The supertalented make-up artist is killing it on SyFy’s FACE OFF competition. Here’s why! 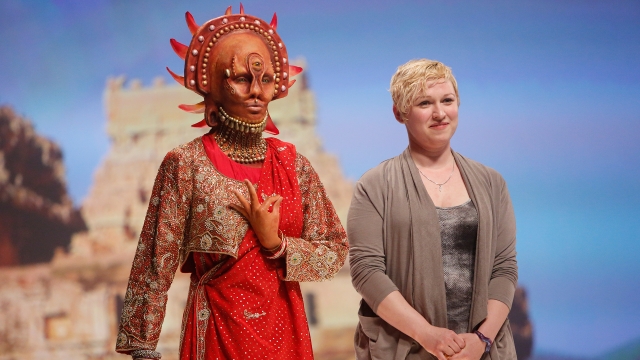 CGI may rule the roost these days in science-fiction movies and TV, but serious props go to people like Stella Sensel, a practitioner of the art of monster and fantasy make-up.

I’m telling you, Guillermo del Toro needs to hire this woman. Take a look at her work and check out this MIGHTY Q&A and you’ll know why.

And check out Stella in action: Face Off airs Tuesdays on the SyFy Network at 8/9 Central. There’s also a Fan Favorite Tweet-Off during the show. All you gotta do is tweet #FaceOff and say something nice about @stellasensel. (Make sure you check out her website, too: www.stellasmakeup.com!) 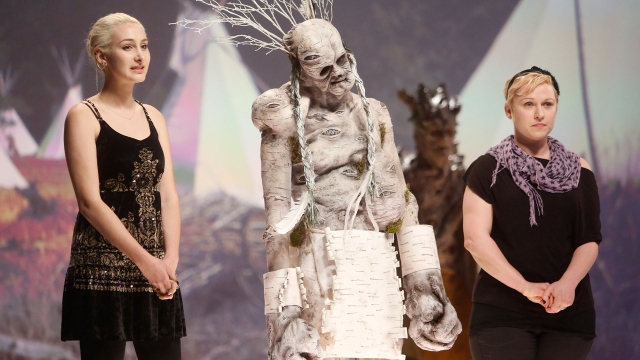 Stella Sensel: I’m originally from Milwaukee and I went to a performing arts middle school and high school. That kind of constant exposure to the arts was probably the most important thing that ever happened to me. I was into art and drawing my whole life, but at some point I got into theater and had my first exposure to makeup there. We had to learn how to do stage makeup in high school as part of our theater curriculum. But I never thought of makeup as a career opportunity. So I went to NYU for drama and had the time of my life in drama school. However it turns out I didn’t want to be an actor! So I got a job working in Halloween Adventure (in the East Village) and I stayed with the company for about 12 years.

How did you get onto the show?

I auditioned for Face Off twice. For Season 5 and Season 7. I basically had to submit a 5-minute video of me applying FX makeup to myself and telling them why I should be on the show. I got a callback for Season 7 and they flew me out to LA where I had to do another audition makeup in very much the same way. Apply to myself. And then I had an interview with the producers.  I guess they liked my work enough and my personality enough to put me on TV. 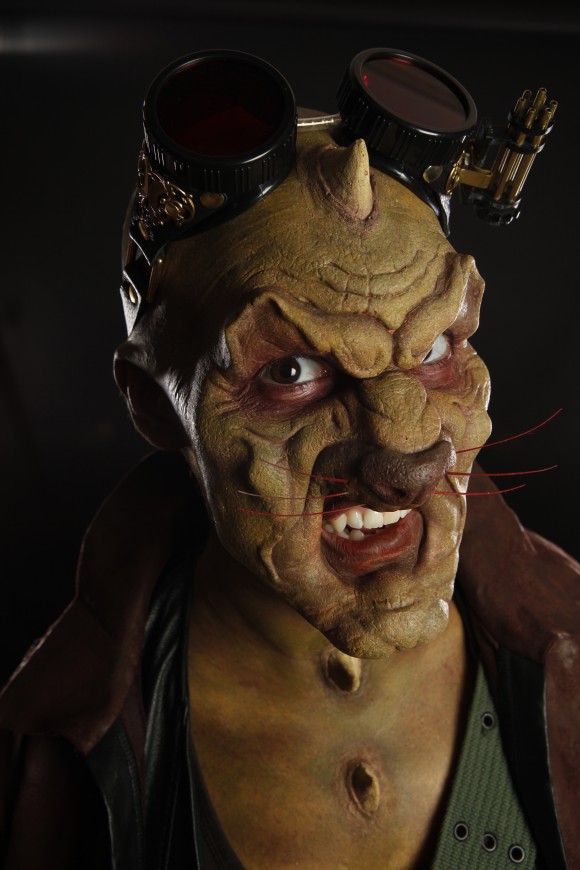 Alien Erin. A friend of mine. Photo by Angel Chevrestt.

Tell us what you’ve done professionally with this awesome talent so far?

I’ve worked on a lot of indie films, student films, webisodes, etc. Most recently I did some makeup for the new Afghan Whigs video “Matamoros.” I’ve had a seven-page spread in Vogue Netherlands, I’ve done a few commercials and other magazine spreads. I did a wacky alien commercial for Major World auto dealership. That was fun! I competed in the student competition for the 2013 London IMATS (International Makeup Artist Trade Show) and came in Second Place. During Halloween I set up shop outside of Halloween Adventure (because there isn’t any room inside) and take appointments for Halloween makeup. I take commissioned projects as well. Right now I’m doing a custom Michael Jackson mask for a client, and I’m being flown to Syracuse to do a body paint, and I’m in talks right now to be flown out to Italy in January for a student thesis. I’m really hoping things pick up and never stop.

You’re obviously into sci-fi/horror movies, etc. What are some of your favorites?

A Nightmare on Elm Street series 1-5 (the best ones), Farscape (I know its a TV show but the makeups were EPIC), Little Monsters (yes the one with Howie Mandel and Fred Savage), The Fifth Element, Doctor Who (the new one!), Labyrinth (Davie Bowie), Pan’s Labyrinth, Legend, etc.  I love horror movies, but I like fantasy/sci-fi character makeup better. Freddy was my first love though. 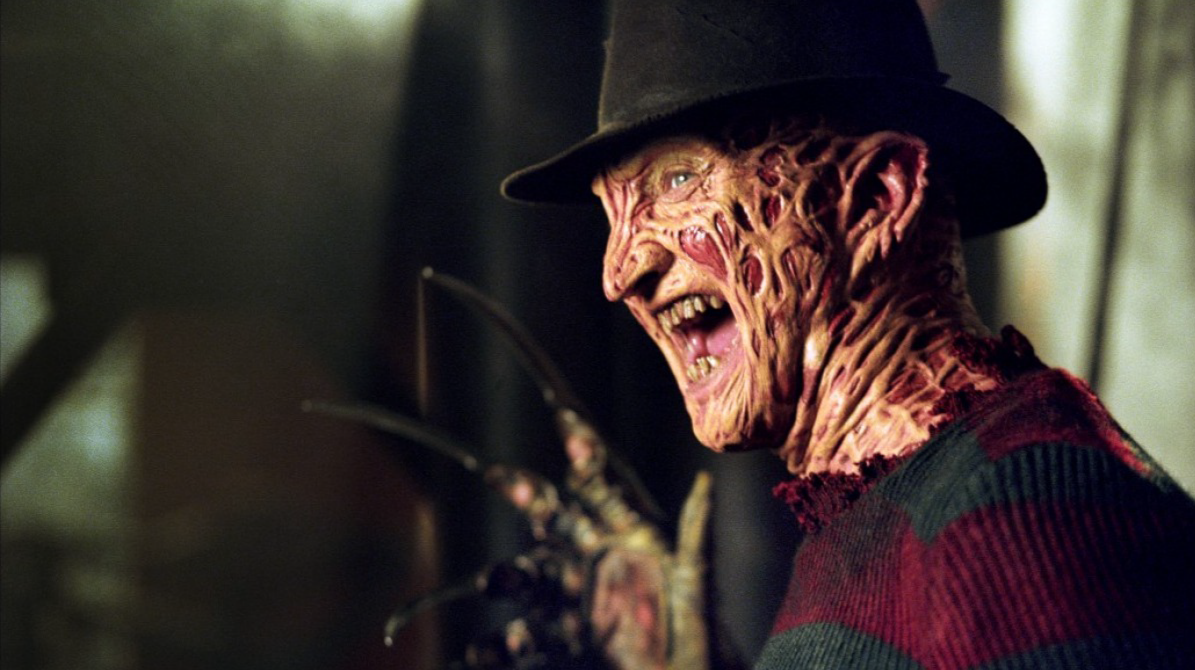 What’s the hardest thing to do in this kind of art?

The hardest thing to do is to not be your own worst critic. Seriously… I’m never satisfied, I’m never done working on a piece. The trick is to find a stopping point and to trust that your work is good. I can be staring at something on a makeup that NO ONE ELSE WILL EVER NOTICE, but I notice and it bugs the crap out of me.

Have you done any CGI work or are you strictly into the make-up aspect? Do you think that make-up like this is becoming something of a lost art?

I haven’t done CGI as I’m not adept at complicated computer things. I would love to do a CGI/practical makeup collaboration at some point in my career. I don’t know any folks that are working makeup artists that do CGI. There is a school of thought among us that hates CGI and there is a school of thought that think that CGI & practical can have a happy marriage, but just CGI… we don’t like. 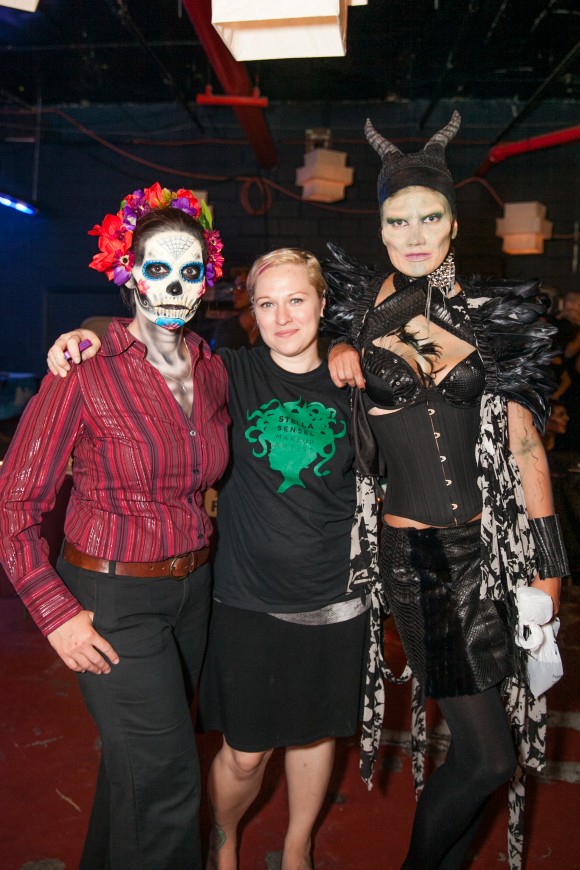 What’s been your best experience since you started doing this kind of art?

By far my best experience has been my time on Face Off. I don’t know that this will always be the case. But for now, nothing else I’ve done can top the experience I just had. I met a bunch of wonderfully talented artists whom I adore, was mentored by Michael Westmore, was given amazing critique by judges that I admire. Whether it was positive or negative feedback they were always trying to help us be better artists. It was definitely a time I will cherish for years to come. Who knows, maybe I’ll get a job on some epic Tim Burton film where I get to work with Ve Neill, or they bring back Farscape and I get to work with Dave Elsey and the Henson Creature Shop!!!

Tell us about your all-time greatest Halloween costume.

I have to say, I don’t much dress up for Halloween anymore, nor have I dressed up the previous 12 years because I was too busy working during Halloween. But my mermaid costume that I made when I was 16 was epic! 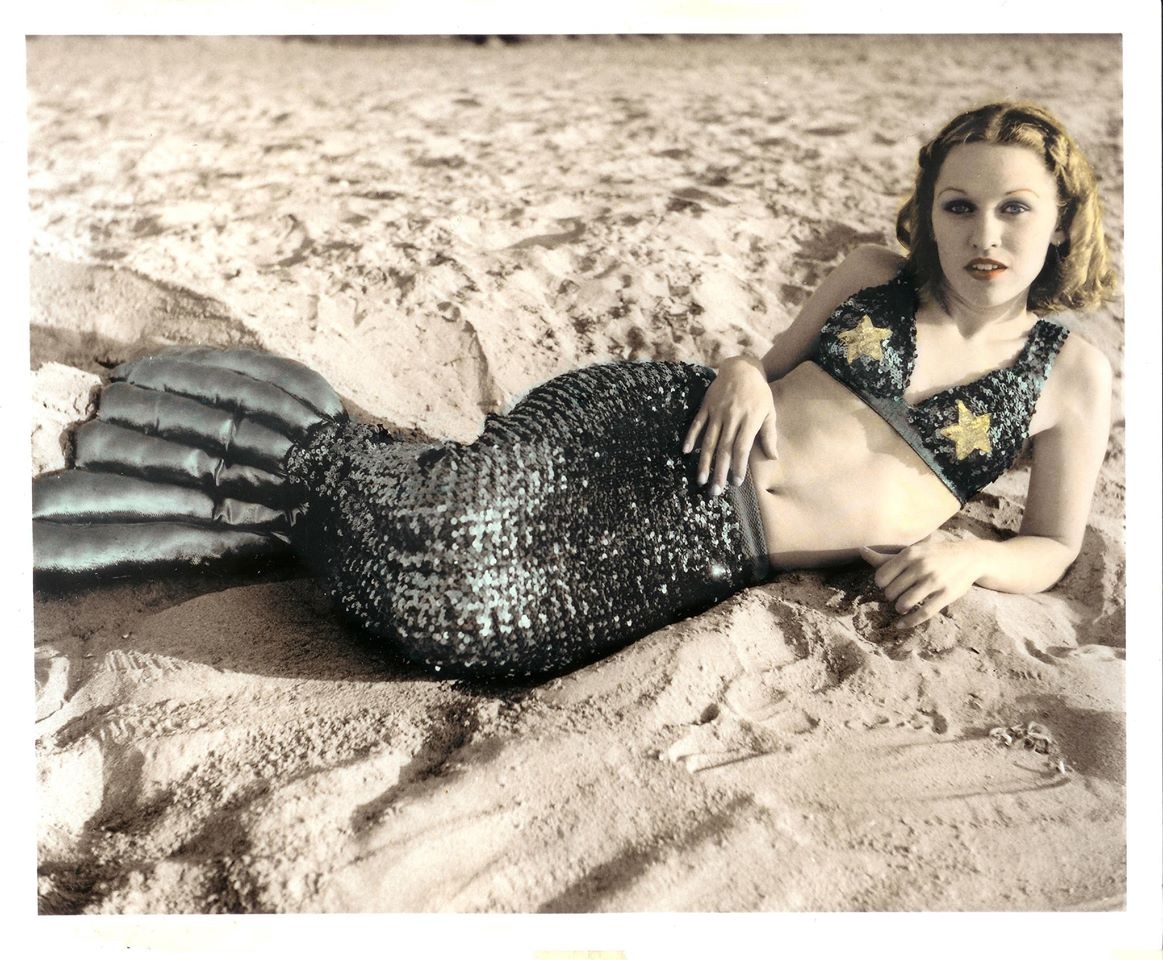 I swear to God, I thought this was a pic from the 1940s. Photo by Mary Ann Onorato.