Ira Schnapp rode the crest of Batmania at DC Comics.

Part 4 of a five-part series on the great DC Comics designer of the Golden and Silver Ages.

Ira Schnapp’s 30-year career as DC’s prime logo designer, cover letterer and house ad calligrapher (1938-68) hit a pop apogee of sorts in 1966, when DC head Irwin Donenfeld (son of founder Harry) came up with the idea for “Go-Go Checks” on top of all of DC’s covers, so that readers would easily distinguish them in the comic racks; he worked with production head Sol Harrison and Schnapp to design them.

They, along with Schnapp’s Direct Currents logo (DC’s take on Marvel’s Checklist), remain pop signifiers of the time of the Batman TV series boom, when the show’s Roy Lichtenstein-inspired Pow! Bam! sfx type gave Schnapp creative license like never before to make his cover type the star of the show!

Look how much his type and artistry are a part of these great Infantino covers! Schnapp helped make them so successful that Donenfeld promoted Infantino to cover designer of DC’s entire line (and eventually publisher) in ’67! 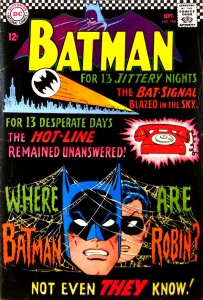 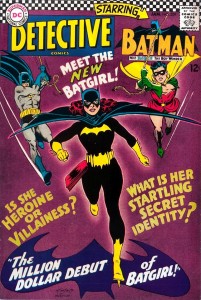 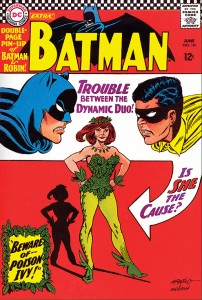 (All of the Schnapp examples discussed here will be on display in big, bold, three-dimensional designs at my Type Directors Club exhibit.)

This offbeat ’68 cover of the Secret Six is his design—but Infantino favored letterer Gaspar Saladino over Schnapp (that’s Schnapp’s logo at top, Saladino’s at bottom). 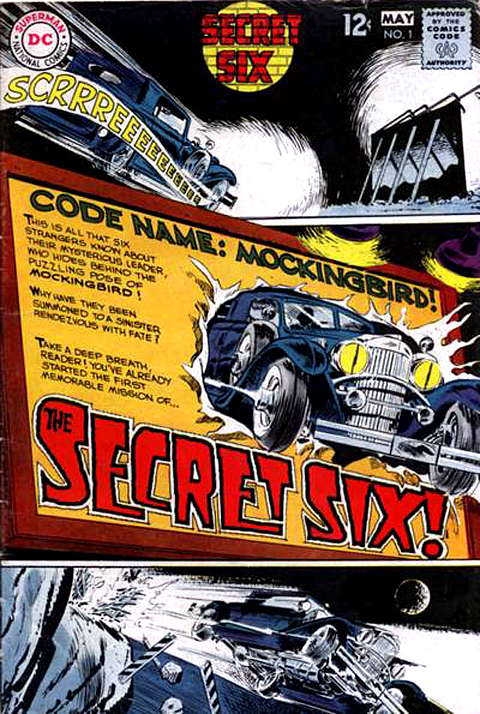 So what happened to Ira Schnapp, the man who designed the DC bullet logo, the Comics Code stamp, and just about every DC Comics logo you can think of —including perhaps the greatest one of all, one that we haven’t even discussed yet in this series?

You’ll find out NEXT WEEK, in our concluding installment… The Super-est Logo of Ira Schnapp!