I recently caught up with Adam McGovern, who told me of his new project Nightworld.

So Adam, tell me about Nightworld — what’s it about? 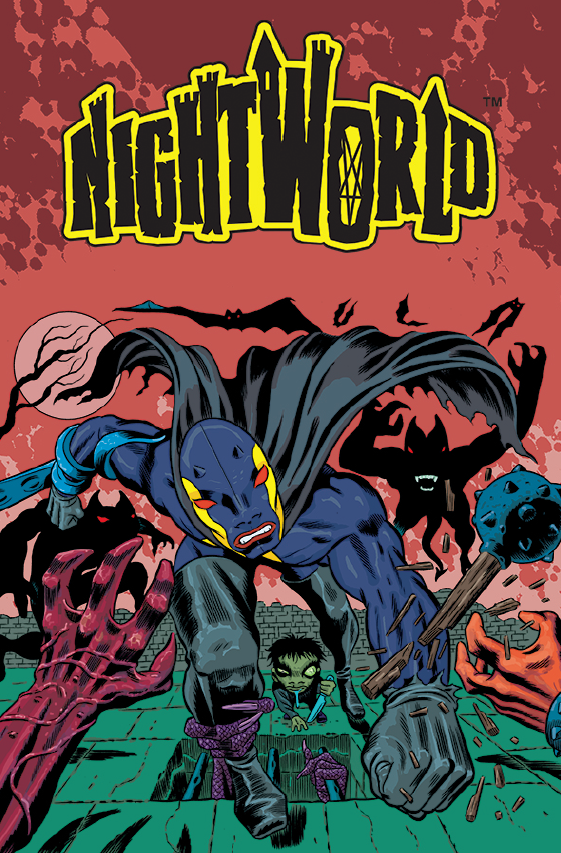 It’s an art-house grindhouse blockbuster that resurrects the monster movies and romance comics and Kirby visuals of comics’ midcentury heyday and hopefully rebuilds them quicker, sleeker, snarkier than they were before. 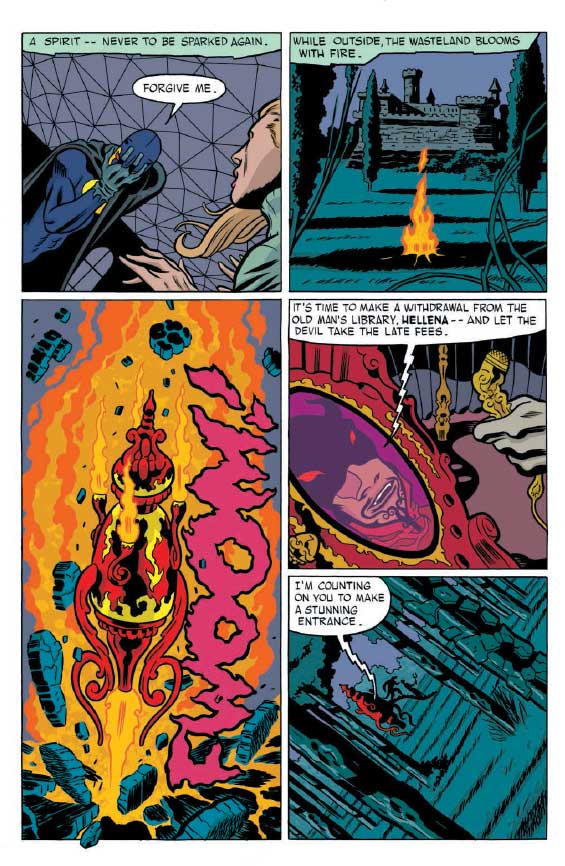 Who’s working on it? Who’s doing what? The art looks amazing!

That’s Paolo Leandri, artist and creator of Nightworld; we’ve been collaborating since 2006 when I came to him with the first idea for our self-published cult hit Dr. Id, Psychologist of the Supernatural — it was nominated for an Ignatz Award and it was an honor just to lose to Adrian Tomine. But our course was set and Paolo came to me with the spooky saga of Nightworld and we developed it together. 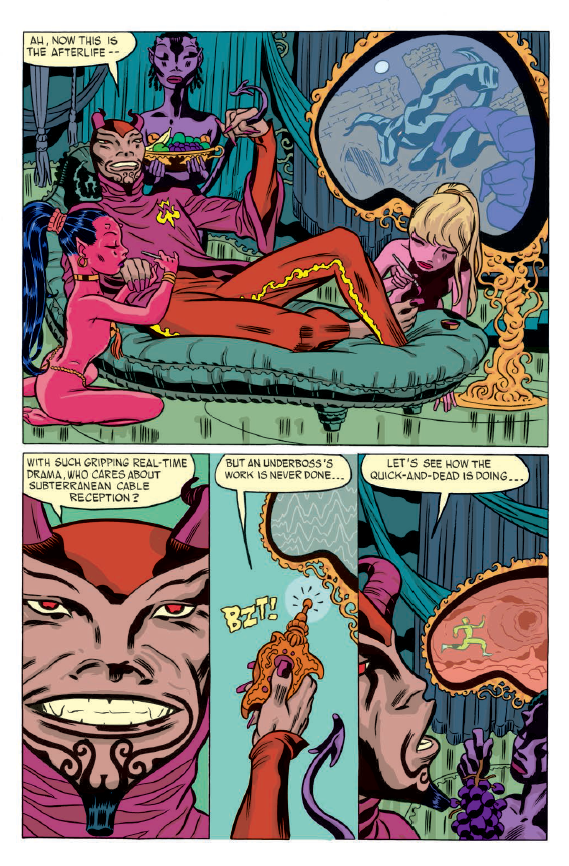 We did the first issue “Marvel style,” drawn by Paolo and with me scripting over that (I also gave the book and most of its characters their English-language names — Paolo scribes his illuminated illustrations from a small town in Medieval Italy where he was born). It became more of a team effort as we went on, with me doing almost script-length story-treatments and Paolo then throwing me off, and into the exciting midnight sky, with whole new ideas and scenes when some of the drawings came in.

Our color-artist is Scotland’s Dom Regan, who colored most of Paul Pope’s One Trick Rip-Off book; Dom is truly the third collaborator, granting atmospheres that make the chill of the nighttime settings real while you’re reading them. 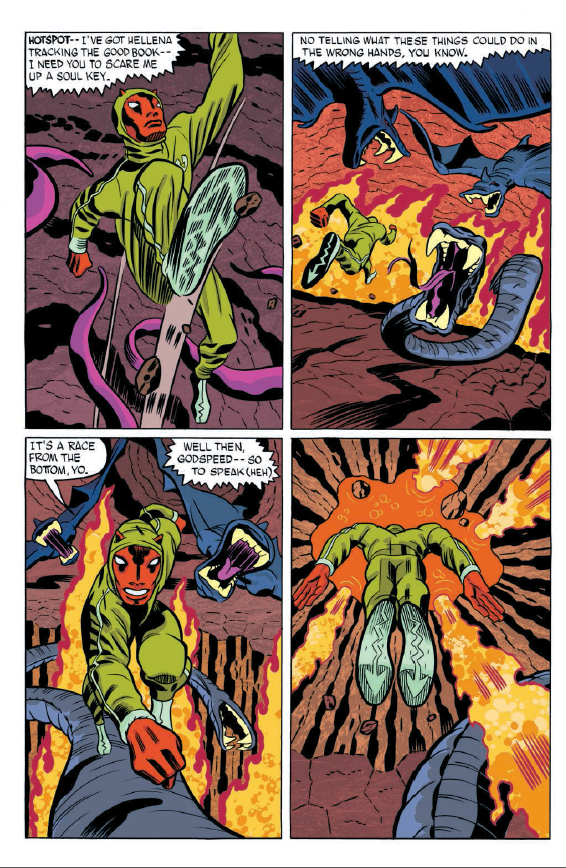 Can’t help but noticing a bit of Kirby influence, was that you or the artist or both?

The pop-art influence is natural to Paolo’s style, but he goes to the root of Jack Kirby’s spectacular sense of design for fevered visions all his own.

Who’ your audience? Who’s going to read Nightworld?

If you like monster-fights with your metaphors and humor with your hellspawns you’ll enjoy Nightworld’s road to hell and thrill-ride to redemption!

Thanks Adam! There’s more info over at Image Comics.