The editor of the Book Review explains how it will cover comics in the future.

While in the midst of writing my dissertation on comic-book scholars, I saw the news that The New York Times has decided to stop compiling bestseller lists for graphic novels. Instead they will include them in fiction and non-fiction categories alongside “regular” books like they used to. This information was not included in the first news, so there was a lot of outrage. I, of course, tweeted something angry about this because I’m tired of graphic novels — or comic books as I call them — being rejected as real literature.

I decided not to let it drop and asked Pamela Paul, The New York Times Book Review editor, if she would answer a few questions.

Her answers made me rethink my initial, frustrated stance. 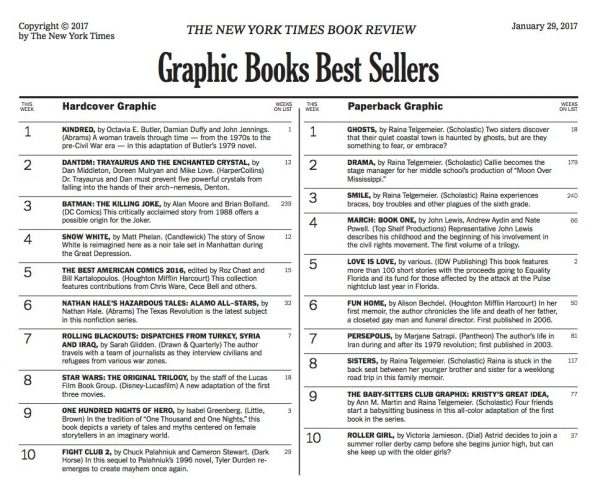 A few of the reasons this is happening, she explained, is that The Times is trying to reach more readers with limited resources: “We are expanding our coverage of those formats outside the bestseller lists in ways that reach and resonate more with readers of The New York Times. We do not have unlimited resources as a news organization, and must allocate the resources we do have in order to reach readers where they are.”

She insisted that The Times is committed to the genre. Though I need to point out here that while she called comics a genre, they are NOT. Comic books and graphic novels are a medium and not a genre — something that many people confuse. This should be a mantra. No one would think to include Joe Hill and Gabriel Rodriguez’s Locke & Key in the genre of children’s books, but it would be considered in the same medium as Art Baltazar and Franco’s Super Powers.

That said, she did remind me that The New York Times featured “a graphic novel on the cover of the Book Review this first issue of 2017. On our 10 Best Books of the Year list, we included a graphic novel twice in the last five years, among all the books published in those given years.”

I asked Paul if she was surprised that people were upset by the news.

“Nobody likes anything being taken away, including me. I was surprised that people misinterpreted the news, mistakenly reported that it meant that GN/comics couldn’t be on the bestseller lists anymore (which they can).” 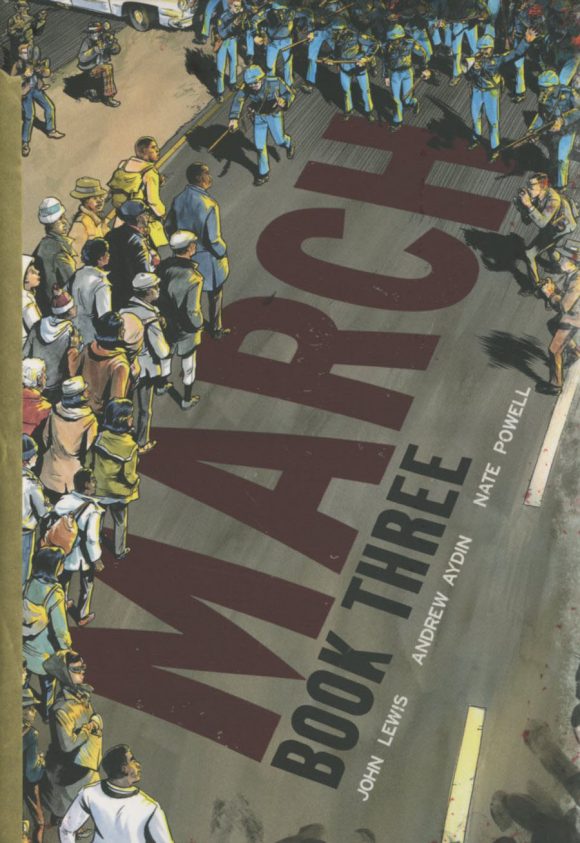 She added, “I was especially surprised that as part of the reaction, people were upset by us referring to March as a children’s book. We had just featured a story on the book on our home page … about March winning four major children’s books awards from the ALA (American Library Association), a record.”

(I’ll remind you, if you missed the news, March: Book 3 just recently won the National Book Award for Young People’s Literature. If you have not read the March books, please go to your local comic book shop and get them now. Timely and important.)

Paul said The Times does not want to ignore graphic novels: “We recently introduced graphic reviews, in which prominent illustrators and comic-book artists review a book graphically. We also recently began doing weekly Facebook Lives with illustrators and comic-book artists in which they showcase their work. … George O’Connor did one with our children’s books editor, which attracted a far greater audience than our graphic novels/comic book bestseller list has ever done. We are big believers in the genre, which is why we are increasing our coverage in these ways, and doing so in ways that resonate with readers.”

Needing to wrap up my questions due to both of our deadlines, I asked her what she personally thought of comics and graphic novels.

“I have three kids, all of whom read graphic novels and comics religiously,” she said. “And I read them too. There is no disdain here for the format, only admiration. Our walls are covered with their work. Our shelves are filled with it. We know that this is one of the formats that is of huge interest to readers. For young people in particular, graphic novels and comics are often a way into literature, and we intend to foster and honor that.” 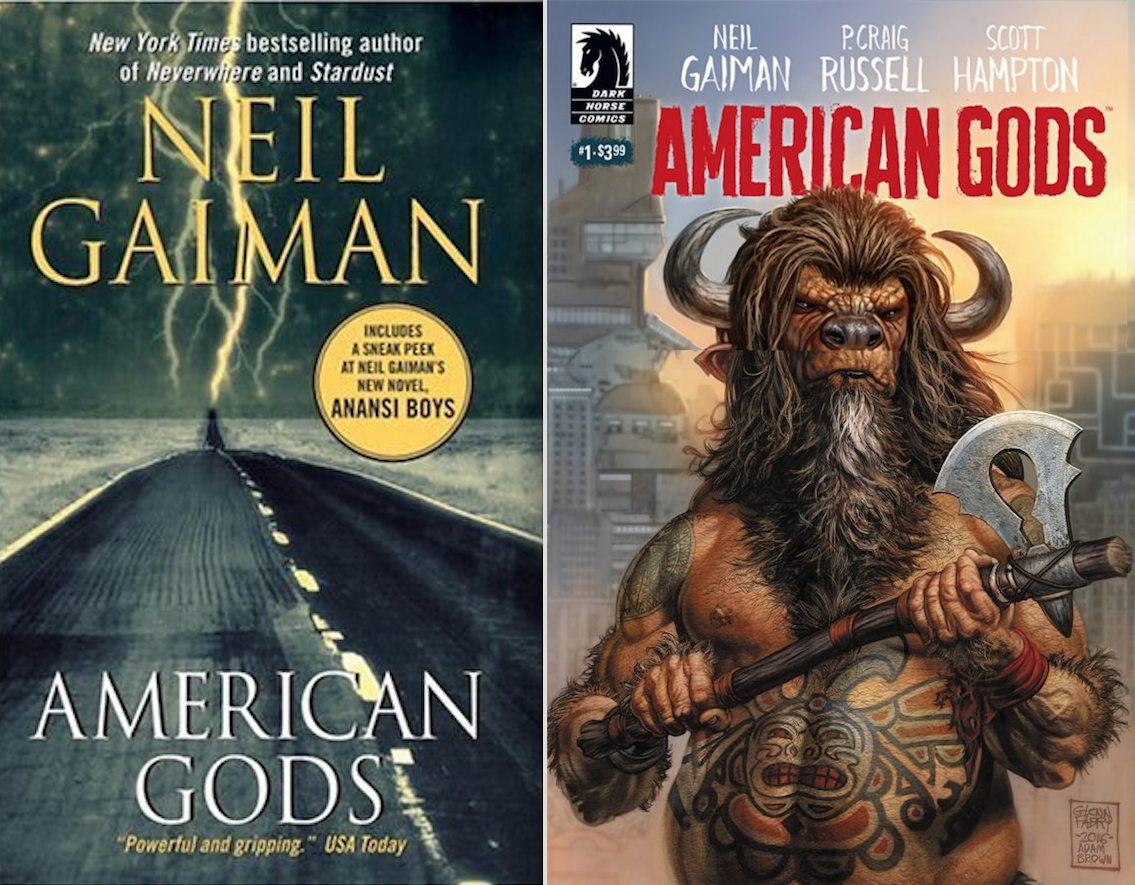 Neil Gaiman’s American Gods: The novel on the left, the upcoming comics adaptation on the right. Will the comics version also make the Bestsellers list?

I hope The New York Times does continue to cover comics and graphic novels and that their coverage will help the comic-book industry to flourish.

With information flowing on the internet in bits and pieces when the announcement was first made, many people were upset, with a lot of mixed reactions from the comics community. Neil Gaiman tweeted that he “liked it better when we had to fight for our place on the list. Don’t mind going back to that at all.” Others would prefer that there was a separate list.

I’m of the mind that if people want comic books and graphic novels to be seen as “the norm,” then incorporating them into lists with other mediums is important. Plus, someone who does not see comic books as valid may do so if they are on a list with prose novels.

Maybe this is a good move and maybe it isn’t. Time will tell. If a librarian or school teacher depended on these lists for information, this move could be an issue. However, I would recommend them visiting their local comic-book shop (surprise!). They will find that comic retailers are full of information and have great suggestions on what can be included in library collections or used in the classroom.

If you need a local shop, check out the Comic Shop Locator: Click here.

13th Dimension columnist Christy Blanch is a writer and educator. She owns and operates Aw Yeah Comics in Muncie, Ind.