A JOKER WEEK EXCLUSIVE BONUS: The acclaimed artist explains why you should see the controversial Joaquin Phoenix vehicle…

We wrapped up JOKER WEEK with a look at why 1973’s seminal Batman #251 by Denny O’Neil and Neal Adams — which has been a centerpiece of the week’s coverage — is evidence that the Bronze Age is the true Golden Age of comics. (Click here.)

But in a moment of fortuitous timing, I sat down with Adams at New York Comic Con and he gave me his review of the polarizing Joker, starring Joaquin Phoenix and directed by Todd Phillips — the film whose release inspired me to do JOKER WEEK to begin with. 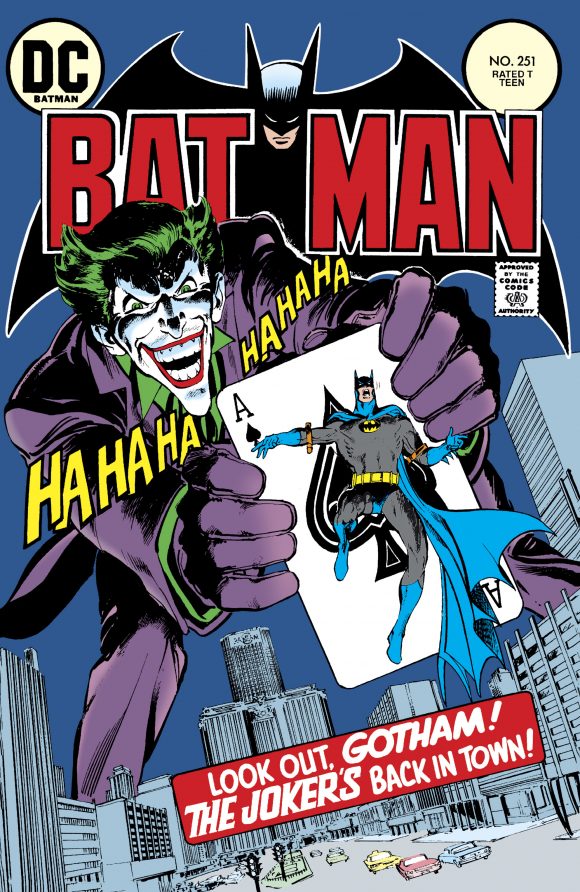 The Batman #251 Facsimile Edition, out now.

There are a handful of writers and artists who’ve been crucial to the evolution of the Clown Prince of Crime and Adams is among those at the very top of that list — he and O’Neil set the foundation of the Joker we see in modern times.

So, as an EXCLUSIVE JOKER WEEK BONUS, here’s his SPOILER-FREE review of a movie that’s become a cultural lightning rod — as told to yours truly. — Dan

The first half hour you’re going to hate, OK?

“What the hell is this?” you’ll think. It’s like, “Oh, Jesus, am I gonna watch two hours of this guy going through crap? And then nothing will happen at the end – because it’s like a French movie?”

Which is basically what French movies are like: “Oh, I’m gonna have to experience it with this guy and nothing will happen at the end, it’ll just be screwed up.”

But then you’re into it an hour and I’m going, “Well, it’s not quite like a French movie. Because some things are happening but it’s really sad and unfortunate.”

And as the movie is progressing, I realize I’ve been interviewed on Joker a bunch of times and the conversation comes down to, really, how come his face is white and his lips are red and his hair is green? 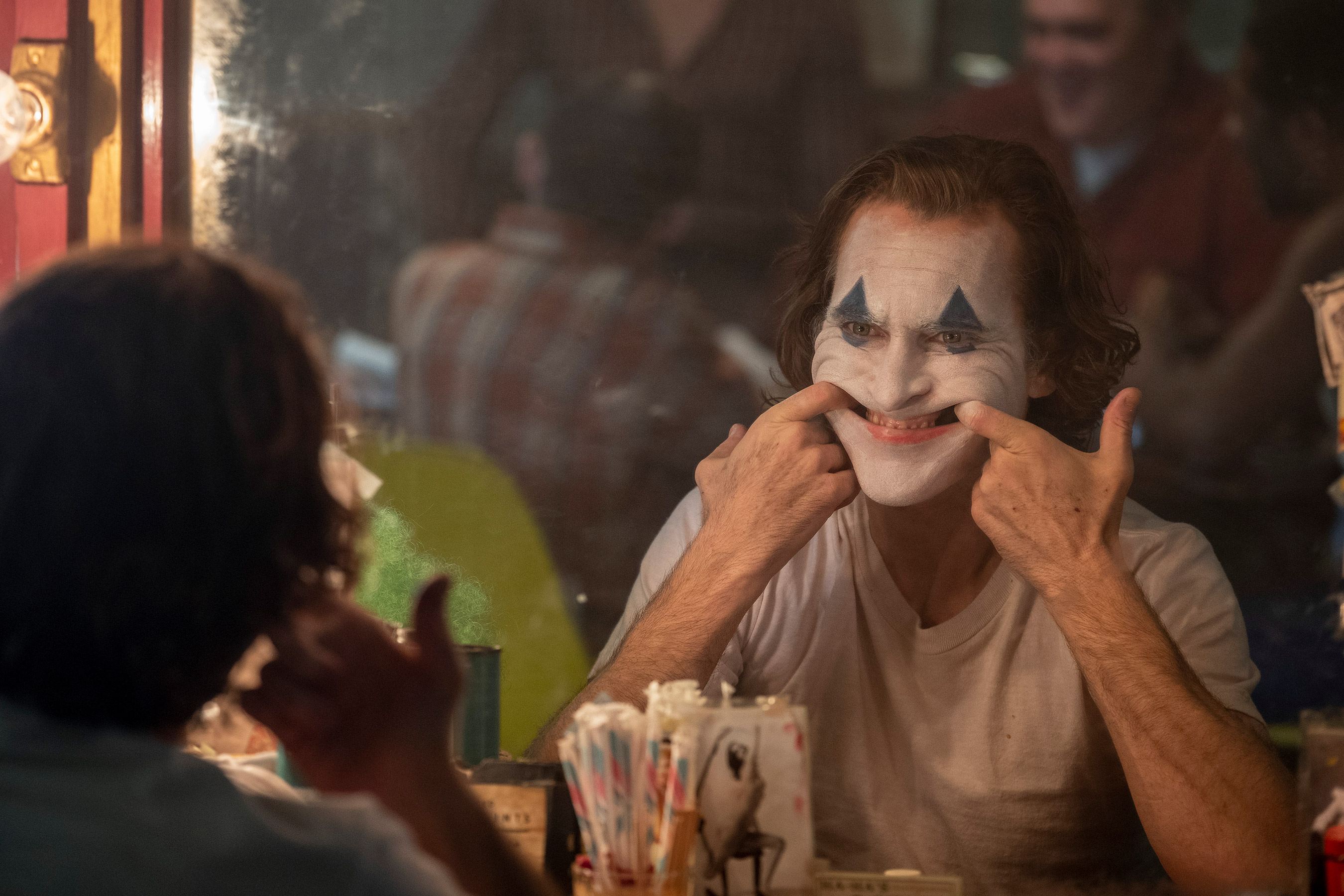 And the answer is because he fell into a vat of chocolate. Or chemicals, or whatever it is, and something happened, and it screwed up his face and put on this constant smile – which he never really has, anyway, right? But he’s supposed to.

And I thought, “That’s interesting.” Because that’s all it is. Those interviews and those questions and those answers. But they don’t ask or answer the real question.

The real question is: Why is he insane?

I mean, who cares what his face looks like? Who cares if he’s white and has got lipstick? You want to know why he’s insane.

And so you kind of go, “That’s the question!” 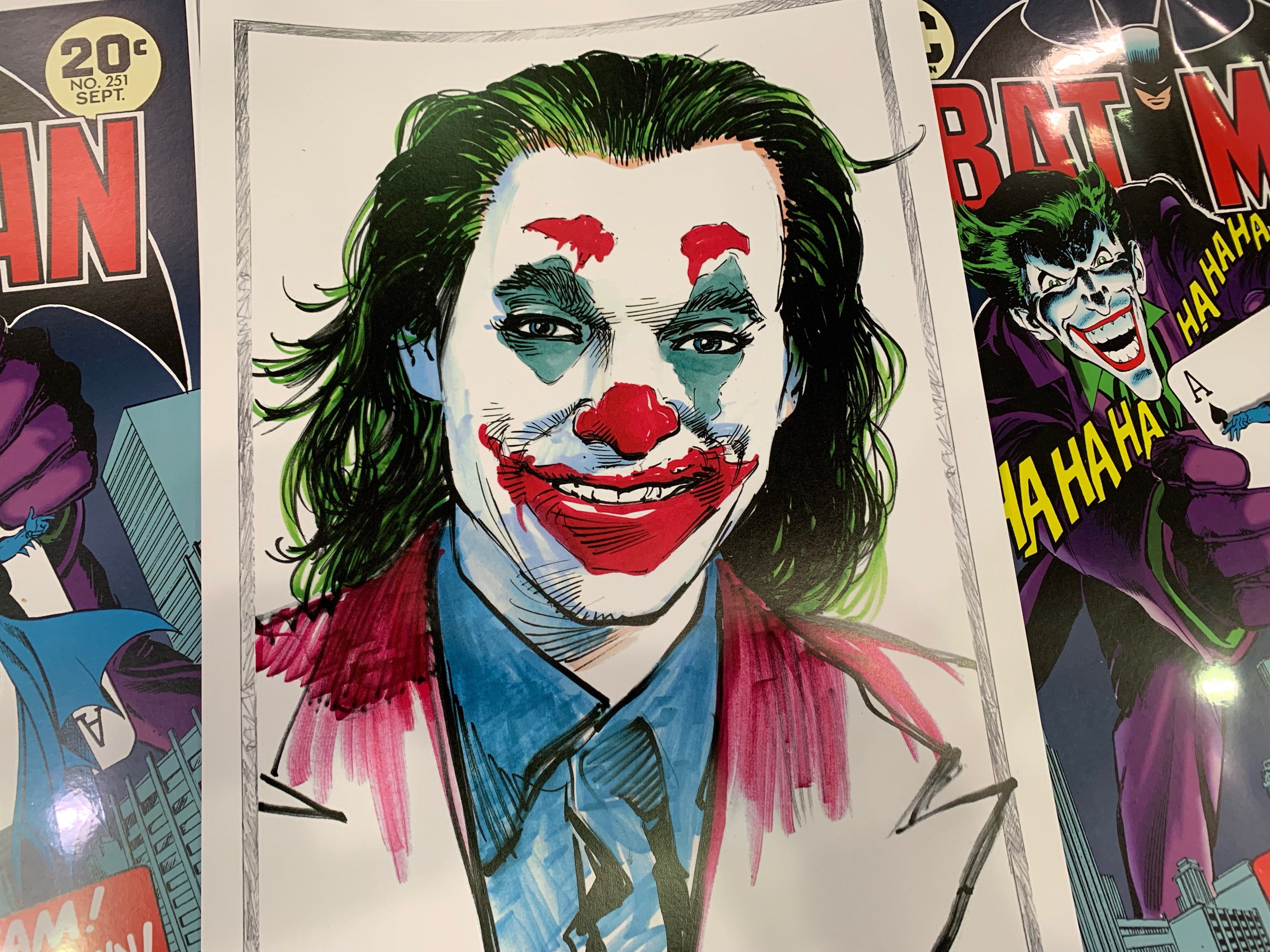 Adams’ Joker print at NYCC, flanked by prints of the Batman #251 cover.

They’re dealing with his insanity.

So, there are all these reasons why people are insane.

But people really don’t pay attention. People are insane and everybody ignores them. And nobody cares about them. Nobody does anything about them – and we live in a society where those guys end up shooting children in a school.

Because they’re nuts and we haven’t stopped early on to do something about it. 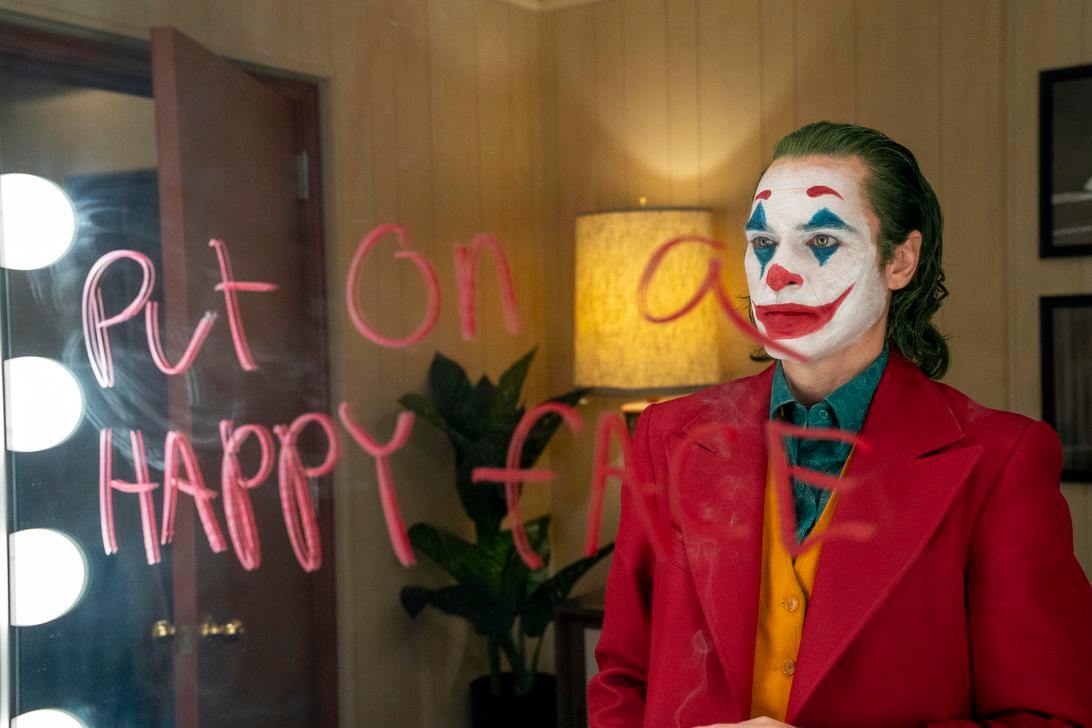 And then you realize that’s what they’re exploring in this movie.

They’re exploring the Joker and how maybe he didn’t have to be the Joker. And they’re telling one of the myriad stories that could be told of the Joker.

They told me in their version why the Joker’s insane.