It’s NEAL ADAMS MONTH here at 13th Dimension, and we’re featuring daily commentary by Adams on his variant-cover project for DC Comics. Each of his 27 variants is a twist on one of his famous covers from the past. He provided the pencils, and the inks and colors were handled by some of the biggest names in the business like Bill Sienkiewicz and Jim Lee.

Our previous installment featured Aquaman #49, which was based on Batman #251. (Click here.)

In this segment, it’s We Are Robin #9 — out now — which is based on Detective Comics #408, cover-dated Feb. 1971. The new cover is inked by Sandra Hope and colored by Tomeu Morey.

I always found this cover unsettling, which is the point, of course.

Here’s Neal with the nitty-gritty of it: 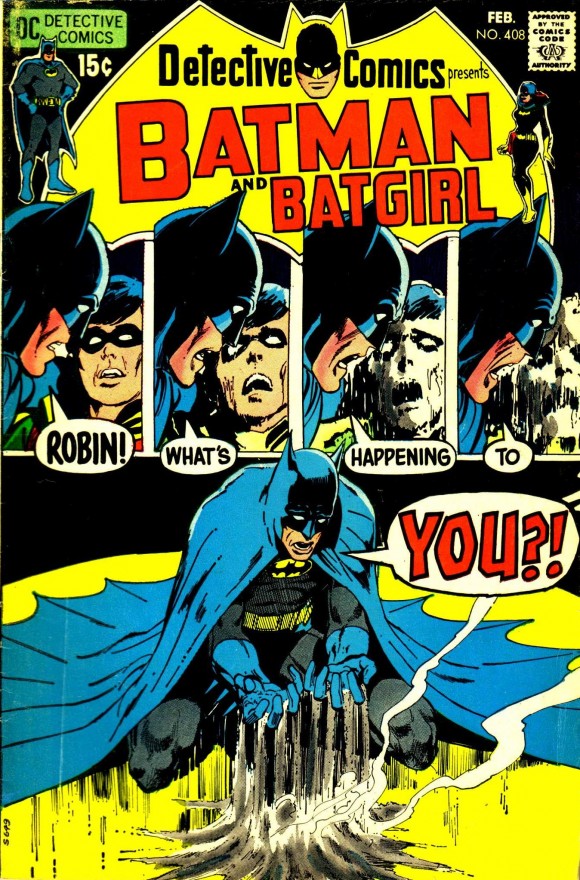 Neal Adams: This is one of those experimental covers that I had no idea if it would work because I’m drawing panels on a cover. Which really is almost the mark of a bad cover. If you were to say, “Yeah, do a lot of extra panels on a cover,” that’s pretty much a failure of a cover. As it turned out, the idea was simple enough that it survived the different panels. There is this special relationship between Batman and Robin which doesn’t necessarily carry across to these (new) characters but it’s the impact of the bottom panel that makes it work. 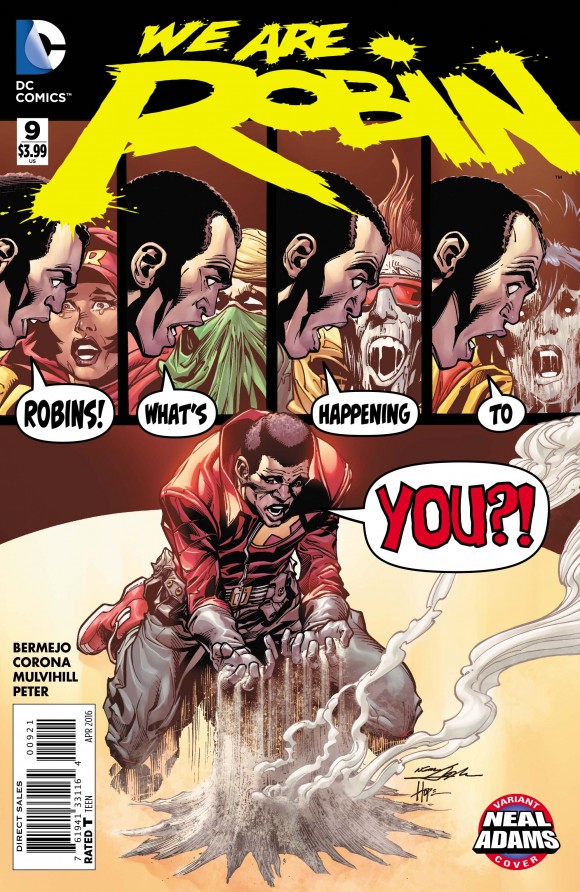 So the eye goes to the place that’s important, and it was done professionally and the artist (Sandra Hope) did a great job (inking). And then the other characters, you don’t even realize — it’s not like one character dissolving, it’s one, two, three, four characters dissolving, which is a slightly different idea but since this is the important thing (below), that’s what makes it work. This (up top) is almost incidental.

This is one of those covers you go, does it work? Yeah. It works. 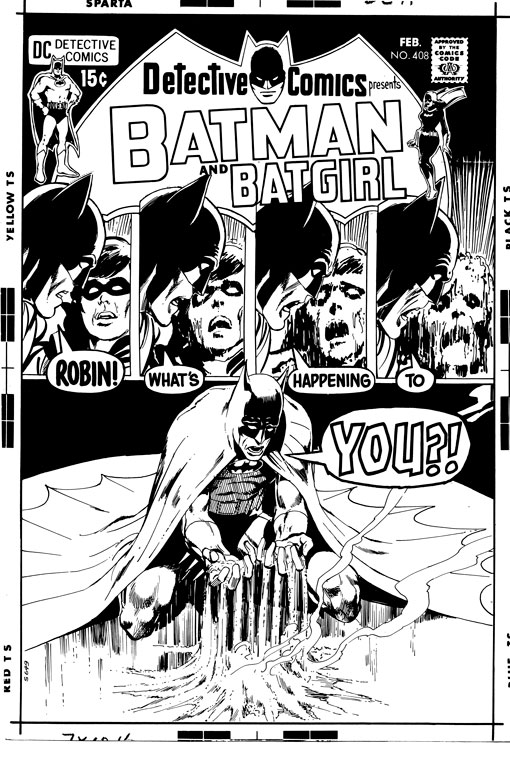 Dan Greenfield: The funny thing is, as a reader of We Are Robin, what does make it work—and you’re right, of course, the relationship of Batman and Robin is a lot stronger than Robin and other Robins — is the relationship those characters do have, particularly with the main character, Duke, and how protective he feels toward the others. So there’s an echo.

Neal: Also, there are some ideas that are good ideas, period. The main character being in the middle of the stage being tragic and having something terrible happen and it dissolving in their hands is the perfect stage moment.

It’s like Hamlet or like Shakespeare. So this is a classic idea that would be difficult to hurt. It would be very hard to hurt this idea. 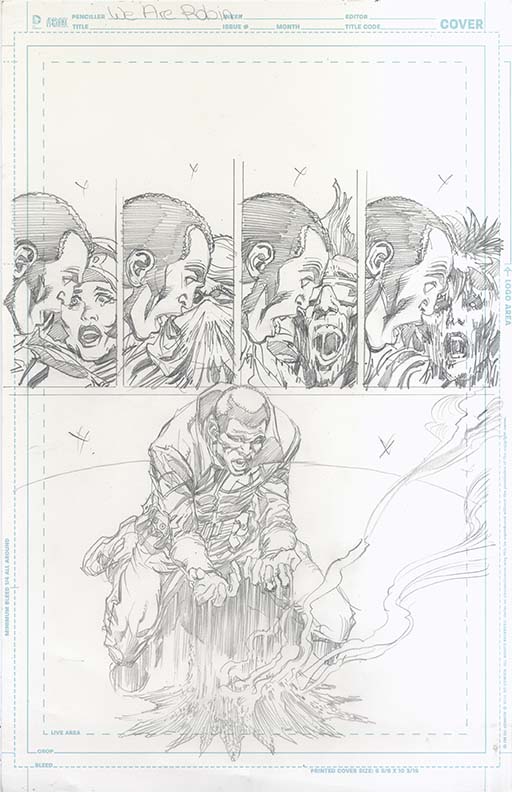 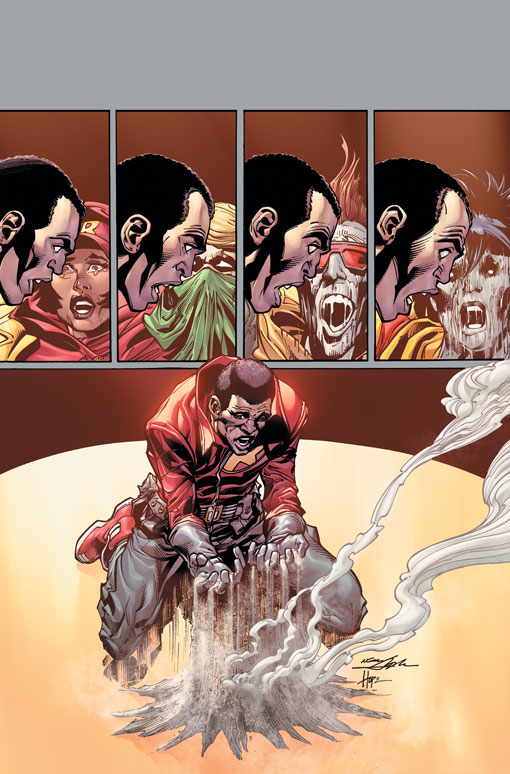 NEXT: Another all-time great pays a visit … Click here.