My Kingdom for a Mego BATGIRL Bend ’n Flex

The eternal frustration that comes with needing That Last One…

My childhood obsession with Mego’s 8-inch superhero line is well-documented here at 13th Dimension but there was another run of figures the company produced that also caught my fancy: the smaller, more rudimentary, rubber Bend ’n Flex bendable slate.

If memory serves me right, I had Batman, the Riddler, Superman, Aquaman, Spider-Man and Captain America. Not a complete set, obviously and – more importantly in this context – not even a complete Batman set. See, Bend ’n Flex figs were like a bonus, an extra but non-essential attraction. With the World’s Greatest Super-Heroes 8-inch line, I wheedled and needled and sometimes downright begged until I got Batman, Robin, Batgirl, the Joker, the Penguin, the Riddler, Catwoman, the three main vehicles and the Batcave (plus a lot more of the non-Bat variety).

Bend ’n Flexes, on the other hand, were a take-them-as-they-come proposition, not something to pine for.

Quick side note: The Mego Museum recently posted a groovy video on the history of Bend ‘n Flexes. Dig this:

Anyway, flash-forward several decades and I decided, what the hell, why not collect all seven Batman-related figures? No especially compelling reason, just because it’d be fun.

And it was fun when I was able to line up six: Batman, Robin, the Joker, Riddler, the Penguin and Catwoman, all in nice shape and pretty affordable.

But then it was like hitting a wall. For at least a year now, I’ve been suffering from that affliction common to collectors: That Last One Syndrome.

I’m sure you know what I’m talking about. You’ve got a complete run or a complete set of something – except that final piece of the puzzle. And no matter what you do you come up short.

In this case, I’m talking about a Bend ’n Flex Batgirl figure. I wouldn’t go so far as to call it a Grail item, but I’ve been fairly preoccupied with landing one. 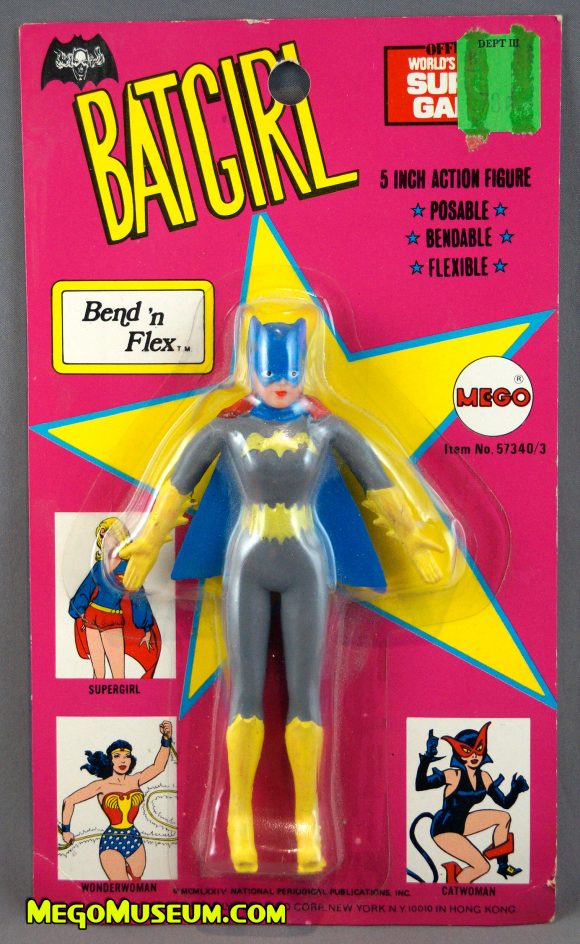 In the Before Times, I would search her out at conventions. Otherwise, I troll eBay and dive into the depths of the web, looking for that little Bat-treasure.

Actually, that’s not entirely true. Bend ’n Flex Batgirl does pop up on eBay – but typically in condition that doesn’t rise to the level of a purchase. (I would rather hold out for a nice one than knuckle under for one that’s filthy or missing a lot of paint.) 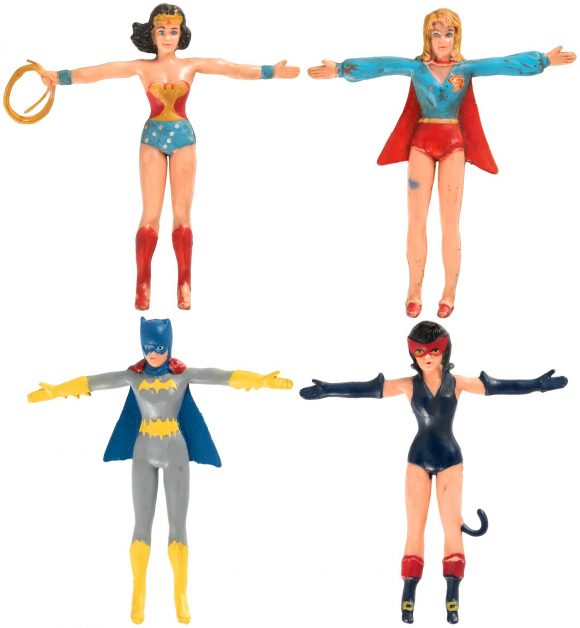 Also not my collection

And so I continue to dwell on it. Not to the point of obsession, mind you, but to a level of preoccupation where the quest has taken on a life of its own. Hardly a day goes by where I don’t make at least a cursory search. And every time, I end up empty-handed.

It’s the plight of That Last One Syndrome.

But I can’t give up now. I’ve been at it for too long. And, hey, maybe one of you has Bend ’n Flex Batgirl gathering dust in a box somewhere. Nothing would make me happier than getting an offer to buy one from a fellow traveler. (You can reach me through the CONTACT section at the top of the page or at dang@13thDimension.com.)

Meanwhile, the search goes on. 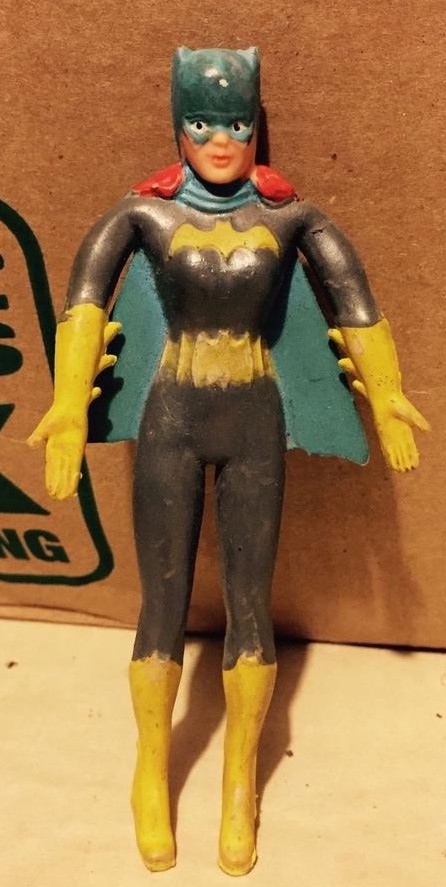 Batgirl: Whose baby are you? Not mine.