NEW YORK COMIC FEST is June 14! Satirist extraordinaire Fred Hembeck will be there! Here’s his fave con memory from before he was a pro! 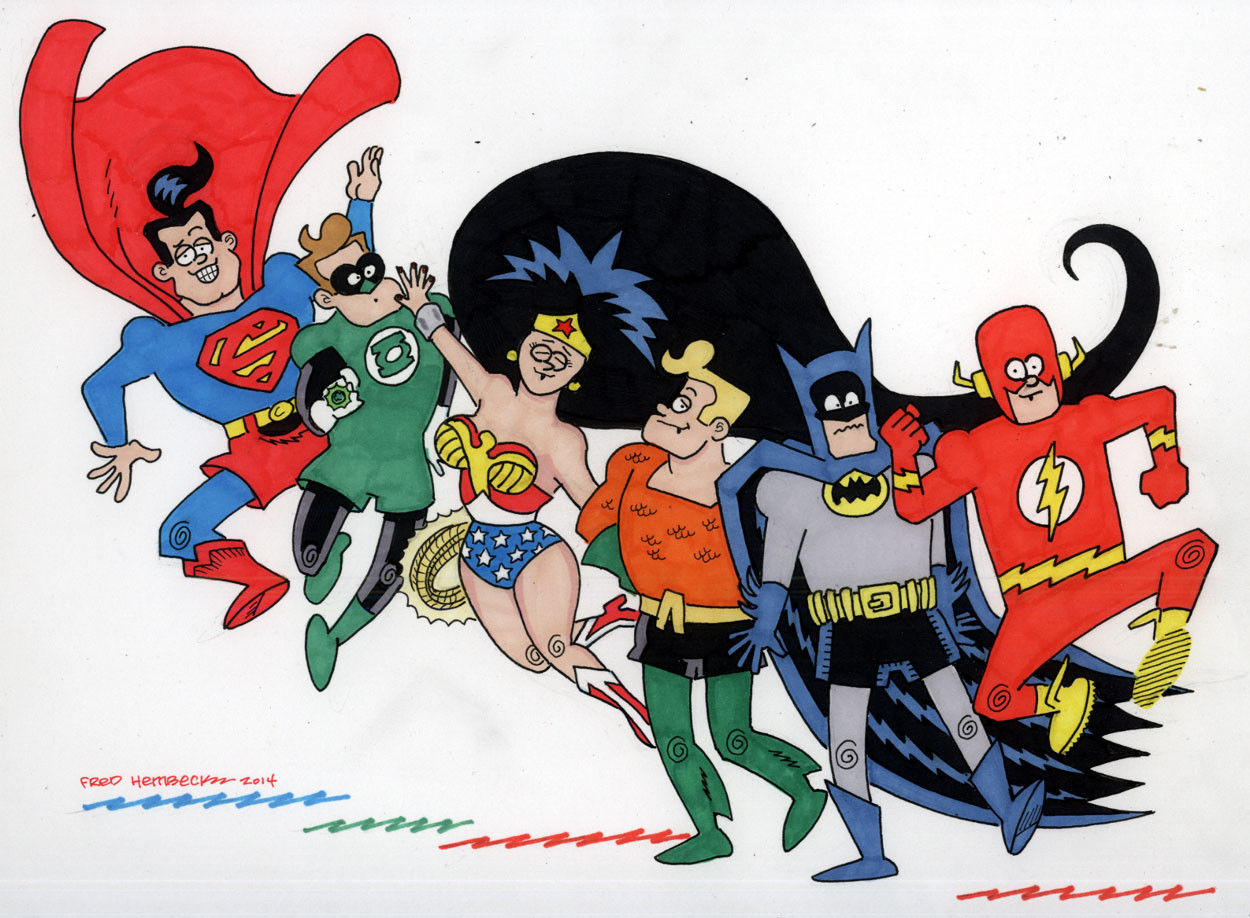 In the mid-’70s, while in my early 20s, I attended quite a few NYC Creation Conventions. I was always transfixed listening to pros speak during the many panels featured. One time, after tiring of continually circling the dealer’s room, my friend Charlie and I noticed that one of the side conference rooms was empty.

When we walked in, I saw that there was a microphone still up on the dais. I paused for a second, looked around, then motioned for Charlie to take a seat in the front row, and approached the mic. Yes, it was the very first Fred Hembeck Panel!

But before I could even complete my introductory remarks, a couple of convention workers entered the room, and quickly ended the proceedings. They thought I wanted to steal the microphone! Sheepishly I explained that, no, there was no thievery involved — I just wanted to see what it felt like to be up there, commanding an audience (even if only of one) with my comics-oriented oratory. The looks they gave me indicated that they both believed me AND thought I was cracked, so we dashed out of there, and hurriedly took our nine-hundred and forty-third stroll around the dealer’s room!

The great irony of this story? Well, after eventually achieving a position that would indeed allow me to command such a stage, I’ve instead spent decades avoiding it whenever possible! Who knew I’d get stage fright?