No, really. For charity! 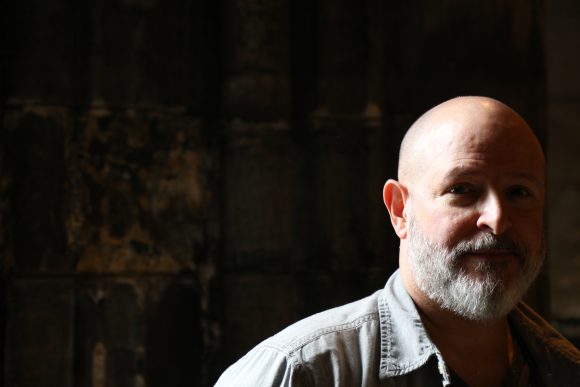 A great number of comics creators are auctioning off their hard work for charity or to help comics shops during this crushing coronavirus pandemic — but Hellboy creator Mike Mignola is going in a completely unexpected direction with a series of illustrations that run counter to his reputation as a master of the macabre.

I mean, check out Tony the Tiger — part of a whimsical series of, yup, classic cereal characters: 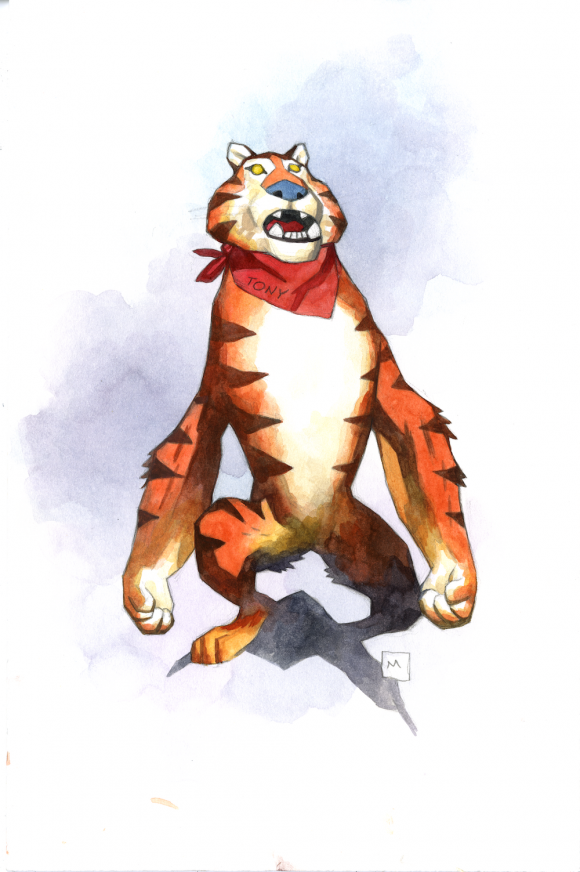 “I was doing all these sketches just to keep myself occupied—to avoid thinking about what was really going on in the world—and as they began to pile up I started to think maybe there was a way to do something with them that would do some good,” the artist said in EXCLUSIVE comments to 13th Dimension. “It was my wife who suggested World Central Kitchen. José Andrés has an amazing track record of providing food in times of crisis. We are happy to do a little bit to help with that.”

Mignola’s been sketching characters like Astro Boy and Godzilla, too and you can find his listings on eBay.

But to me, the cereal characters are next-level cool.

I mean who wouldn’t want to see a Mignola book that teams Tony up with Toucan Sam: 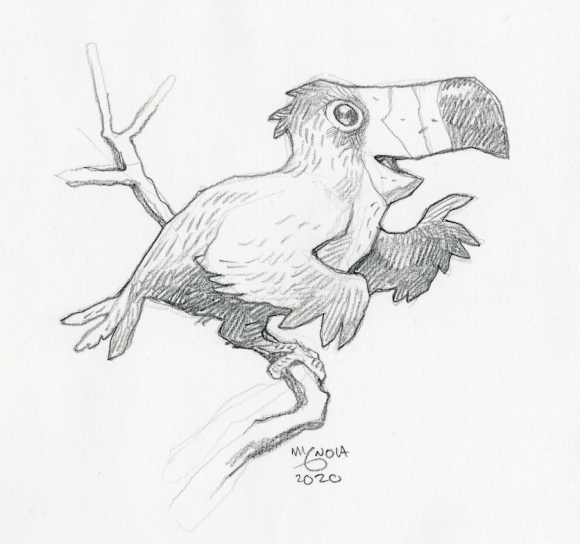 Or Snap, Crackle and Pop: 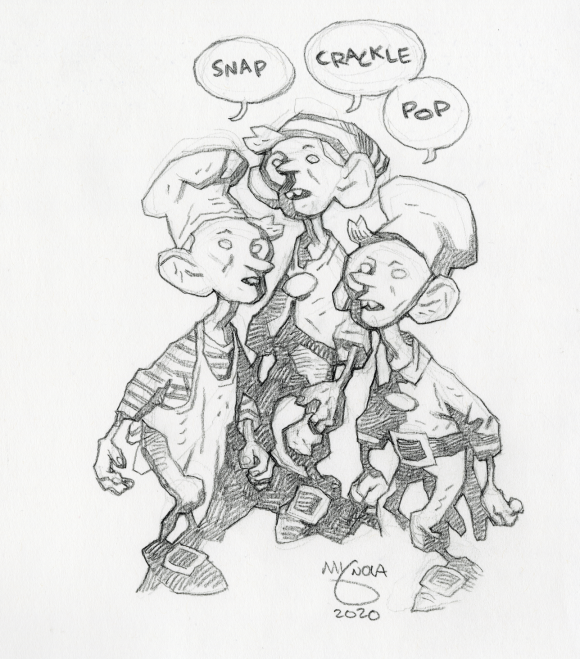 Or, best of all, Quisp and Quake: 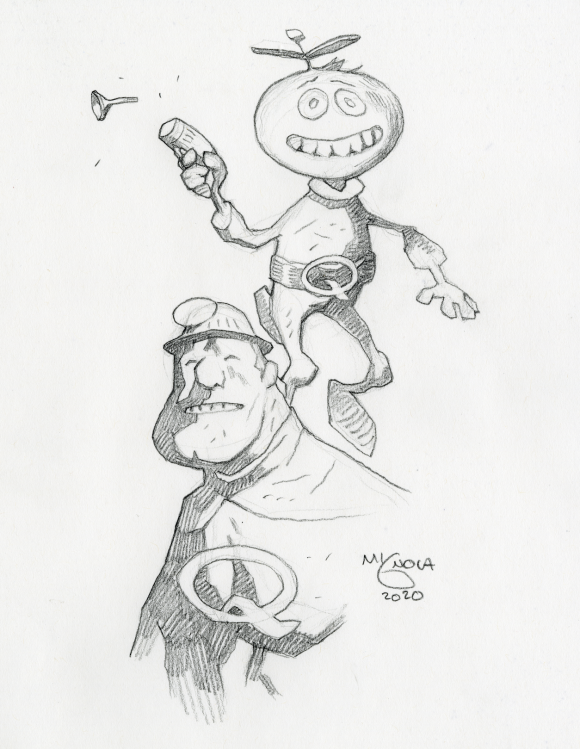 “I just thought it would be funny to see what that stuff would look like drawn by me,” Mignola said of his League of Breakfast Heroes (our term, not his). “There wasn’t a whole lot of thought that went into it really; like so many of the sketches, it was sort of a joke that took on a life of its own. And I ended up discovering that Quisp is my all-time favorite character to draw. Who knew?”