Last week saw the launch of a Kickstarter campaign to fund the documentary Mike Mignola: Drawing Monsters, an in-depth look at the artist’s career and his greatest creation, Hellboy. Not only was the initial $58,000 goal reached like that (*snaps fingers*), it’s now passed an extraordinary $257,000 as I write this.

Anyway, as part of the campaign, backers can get a Kickstarter exclusive print set of 10 awesome prints by a who’s who of creators, including Mignola himself and Dave Stewart, Laurence Campbell, Duncan Fegredo, Alex Maleev, Fábio Moon, Mike Norton, Paolo Rivera, Craig Rousseau, Tim Sale and Ben Stenbeck.

But get this: There’s a new stretch goal and if organizers hit $270,000, they’ll unlock an 11th print, by Gabriel Bá. Here’s your EXCLUSIVE FIRST LOOK: 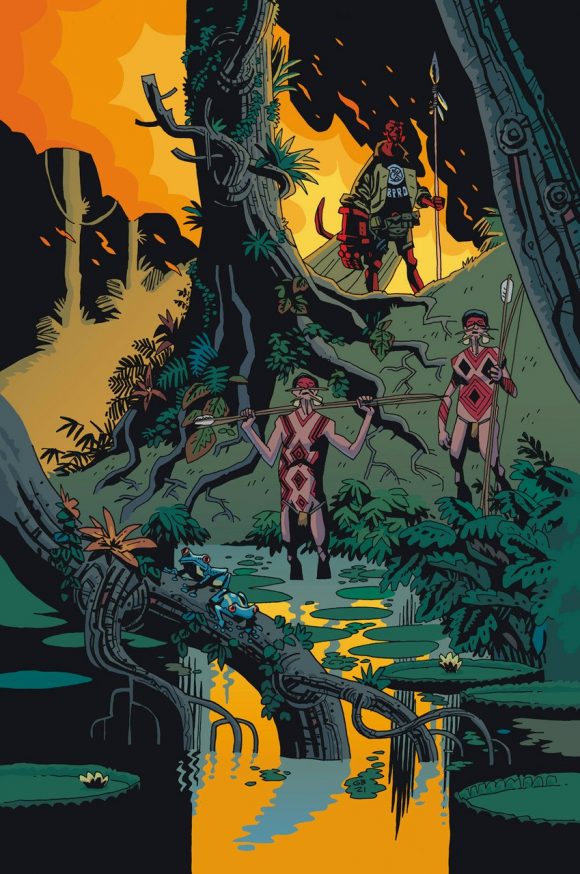 Everyone who backs at the print level will get 11 prints, by the way, so click here to check out all the groovy goodies that the Kickstarter, which runs through March, offers.

“One of the things we created for the Kickstarter was an exclusive Hellboy Portfolio Print Set,” said Drawing Monsters’ producer and co-director Jim Demonakos. “This set includes all new illustrations from artists who had worked on various Mignola titles. What was really fun was putting the portfolio together. As I reached out to each artist to ask if they’d participate, we were able to keep the prints thematically wide open, while at the same time, making sure they focused on Hellboy. What came back was an array of amazing artwork that were both distinct from each other as well as thematically cohesive to make an incredible portfolio!” 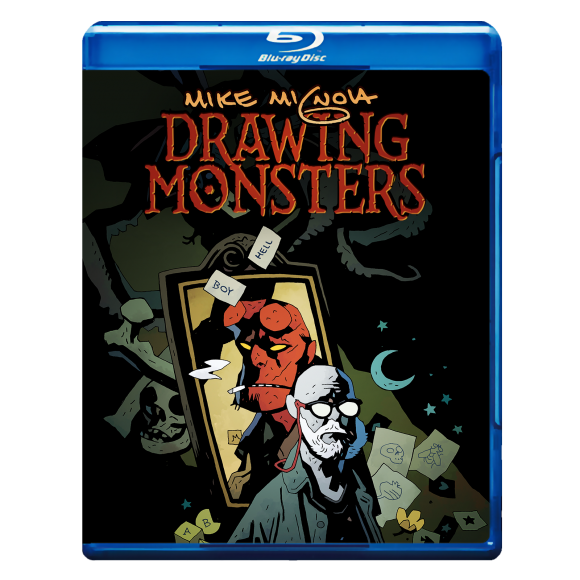 Added Demonakos’ filmmaking partner Kevin Hanna: “Jim and I felt that comic book creators and the amazing stories of how they come to create their beloved characters would be a really interesting space for documentaries. So we decided to do it ourselves.”

The feature-length film will include interviews with Mignola at his studio, drawing demonstrations, behind-the-scenes footage from comics conventions, and interviews with some of the most influential people in entertainment and comics, including Neil Gaiman, Rebecca Sugar, Duncan Fegredo, Fábio Moon, and Joe Quesada, among many others.

Again, you can click here for more info, but we also thought it’d be a kick to show you the other 10 prints in the set, including Mignola’s.

“For pieces like this, I just sort of start with vague shapes and then try to figure out what they are,” the artist explained. “Sometimes it’s frustrating, but if I can force myself to relax and not rush, they can be kind of fun. Then Dave [Stewart] has the real work — trying to make my mess look like something — which he is somehow amazingly good at.” 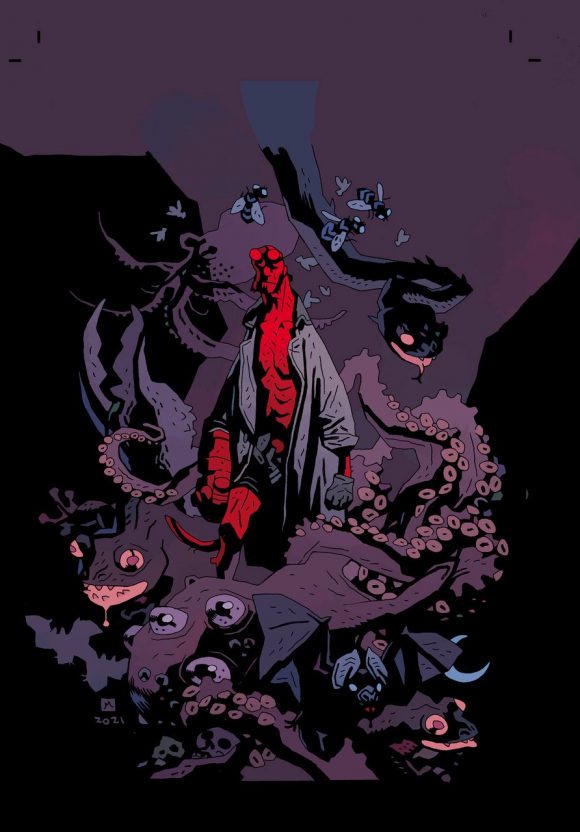 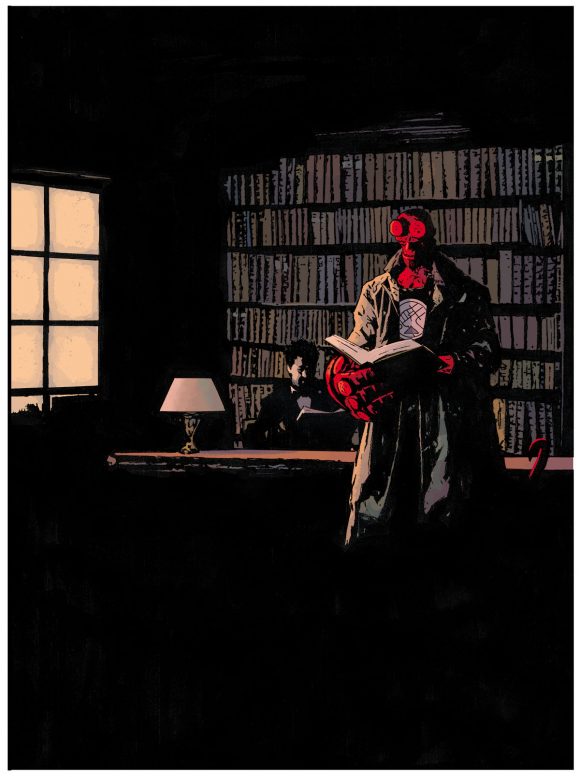 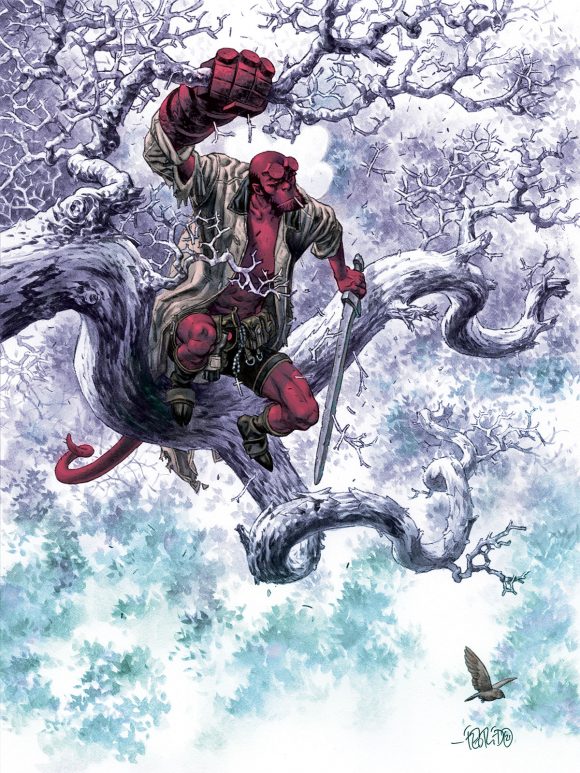 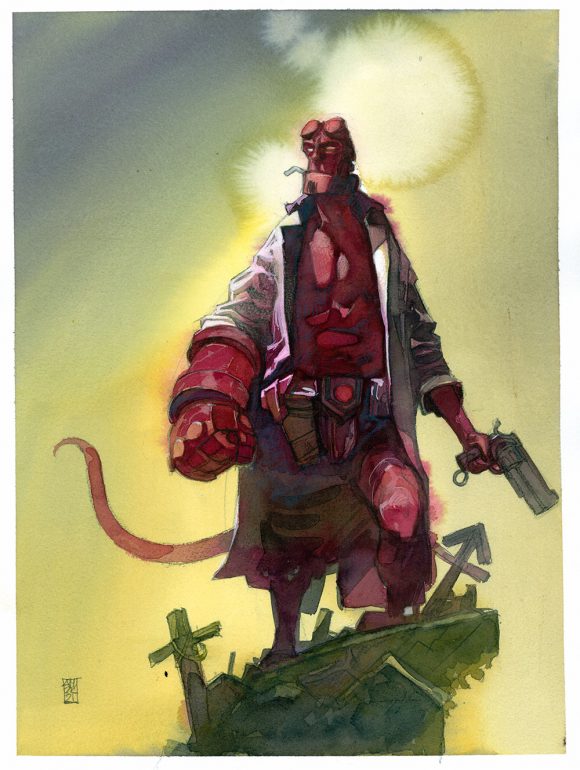 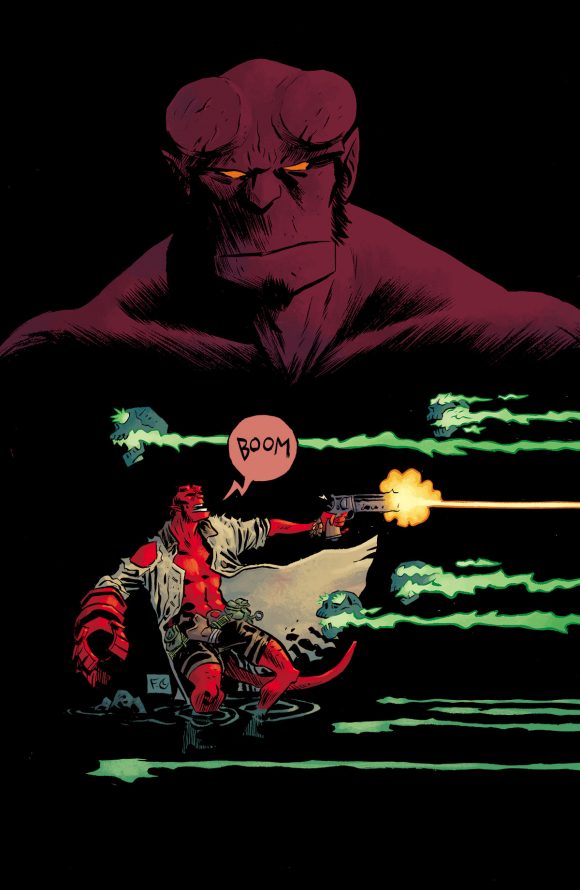 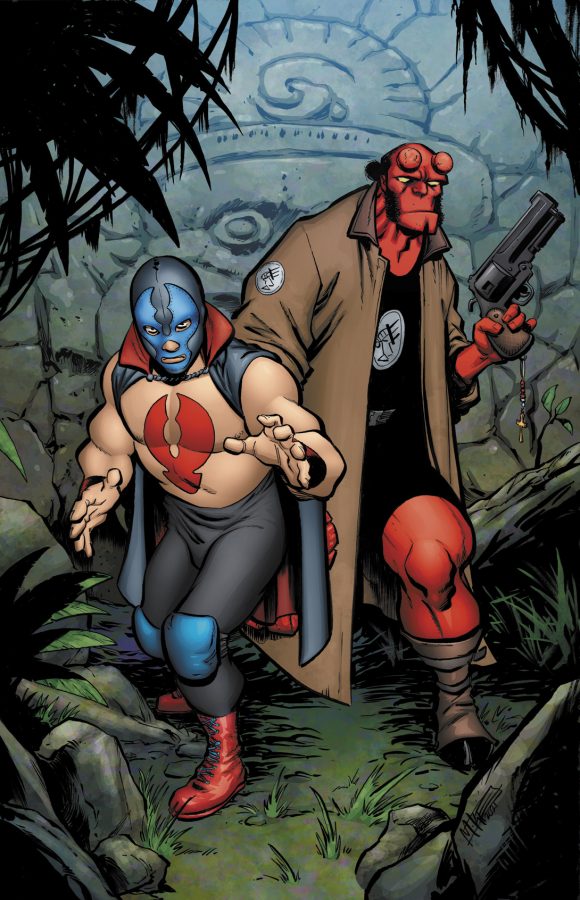 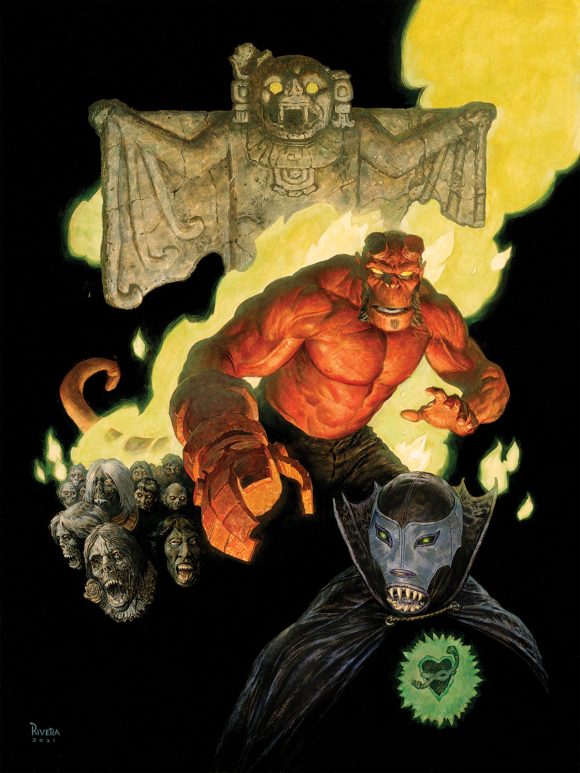 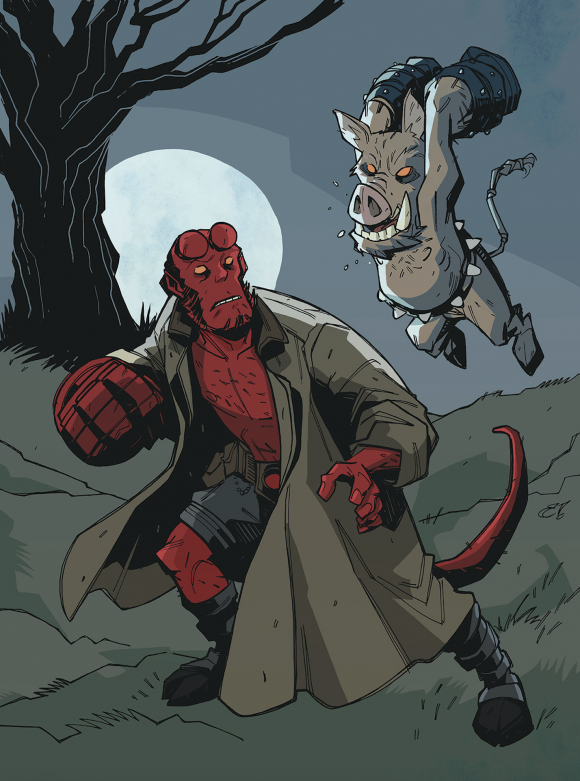 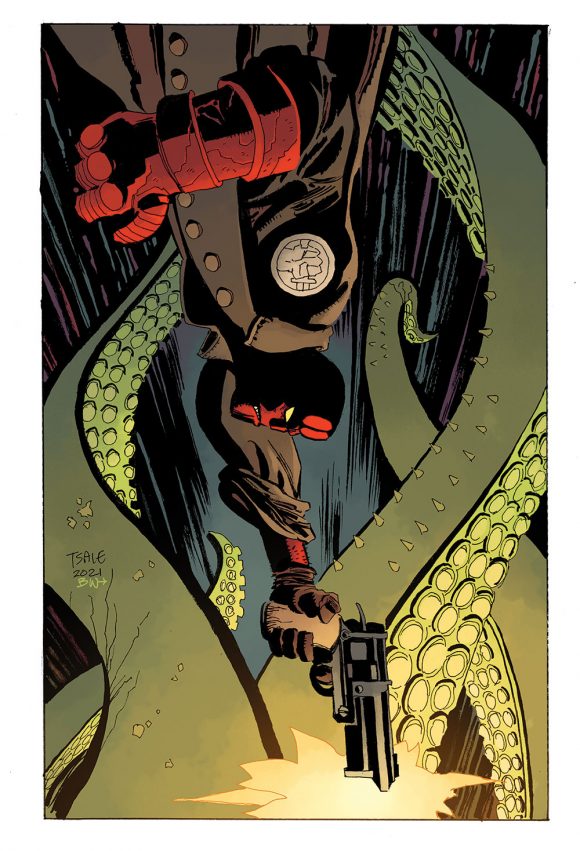 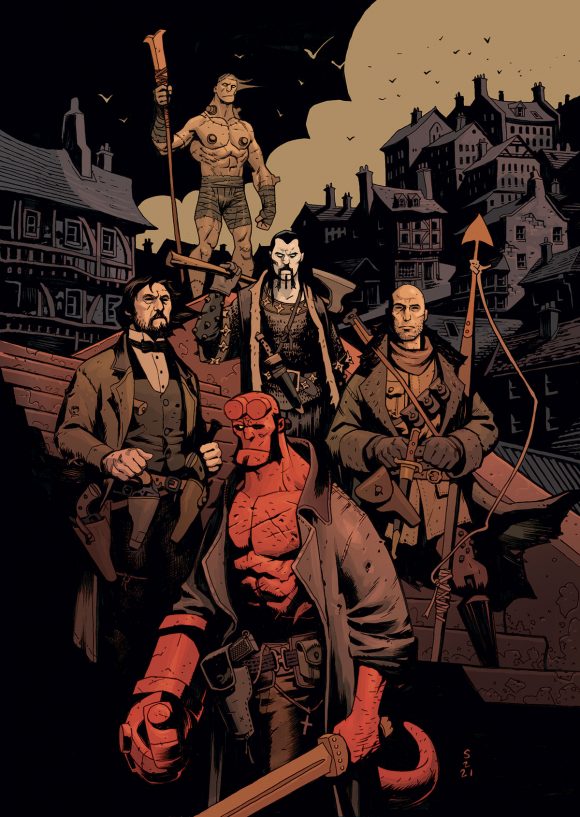