We wrap up our series of interviews with Mike Allred by whipping through 13 comics in his collection!

Well this is a nice coincidence. We’re finishing up what’s been a really fun series of talks with one of the most enthusiastic and talented artists in comics. Mike Allred is one of our favorites here and in this last segment, we just riffed on a bunch random comics from his collection. Turns out, we hit the number 13. (More or less.)

Mike’s banner for his Wednesday Comics strip with Neil Gaiman

Mike Allred: I have Metamorpho #1 here.

Mike: I had a lot of those comics as a kid and then I did a Metamorpho story with Neil Gaiman for Wednesday Comics, so, of course, after that I had to go out and get it. It kicked up that affection again so I have a Metamorpho #1 here. Ramona Fradon is an artist I really love, too. I love what she did with Aquaman. I think she’s underrated. She’s somebody that should get a lot more props than she does. I think she’s just huge. 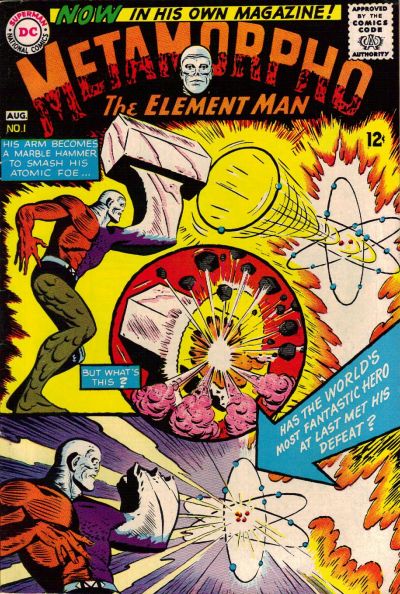 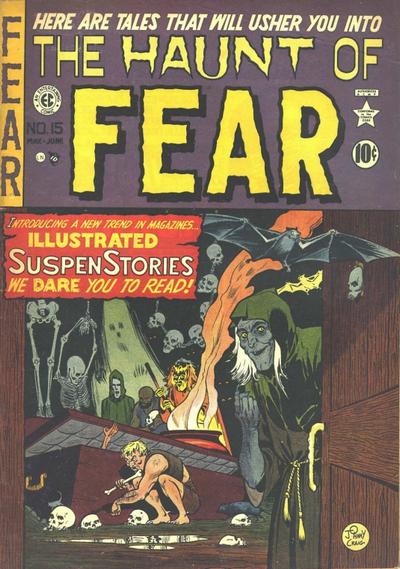 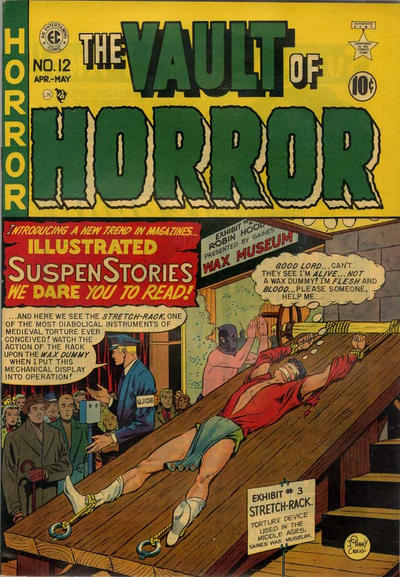 (Note: The cover numbers didn’t always correspond with first issues because of the way titles often changed back then.) 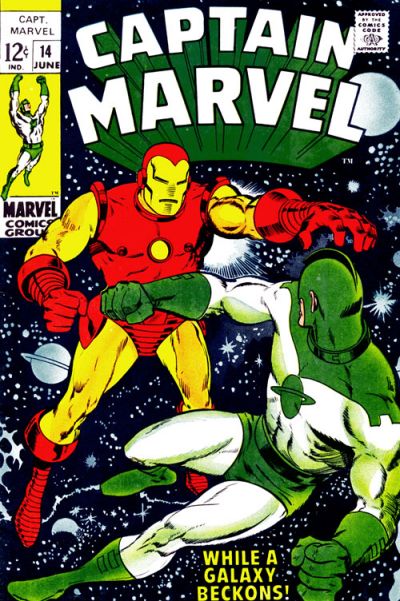 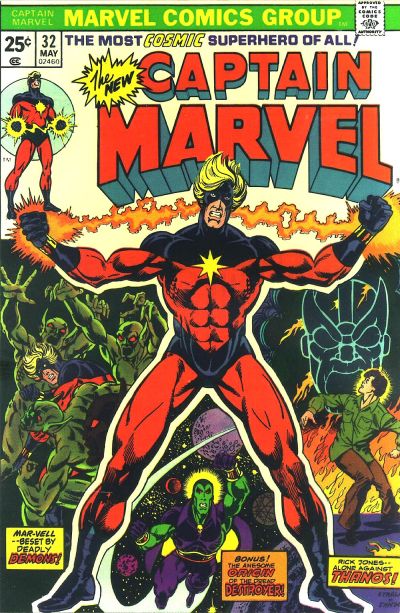 Mike: I have Wonder Woman #200 and I have this because this is a comic I actually owned as a kid. And I know it because I wrote my name on it! (Dan laughs) It’s wild because it’s got a Jeff Jones cover and it’s when Wonder Woman had the weird kind of Emma Peel… 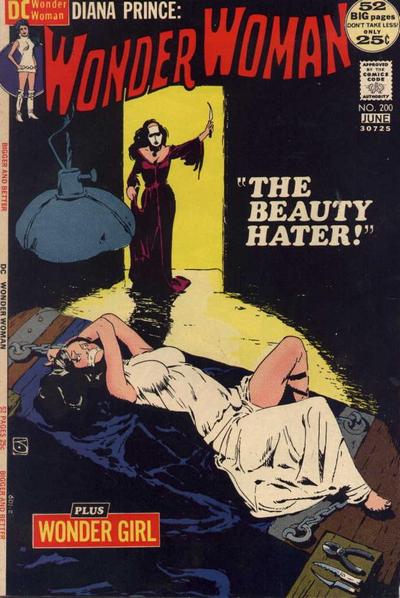 Mike: I have Detective Comics #371 which is, Batman and Robin are in a big fight and they’re yelling at Batgirl to help out but she’s looking at her torn tights.

Dan: That’s one of the all-time great covers! I have a magnet of that on our refrigerator! 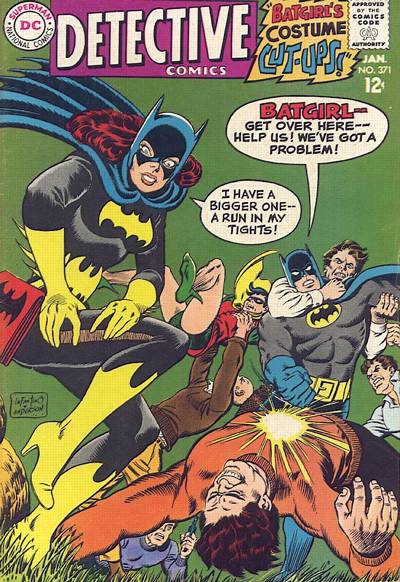 Mike: I have a 100-Page Super Spectacular. We were just talking about Neal Adams and this has this great wraparound cover of all the flying heroes. Superman, Hawkman, Hawkgirl, Dr. Fate, Red Tornado, Spectre, Supergirl… 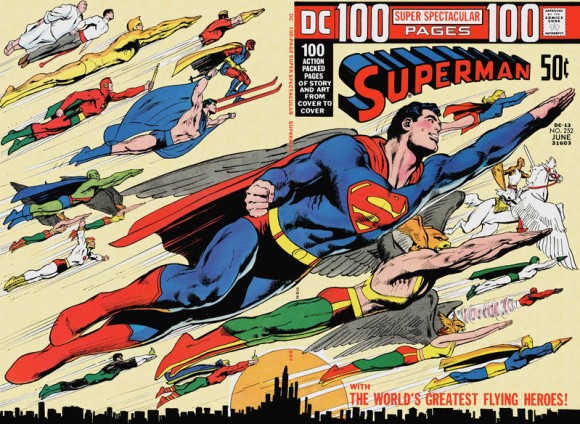 Mike: Here’s a comic I have that has one of my favorite covers. It’s Batman #180 and this guy in a skeleton suit has just kicked Robin into a grave and now he’s struggling with Batman trying to push him down into the grave, too. It’s like all rainy and spooky and it’s really cool. (Mike recently got his own shot at Death Man with a Batman ’66 cover. Check it out here.)

Dan: What else you got there?

Mike: I have Journey Into Mystery #63, which is a classic Kirby/Ditko monster book and I have this one because I own a page from the story. It’s penciled by Jack Kirby and INKED by Steve Ditko and in the story the character in the original issue is called Goliath. Of course, Giant Man ended up being called Goliath.

And this story has been reprinted. I think they call him Gigantus now. (Dan laughs) But he was originally Goliath. So that has a lot of sentimental value for me, having the original art. 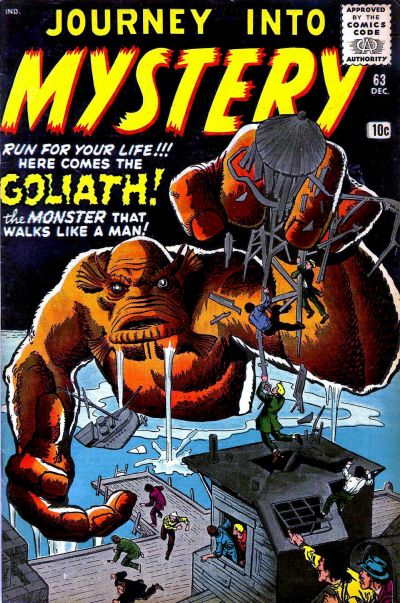 Mike: And here’s Doctor Strange #177 which is one of my favorite Gene Colan covers. Dr. Strange looks as he normally looks with the Errol Flynn mustache but really large behind him is the Dr. Strange with the full-head dark mask. Mike: And then I have here another 100-Page Super Spectacular. This is a very, very famous cover that I’ve seen people do riffs on. There’s even a Simpsons one. It’s Super Spectacular #6 and it’s just a whole bunch of the DC heroes standing and there’s, like, a spotlight on Superman, Wonder Woman and Batman. I’ve seen that image over and over. Mike: Here’s one of my favorite Steranko covers. It’s X-Men #49. He did a run of them there and those are all cool, like #50 and… this one is a white background, X-Men running at you and Angel all spread out in that real elegant Jim Steranko kind of way that he had. Mike: Oh! Here’s the 25-cent Giant Superman that has how Superman met Lori Lemaris, the mermaid! (Dan laughs) And it has the first Supergirl and the original Metallo. That’s a comic I remember being around when we were kids and I’m sure I wore the heck out of that. Mike: Here’s more Steranko stuff—Nick Fury, Agent of S.H.I.E.L.D. #7. I particularly like this cover because it looks like a Salvador Dali painting. It’s Nick Fury in a trenchcoat running towards us and there’s all those weird, surreal clocks and the ground is breaking away and melting in front of him. Very Dali-esque. (Note: Distance and time being what they are, I made do with scans from the Grand Comics Database. — Dan)