Writer and funny guy Tom Peyer is here at the ol’ 13th D for a Mighty Q&A! Huzzah! 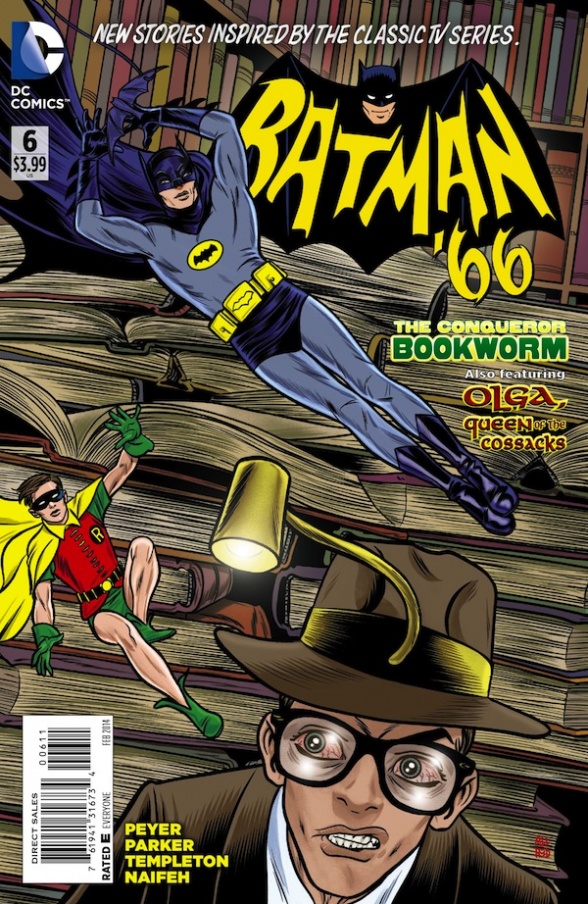 Tom recently wrote my absolute fave Batman ’66 comic story — a Bookworm tale printed in Batman ’66 #6. It was, without question, smart and funny and sly enough to be a lost script from 1966. So after I read it and got to know him a bit in that 21st century cybernetic way, I invited him to virtual sitdown. Here ’tis!

Dan Greenfield: Tell me your background, how you got into the comics biz, and what you’re doing now.

Tom Peyer: I grew up in a time when a lot of kids were reading comics, and the comics were pretty good. I got too old for them when I was 14, but I got younger again the next year. In my 20s I did a weekly comic for the local newspaper; it was usually about politics and it was meant to be funny. I did that strip for years, but I never stopped loving mainstream comics most of all.

Eventually, I hooked up with some people who wrote and drew DC and Marvel comics, and they helped me into the field. I did a little writing with Roger Stern. After awhile his editor, Mike Carlin, recommended me for a job as Karen Berger’s assistant editor, and she hired me.

I was on the editorial staff at DC for about three years. When I was there, we started Vertigo. I worked with Grant Morrison, Peter Milligan, Jamie Delano, and Neil Gaiman, which is to say I think I learned a lot about what might go into a good script. I learned a lot from Karen, too.

So I figured I could write, and I went freelance. 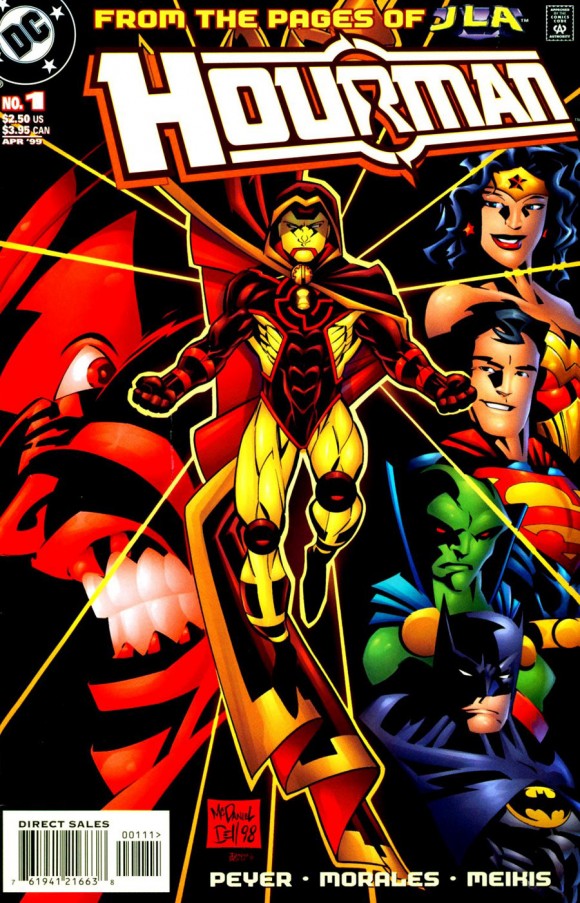 You’ve worked on a wide array of comics over the years. What’s your proudest achievement, comicswise?

The late-’90s DC comic Hourman turned out nicely, I thought. Artist Rags Morales, editor Tony Bedard and I were all rowing in the same direction. That really helps. And we were working with a set of ideas from Grant Morrison, which also helps.

If I told you you’d go look at it.

Superman Vol. 1 #140, 1960, a book-length epic called The Son of Bizarro! Bizarro #1 and Bizarro Lois Lane #1 have a baby, and it comes out human. They send it to an Earth orphanage. It turns into a Bizarro and his parents want it back. But a Bizarro Supergirl gets involved and wants to keep the baby. Really heavy stuff. High drama, cosmic sweep. Otto Binder story, Wayne Boring and Stan Kaye art, Curt Swan and Kaye cover.

What comic item do you own that has the most sentimental value to you?

Mark Waid loves replicas of comic book objects: H-Dials, Phantom Zone projectors, etc. He’s given me some nice ones. If I have to pick one favorite item, it’s the replica Fortress of Solitude Key on my keychain, because I carry it everywhere. Mark had it made several years ago, and it’s a beauty.

Who were your influences, professionally speaking?

People whose work I consulted in my head as I made my early comics: Steve Gerber, R. Crumb, Jack Kirby, Bill Griffith, Will Eisner, Al Capp, Steve Ditko, Garry Trudeau.

Now that I look at the list, it’s a buncha white males, except for Karen. Jesus.

What comic character have you always wanted to work on but haven’t gotten the chance?

Oh boy. Three? Hellblazer #35, “Dead Boy’s Heart,” by Jamie Delano and Sean Phillips. My name is there as Assistant Editor, but I promise you I had nothing to do with how good it is. It’s about Constantine’s childhood, and the unbearable burdens of irrational guilt to which kids are easy prey. A beautifully told story about something real I could identify with. Poor me! 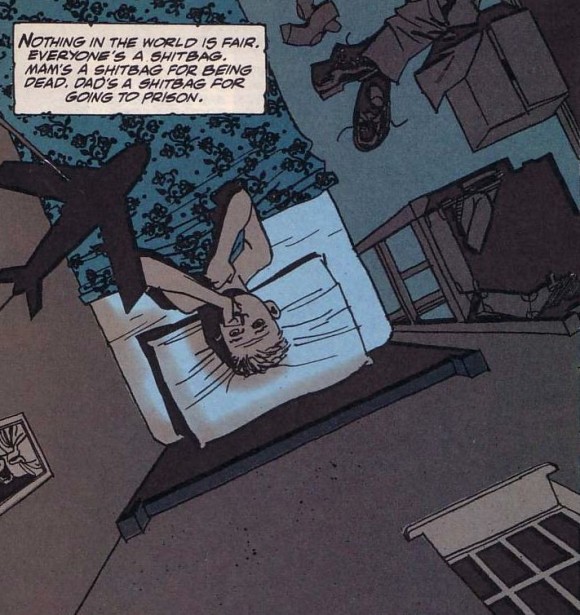 Superman Vol. 1 #137, another book-length epic on the emotionally harrowing side. An accidentally created “energy duplicate” of Superbaby crash lands on earth and is secretly raised by crooks to become Super-Menace! It ends with the most traumatic confrontation imaginable, as the adult Super-Menace learns that his crooked parents never really loved him, and so he kills them and himself. Kids’ stuff! 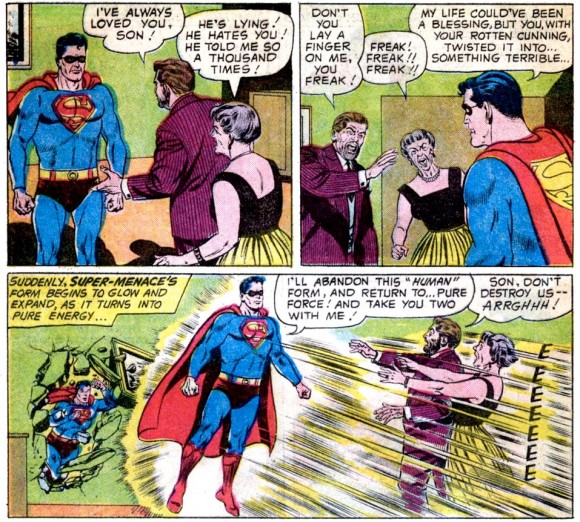 Daniel Clowes’ “The Death Ray,” 2004, about a high-school kid who gets super-powers every time he smokes a cigarette, makes nearly every other “adult” super-hero comic seem pointless and juvenile by comparison. 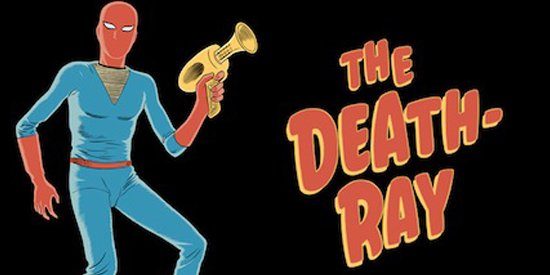 Tom is @TomPeyer on Twitter. You can also check him out on Tumblr!