Shawn Martinbrough is the artist on Image’s Thief of Thieves. The latest issue, #17, comes out Wednesday. Here, he subjects himself to our grueling MIGHTY Q&A!

Tell me your background, how you got into this, personal history, etc.

I’ve always had a penchant for drawing ever since grade school. As a native of the Bronx, I majored in art at the Fiorello H. LaGuardia High School of the Performing Arts and Music and Art and subsequently received my BFA in illustration from the School of Visual Arts. During my junior year at SVA, I landed my first professional job doing full color painted work for Marvel Comics. I’ve been working in the industry ever since, having illustrated stories and created characters for Marvel, DC Comics, Dark Horse and now Skybound/Image.  I am currently the artist on the monthly series Thief of Thieves with writers Robert Kirkman (Ed: Kirkman created The Walking Dead) and Andy Diggle. 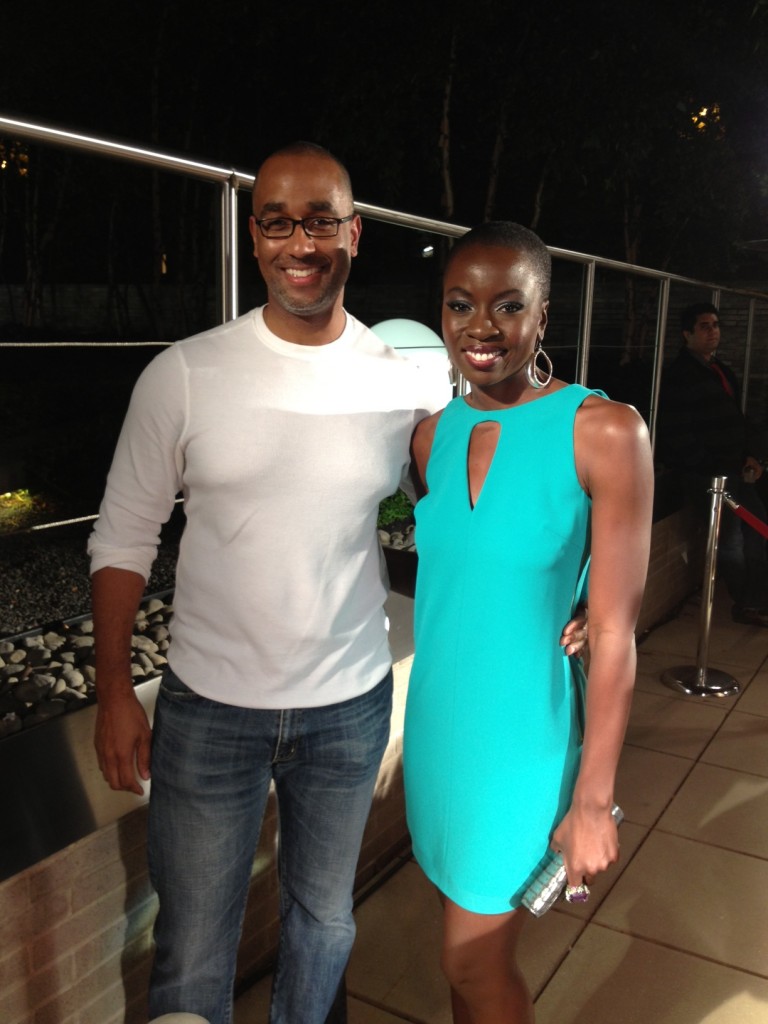 What’s the first comic-related memory you have?

One of my earliest was my introduction to the X-Men written by Chris Claremont and drawn by Dave Cockrum. I believe it was issue #153, which was such an odd issue to jump on due to it being a fantasy story that didn’t connect with the regular storyline. I instantly became a fan and began reading comics on a monthly basis. I also started collecting back issues of the X-Men to see what I had been missing. 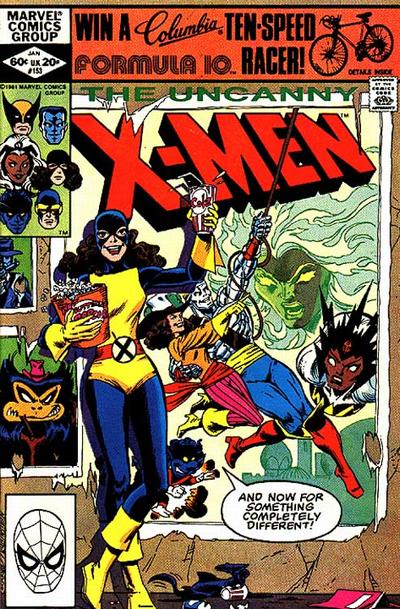 There are so many great comics! To name just one is very difficult. I’ll try to choose classics that get less acclaim. The X-Men graphic novel “God Loves, Man Kills,” by Claremont and Brent Anderson. The New Teen Titans “Judas Contract” storyline by Marv Wolfman and George Perez. The Uncanny X-Men “Hellfire Club” and “Dark Phoenix Saga” story arcs by Claremont and John Byrne. The Daredevil “Born Again” mini-series by Frank Miller and David Mazzucchelli, which is simply gut wrenching and brilliant.

I always cite Avengers Annual #10 drawn by the great artist Michael Golden as one of my all-time top favorites. The storytelling in that issue is so dynamic and amazing.  I believe it was the first appearance of the X-Men character Rogue and she just kicks the Avengers’ butts throughout the whole book. I can still see the panel when she throws Wonder Man into a metal garbage bin. 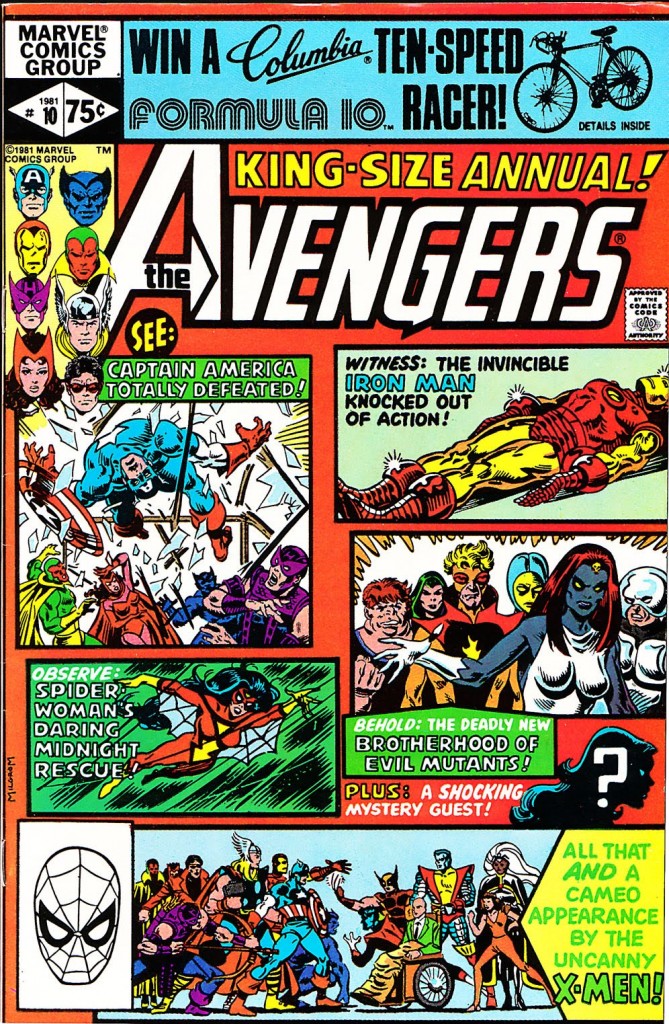 Again, this is tough because there are so many. For the purposes of this interview I’ll choose Twilight, written by Howard Chaykin and drawn by Jose Luis Garcia-Lopez. This original mini-series published by DC Comics was so ahead if its time in terms of the writing and amazing artwork. The scale of the story, the various characters and the intricate design make this a must read. DC really needs to release a prestige format collection of this series. It would be a bestseller among the comic industry pros who are over 30 years old. 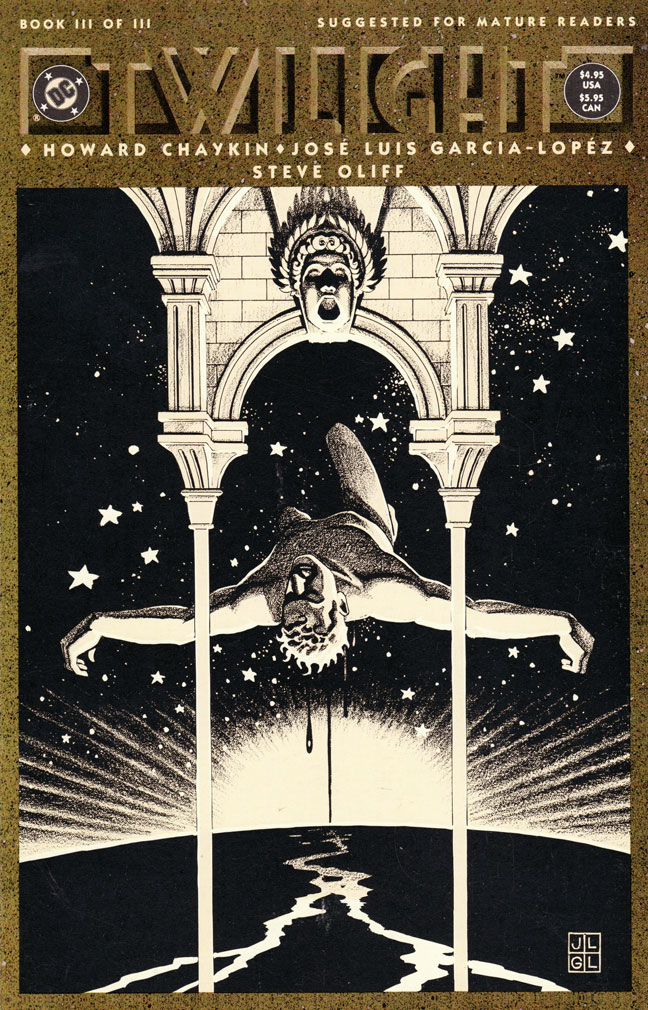 Twilight. The other one.

Who were some of your biggest influences?

Do you come from an artistic family?

I am the only artist in my family. My mother and father have always been very supportive of my career.  When my mother first noticed that I liked to draw, she and my dad enrolled me in an art class held at a local community center in the Bronx. My younger sister Tiffany has been a staunch supporter as well.

What comic-related item do you own that has the greatest sentimental value to you? Why?

Original artwork. Over the years, I’ve been very fortunate to obtain great sketches from artists I really admire. I have pieces from Jose Luis Garcia-Lopez, Geof Darrow, Walt Simonson, Mike Mignola, to name a few.

For years I worked together with the very talented artist John Paul Leon as an inker so I have a ton of our original artwork. Back when I drew The Creeper for DC Comics, I was so fortunate to have the great Sal Buscema ink my artwork. I still have my originals from our run on that title. I even have a hand-written letter from the legendary Steve Ditko telling me that my darker version bared no resemblance to the happy-go-lucky character he created. I’m going to frame that letter one of these days.  I’m such a huge fan of Steve Ditko’s work.

Were you a DC or Marvel kid growing up?

I was somewhat more of a Marvel fan. There were some DC books that I collected but with regard to DC titles, I mostly followed the artists who drew them. If George Perez moved from drawing Teen Titans to drawing Wonder Woman, I followed him even if I initially had zero interest in the character.

I am very proud to have my first art instruction book, “How To Draw Noir Comics: The Art and Technique of Visual Storytelling” be published by Watson Guptill/ Random House. Writing this book was a great opportunity to share a bit of my artistic process, provide tips to help artists hoping to break into the field and encourage parents to support their kids’ artistic ambitions from an early age. 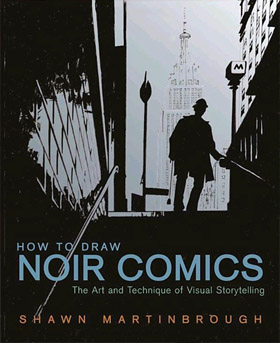 When my schedule permits, I really enjoy visiting schools and giving lectures about my career.  While I truly enjoy speaking to all of the art students I am fortunate to meet, some standouts include speaking to an art class at my alma mater, Fiorello H. LaGuardia, H.S. and to the art department at the University of Michigan.

Becoming the regular artist on Detective Comics, the flagship Batman title, was a huge milestone in my career. Working with the very talented writer Greg Rucka, designing sections of Gotham City and creating characters for the Batman universe was a great experience.

I illustrated Luke Cage Noir written by Mike Benson and Adam Glass for Marvel Comics which is a project I’m very proud of.  The Luke Cage Noir mini-series re-imagined the Blaxploitation-era superhero Luke Cage by setting his story in 1920s Harlem during the historic Harlem Renaissance. My secret wish is that Marvel would release a black-and-white version of this mini-series.

Another proud achievement was illustrating a Captain America project exclusively for the U.S. Army.  This was a very special project. Marvel Entertainment partnered with the Army and Air Force Exchange Service—the Department of Defense’s oldest and largest exchange service. One million copies were distributed on military bases around the world and gave readers an early peek at the world of the feature film, ”Captain America: the First Avenger”.

Currently, my ongoing series Thief of Thieves is my biggest achievement. Working with Robert Kirkman, Nick Spencer, James Asmus and now Andy Diggle to create this new universe of characters has been such a rewarding experience.

Not pushing to ink myself earlier in my career. As a penciler you are totally at the mercy of whatever inker you’re working with and most of the time you are assigned to an inker by your editor. Sometimes, the penciler and inker are on totally different pages with regard to style and approach. I would love to go back and re-ink my entire run on Detective Comics.

What else do you have in the works right now? Do you have a side gig besides TOT?

A project that I’m very excited about is The Ren, a graphic novel which will be published in 2015 by First Second Books, a division of Macmillan. It is a 200-page story which takes place during the Harlem Renaissance. I’m co-writing with Joseph Phillip Illidge and I handpicked Grey Williamson to do the art. The Ren is a love story between a young musician from the South and a Harlem-born dancer set in 1925, against the backdrop of a crime war. There is a focus on the relationship between art and the underworld. Well- known historical figures will make appearances in the story. 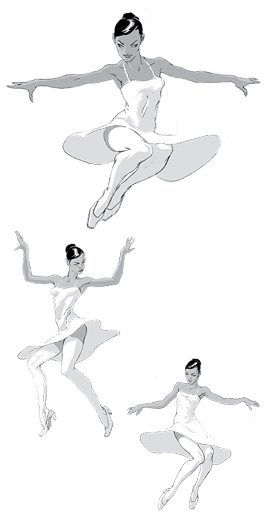 The Ren. Illustrations by Grey Williamson.