The longtime sculptor and animator — and sometime artist on DC’s Batman ’66 — has become something of a fixture around these parts. Why? Because he is a tremendous talent.

It only made sense then, that we pull out the stops with a wide-ranging, career-spanning, particularly engaging MIGHTY Q&A — especially since the first Batman ’66 hardcover is just out, including some Ruben art.

Dan Greenfield: Tell us your background. How did you go from being a kid fan to an adult pro?

Ruben Procopio: I was lucky to have talented and encouraging parents. My Dad is an artist, and he saw my inclination and started teaching me and giving me art assignments at a very young age. Next thing you know, I was copying anatomy books and being sent to art school for kids. I had gotten a scholarship to go to a high school program at Art Center College of Design and later one to go to Cal Arts. I always wanted to be a comic book artist, but my path went another direction with opportunities too good to pass up. I had even gone to New York and scoped out the DC offices in the late 1970s, but it was not to be at that time.

While I was in the animation program at Cal Arts, animator Don Bluth left Disney, taking an exodus of many artists with him, which left a gap at the studio. I showed my portfolio and got in. I was incredibly fortunate to be trained under Eric Larson, one of the legendary “Nine Old Men,” passed a couple tests, and got onto production at age 18. The first couple of years it felt like I was still in school, the studio felt and looked like a college campus and we were all young. The crew included the likes of Tim Burton and John Lassiter. We know what they went off to do…

I continued on for an almost 25-year career at Disney, working on such movies as “The Little Mermaid,” “Beauty and the Beast,” “Aladdin” and “The Lion King.” I learned filmmaking, met and worked with many talented artists, and am credited with bringing back the maquette process to films. I wore many hats during my time there, including animator, storyboard artist, character designer, sculptor and artistic supervisor. 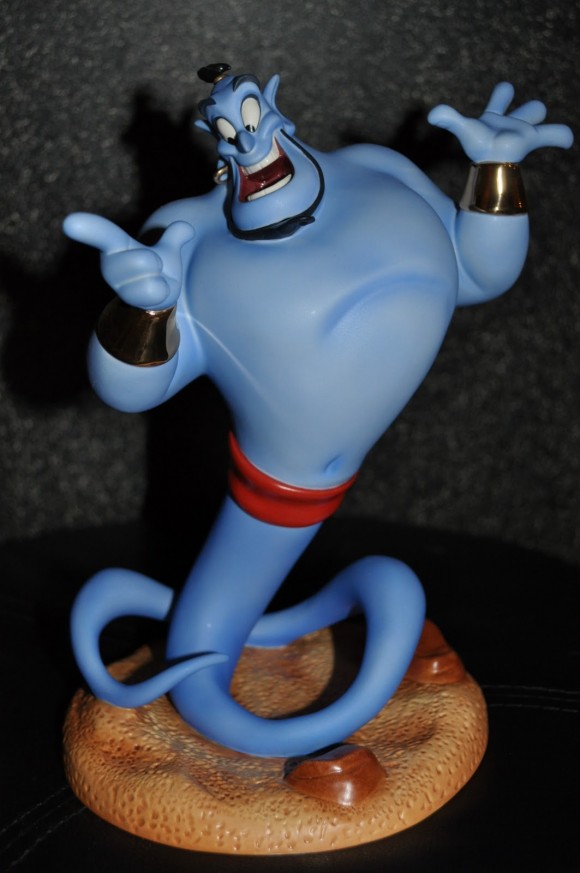 I was one of a handful left until they stopped doing hand-drawn animation and said good-bye, at which point I formed Masked Avenger Studios (named after my passion for the masked heroes of yesteryear… and yes, that domain name was not taken!). It’s a family business where we specialize in sculpting, comics, design and animation … going on 10 years now!

I never lost sight of comics though, still keeping up with the latest and going to comic book stores throughout the years, still dreaming of one day being able to do them. You’d be surprised, there are many colleagues in animation that feel the same way and are huge comic book fans influenced by many of the same artists we all liked growing up. I always say Disney kind of did me a favor, they opened up the world for me, now I can work and do a variety of things that would have never been possible, such as working for all the studios and doing comics like Batman ’66! 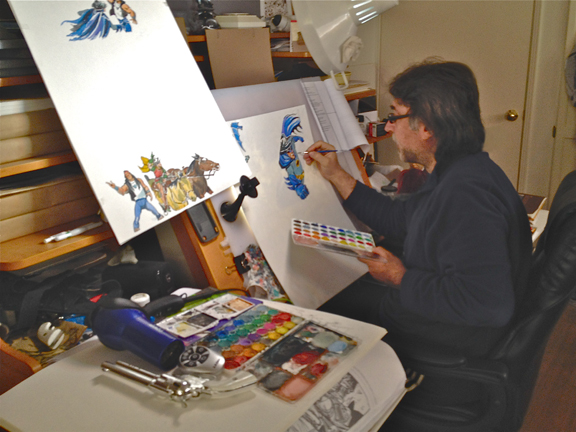 Ruben in his studio, working on a Batman ’66 Shame story.

Is it reasonable of me to assume that Batman is your favorite character?

Ha! Yes. For those who know me I sound like a broken record, but indeed Batman is my favorite character. It has a lot to do with the fact that the Adam West Batman was one of the first TV shows I saw when my parents came to America in the 1960s. So to my very young impressionable mind, Adam’s portrayal, the costumes, the car, the look, the stories, all of it made a huge impression. I even still remember the corner drug store that carried Batman comic books on the spin-around racks, coming three in a bag. All of it was like eye candy. Those of you who grew up in the 1960s know what I mean. 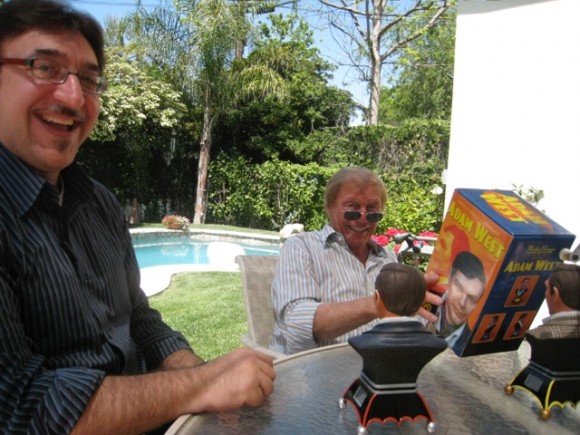 Ruben and Adam West, with some of Ruben’s sculptures of the actor.

As I grew older and got to know the character better, I was captivated by his origin, how hard he worked, how in spite of all the disasters and adversities that happened to young Bruce, he turned his life around and did something good with it. … I think we all like and relate to those kinds of stories. Short of dressing up like his alter ego, all in all he’s a good role model, and I can apply those things in my life too. That’s what’s appealing about Batman to me: He’s a hero.

Are you as into other iterations as you are the Adam West version?

Yes, probably parallel to the TV show version, I’m a huge fan of the Denny O’Neil/Neal Adams version. Although different than the show, it had the same effect. Looking at it now, it was a nice balance. I really gravitated to Neal’s artwork. I was so into it that it seemed like every other word I uttered growing up as a kid was “Neal Adams!” It must have driven my parents nutty, but they were very good-natured about it. My Mom especially, when we’d go do the grocery shopping, I’d make a beeline to the comics section of the magazine rack and come back to her with puppy dog eyes, and she would always buy them for me. 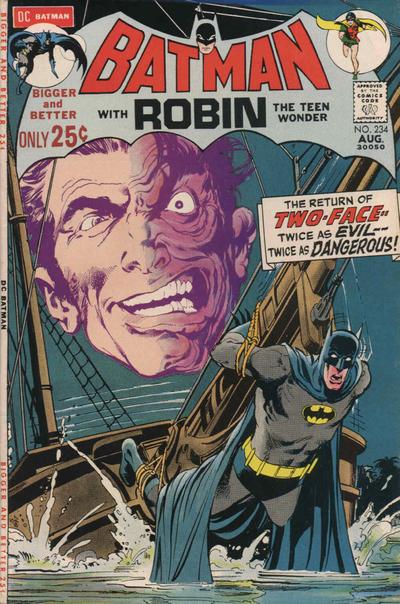 You sculpt and you illustrate. Which do you like better? How is your approach to each different?

I like them both equally and apply the same the principles to each. When I’m drawing I’m thinking in 3D, volume and structure. When I’m sculpting I’m thinking line of action, silhouette and design. Before I sculpt I do drawings of the piece, sometimes of all the views, and draw blueprints for the armature and such. When I’m drawing I sometime use sculptures I’ve made as reference for a character, especially from difficult angles, and may even sculpt a figure to help me if there isn’t one available. I’ve grown up thinking they go hand in hand. 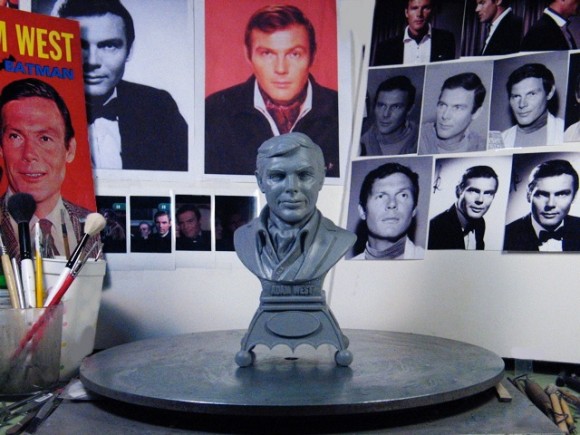 I encourage every artist out there to do the same, whatever medium you do, the other will affect you. Even if no one ever sees your piece, it’s for your own professional benefit. I have periods when I’ve sculpted for a while, get tired and get a hankering to draw and vice versa. My Dad was my sculpting influence while growing up and is to this day. He was one of the master sculptors at Walt Disney Imagineering for 35 years. He taught me to always have a fallback, if one dries up you can always do the other. I’ve always liked to play all the instruments in the band, so to speak.

What comics-related item do you have that has the most sentimental value to you?

Oh, I have so many, and carried them around me all these years, including from coast to coast. I’d say some of my personal favorites are my original Captain Action figure — I can still picture the display at the toy shop where we would buy the costumes for it; my Corgi Batmobile and Black Beauty diecast cars that my Dad would buy me at a Beverly Hills toy store when we would go pick up my Mom from work (I gathered up quite a 1/43-scale collection that way); the Aurora model kits that my parents bought me at the Hollywood Toy Store on Hollywood Blvd. (It’s still there!); and lastly, my Lone Ranger gun and holster set, which my Dad surprised me with one evening when he got home from work, I must have been a good boy that week. I still use those guns as reference when drawing Colt 45’s.

I don’t remember my first comic per se, but I would guess even though I’m a DC kid it was a Marvel comic with Spider-Man or Captain America on it drawn by Jack Kirby. I do still have my collection.

I would have to say my sculpting maquette work I did for animated feature films. The Ursula maquette I did for “The Little Mermaid” is in the Smithsonian, so that’s like coming full circle to me, that is … my parents come to America to find the American dream, we become American citizens, my Dad’s dream to work at Disney comes true, I have this fabulous career as an artist, and then one of my pieces ends up as part of American history. 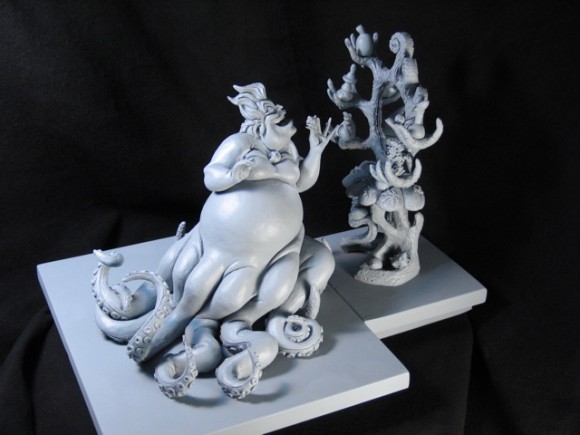 Oh that’s a trick question: If I name something then everyone is going to want to go see it. Probably half of all the drawings and sculptures I’ve ever done. … I sometimes walk around my studio and say to myself, “What was I thinking?” or “Ooohh to be able to do that one over again…”

Recently there was a Disney exhibit at the Ronald Reagan Museum. Years ago during the 1984 Olympics held here in Los Angeles, I was selected along with a handful of animators by the Disney Studio to entertain the athletes by drawing for them. I had done a pre-set of drawings of the characters in all different sport event poses. I didn’t like half the drawings I did, but I sent a set to President Reagan at the time, I remember getting a thank-you note from the White House with a signed photo, but little did I know his administration kept those drawings and here they were, they brought out some of them to be displayed at the museum! Yikes!!! The exhibit is over so no one can go look. Ha! 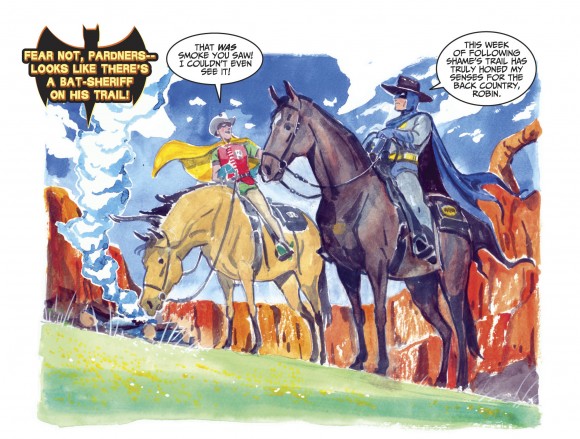 This might be the single best panel from the whole Batman ’66 series.

Who were your greatest professional influences?

On a personal and professional level, I’d say my Mom and Dad. As mentioned above, they were artists in their own right and their encouragement and influence is a big part of who I am. Another great influence is Alex Toth. I not only “got” his work as a kid but viewed his work as a goal to aspire to; his work to me is just how it should be done. I still get re-energized every time I see anything of his. We became very close personal friends; he was one of the best friends I’ve ever had. 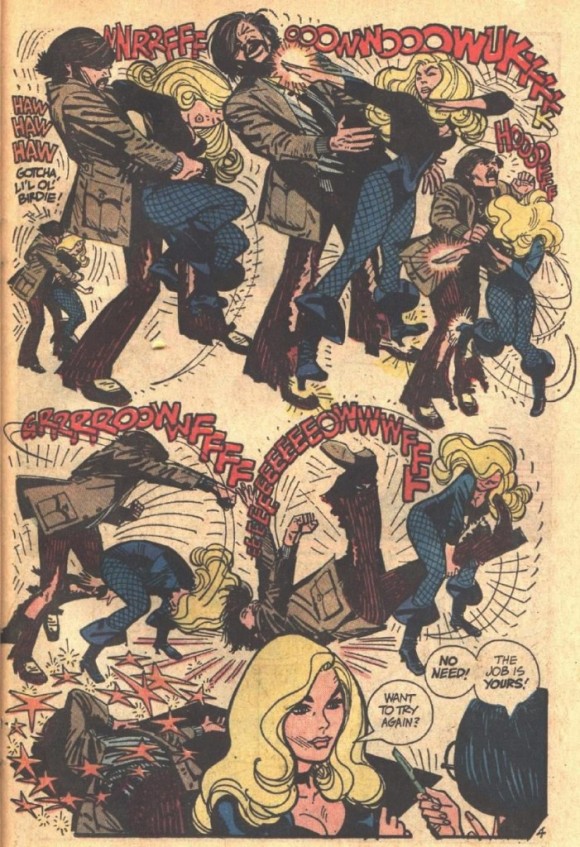 I wish I could write something about each of the following, but then that would be another interview, so I’m just going to list a few in no particular order: Neal Adams, Bill Tytla, Jose-Luis Garcia Lopez, Walt Stanchfield, Jim Aparo, Art Stevens, Antoine Barye, Blaine Gibson, John Buscema, Rembrandt Bugatti, Prince Paul Troubetzkoy, Albert Dorne, Milton Caniff, Noel Sickles and Dean Jeffries.

And of course also the 1960s comics, TV shows and Saturday morning cartoons were a big influence.