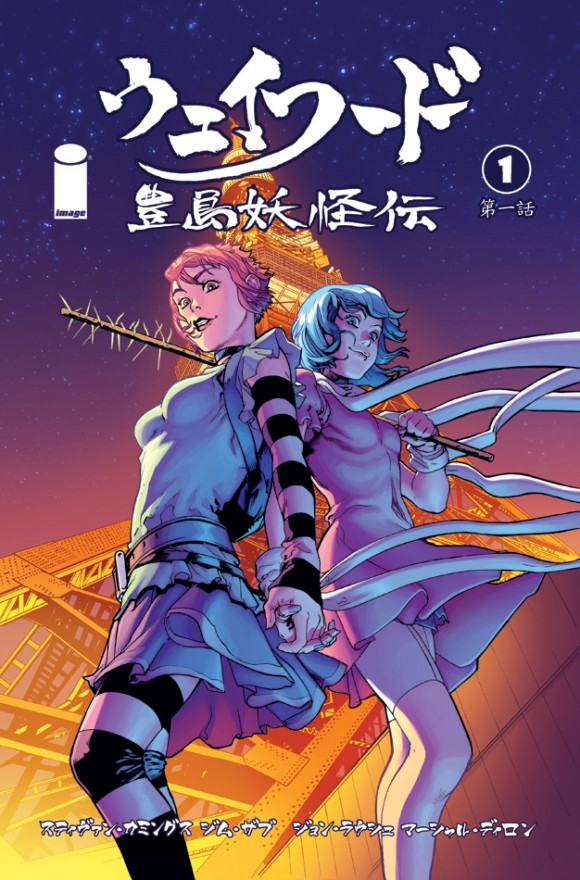 Zub and Cummings’ creator-owned project is, in Jim’s words: “Teenagers fighting Japanese mythological monsters.” And that’s pretty rad. But wait, there’s more! “It’s a bombastic supernatural series about the generational divide, ancient magic, and finding friends who will stand by you against all odds,” adds Jim. The book comes out in August and we’ve got Jim here for a MIGHTY Q&A – along with some fancy, EXCLUSIVE art! 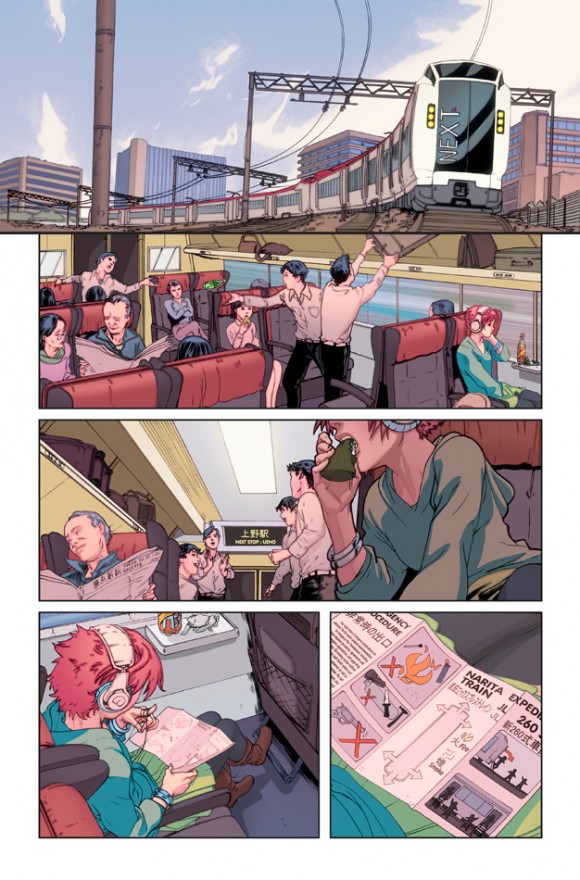 What’s the Secret Origin of this project? Steve and I have been friends for a while. He worked on a bunch of different projects when I was project-managing at UDON and I’ve always been impressed with his eye for detail and appealing characters. When we put together the UDON 10th anniversary art book (called ‘Vent’) back in 2010 Steve did up a really cool piece of artwork showing a girl in Tokyo standing around a group of creepy cats and it really caught my eye. I asked him about it and he told me he’d always wanted to do a supernatural story set in Tokyo. Four years later and the conversation that started then has grown and developed into Wayward, our new creator-owned comic series launching at Image. 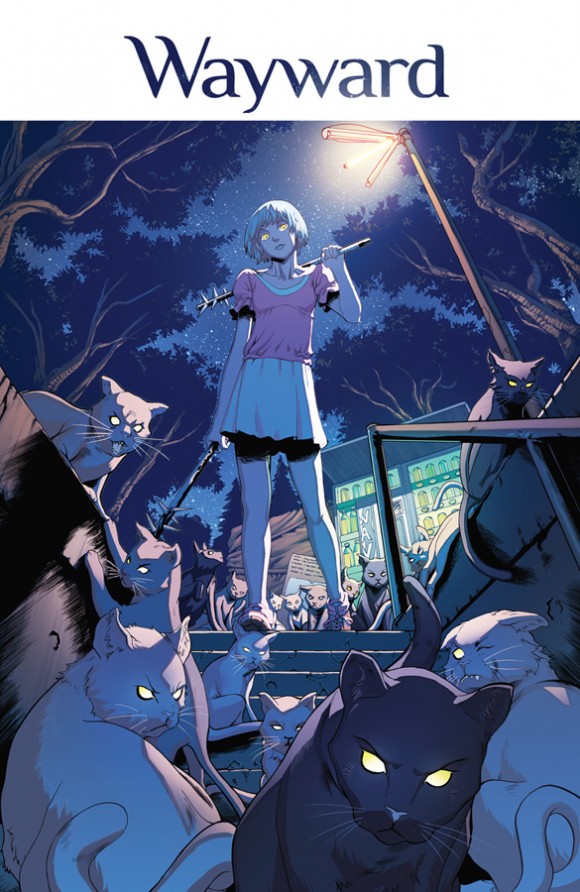 COVER A by Steve Cummings

You’re trading in Japanese mythology in Samurai Jack. I suppose a natural question is, how does one project inform the other? Samurai Jack plays pretty fast and loose with history and myth. It’s a genre melting pot with martial arts, fantasy, sci-fi, and cartoony elements all mixed together whereas Wayward is about bringing a new modern spin to Japanese folk tales and monster stories. Both comics have Japanese influences, but the final results are quite different. Steve is doing a wonderful job portraying Tokyo, giving a really detailed look at parts of the city North American readers have probably never seen before. We’re both really excited about bringing readers into a supernatural spectacle that’s grounded in such a fascinating real place. 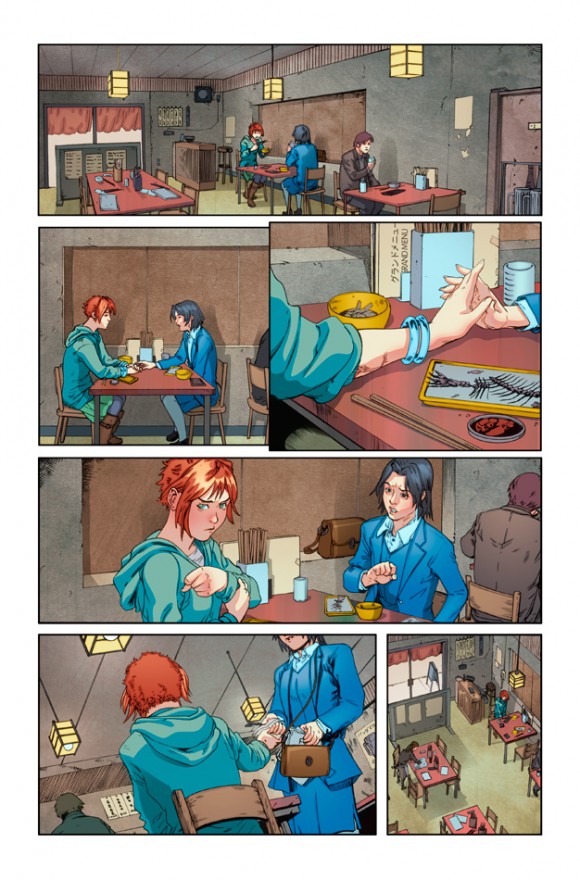 How did the book make its way to Image? I actually had the pitch at NYCC and brought it to a few different publishers but the stars weren’t quite in alignment in terms of publishing deal, budget or schedule. A few close friends encouraged me to try taking it to Image and so I pitched it to Eric Stephenson via email. He responded quickly and told me he was excited to launch it at Image. It was possibly the smoothest pitch-to-publisher situation I’ve had in my career so far. 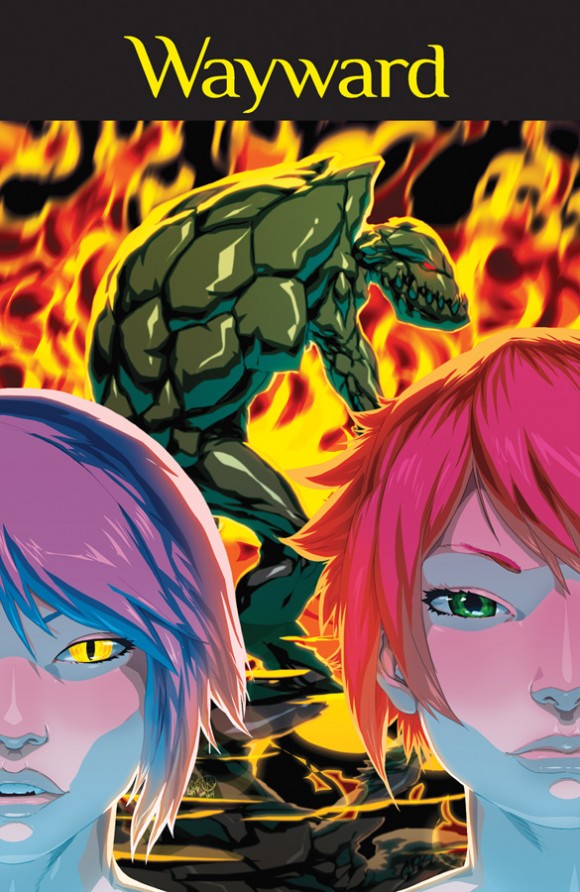 Why not go Kickstarter instead? I’m always curious how writers and artists make that choice these days. I’ve toyed with the idea of running a Kickstarter, but didn’t feel this was the right project to do it with. I know a lot of creators who have run successful Kickstarter projects and deeply appreciate the amount of attention and extra work they’ve taken to manage every aspect of production and fulfillment and make sure backers are happy. With my current teaching and writing schedule I didn’t want to go to readers directly and possibly mess up my reputation by overwhelming my schedule with tons of extra tasks I couldn’t handle. 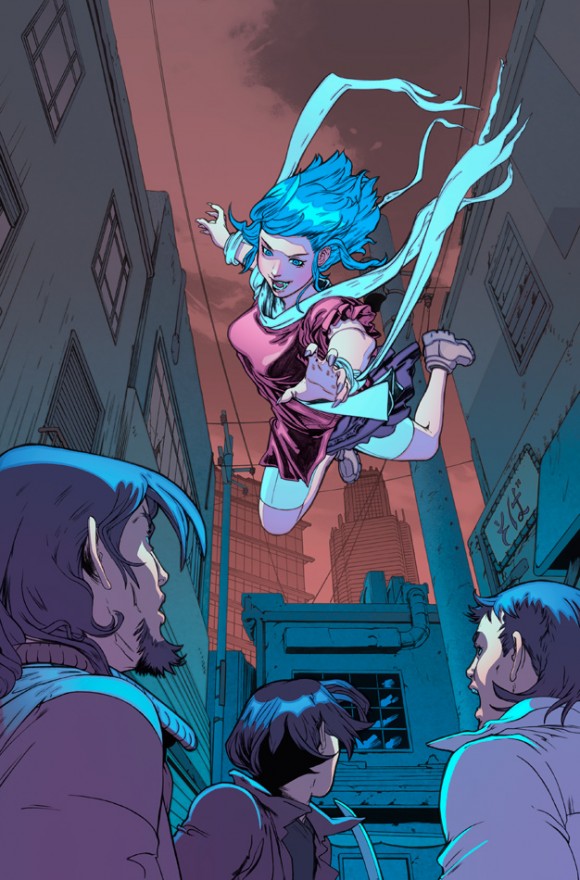 Steve has manga chops. In what kind of style is this story being told in?  Steve lives in Yokohama and can definitely channel the manga style but we’re not playing too heavily in those storytelling tropes for Wayward. Yes, Steve has a realistic-anime flare to his art and yes, it’s set in Japan, but it’s not a manga per se. We’re bringing a cinematic and grounded approach to the storytelling. 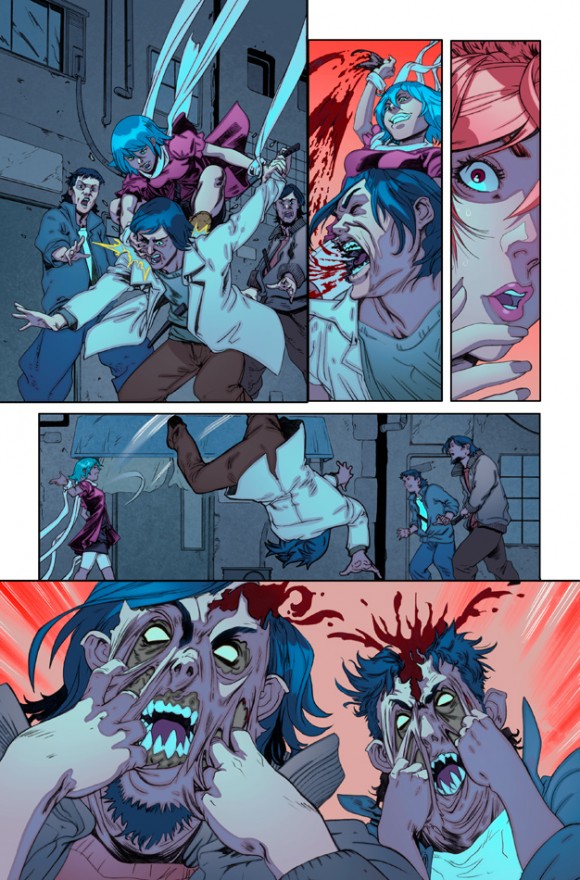 Have you been to Japan? Are you going? Will you take me? I’ve always wanted to go. I’ve been to Japan quite a few times (including for my hneymoon) and have a slew of photos I took each time. Being able to dig back into those and remember the atmosphere and vibrancy of Tokyo has been exciting and nostalgic for me. I’m hoping to take another trip in 2015 and head to different locations with Steve as we work on the second story arc.