I’m a big proponent of Evan “Doc” Shaner’s old-school style of cartooning. It’s clean, it’s witty and it’s bright. This week he’s got a new book and this week he’s here for a MIGHTY Q&A:Flash Gordon #1 from Dynamite comes out tomorrow, written by Jeff Parker, with Shaner art and Jordie Bellaire colors. Check out the lovely preview art. 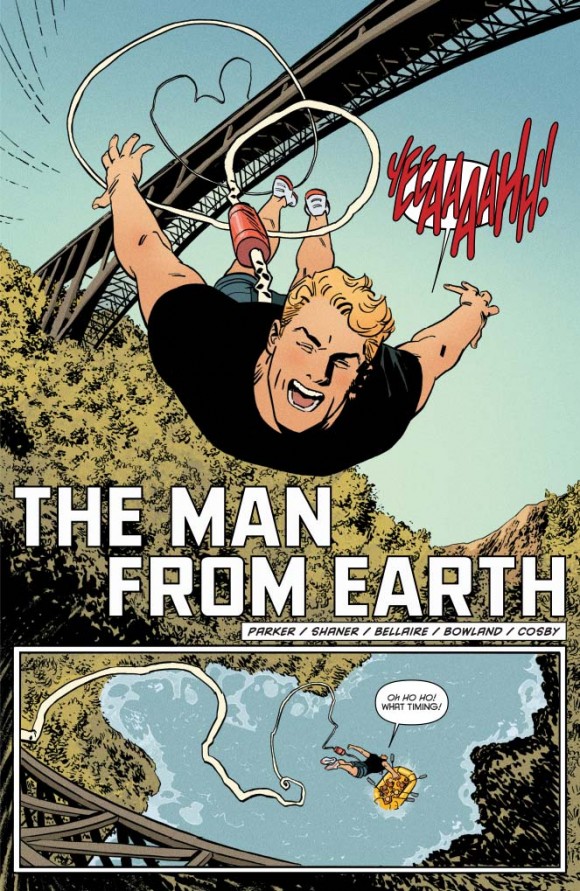 Doc Shaner: I was raised in Michigan and started drawing when I was 7. I’ve wanted to be a cartoonist since I read my first book of Peanuts strips. I worked for the student newspaper in college as staff cartoonist and
have been working as a freelancer since. No radioactive spiders or magic lightning bolts. Yet.

At the moment, the new Flash Gordon series for Dynamite with Jeff Parker and Jordie Bellaire. The last chapter of (the digital-first) Adventures of Superman that I drew went up (recently) so I finished that a while ago. 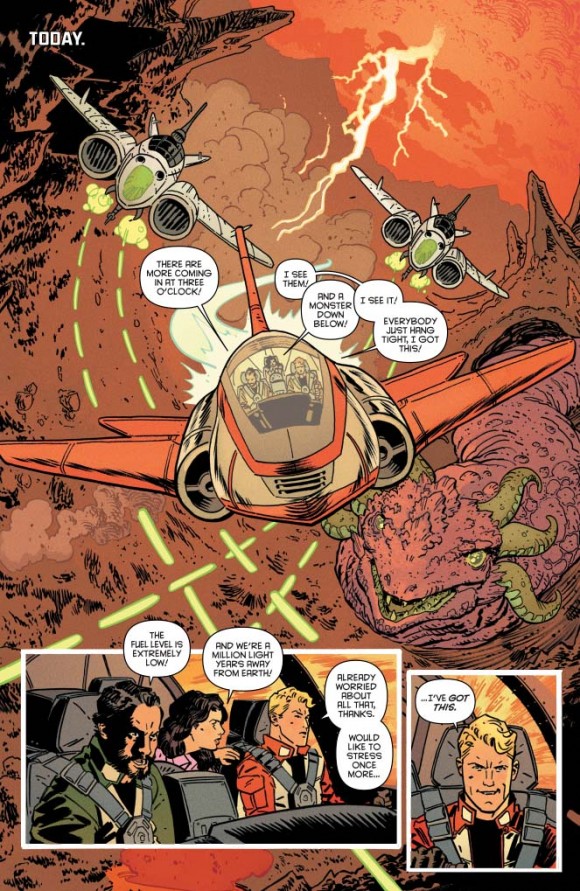 You have a very classic style. Who were your biggest inspirations as an artist?

In regards to comic books, it started with Joe Kubert and Mike Wieringo. From there it’s Alex Toth, Jordi Bernet, Frank Robbins, Charles Schulz, Bill Watterson and David Mazzucchelli, to name a few.

This Bizarro is brilliant. Why nobody put him in red underpants before like that is beyond me. Tell me more.

I’ve been doing those Superman villain redesigns for fun whenever an idea strikes me. Bizarro is also a particular favorite of mine so I can’t believe it took me as long to get to him as I did. I liked the idea of Bizarro having parts of maybe a kid’s Superman Halloween costume and then having to put together the rest from stuff he finds.

This also brings to mind that I see a lot of standalone pieces of yours flying around the web, moreso than a lot of artists. Do you do a lot of commissions or is a lot of that for your own fun? Is it an exercise?

A little of both. I did take an awful lot of commissions when I first started freelancing years ago, and I know those are still out there. I also have that trait that seems to be part of coming up in the Internet age where I feel the need to post everything I draw, so a lot of my warm-up sketches or personal pieces are on the Internet. I freely admit that a number of them are procrastination made visual. 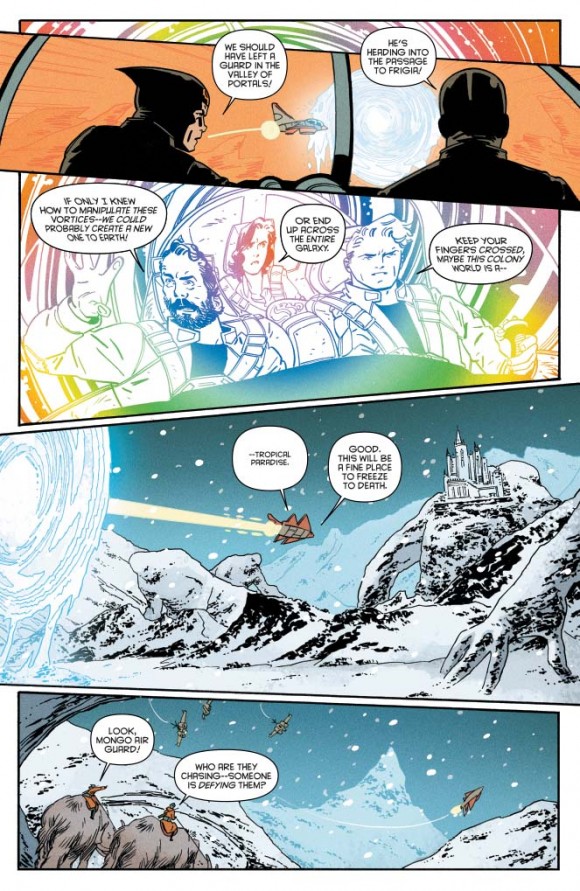 Getting in the Wayback Machine, what was your first comic? Do you still have it?

The first comic book I walked into a shop and bought was the paperback collection of World Without a Superman, back in the ’90s. I still have it, beaten up as it is. I was 8 or so at the time and still relatively
new to superheroes, so learning that Superman had died blew my mind.

Probably one of two things — My dad gave me his collection of old Peanuts paperbacks when I was a kid, and I still have all of those. That or, when the last Calvin & Hobbes strip ran in the newspapers I
cut it out and my dad and I built a frame for it. It’s hanging directly behind me right now, almost 20 years later.

What’s your favorite character? Is there a character you always wanted to work on but haven’t?

I know I don’t have one favorite. Superman’s certainly up at the top, so it was nice to check him off the bucket list. Captain Marvel, the Thing (and the FF in general), Jonah Hex, Plastic Man, and a handful of the X-Men are all favorites that I’d dive at the chance to work on. Thor and Daredevil are favorites that I got to draw a little in that Deadpool Annual.

Gun to the head: What are your three favorite comic-book stories of all time?

Hmm. Without putting too much thought into it, Flycatcher’s whole arc in Fables is a favorite. I just read it recently but I really enjoyed Superman: Secret Identity. That recent Fury MAX series really blew my
mind too. Fantastic art in all three but that’s purely from a story standpoint. 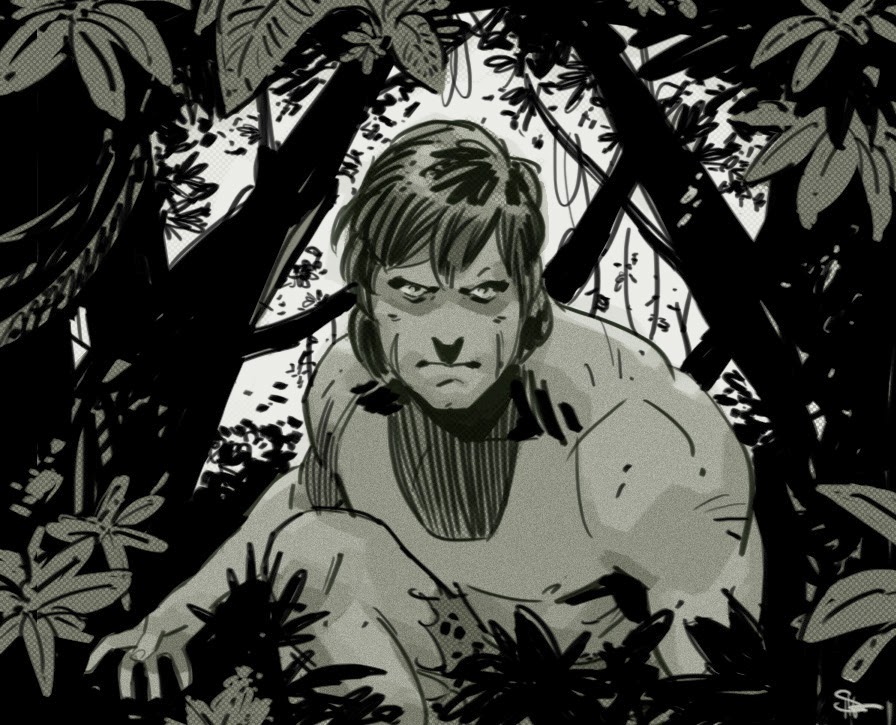