Writer Ed Brisson has a two-fer this Wednesday: RoboCop: The Last Stand #8 and Sons of Anarchy #7, both from Boom! Studios.

RoboCop is the capper to the miniseries, the first seven issues of which were adapted by Steven (2 Guns) Grant from Frank Miller’s unused movie script for “RoboCop 3.” SOA launches a new arc, continuing a series originally set to be a limited run written by Christopher Golden.

Dan Greenfield: Wednesday’s a nice day for you this week: Tell us about the books you’ve got coming out. Are you treating yourself to lunch?

Ed Brisson: Sure. My first issue of Sons of Anarchy (#7) hits that day. It’s a Lee Toric “solo” issue that’s illustrated by Jesus Hervas who … holy God that dude is an incredible artist. Sooooo good. I’m really proud of this issue. It was great to be able to tell this story about a character who might not have been one of the major players in the show in the long run, but who had such an effect on the club and set some serious wheels into motion. Lee Toric was one of my faves. That’s one of the things that I love about the show, they have a lot of really interesting and well-defined characters. It’s the kind of stuff that I really get a kick out of.

The other is the final issue of RoboCop: Last Stand. It’s an epilogue of sorts. An original story that takes place after the events in the Frank Miller/Steven Grant issues and is drawn by series artist Korkut Oztekin. The story is really about the fallout of OCP’s ultimate failure in trying to “save” Detroit. I mined some characters from RoboCop’s past for this final showdown, so fans of the franchise are in for a treat. Figure if I never get to write another RoboCop story again, then at least I’m going make this one as big and bad-assed as possible.

I’d like to say that I am treating myself to lunch that day, but in reality, I’ll probably be at home, tied to the computer, still in pajama pants, writing and eating leftovers over the sink. The glamorous life of the comic book writer! 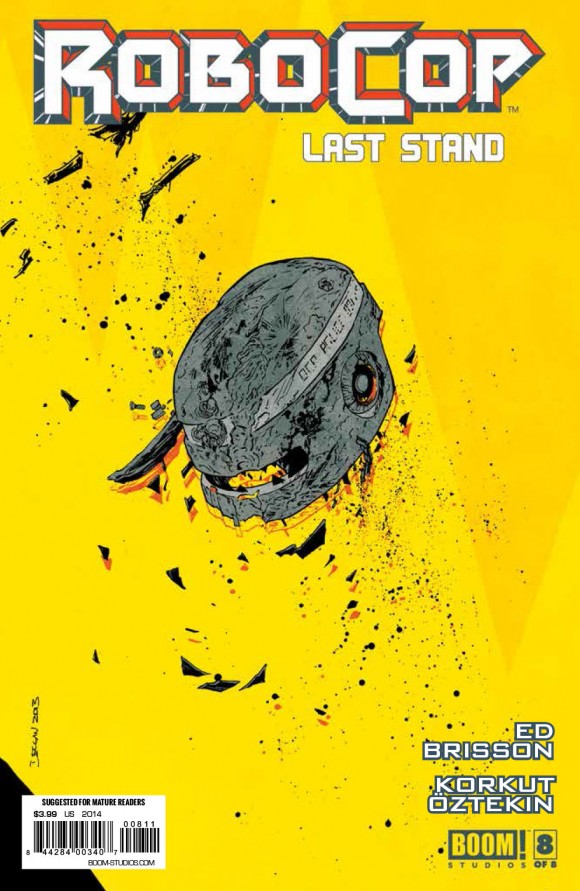 How big a fan of RoboCop and SOA were you before these gigs came along?

I am a huge fan of both. I’ve been a RoboCop fan since as long as I can remember. Used to have it on VHS and would watch it weekly when I was younger. Still revisit it at least once a year. It’s held up amazingly well over the years! Still enjoy the hell out of it and would rank it amongst one of my all-time favorite films.

SOA I came into around the second season. This is something I’m not sure I’ve talked about publicly before, but the reason I started watching Sons initially was because I was working up a pitch for a comic series about a biker gang. I’d done months of research and was forming the pitch, mapping out the series, all that sort of fun stuff.

I figured I should probably watch SOA just to make sure that we’re not treading the same territory (seeing as both involved bikers). After watching the first season, I threw my pitch away and scrapped the project. It was a sad day in the Brisson household. SOA had beaten me to the punch. It’s funny how things work out and now, 2-3 years later, here I am, writing the SOA comic. Life is funny sometimes. 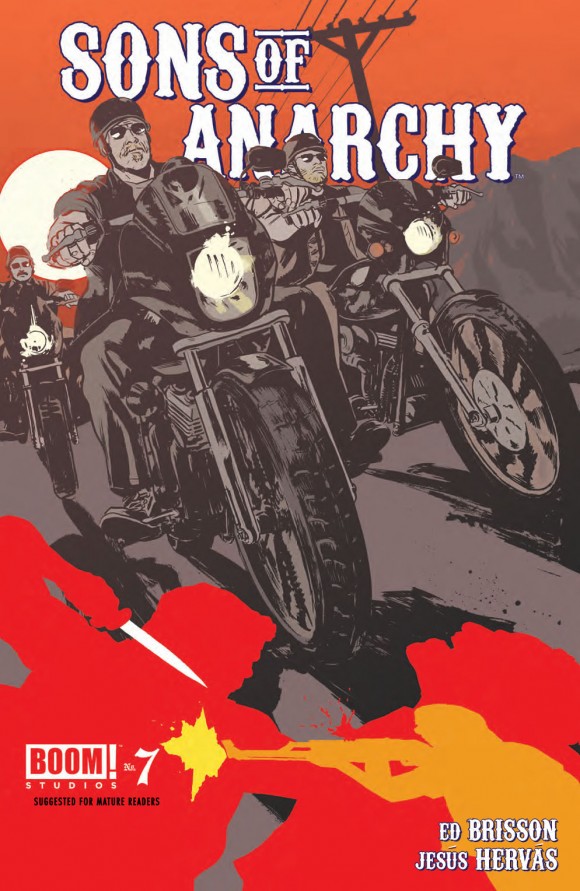 So you’re wrapping a RoboCop story that had its genesis with Frank Miller years ago. How did you wrap your head around that one?

It was a cool opportunity to tell a story in the OG RoboCop universe. Boom! was kind enough to send me the first seven issues to read through beforehand. I had been aware of the script since just after the third RoboCop came out and was happy to see it brought to life. With the eighth issue, it was really just a matter of telling a story that could take place after what Frank Miller and Steven Grant had already laid down, just getting into that mind space. Telling a complete story that doesn’t disrupt, but also gives some sense of closure.

When working on a comic based on an ongoing story, like Sons of Anarchy, how do you go about creating a storyline that has stakes the reader can buy into?

The interesting thing that Boom! has been doing with SOA, and why I think it appeals to readers and fans of the show, is that they’ve taken the series back to examine things that have come up already in the show, that maybe were not explored — could be passing comments or a past hinted at.

As a reader and a viewer, those are things that interest me. Situations where you know just a little bit about what happened — if you know too much, then there’s no point in going back and exploring that thread.  So, I think that we’re giving readers stories that they want to hear, things they may already have questions about.