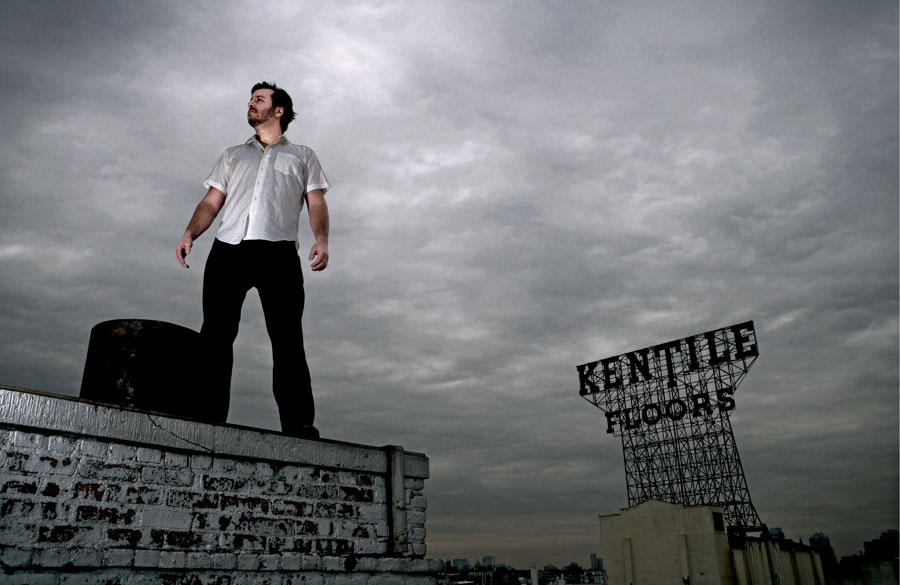 How did you get into this line of work?

When I was 12 years old I knew that I wanted to make comix my life. I used to draw comix all the time and, eventually, was good enough my senior year of high school in 1985 to become an assistant to Bill Sienkiewicz, Howard Chaykin, and Walter Simonson on “American Flagg!”, “New Mutants,” “Elektra: Assassin,” and “Thor.”

Then, I co-created and drew “The Verdict,” a black-and-white mini-series written by Martin Powell for an independent publisher in 1987, but took a bunch of part-time jobs: take-out food manager, bus boy, waiter, graphic web-designer, filing clerk, movie production assistant, etc., so I could draw comix at night and, someday, get paid to do them during the day. Little did I know that making comix full time would mean working 12 hours a day, seven days a week.

What’s the first comic you bought?

I don’t remember the very first comic book I bought but I’ll bet I still have it in my collection. It was either a “Shazam!” or a “Fantastic Four” comic from the late 1970s. I also remember buying the “Star Wars” comic. It made me want to see the movie and my father took me and my brother the first day it came out.

What creator influenced you the most?

Jack Kirby. His unrivaled imagination and genre-bending understanding of science fiction, romance, gods and monsters as pop culture gave America its own mythologies. Kirby was two years younger than I am now when he co-created the Marvel Universe on an art table no wider than 3-feet.

How does being in New York inform your work?

The 24 hour activity and tension of New York City keeps me on mental alert for human conflict and affords opportunities to do things you would never consider doing BEFORE midnight (wink). New York is a perpetual source for story.

What are some of your favorite hangouts in the city?

— The Russian-Turkish Bathhouse on 10th street between avenues 1st and A in Manhattan. An underground cauldron where you can wallow in heat and/or rub sweaty elbows with NYC’s smartest, finest, and grumpiest.

— Wo Hop in Chinatown. An oasis for cops and robbers to go on break for late night steamed pork dumplings and hot and sour soup.

— La Caridad on the Upper West Side. Here’s a good secret to know: Eat wherever taxi drivers eat. They know where to get the best/cheapest meals. That’s how I first discovered this Chinese/Spanish mecca. Ask for extra garlic on your fried pork chops.

— Sunny’s Bar in Red Hook, Brooklyn. The last bar at the end of the world where the blue grass music spiritually uplifts as you knock back amber gold.

What work are you the most proud of?

Billy Dogma, the last romantic antihero. My emotionally true avatar and love letter to the insanity of love. (http://welcometotripcity.com/category/series/billy-dogma/)

What work would you rather forget?

“SLC Punk!” A promotional comic book for the movie. I dug the film but I’m not thrilled with my work on the comic. I feel this way about more than half the comics I’ve drawn, thus far. I just have to accept that one of the threats of being a published artist is that you grow up in public, zits and all.

Who is the most underrated cartoonist, artist or writer working in the field today?

Joe Infurnari is an amazing cartoonist of renaissance proportions who deserves everyone’s attention. Check out his art on “MUSH! Sled Dogs With Issues (written by Glenn Eichler),” “Marathon (written by Boaz Yakim),” and, of course, “Time F#©ker!” (Visit http://joeinfurnari.com/)

What’s the best part of being in the business?

I won’t lie, I’m not fond of the business of comics. But, I dig the challenge of conjuring stories and the thrill of selling them to editors, publishers, and readers. There’s something sweet and satisfying about creating ideas that people want.

The comic book industry has a deep history of being the bastard stepchild of movies and animation and hardly ever considered worthy to sit in the same room as literature. I grew up feeling like I had to apologize for my passion of the form. I’m happy to witness that perception change with our progenitors of cool and literary institutions giving comix the official nod, coupled with the popularity of Hollywood’s blockbusting iterations. Now, if only comix paid a wage that allowed cartoonists to add jelly to their peanut butter sandwiches.

The 46-year-old native of the Upper West Side moved to Brooklyn’s Carroll Gardens 16 years ago. His career highlights include the Eisner Award-nominated “Billy Dogma” series, collaborations with writer Pekar on “American Splendor,” and “The Quitter,” writer Jonathan Ames on “The Alcoholic” and Inverna Lockpez on “Cuba: My Revolution.” He won an Emmy for illustrations he did for HBO’s “Bored To Death.” Dean also creates and co-curates multimedia projects for TripCity.net. And you check out tons more at http://www.deanhaspiel.com/.