People cannot get enough of Pendleton Ward’s creations and artist Ian McGinty of Boom! Studios‘ Bravest Warriors is one of the most enthusiastic aides to the cause. A MIGHTY Q&A: 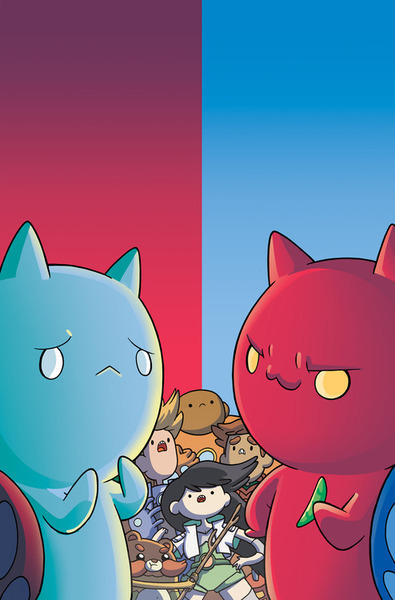 I first encountered Ian just recently, when we previewed the new Bravest Warriors #23. But he and writing collaborator Kate Leth are funky folks in their own right, as you may very well know. Anyway, I wanted to talk to them more about their careers beyond the Wardverse. We’ll have Kate here next week. But here’s Ian McGinty with a MIGHTY Q&A: 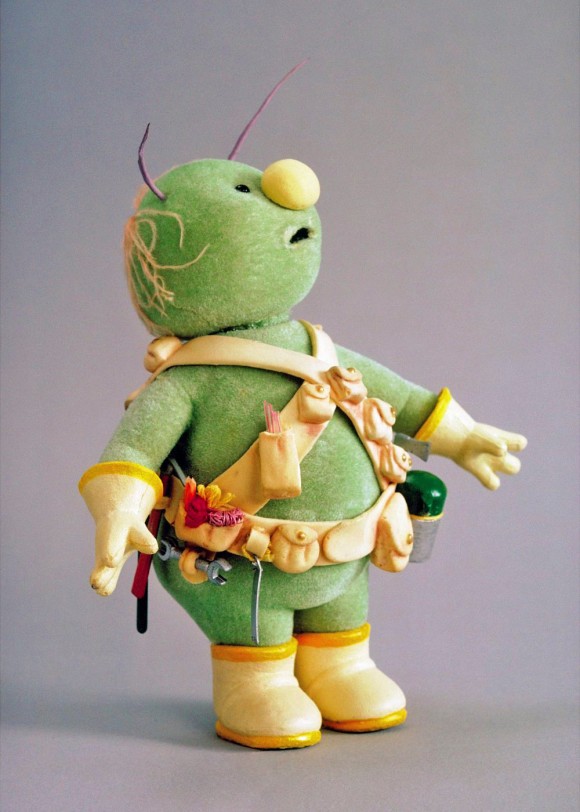 Besides Bravest Warriors, what else do you have going on right now?

A lot! I’ve been working with Top Shelf Productions on my own cooking/adventure/pirate/monster graphic novel for a while now, and that’ll be out sometime next year. Really excited for that. It’s a series that is very close to my heart and I think people will really enjoy it. I’m also working with Eric Esquivel and Hannah Nance Partlow on an e-book series we co-created for Frederator Books called Roberto Roboto. It’s about a little robot boy and his pet kaiju and all their adventures. I designed the characters and world, taking some stuff from Astro Boy and Akira Toriyama’s earlier work and peppering in my own art style. It’s very cute and fun. I’ve got an animated pitch I’m developing for Cartoon Hangover with comic tie-ins and, as always, I’m doing a lot of cover work for children’s books and other comic titles. I’ve also been trying to get more into animation, and that’s been fun. It’s been a busy year and I’m looking forward to the future! 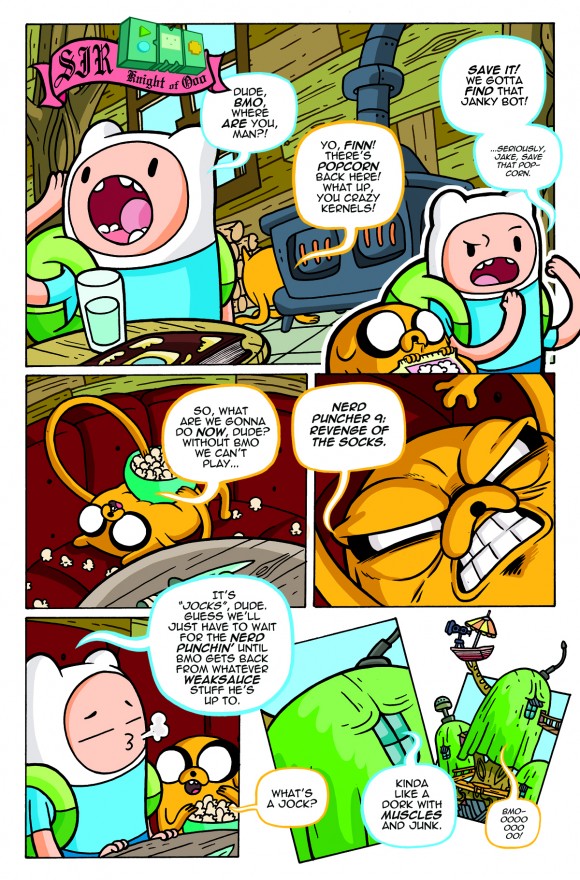 You do all-ages books. What do you dig at the other end of the spectrum?

I really dig anything that is A) funny, and B) dark. Humor is actually pretty hard to do in comics, especially when you’re talking adult humor. It’s a good book that can be funny and dramatic all in one go. I’m working so much on comics now I don’t get a ton of time to read new comics, but when I do I generally tend to shy away from superhero comics and go for the more indie stuff. I also really enjoy books that come off like they’re all ages, but really aren’t for kids like, say, Jeffery Brown’s Incredible Change-Bots. There isn’t anything violent or whatever, but it’s super subtle in it’s way of saying, “This isn’t really for kids, even though it looks like it’s for kids.” That sort of thing just blows me away. Coincidentally, Kate and I are working on a comic pitch for “Clone High,” so stayed tuned… 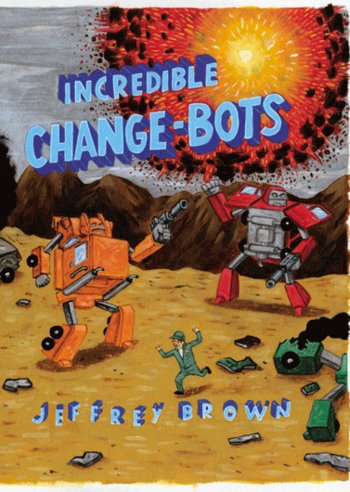 With something like BW, you have to draw in an already-established style. But as an artist in general, what work do you like the most? Who’ve been some of your biggest influences?

I’ve been influenced by a lot of people, but I generally xite Jhonen Vasquez’s Johnny the Homicidal Maniac, Squee! and I Feel Sick, as big time getting me going on comics. I spent a lot of my early years trying to ape that style, which never worked for ME, but it helped me learn a lot about negative space and panel timing, things like that. Stylistically, I also got really into Akira Toriyama’s Dr. Slump series, ’cause I loved the squished look of the characters. Also, the facial expressions are pure gold. I was touring with a band for a few years before getting into the comics career thing, and those books were what I always read before we played a show. I was a nerd then and now, I do not apologize for that. And finally, Bill Watterson was huge, as well as The Far Side and other newspaper comics. Garfield is still funny, goddammit. 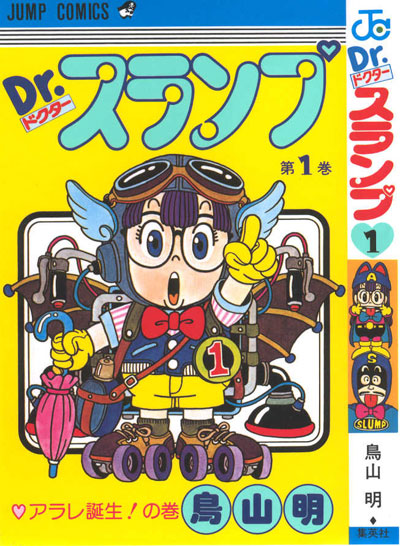 What was your first comic? Still have it?

Yep. It was the first Calvin & Hobbes collection, the one where he’s going off a pier into a lake on his red wagon and holding an umbrella. It’s in my collection right now. The back cover is torn off cause I threw up on it during a road trip with my family years ago. 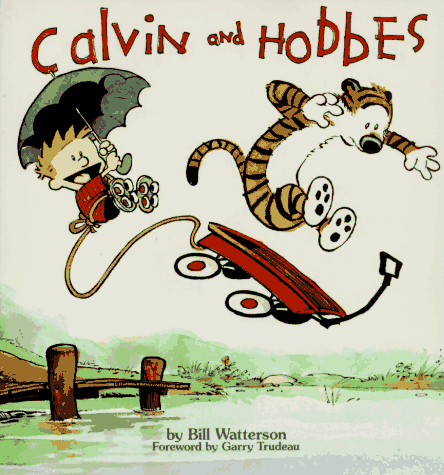 Name three characters that you would pretty much kill to work on. Or if not kill, at least permanently maim …

Weirdly enough, Bravest Warriors was, like, THE title I wanted to do. I really lucked out recently with issue #25, ’cause Kate and I got to do a Catbug one-shot that introduces a brand new character we created, Bugcat! I’d also love to work more on Bee and Puppycat, specifically Puppycat’s character. That could be a cool spinoff comic, right? I’ve done a bit of stuff for Natasha (Allegri) and she’s the best, and the whole world is just amazing. Outside of the realm of all-ages, I’m a huge Swamp Thing fan, so that would be awesome to work on, and I’ve always liked Hellboy. Hell, I’d even do Man-Thing. Just give me spooky monsters. 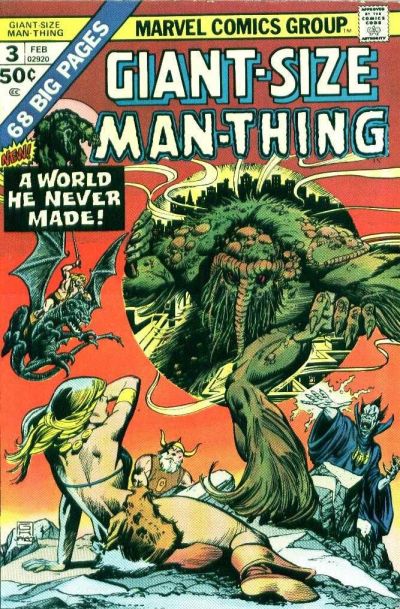 What’s the most sentimental comics item that you own?

I have an original Wizard of Id strip given to my grandfather and passed on to me, where the guy who is always shouting out the time on top of the castle goes, “6:00 AM AND TOP O’ THE MORNIN’ TO YA” and the joke is “McGinty’s gotta go!” It’s a pretty dated joke but cool to see in person.

Tell us a secret.

I’m not a Doozer from Fraggle Rock.

Not Ian McGinty, after all