The Mighty Q&A is back today with Aaron Lopresti, an artist whose worked on most of your favorite superheroes. Dude’s been on the scene for a while and has worked on this fancy line-up: Spider-Man, the X-Men, the Hulk, the Avengers, Batman, Plastic Man, Green Lantern, Superboy — plus works such as Xena, Star Trek and Gen 13. Impressive, no? I’m a fan of Aaron’s slick style and had the burning urge to put him under our grueling spotlight:

What are some of your recent projects?

I recently finished a Legends of the Dark Knight story that I wrote, penciled and inked. It’s out digitally and started in LOTDK #66.  I am not sure what the issue number is for the print version which will come out soon. I also just finished penciling the Solomon Grundy Villain’s Month One Shot for DC that was out in September as well. That story was written by Matt Kindt and inked by Art Thibert.  I also penciled Catwoman #25, which is the Zero Year issue written by John Layman and will be inked again by Art Thibert.  Wow, I sound really busy. 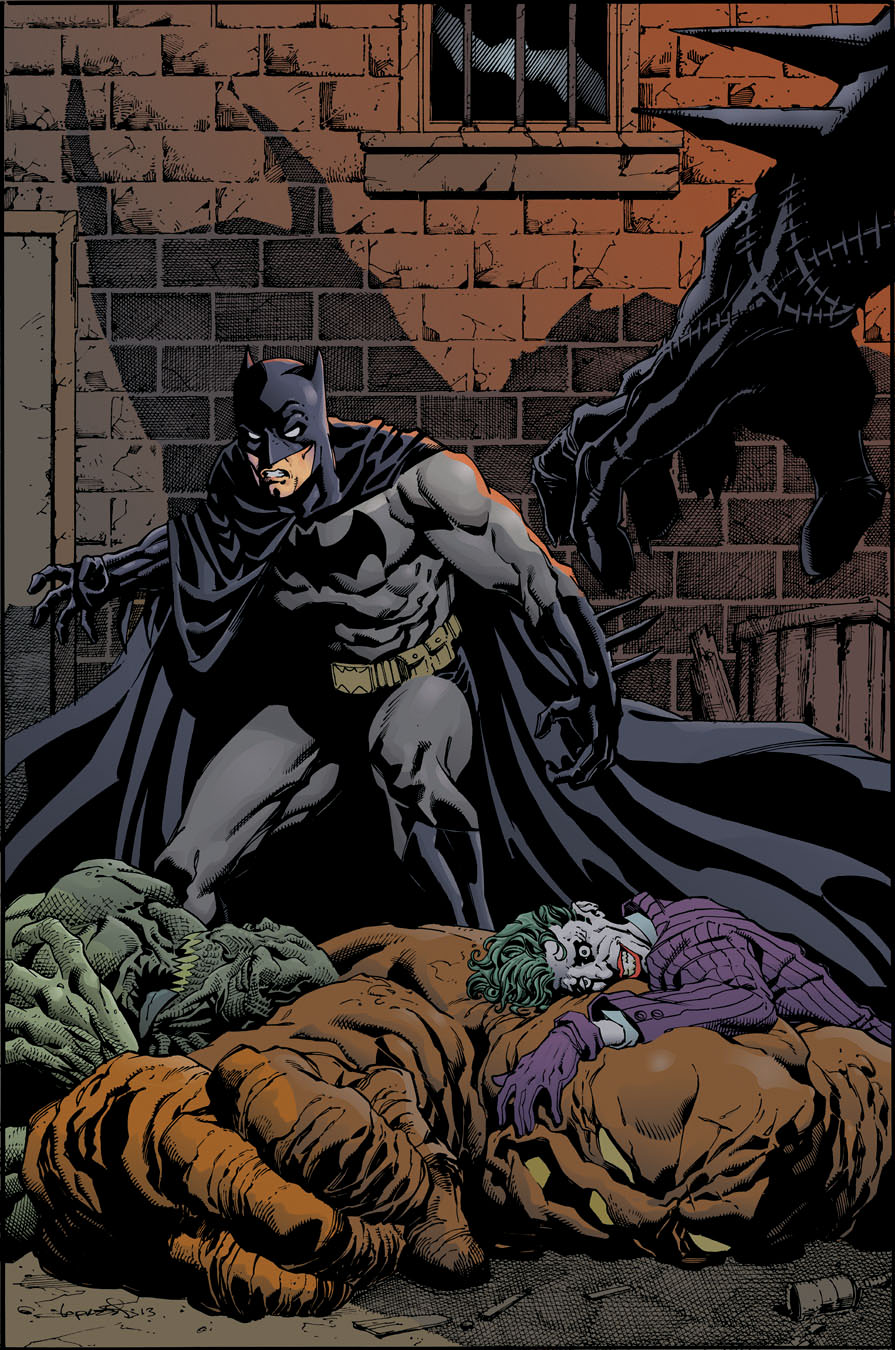 Well, for a complete and somewhat truthful account of my personal and professional life people should check out my website. But for the purposes of this interview I will give you the Reader’s Digest version. I wanted to draw comics ever since I discovered them at about the age of 10. However, I ended up abandoning my artistic dreams and went to film school at USC. That was around 1988. After a year out of film school and very little prospects, I decided to go back to art and try comics. I toiled in misery for a few years before getting my big break with Malibu Comics’ Ultraverse title, Sludge. I actually did some sporadic work for Marvel before that but nothing that amounted to much.

I am married to Shelley (for over 20 years) and I have two children, Josh (19) and Sammi(11). We currently reside somewhere in the Portland, OR area.

I work at home so the toughest thing I have to deal with is keeping from getting distracted. The other thing is avoiding complacency. After doing this for almost 20 years I have to remind to keep myself focused on doing my best work and never taking for granted that I have a job drawing comics. It’s actually not that hard to stay motivated because there is so much talent in this industry you can easily get passed by if you are not constantly improving.

I was a total Marvel Zombie.  Although I do remember reading some of Jim Aparo’s run on the Spectre in Adventure Comics. I also discovered Swamp Thing about 4 years after it came out but that might just have been because Wrightson drew it and I was a big Wrightson fan. 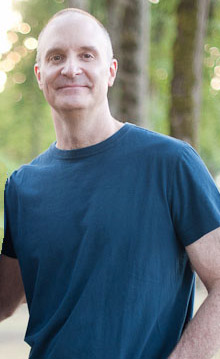 That’s a difficult question.  My best work is probably in my run on CrossGen’s Mystic and my Garbage Man series for DC (Garbage Man was a serialized story that ran consecutively in the Weird Worlds and My Greatest Adventure mini-series).  I am best known for my run on Wonder Woman but my proudest achievement may be my run on Marvel’s Planet Hulk. That story is already a classic and I feel very fortunate to have been able to work on it.

There are a couple of regrets I have from early in my career that I can’t mention without indicting someone else in the process so I will remain silent.

There’s a couple but the one that always comes to mind first is The Killing Joke.  That is a superbly written, drawn and executed comic story. If I can throw in some honorable mentions I would list, Amazing Spider-Man #121 and 122, Swamp Thing #7 and Giant Size Avengers #2 (Death of the Swordsman). 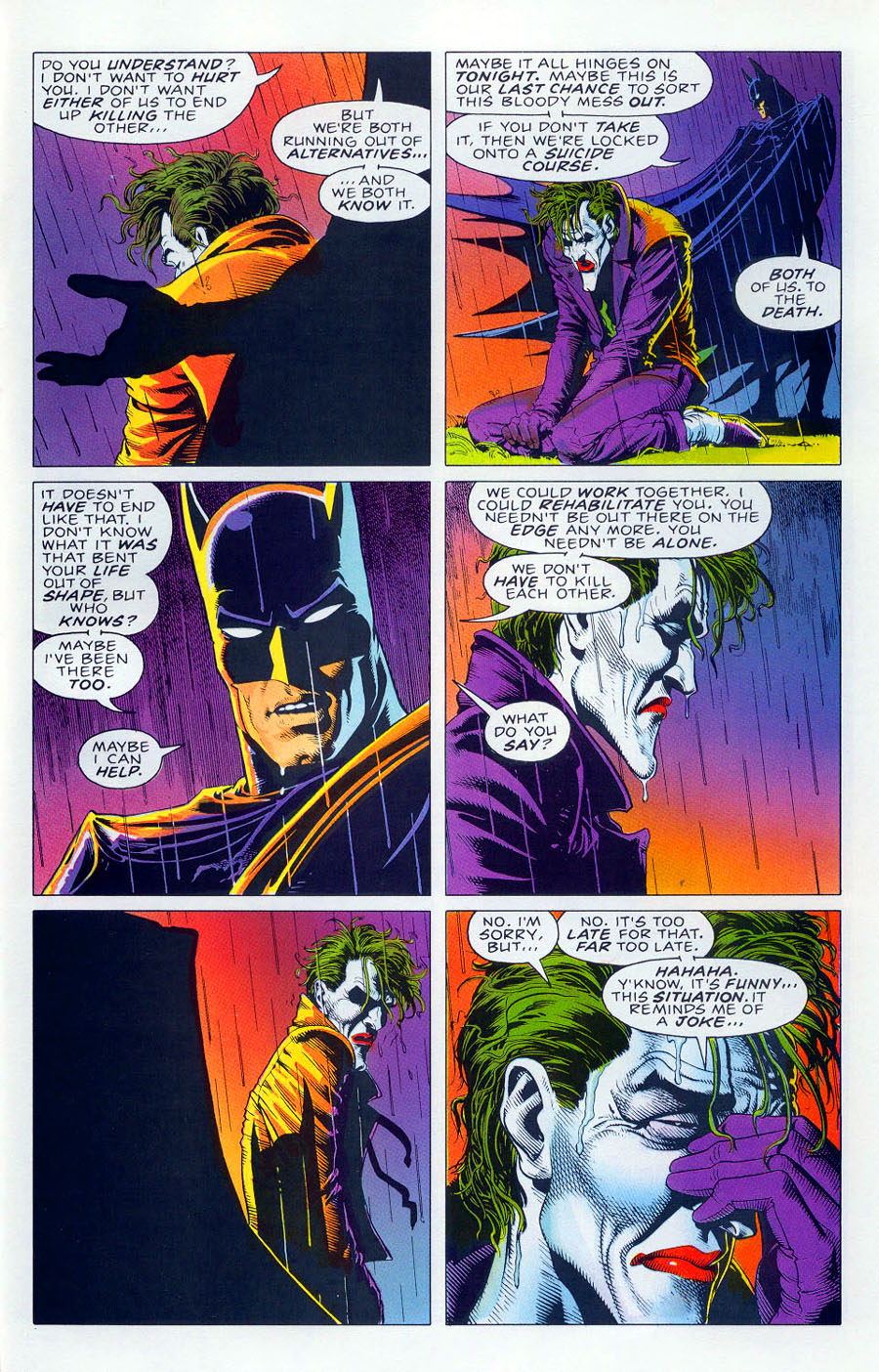 I was on a vacation with my family and we stopped at a grocery store and my mom told me I could get two comics to read in the car while we finished our road trip. I picked Fantastic Four #112 (one of the great comic covers of all time) and Amazing Adventures #7 because Thor was on the cover and for some reason I have always liked Thor. I think I was 7 years old at the time. At the end of the FF issue Hulk appears to have killed the Thing and it took me years before I found out that the Thing lived!  The Amazing Adventures issue had Thor squaring off with Black Bolt and it was drawn by Neal Adams. That book freaked me out. The realistic drawing with the politically charged story really unsettled me.

I do have both comics but not the originals that I bought on that road trip. 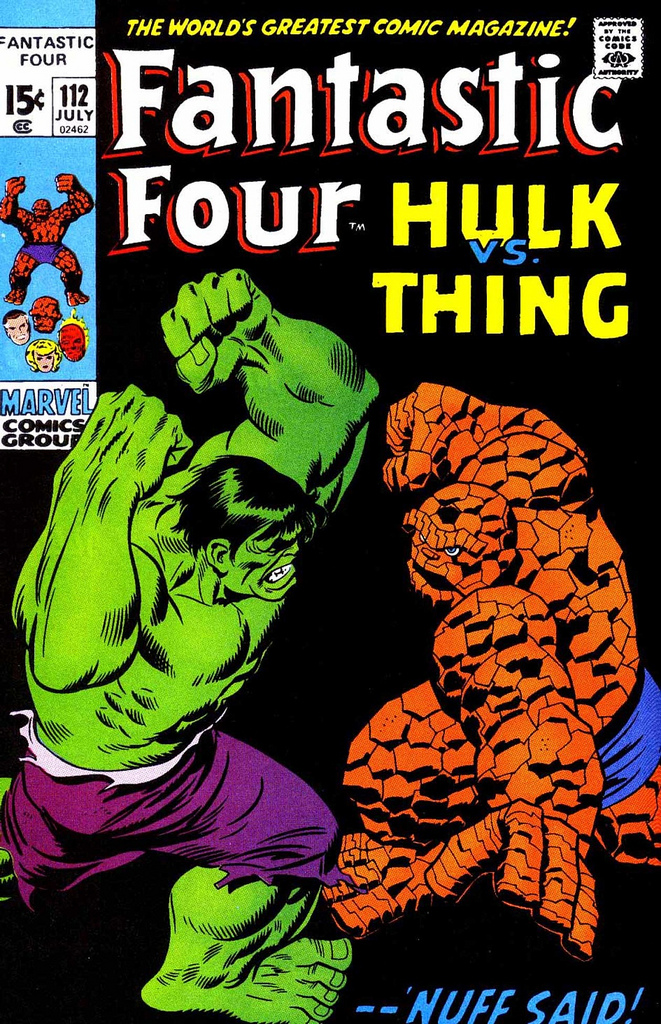 Tell us your best comic-related memory.

When I was looking to break into comics, I befriended the receptionist at Marvel and she would let me sneak in. Then I would wander around and bug as many editors as I possibly could trying to get work. One time I walked into the elevator after leaving the offices and shared an elevator with Murphy Anderson. That was very exciting. Then there was the time I brought my wife with me while looking for work and she got sick and threw up in the Marvel offices. The best story is the one I won’t tell here because it is too long but I was mistaken for Adam Hughes while sitting drawing next to Adam Hughes.

In 1976, I discovered the Overstreet Comic Book Price Guide for the first time in a bookstore (remember those?).  There was a gallery of covers in the back of the book that were reproduced in color. The one that I vividly remember was the cover to the Golden Age book National Comics #26. This is an iconic cover of Uncle Sam rolling up his sleeve getting ready for a fight, as drawn by Reed Crandall. It is a book that I thought I would never own. Well, I finally found one about 6 years ago and it is now my prized comic book possession. I don’t think I could ever sell it. 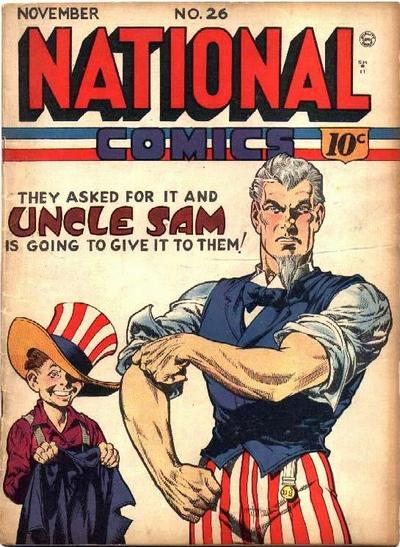 Just a couple of quick plugs.  I have a Web site (www.aaronlopresti.com ) with a blog where I discuss many comic- and art-related topics, as well as my art techniques. Also, back in 1999 I published through Image Comcs a single issue of a creator-owned comic called Atomic Toybox.  Well, I have reached a deal with Dark Horse to publish it as a mini-series hopefully sometime in 2014. People that read the book and have been left hanging for 14 years will finally get a chance to read the entire storyline and get their questions answered. Anyone can check my website blog or my Facebook page for updates on that project. Also, I have another series for DC Comics coming up.