The Mighty Mort Todd dropped into the 13th Dimension to discuss the revival of  Charlton Comics and his new imprint The Charlton Arrow. 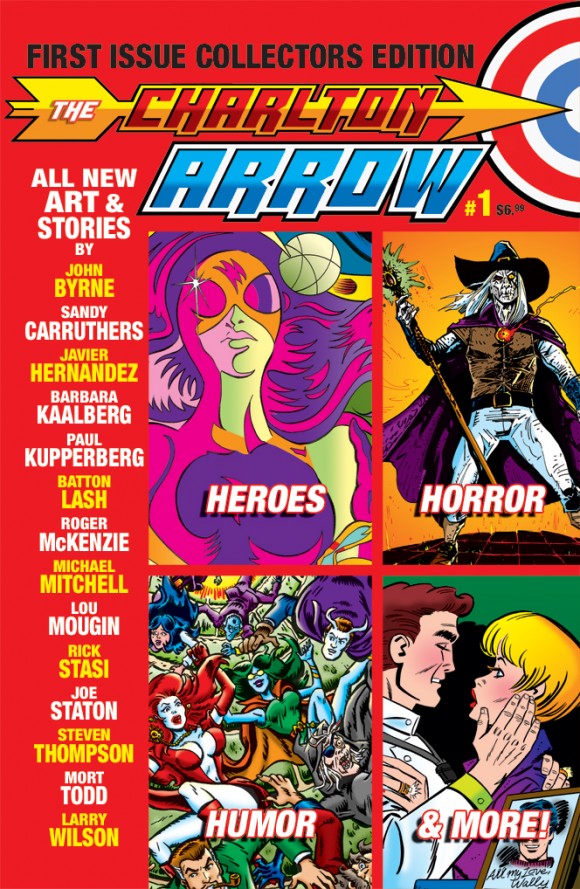 Cover to Issue #1 of Charlton Arrow

What inspired you to get involved in the revival of Charlton Comics?

Naturally, as a kid, I was a Charlton Comics fan. Well, not so naturally actually. Primarily, I was a DC/Marvel snob but then I started reading any comics I could get my hands on… everything from Harvey, Archie and Gold Key to romance and Christian comics. My little brother was less discerning and picked up the Charltons. I can even remember the ones he had: House of Yang #1 and War #1 with a Boyette bi-plane dogfight. When I noticed Charlton had Ditko stories, I was hooked! I became a total Charlton addict and really got into the variety of their output. I got a big kick out of the Phantoms by Don Newton and then found the Aparo back issues. 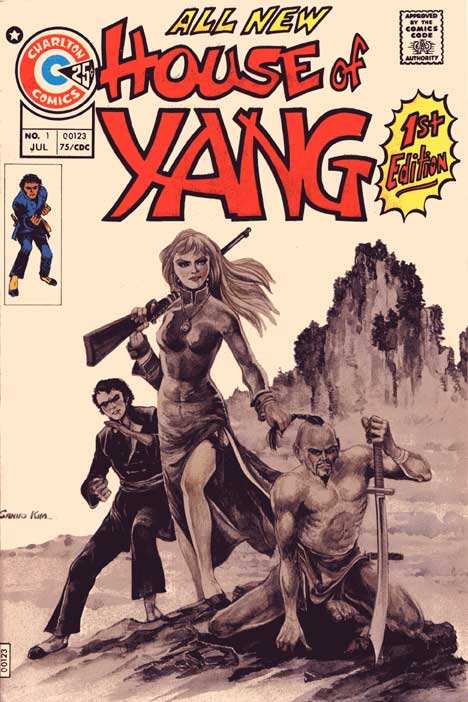 In the 1980s you wound up working for Cracked and Monsters Attack!. Is it safe to say your love of Charlton books influenced your choice of artists?

Within ten years I was an actual professional comics editor, able to hire my favorite creators and my first call was to Steve Ditko! As an editor, publisher or collaborator, I got to work with a few Charlton contributors besides Steve; Pat Boyette, Tom Sutton, Nick Cuti and I guess you can even count John Severin and Alex Toth as alumnae. 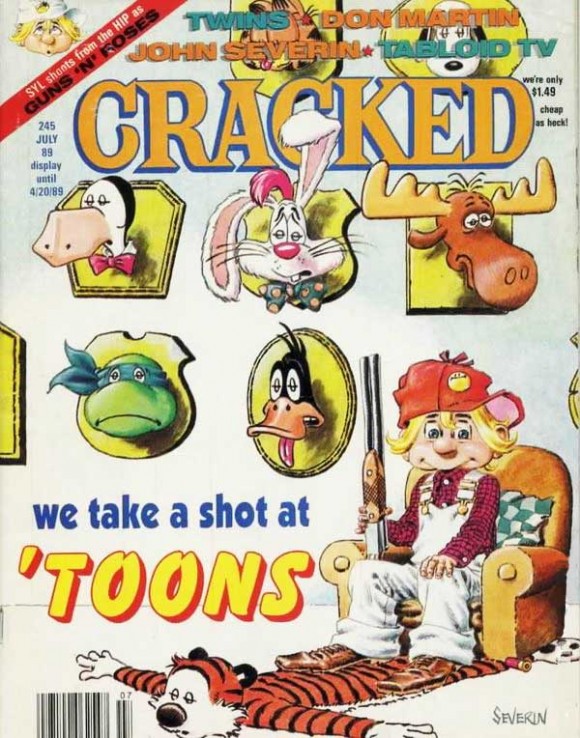 So you’ve got the experience, connections, and the passion for Charlton; how does the revival come about?

About a year ago, Fester Faceplant started a fun Charlton fan page on Facebook called The Charlton Arrow www.facebook.com/groups/thecharltonarrow ). I guess he knew me from comics, but also from album covers and other stuff I’ve done and we became pals. He also began a Charlton blog, posting comics pages at The Charlton Library  http://charltonlibrary.blogspot.com. The Facebook page attracted tons of Charlton fans, including many comics pros. He came up with the idea of doing a set of Charlton trading cards and a tribute fanzine, gathering a lot of fantastic creators who came on board. Paul Kupperberg and Roger McKenzie dreamed up excellent stories involving Charlton characters, and I drew a story written by Lou Mougin featuring all the beloved horror hosts, along with doing a few trading cards. 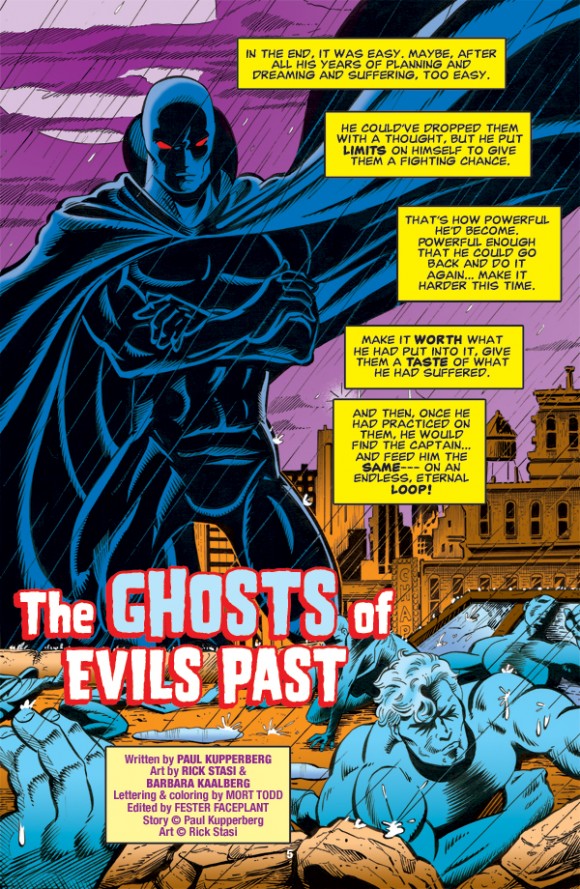 Splash page to “The Ghosts of Evils Past” by writer Paul Kupperberg, penciler Rick Stasi and inker Barbara Kaalberg.

I gather Fester had a lot of things going on, so Roger and I offered to take the reins and finish up what became The Charlton Arrow #1. Paul was able to get John Byrne to do a dynamic Doomsday +1 pin up and writer Larry Wilson had Joe Staton illustrate his “Career Girl Romances” story, with those artists giving us a direct link to classic Charlton! 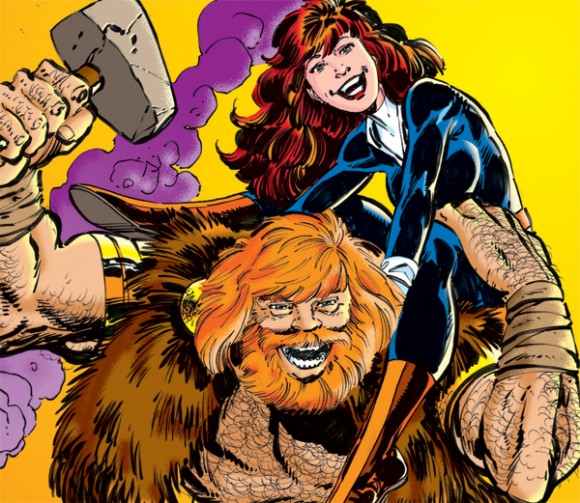 That’s an impressive line-up. How’s the book been received by the fans?

The response has been overwhelming. There are a pile of fans and creators out there with a warm feeling for Charlton. It had a quality missing from today’s mainstream comics that I feel we do a good job of emulating. We’re already planning the third issue and are very excited that Nick Cuti and Joe Staton have agreed to do an all-new E-Man story. While we’re using some of the public domain Charlton characters in stories, we’re also developing some new features that carry on in the Charlton tradition. 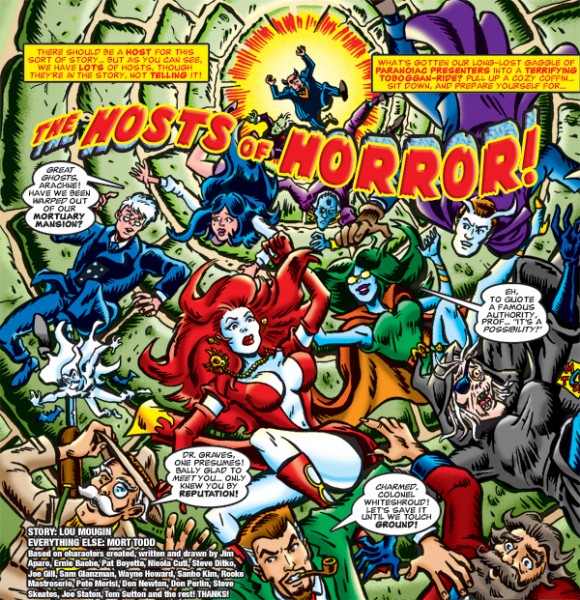 Detail of splash page to “The Hosts of Horror” by Lou Mougin and Mort Todd.

Initially, we’re distributing only through mail order, but if things go well, we hope to get future issues into the comic shops. In that way, we’re also like Charlton; sometimes hard to find, but worth it! 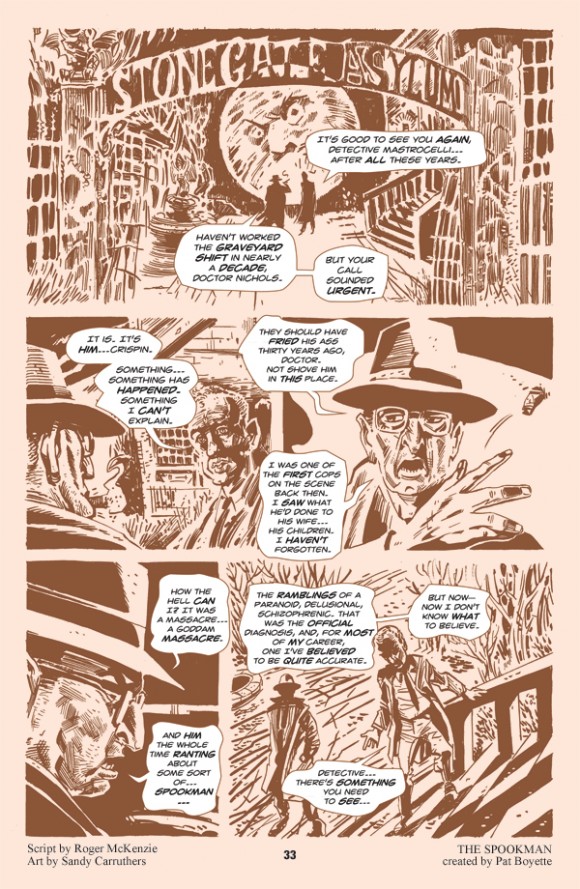 THE SPOOKMAN by Roger McKenzie and Sandy Carruthers

Mort Todd will be appearing at New York Comic Fest on June 14th in White Plains, NY. We’re sure he’ll have plenty of issues of the Charlton Arrow. 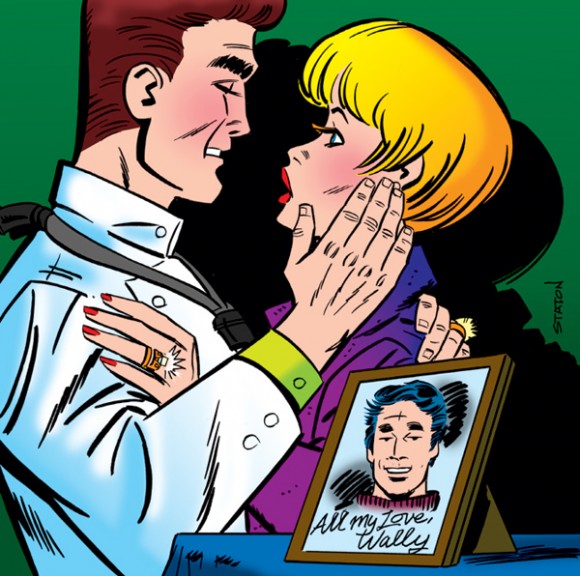