Also: His new column really needs a name. You can help! And get a prize! You like prizes, right?

So, my first “official” article for my new column… I guess the first order of business is naming the darn thing. We’re all comic fans here, so I bet you know what’s coming next. That’s right, I want YOU to name the column for me! Below I’m going to lay out exactly what we’ll be doing here and you guys hit us up with a suggestion for what we should call it. If we choose your name, you will get treats and prizes straight from Escape Pod Comics in NY! (Maybe 13th Dimension will throw something in too, who knows?) Send your suggestions to The13thD@gmail.com or contact @EscapePodComics on Twitter with your suggestion and the hashtag #EscapePodColumn.

Right, so… what is this thing going to BE, anyway? Well, as this grew out of the weekly Hot Picks, I’m going to try to keep highlighting books coming out the week the article goes up, as I always did. I’ll also endeavor to point out books and comics that you may not be that aware are coming out, as I always did. The only real difference is that I have more space to go a bit long on each recommendation and, if I want to, to go off on something like variants of events or what-have-you at my leisure (editor-approving, of course!).

If you’ve read my Hot Picks before, you know that I play no favorites by company, character or creator. There are some people I am a big fan of who get mentioned more, of course, but I do my best to just point out the most interesting looking things and I will do my best to keep doing that here.

I’m going to use categories sometimes, but don’t expect to find it the same each week. Sometimes I’ll write only about graphic novels, other weeks it might all be ongoing comics — the diversity of comics is one of the best things about the medium so I’m not about to limit what I discuss here.

All that said, let’s see what’s up this week! 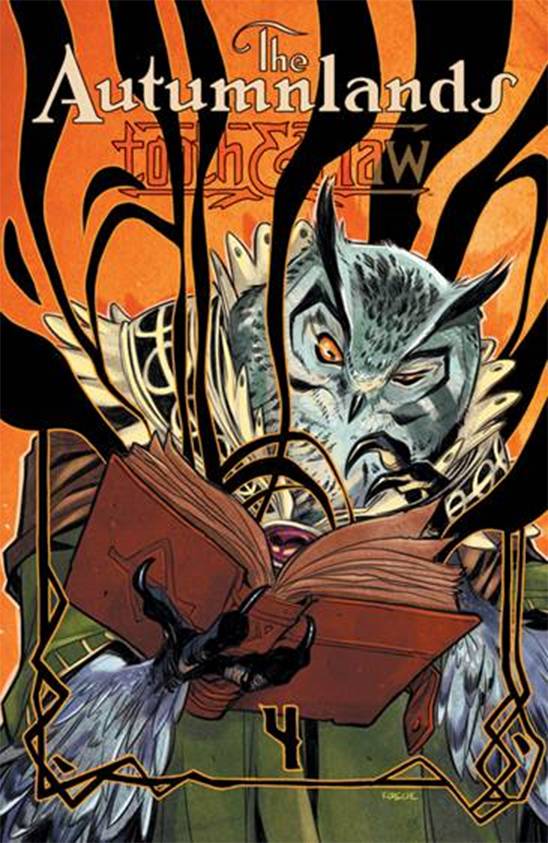 Ongoings you should be reading: Both The Autumnlands and Bitch Planet have new issues this week, #4 and #3 respectively. Rumble has a #3 as well, and it’s terrific. These are great books you should be picking up, and many stores are well stocked on the first few issues, due to the “heat” on these.

Speaking of Kelly Sue DeConnick, her translation of Barbarella is coming out this week in a NORMAL-SIZED edition, for all of us who actually want our comics in holdable size! Not only is the original Barbarella in here, but the never-printed-in-English sequel as well. This was exciting in its limited edition oversized version, but much more so in this normal sized, you-can-actually-hold-without-a-truss, edition.

Some choice special issues come out this week: There’s an anniversary edition of Red Sonja (numbered #100, celebrating 10 years of Dynamite having the license) featuring Gail Simone, the current writer, and many others who have handled the character — including the great Roy Thomas, who made Sonja famous. This book also has about five variant covers, all of which look wonderful!

She-Hulk also has a special issue this week, her last of the current series. Charles Soule and (mostly) Javier Pulido have done a wonderful job with Jennifer Walters and I am looking forward to the capstone of their storyline. This book also has a variant by Anka due to it being the last issue. On that note, I will say that while I’m sad that the book is ending I applaud the idea of ENDING a series when the creative team that makes it strong is leaving. What would you rather, 12 wonderful issues or 35 more that make you miss the original creative team? ‘Nuff said. 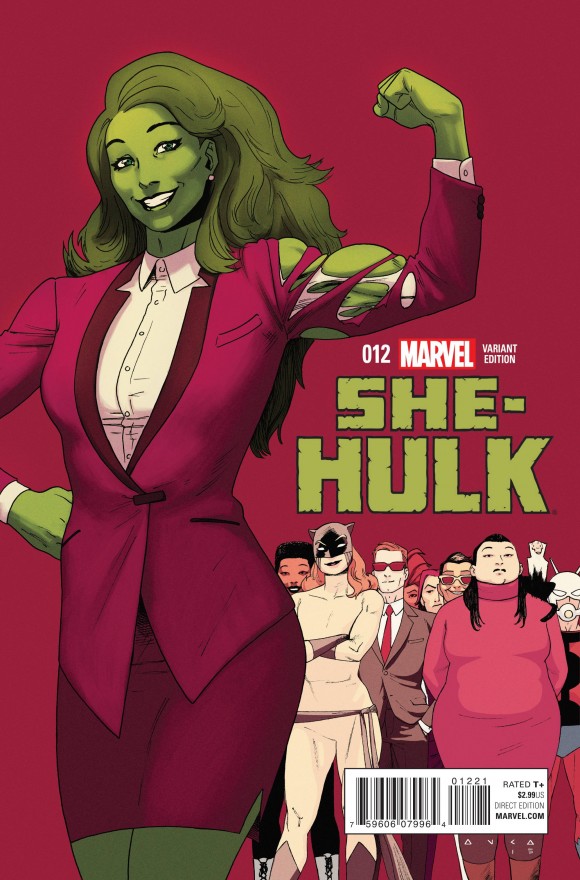 This Wednesday also brings us the next issue of Grant Morrison’s Multiversity, which has been ramping up issue by issue into something wonderful, complicated and goddamn fun!

On the trade table: We have the second volume of Antony Johnston & Chris Mitten’s darkly delicious Umbral. This is the closest I think we’re ever going to get to an ongoing Gene Wolfe comic, so if you haven’t been reading it, please grab this new trade and the $10 first one — if you like your high fantasy a tad dark with great world-building, you will NOT be disappointed. 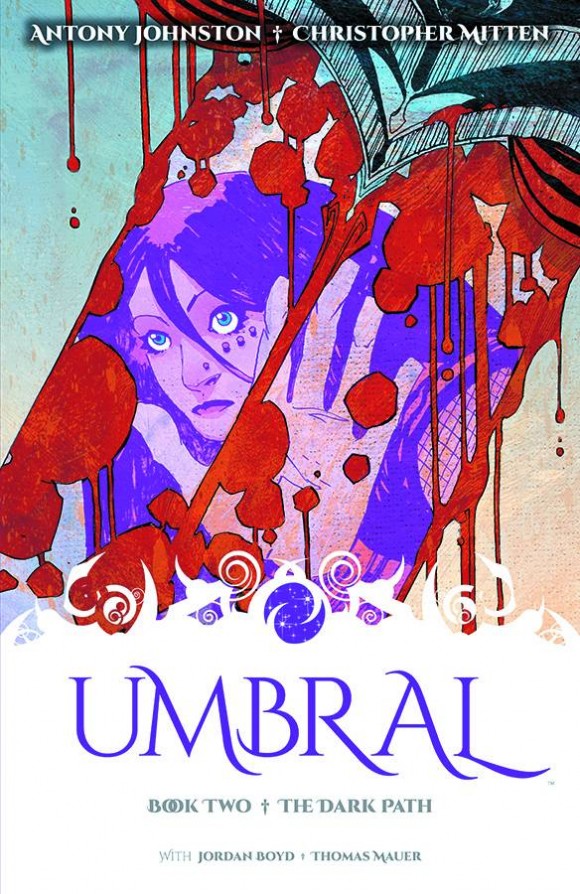 We’ve also got the Tumblr sensation Sensation Comics #7 coming out. This issue features Alex DeCampi’s wonderful story, a sequence of which EXPLODED all over the Internet when this digital-first piece came out originally. (For those that missed it, the post is up to more than 130,000 “likes” at the time of this writing.)

Before I leave you, just a note on some older books you may be seeing around your shop: Many retailers took advantage of sales at Diamond to stock up for both Convergence and Eisner Week — so expect to see DC “Elseworld” and “Multiverse” books in heavy stock (Gotham By Gaslight, Red Son, Crisis, Zero Hour, etc.) as well as some of the finest comics ever made by the legendary Will Eisner, like Spirit Archives and his ground-breaking graphic novels such as The Name of the Game and A Contract With God. 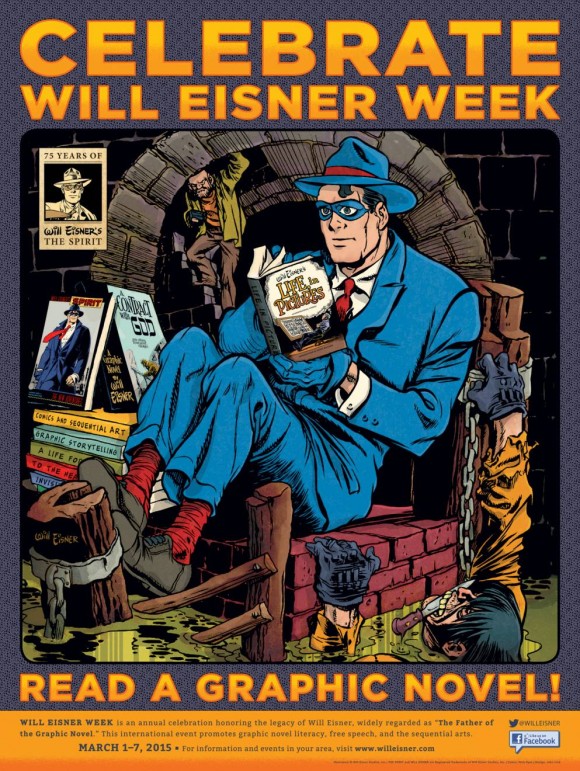 So… yeah, that’s it… I probably need some sort of coda here to wrap things up and tie it all together but you know what, this is my first, so I’m just going to leave it as is…