The long battle between Marvel and the Jack Kirby estate over the rights to some of the most valuable characters in comics has been settled before possibly going to the Supreme Court of the United States.

We may never know the details of the out of court settlement between Marvel / Disney and the family of Jack “King” Kirby,  but it seems like a good day for comic creators and fans of the the world’s greatest comic creator. 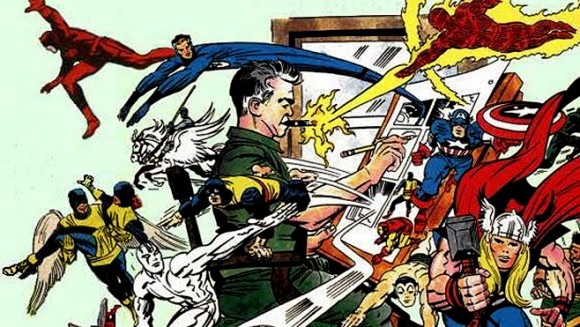 I would hope, outside of a substantial financial settlement, that part of the agreement is that Jack Kirby will now and forever be credited with creating the characters so many have enjoyed and others have profited from.  So much of the struggle for the Kirby rights issue has been about respect. His contributions to the medium of comics is on a scale that only a being as large as Galactus could comprehend, yet his name went missing from many of the films and books which featured his creations.

If the settlement includes Kirby as a co-architect of the original Marvel Universe along with Stan Lee, then Disney has another historical figure to add to it’s esteemed visionaries, along with founder Walt Disney, and Steve Jobs, who shepherded Pixar to surpass Disney itself and merge with the entertainment  giant. Kirby could very well become the subject of a Disney movie biopic in the near future. That film could conceivably generate enough revenue to pay for the settlement made with the Kirby family today. This is a win-win for Disney/ Marvel as well as the Kirby family.

Disney/Marvel also wins because they will finally be free of the bulk of the criticism by comic fans, pros and historians. No longer mean ol’ Marvel, they can go about the business of claiming Kirby as the engine of their genesis.

Congratulations to the Kirby Family.

Hail to the King!

Deadline Hollywood has the details on the settlement here>>