The next big Marvel Now! push is in the offing and Marc Buxton is looking at how all the original books fared, perhaps giving a glimpse on what to expect next. In Part 1, he graded the vanguard of the first wave. Today, he looks at some of the ongoing titles that were rebranded Marvel Now! books. Tomorrow, the final set of titles. Marc’s a teacher/tutor by day, so here’s the Report Card …

Avengers Assemble, Kelly Sue DeConnick and Stefano Caselli. A breath of fresh air, as it was the Avengers book that was allowed to exist away from the crossovers and cosmic events of the main titles, but at the end of the day, the book felt too small, with DeConnick exploring the Avengers as celebrities. As seen in her brilliant Captain Marvel and Pretty Deadly, DeConnick is at her A game when writing very personal stories about very strong characters. The group dynamic of the book took the title out her wheelhouse. Grade: C-. Warren Ellis is coming on the book and DeConnick is kicking ass and taking names elsewhere. The wrong book for a great writer.

Captain Marvel, Kelly Sue DeConnick and Dexter Soy. And here is the right book for the great Kelly Sue. DeConnick makes Carol her own in this great take on the Captain Marvel legacy. This book is rich in character and action and has one of the best supporting casts in mainstream comics. The art tends to get a little too indie, which may turn off some of the more traditional Marvel readers, which would be a shame because this is one of the best super-hero books out there. Grade: A. When it is all said and done, DeConnick might have one of those Waid/Flash, David/Hulk runs with Carol Danvers. 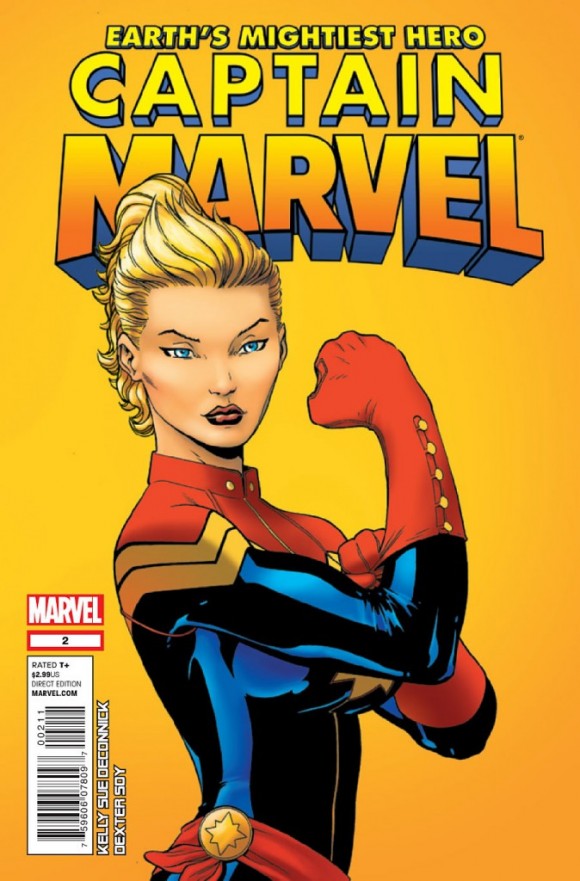 Journey Into Mystery, Kathryn Immonen and Valerio Schiti. Immonen had the unenviable task of following Kieron Gillen’s Kid Loki run on the title. Marvel decided to give Lady Sif the spotlight, but despite being an entertaining read, the book failed to find an audience. Grade: B-. The book had a loyal but small fan base, and it wasn’t enough. The book was of high quality, however, and should garner the creative team more Marvel work.

Red She-Hulk, Rick Parker, Carlo Pagulayan, and Wellington Alves. With Marvel now, the Red Hulk book became Red She-Hulk and no one really cared despite Rick Parker’s best attempts to give the spotlight to a very interesting female character. A sweeping book of grandiose adventure with incredible artwork, the book arrived stillborn with readers who did not have an open mind or open wallet for a Red She-Hulk. Parker went too big when he should have been easing hesitant readers into Red She-Hulk’s world. Grade: C+. A good try by a great team of creators that could not break reader ennui. Marvel is going to try again with a She-Hulk of the green variety.

Thanos Rising, Jason Aaron and Simone Bianchi. A superb character meditation on Thanos, the book portrays the Mad Titan as a romantic nihilist, a lover of genocide and pain fueled by a heart with its own strange sense of honor. Aaron presents a Thanos to a generation of readers who will experience the character in the years to come on the big screen. Grade: A. A perfect companion piece to Infinity Gauntlet and a primer for new fans of the character.

Wolverine and the X-Men, Jason Aaron and Nick Bradshaw. A hilarious take on the Marvel Universe, Aaron gets to have his unique brand of fun with the often dead-serious and heavy-handed X-Men Universe. Readers have fallen in love with the kids Aaron has introduced to the school and his Wolverine is a hero that readers had not experienced yet, despite the gross overexposure of the character. Grade: A. The most fun you can have reading an X book. Soon to end, but please follow Aaron on Amazing X-Men for more of the same fun. 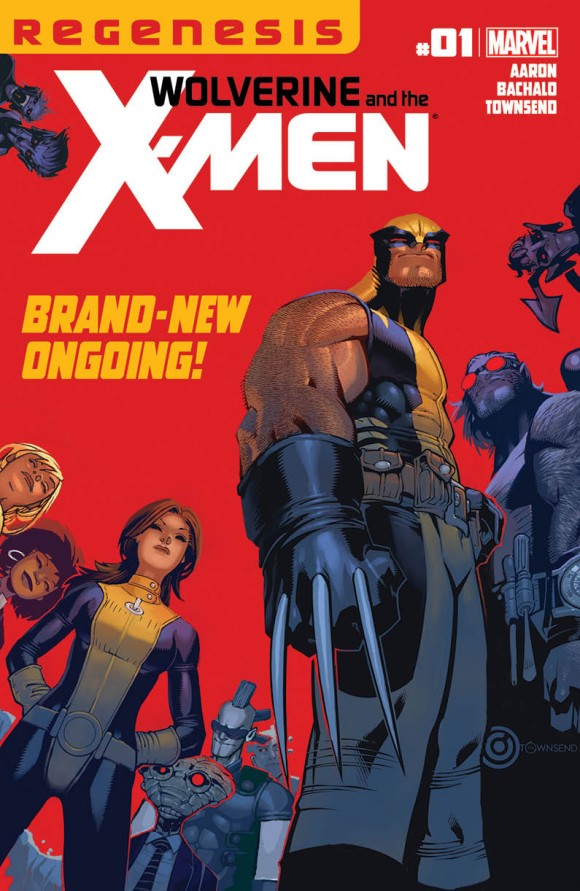