If it really is a MAD, MAD, MAD, MAD world, then one has to credit (blame?) that fershlugginer Al Feldstein, who just passed, for a lot of that. The average person on the street might be asking, “Who he?” A large percentage of us UN-average folks have bowed down at the Altar of Al for decades, though. 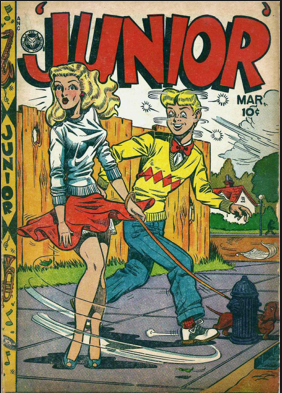 In the 1940s, mostly at Fox, it was artist Al Feldstein who popularized what Dr. Wertham—he of the anti-comics fetish—called “headlights” comics, depicting well-endowed Riverdale-type teen girls in otherwise innocuous stories in such a way that their sweaters often seemed a size or two–okay three–too small…much to the delight of the pubescent male readers of these titles! 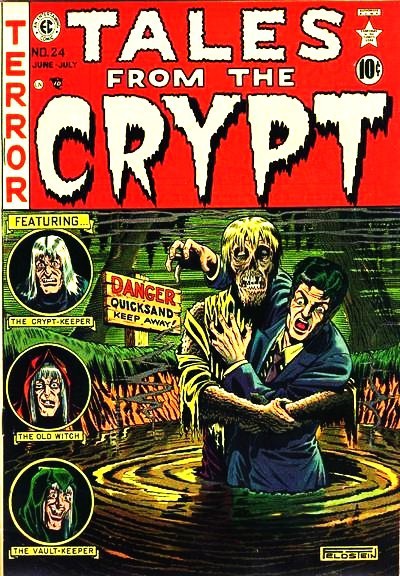 If horror defined the 1950s in comic books, then it was Feldstein who, alongside publisher Bill Gaines, defined and set the high standards for good, grisly, and sometimes shockingly moral horror and sci-fi comics and, as writer and editor, transformed the moribund Educational Comics into the now legendary Entertaining Comics!

Harvey Kurtzman may have been the genius who created MAD and morphed it from a color comic into a black and white magazine, but it was his successor, Al Feldstein, who pulled together and shepherded the proverbial Usual Gang of Idiots through the uniquely phenomenal and profitable years that made MAD not only a cultural touchstone for Baby Boomers. And beyond under Feldstein Mad creatively marched on to become one of only 4 major magazines started in the 1950s that were still being published into the new century! (The others were TV GUIDE, PLAYBOY and SPORTS ILLUSTRATED, by the way.) 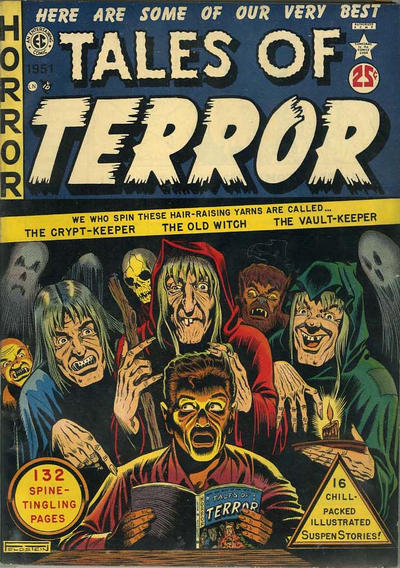 Comics fandom itself was inspired originally by EC. The Comics Code came about because of the excesses in the industry inspired by EC. Almost all aspects of pop culture from TV to movies to the counter-culture and certainly America’s irreverent sense of humor, were inspired by MAD at its peak and there’s no possible way to tell (and besides, it would be TMI) just how many teenage boys were, um… inspired by those headlight comics! 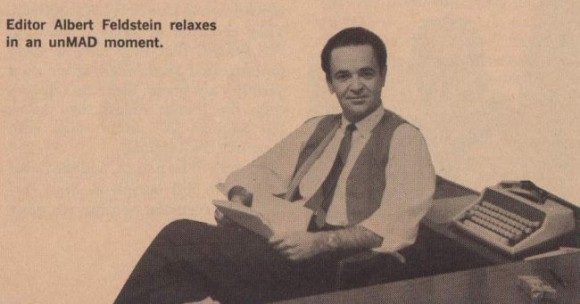 I once asked the songster/satirist Weird Al Yankovic the musical question, “Kurtzman or Feldstein?” Weird Al immediately exclaimed, “Feldstein!” He said he’d grown up with and was inspired by Al’s humor! 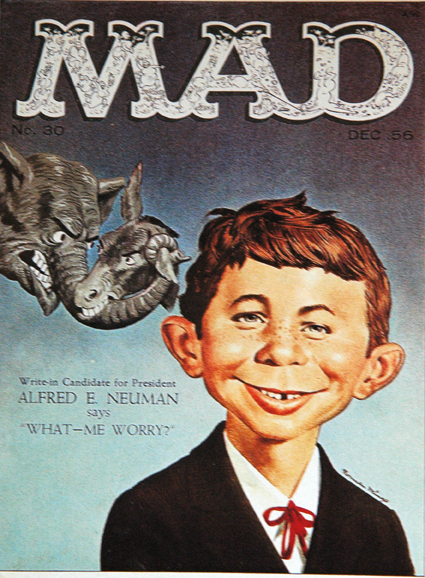 We all grew up with Feldstein’s Mad, even if we didn’t read it. My Mom forbid it. So my drug of choice was Archie’s Madhouse (not a bad substitute with it’s well-endowed teenage girls and lots of monsters in addition to the Mad-type humor). There were literally hundreds of Mad imitations over the years from CRACKED to NATIONAL LAMPOON. rTV comedy took on MAD sensibilities via shows like ROWAN AND MARTIN’S LAUGH-IN and later MAD-TV. Without ever setting such a lofty goal, there’s little doubt that over time Feldstein and crew, along with those that THEY inspired, changed what made America laugh. 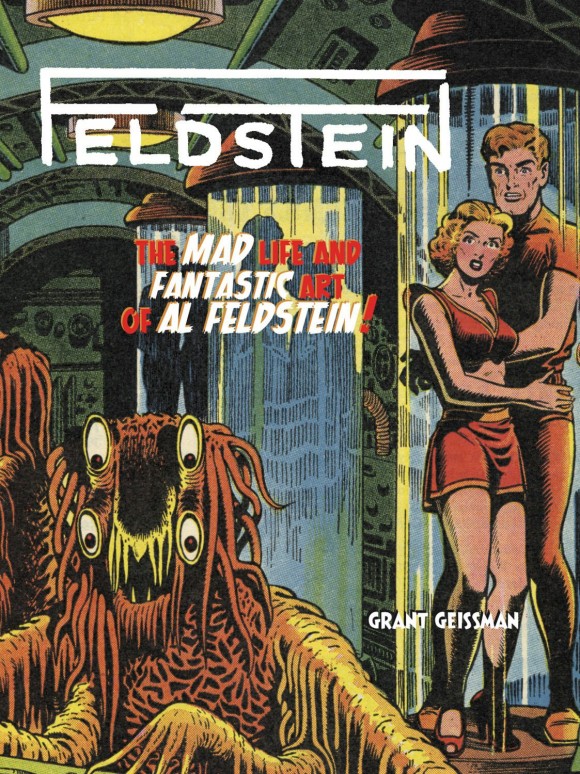 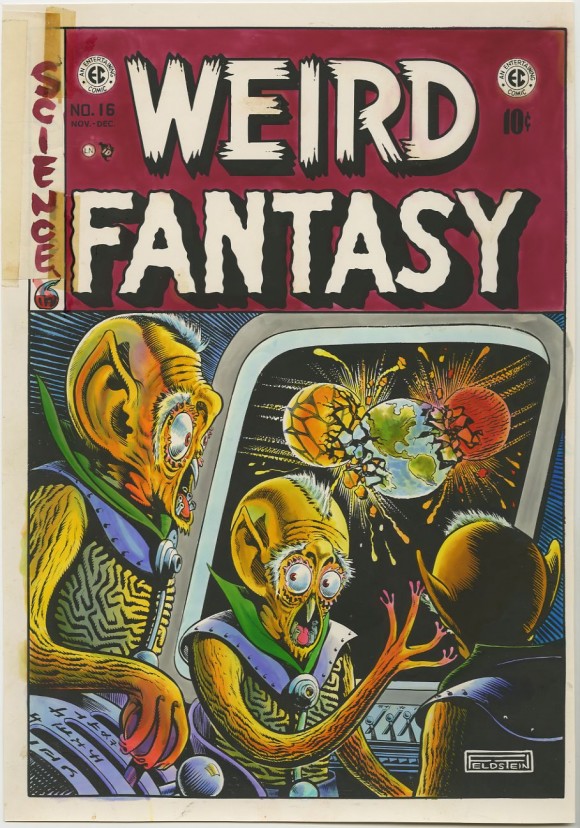 I myself never met or corresponded with Feldstein–what, me sorry?! But Jack Medelsohn of the Jacky’s Diary strip worked with him and shared with me these thoughts:

“Al Feldstein was my editor at EC when I was writing PANIC, cover-to-cover, and eventually MAD Magazine articles.  Being a cartoonist of the “big-foot” school, myself, I didn’t truly appreciate the style of drawing that Al was noted for — the cover illustrations and inside pages of many of the horror comic books that Bill Gaines was publishing at the time.

“But years later, when Al and I appeared together on an EC panel at a recent San Diego Comic Con featuring “the usual gang of idiots,” I had a chance to see his numerous photo-realistic renderings of landscapes and animal life that he’d painted in his newly-adopted state of Montana.  Truly astounding works of art!  At which point my admiration for his talent zoomed upward a thousand percent. 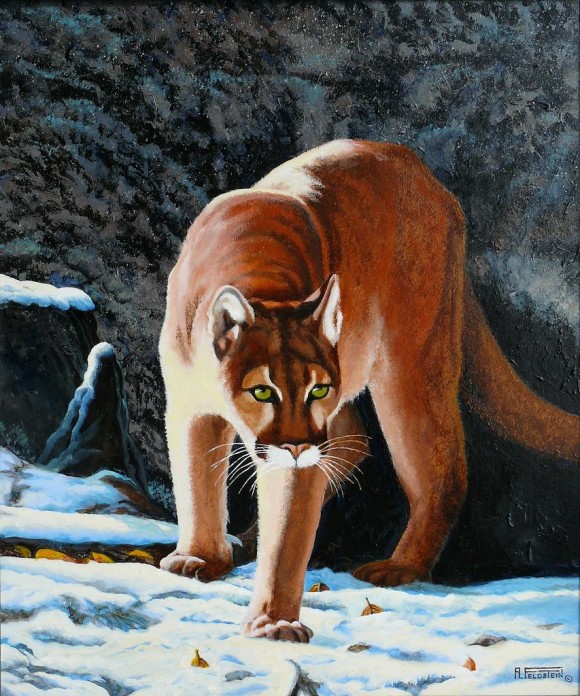 “Al was a genuinely gracious and caring person; a dedicated supporter of countless pro-social causes and a politically active citizen. His many contributions to the world of comic books will be sorely missed.”
Certainly Al Feldstein was a brilliant editor and cartoonist, both in the horror and humor veins, who entertained millions as he helmed MAD for decades. A great man as well as a great creative force–I deeply saddened by his passing. As you drive along the darkened road of life you might want to dim your headlights for a second in Al Feldstein’s memory.

Craig Yoe is the Co-Creative Director with Clizia Gussoni of Yoe Books (an imprint of IDW) and Books by Yoe http://Yoebooks.com. Yoe was aided in this tribute to Feldstein by Steven Thompson of http://booksteveslibrary.blogspot.com