LOU SCHEIMER: Dig These 13 Pulse-Pounding Productions of the 1970s

A BIRTHDAY SALUTE to the Filmation impresario by columnist JIM BEARD… 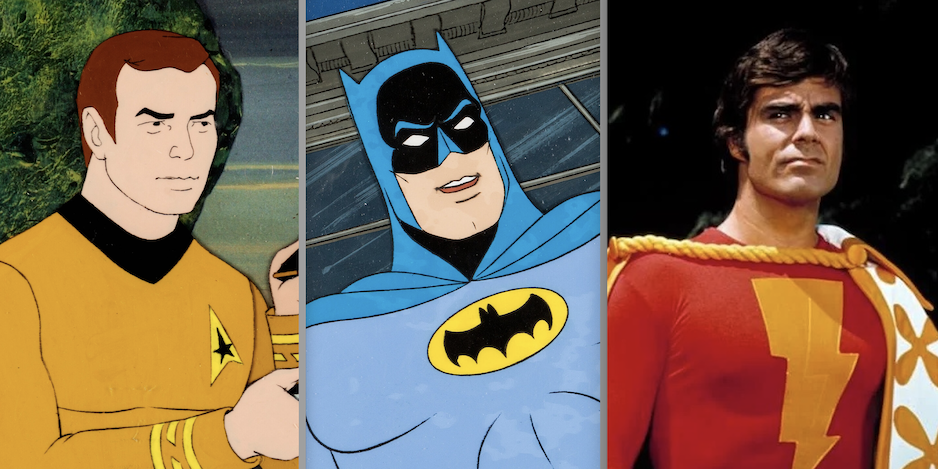 The late Lou Scheimer was one of those jacks-of-all-trades in the television industry who just amaze me—producer, composer, director, animator, even voice actor. And then it gets even more amazing when it hits me that he was almost single-handedly responsible for a huge chunk of the shows that made me get up every Saturday morning and glue myself to the television.

I believe in giving back to those who had such a big impact on my life. Lou’s on that list, and this is my birthday tribute to him and his 1970s Filmation shows. (He was born Oct. 19, 1928.)

In no particular order, here are 13 Lou Scheimer productions that loom large in his legacy: 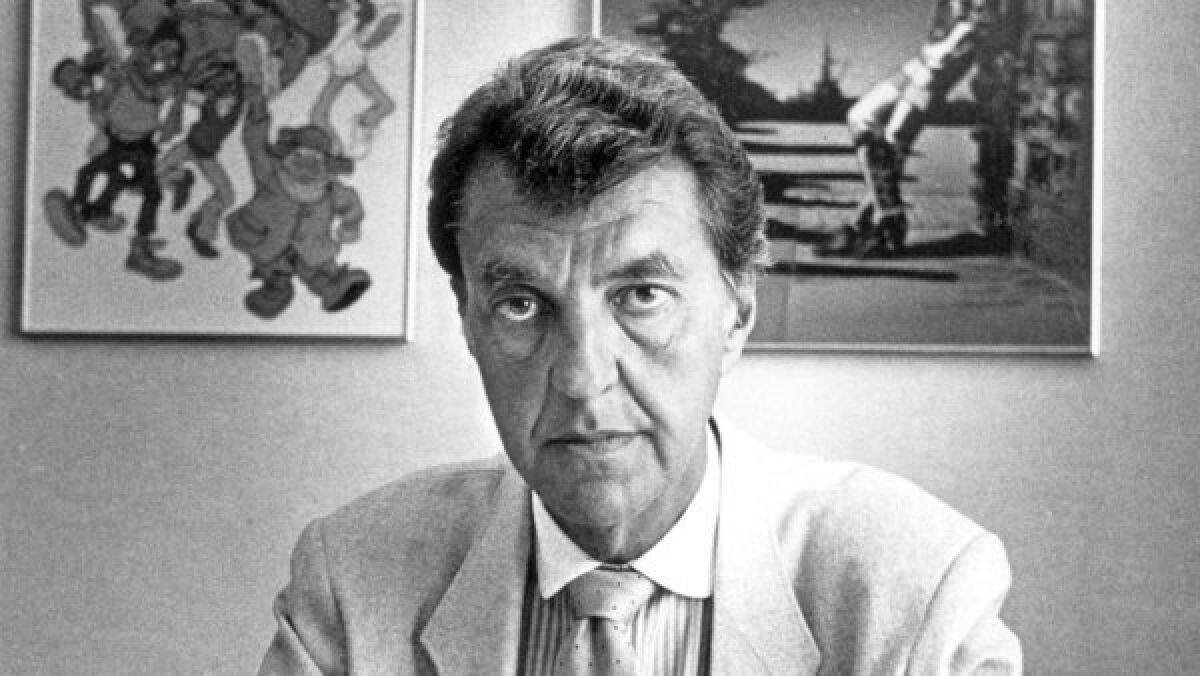 Star Trek: The Animated Series (1973-74). I remember the show’s debut like it was yesterday. I knew exactly when it was going to premiere and was right there to see new adventures of the Enterprise crew. Lou was producer on this one.

The New Adventures of Batman (1977). Adam West and Burt Ward reprised their roles as the Dynamic Duo for the show, with Lou as executive producer as well as… wait for it… the voice of Bat-Mite and the Batcomputer.

Mission: Magic! (1973). Oh, my golly! This one… does anyone but me remember this show? It’s only 16 episodes, with Lou producing and a theme song that still plays in my head. Did you know it was a spin-off from The Brady Kids cartoon and starred pop musician Rick Springfield? 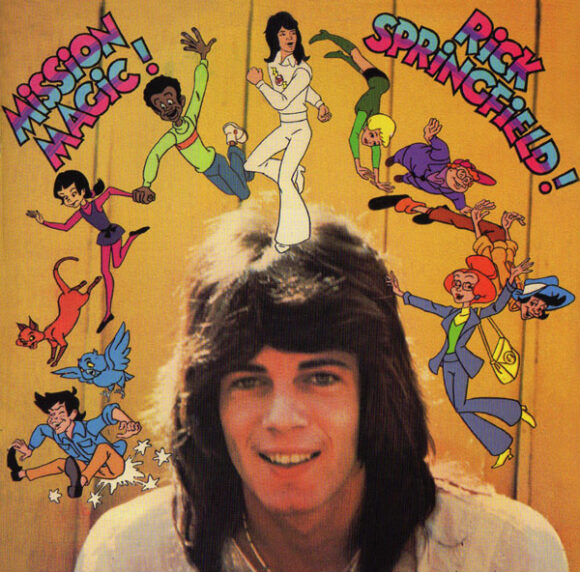 Groovie Goolies (1970-72). Another short-lived Scheimer production, but once you see it, it’s indelible. Classic monsters as pop-rock band. It was part of the Archie and Sabrina animated universe, as well as sometimes crossing over with the Looney Tunes gang.

Space Academy (1977). Lou executive produced this Star Wars-inspired live-action show, complete with a group of space kids and Jonathan “Dr. Smith” Harris as the head of the school. Some of the kids were also in the Star Trek episode And the Children Shall Lead. 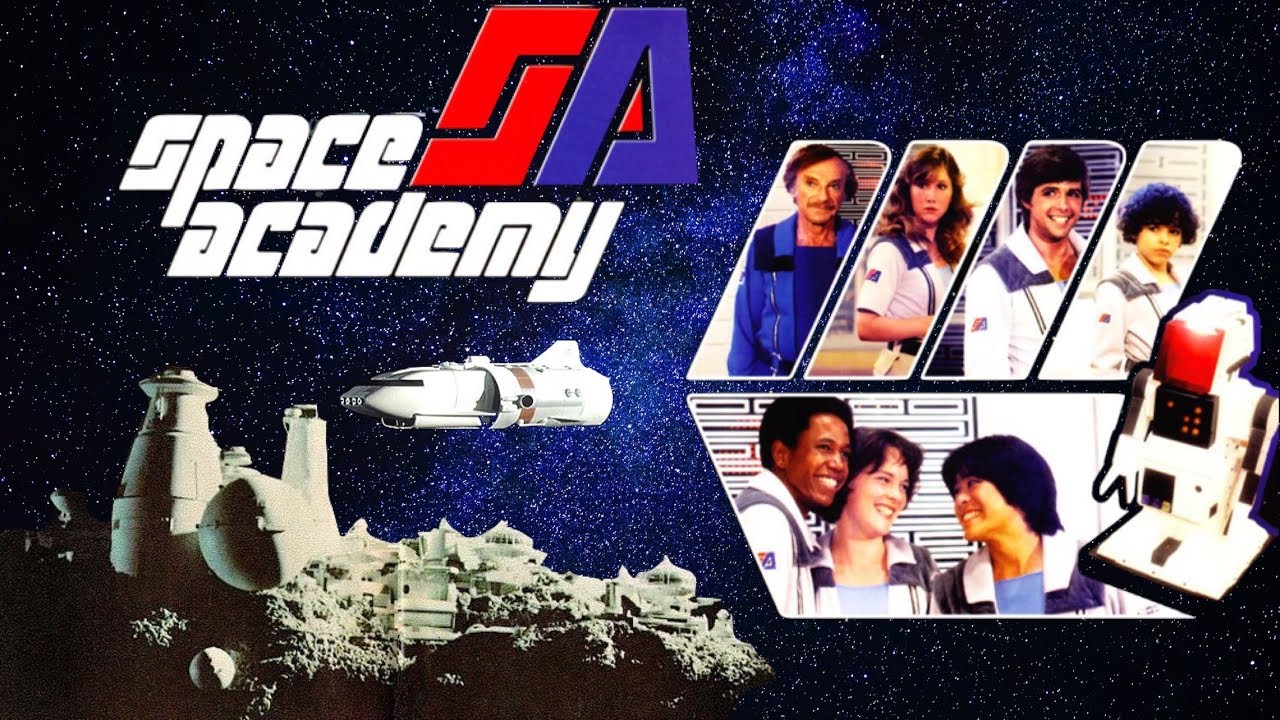 Jason of Star Command (1978). A spin-off from Space Academy, and once again produced by Lou, the show was set on the same space rock as its predecessor… but none of that matters. All that matters here is one of my strongest childhood crushes, Susan O’Hanlon as Captain Nicole Davidoff. Sigh…

Ark II (1976). Another oddball live-action show of Lou’s, this one a rare representation of post-apocalyptic science fiction for children on Saturday mornings. It had this really cool, giant tank-like vehicle, and Lou did the opening narration, too. 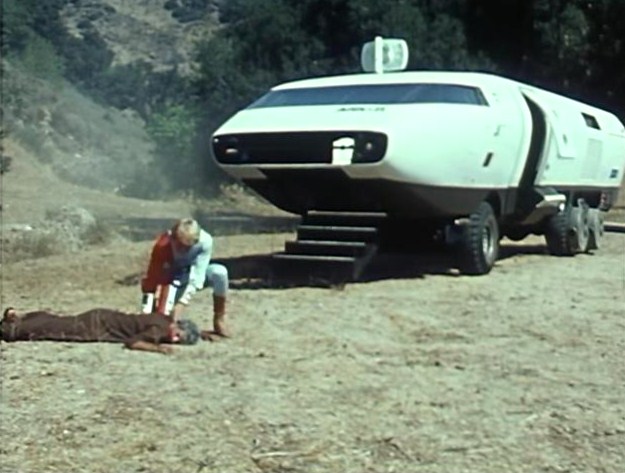 Fat Albert and the Cosby Kids (1972-85). I watched the heck out of this show. I had no idea Lou was the voice of not only Dumb Donald, but also Legal Eagle, and Stinger, the Brown Hornet’s sidekick. 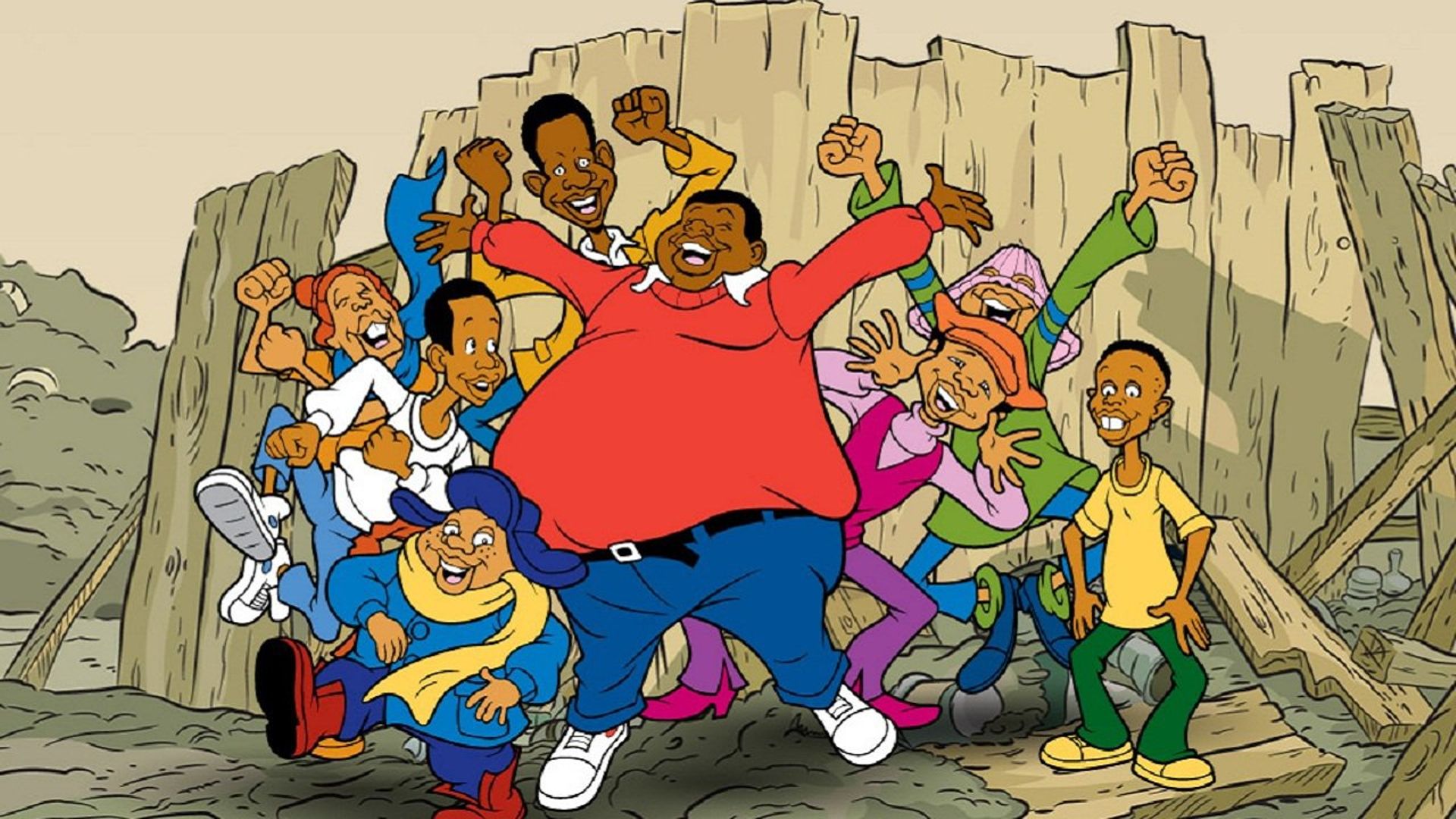 NOTE From Dan: Bill Cosby’s sickening legal issues cannot be ignored. Fat Albert, however, was a beloved show that was deeply meaningful to millions of children. In this context, it deserves mention when judged on its own terms.

Journey Back to Oz (1972). Lou’s known primarily for television, but he produced this animated, theatrical sequel to The Wizard of Oz. I never saw it in the theater but saw it multiple times on TV. It’s significant for starring Judy Garland’s daughter Liza Minnelli as Dorothy, and a whole host of huge stars as the other characters. 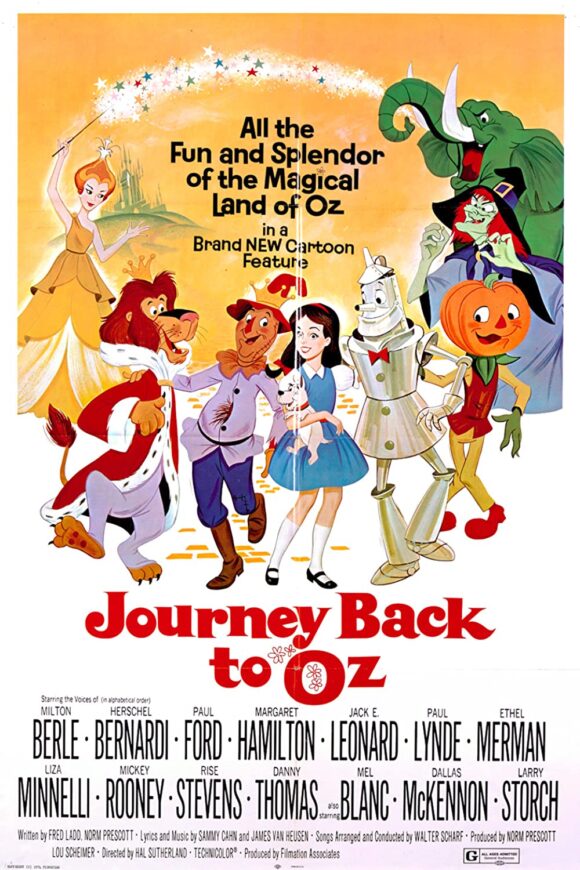 The New Adventures of Flash Gordon (1979-82). This was evidently supposed to be a made-for-TV feature but morphed into a TV series for Saturday mornings. Lou was executive producer. What was going to be that feature film was aired later in 1982, also produced by Lou. 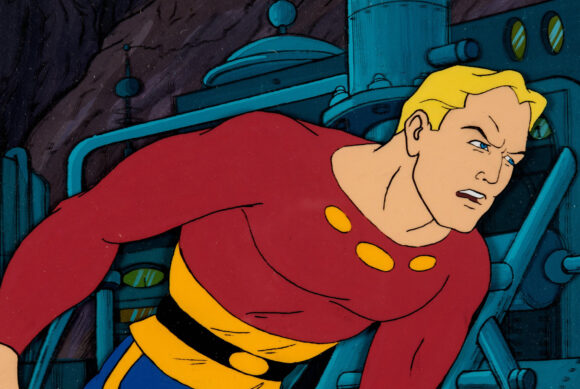 The New Adventures of Zorro (1981). Lou also did a lot of uncredited voices for minor characters on this one. I always thought it was kind of strange fodder for a kids show. 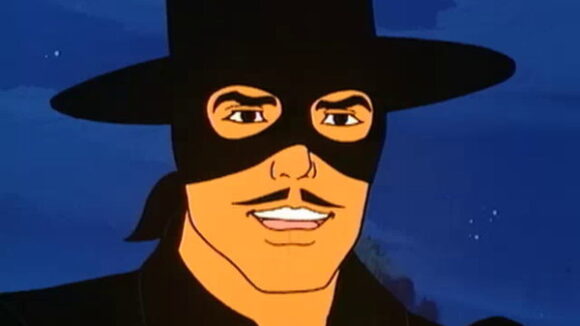 Tarzan, Lord of the Jungle (1976-80). Are you sensing a trend here. Leave it to Lou—no pulp properties will go unmined! At one point in 1980, they combined a lot of these characters in a Tarzan/Lone Ranger/Zorro Adventure Hour, again produced by Lou.

Shazam! (1974-76). Now, say what you will about the incredibly soft nature of this show, but back in the day we kids were starved for whatever live-action superheroes we could feast our eyes and ears on. The costume was right, as well as the powers, so we took it and liked it. And full disclosure: I was more a fan of Jackson Bostwick as the good captain than John Davey. Bostwick looked like he’d stepped right off the comic book page. 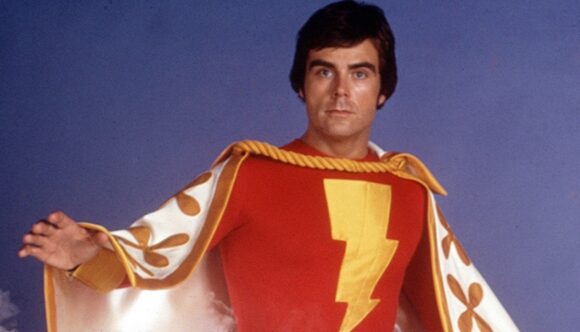