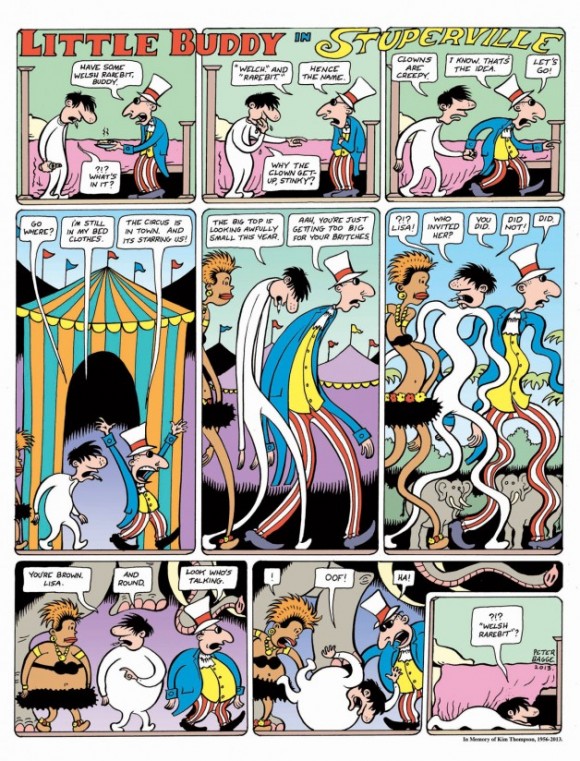 This unique publication will feature original strips that revisit the characters and universe of McCay’s seminal turn-of-the-century Sunday newspaper strip, which remains an unmatched comic creation and one of the most inventive and visually stunning works of American art. What began as a fledgling tribute project from a small press publisher quickly took on a life of its own, snowballing into a cause and crusade among comic creators and illustrators, who were excited to pay tribute to one of the true forefathers and founders of their medium. To be printed at the full 16”x21” broadsheet size of the original Little Nemo newspaper strips. 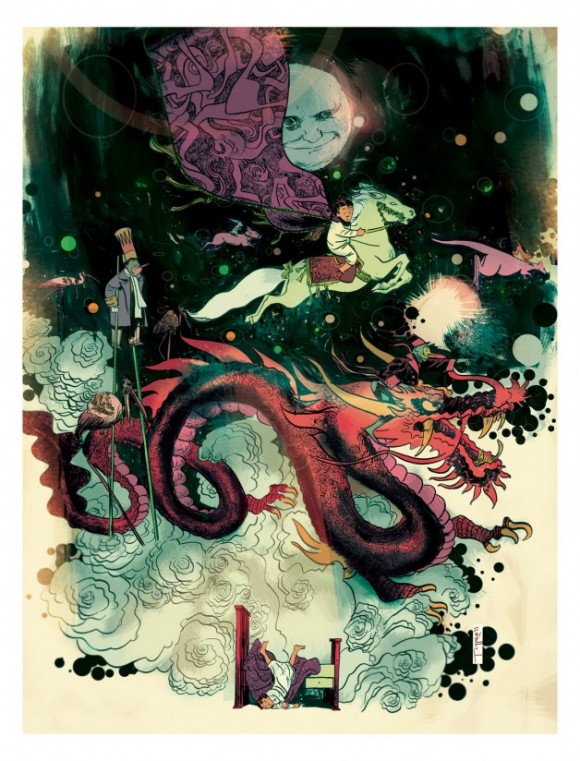 I caught up with Josh O’Neill, who (along with Chris Stevens and Andrew Carl) has been putting his heart and soul into this project. 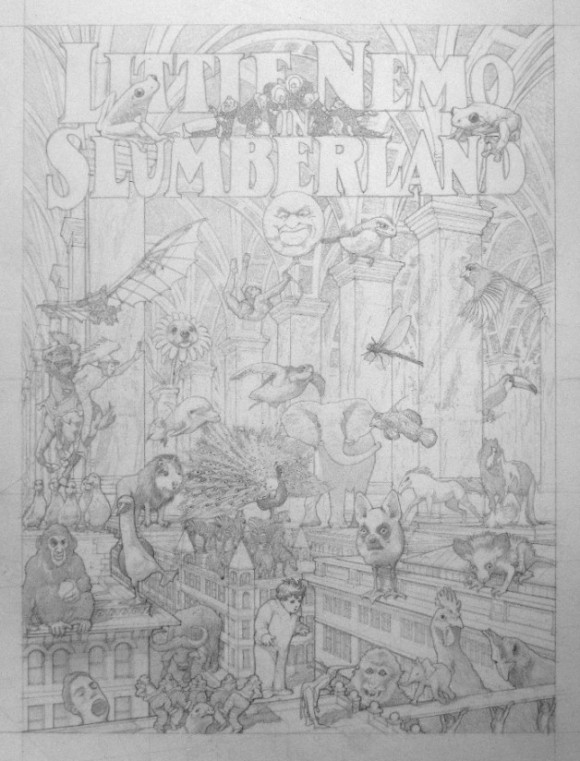 Tell me how this all came about and how you gathered all these amazing artists to work on one project.

It was a crazy thing. these incredible creators started approaching us… the word just kept spreading. at some point we were just trying to keep up. Like, did you see Gerhard’s piece? he just randomly reached out to us and said “hey, some guy hired me to do a nemo commission, would you like to use it in your book?”

And it’s Gerhard, and it’s masterful. 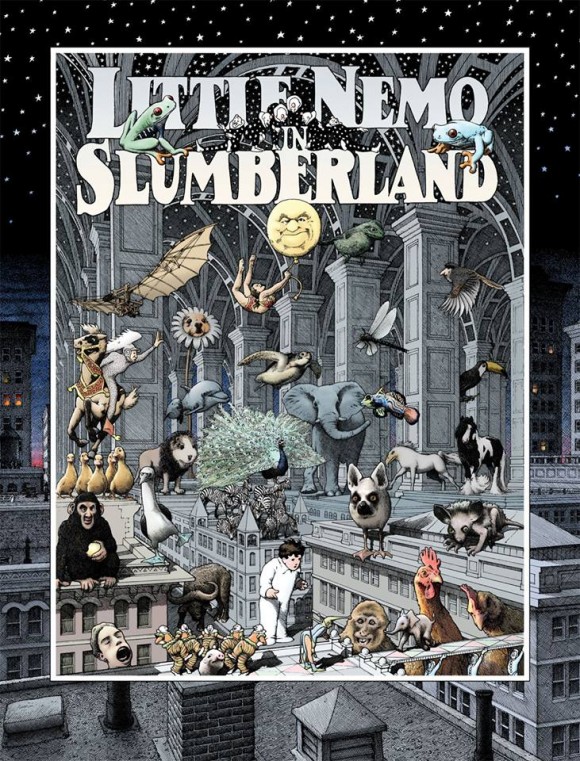 The inspiration of McCay and Nemo speaks for itself. once it started to take shape we mostly just had to sit back and let it happen. It just seems like this tribute really unlocked something in people. it brought out the best in the best folks there are. all the ambition and sheer joy of creation.

What was the toughest part about the project?

The toughest parts of the project for us were a lot of the technical ones — figuring out the details of how to make a 16×21″ hc — and the logistical ones, of managing a book with 110+ creators in it, 140 creators actually.

So what was so tough about the format? Sourcing the printing?

I was lucky to have some help and guidance from Peter Maresca, publisher of Sunday Press on that end. we’re using his printer, so the book should look just as good as those gorgeous SP Nemo editions, as long as we get our end right. 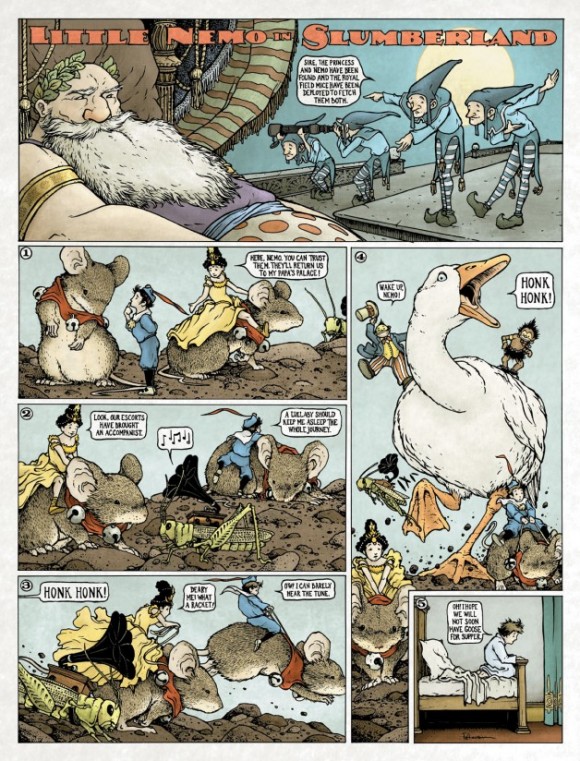 It’s tricky with 144 pages all done with different media, that require totally different color treatments, some bleed some don’t, some have crossover spreads… we’re learning as we go. Luckily my partner Andrew is kind of a psychopath when it comes to making sure everything looks the best it possibly can. either this book is going to kill him, or it’s going to come out looking like a million bucks

Who’s work was the toughest or strangest? Most unconventional?

There were a lot of people who took really unconventional approaches. we had one photo-comic done with puppets by Jenna Trost, and another insane piece of 3 dimensional, formally inventive papercut storytelling from Maelle Doliveux, she’s incredible.

What do you want people to know about your experience on this project?

It was the greatest honor and privilege of my life. I’ve never felt anything like it before. this book needed to exist. we were just lucky to be its custodians and midwives.

Here’s the Kickstarter link and here’s the video: