Locust Moon This Saturday in Philly

Home » CONVENTIONS AND EVENTS » Locust Moon This Saturday in Philly

Philadelphia’s indie comic festival run by comics retailer Locust Moon is back with some great big and not-so-big guests. 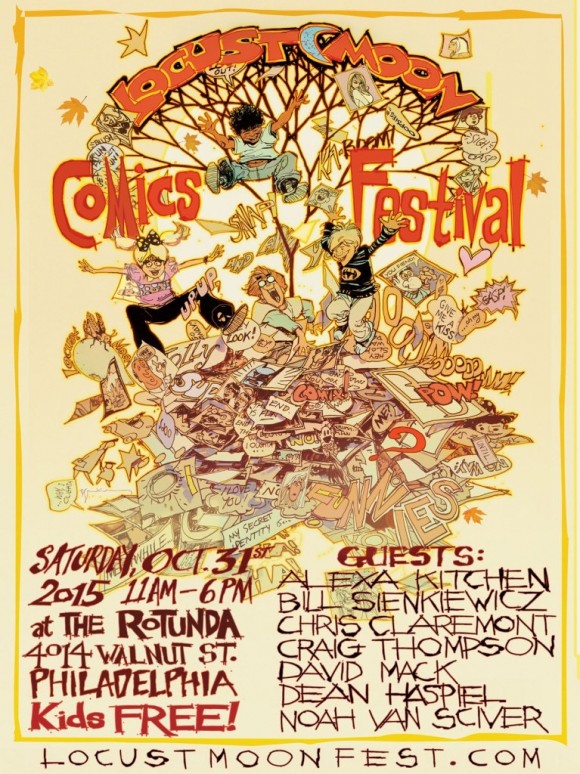 Here’s the whole story from the promoters themselves:

The Locust Moon Comic Festival, Philadelphia’s rapidly growing independent comics expo, has announced a star-studded guest list and an expanded slate of programs for its fourth annual event, to be held on Halloween of this year.

“For the first time, the festivities will extend for three days across the weekend,” says organizer Chris Stevens. The festival kicks off with an all-star Drink & Draw at the Philadelphia Museum of Art, open to the public and led by all of the aforementioned special guests, on Friday night; and following Saturday’s main event, the fun extends through Sunday afternoon with a long pancake brunch for exhibitors. This will be a weekend to remember for artists, authors, and readers alike.

“The intimacy of our festival is what sets it apart from other shows,” says co-runner Josh O’Neill. “What other convention would invite its attendees to have drinks at an art museum with Bill

Sienkiewicz and Craig Thompson? It’s not about fans meeting creators and getting books signed. At Locust Moon Comics Festival we all come together as lovers of comics and have a

The donation-based event on Saturday, October 31 is free to children under 12, and will feature complimentary programming for kids including comic-making workshops, face-painting, and a

Programming throughout Saturday at the Locust Moon store will include a conversation with Chris Claremont, a panel on underground comics featuring Denis Kitchen, Mark Beyer, Pat

Aulisio and Noah Van Sciver, an exploration of what it takes to “Draw on Life” with Craig Thompson, Dean Haspiel and Andrea Tsurumi, and a discussion on comics in fine art contexts

More than just a convention, this community-focused event will honor comic creators and their creations, and for one day, break down the barriers between professional creators, passionate

Says organizer Stevens, “Locust Moon Fest brings the world of comics to Philadelphia, and the comics of Philadelphia to the world.” 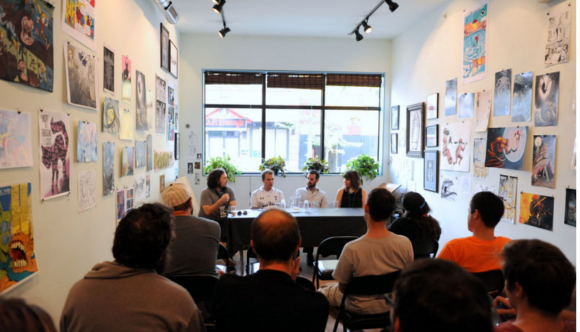 Locust Moon Comics is a retail store, art gallery, and Eisner and Harvey Award-winning publishing company based in West Philadelphia. This event is the most recent of their many

Find further information about the event and more guests as they’re announced on the LOCUST MOON COMICS FESTIVAL www.locustmoonfest.com