Comics. And TV shows. And movies. All that. Yes.

It’s another big week of comics! Lots of Rebirth, lots of new #1s and lots of great ongoing series. This is the Platinum Age of Comics. It’s hard to keep up reading everything, but for you readers, I will keep plugging along. I will take one for the team. So, onto the comics!

First up is the second series of IDW’s October Faction. October Faction: Deadly Season #1 by Steve Niles and Damien Worm is crazy good. The original series was terrific and creepy and this next season does not disappoint. And it’s perfect timing since it is October — I bet they planned that. Anyway, if you like creepy and crazy or simply wonderful storytelling, pick this one up. You don’t have to read the first series to understand it, but it would enhance it. Plus, why wouldn’t you want to read it? 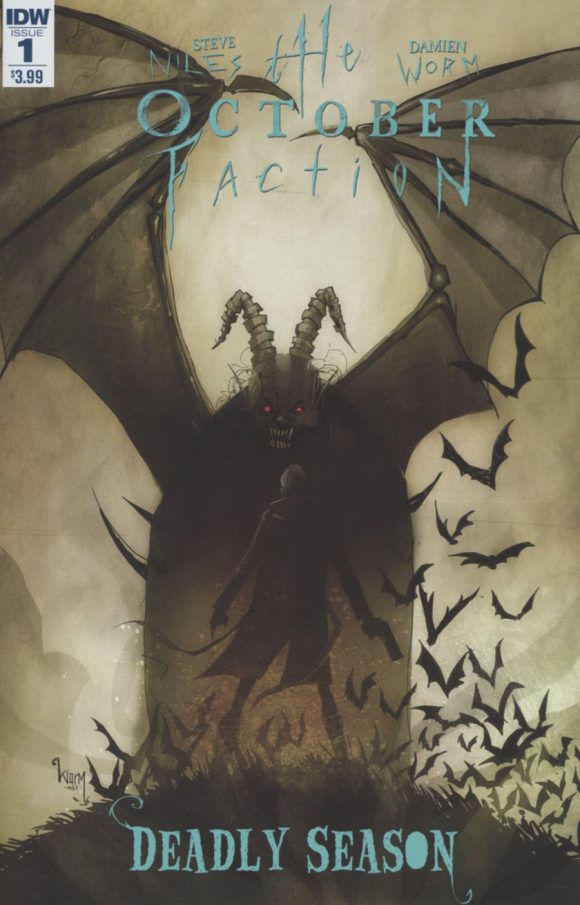 Now on to Star Wars. Darth Vader #25 — from Marvel, Kieron Gillen, Salvador Larroca and Edgar Delgado — is a satisfying ending to an amazing story. I can’t wait to read the new series, Doctor Aphra, from Gillen. She is such an intriguing character, as are her droids, and I think it’s a great addition to the Star Wars Universe. And how much fun must they be having adding to Star Wars history? I have to say, I am super jealous of what they get to do. The Force is strong with them. 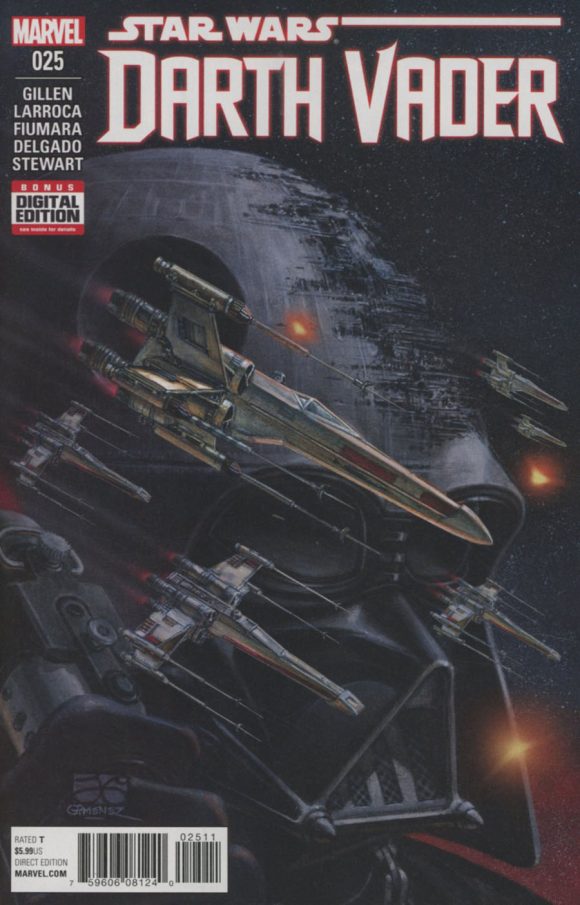 Finally, another new series, Dark Horse’s Chimichanga: The Sorrow of the World’s Worst Face! #1 from Eric Powell and Stephanie Buscema. At first I was sad that Eric wasn’t doing the art but then I saw Stephanie’s work. It’s outstanding. The story is fun and engaging and sad and I can’t wait to see where it’s headed. I’m a huge fan of Eric Powell anyway, but this is really great. And if you missed his Hillbilly series, get it. Just do it. 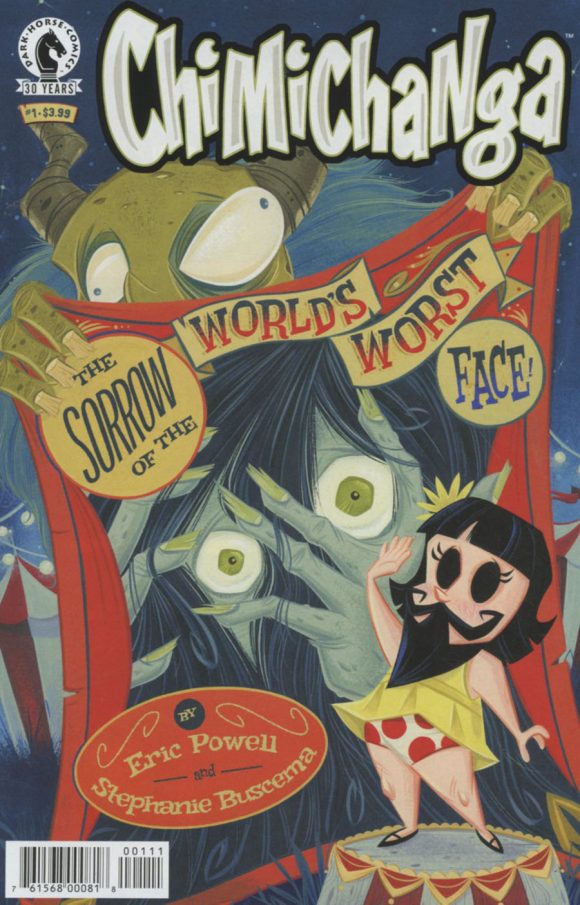 Lightning Round goes to Clone Conspiracy #1 by Dan Slott and Jim Cheung — make sure you read the backup story. Thanks for making me cry, Slott! Sheriff of Babylon #11 by Tom King and Mitch Gerads — I really don’t want this book to ever end. Black Eyed Kids #7 from AfterShock by Joe Pruett and Szymon Kudranski is terrific. And Francesco Francavilla’s cover is breathtaking. But, everything he does is breathtaking!

While I have enjoyed the first two episodes of Season 3 of The Flash, what took my breath away this week was Supergirl. My cheeks are still sore from smiling for the entire show. From Martian Manhunter (my DC boyfriend) to finally seeing Superman save people to Supergirl being even more heroic and adorable and wonderful, it was one of the best hours of television I have seen in my life. And I have spent a lot of time watching television. I was a little worried when they announced Superman would be on the show because I didn’t want him to overshadow Supergirl, but they handled it wonderfully. If you haven’t watched it, do. If you don’t like it, sorry. But odds are you will. 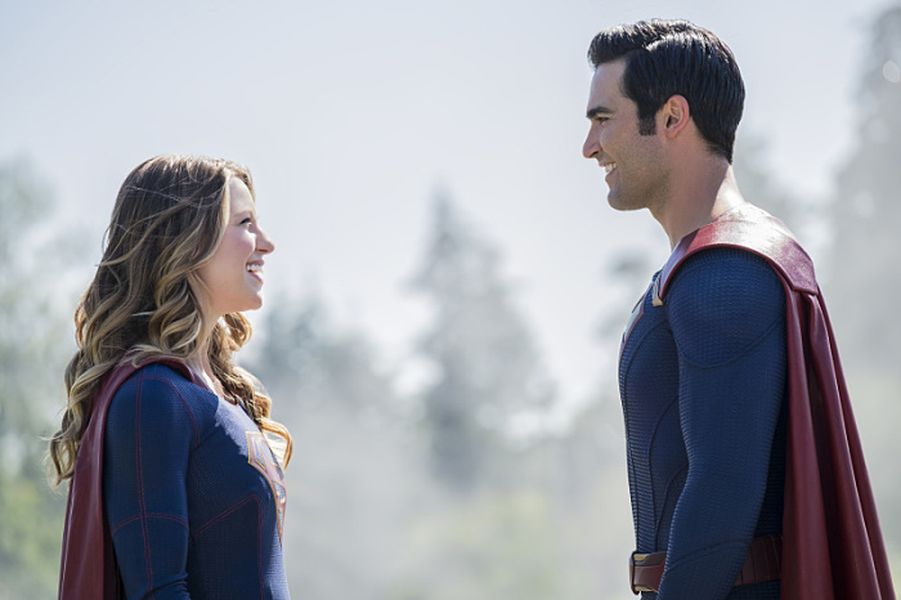 In other comic-book television, I am finally getting caught up on iZombie. I read the whole series from Chris Roberson and Mike Allred and loved it, so I’m not sure why I hadn’t watched the series. So, I started watching Season 1 a few weeks ago and ended up binge-watching it. Thankfully, Netflix put Season 2 up while I was in New York so now that’s happening every night. And no worries, I have the DVR set up to record Season 3. 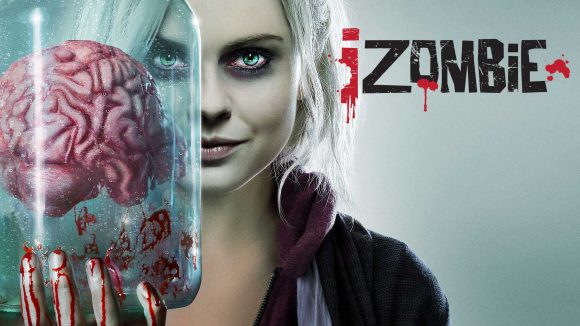 Also, Luke Cage is on my television and it is living up to the hype. Netflix is really firing on all cylinders when it comes to their comic book shows! 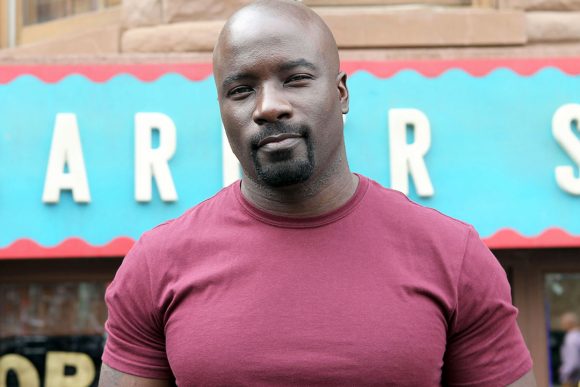 Movie-wise — not really a comic-book thing — but OH MY GOSH!!!! The Rogue One second trailer is AMAZING. I am counting the days down until I can see that movie. If Michael Moreci and I get our wish, it will come out sooner than scheduled. I’m sure that won’t happen but we are still using our Force powers to try. (Sorry, Yoda, in this case, there is try. And try we will.)

So, that’s all for now! I’m off to Kokomo Comic Con in Indiana this weekend! I’m looking forward to a smaller show after walking thousands of miles at NYCC. Until next week, keep reading comics!