This week’s column should be called “So many great comics to read, so little time because New York Comic Con is happening and it’s a super big week for comics!” But that’s a really long title, so I think we should just stick to This Week’s Comics Today.

But seriously, the sheer amount of titles I wanted to read this week was crazy. So many #1s and a ton of great continuing series came out. Not to mention all the fantastic trades that were released. PLUS, Flash Season 3 started on the CW, so I had to watch that, read comics, and still pack for New York. Can you hear the violins playing in the background? Yeah, me neither. Let’s just get started, shall we?

First up, Jessica Jones #1 from Marvel, Brian Michael Bendis, Michael Gaydos and — I have to mention — David Mack due to his amazing cover! I am a big fan of Ms. Jones so I have been pretty psyched for this book. Being that I was so excited, I was afraid it wouldn’t live up to my expectations. However, thank goodness, it did. It was just what I wanted from it and more! And what great symbiotic timing with the Luke Cage series being out on Netflix. I’m only a few episodes into that show, but can’t wait to finish it. 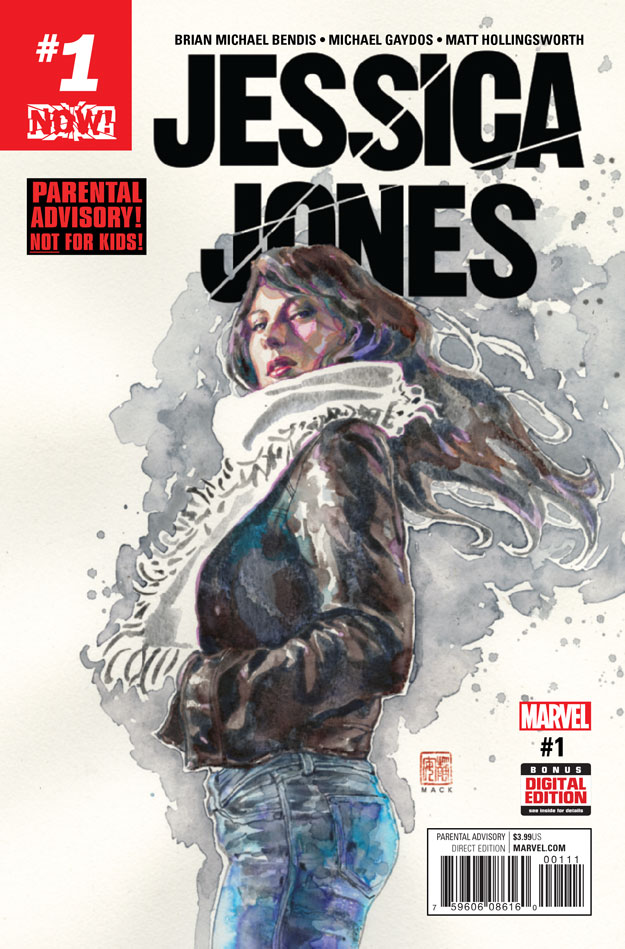 And speaking of that Hero for Hire, Cage! by Genndy Tartakovsky and Stephen DeStefano is great! While it’s a little different than the show (I kid, I kid!) it’s super funny with a great editorial note from “’70s Tom” Brevoort. Sweet Christmas, it’s a fun time! 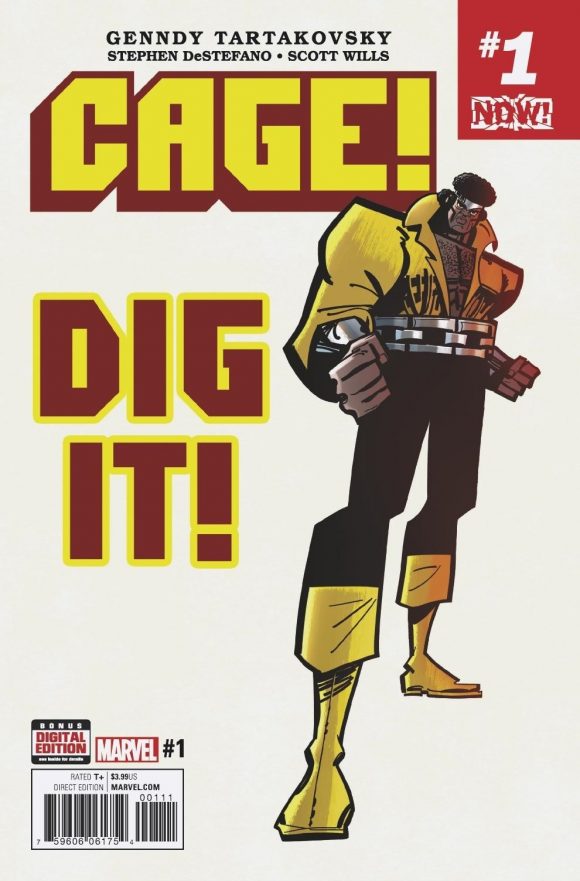 Another fun time and odd choice, well, unless you know me and then it’s not strange at all (well, it really IS Strange) is the Color Your Own Doctor Strange coloring book from Marvel. Since Doctor Strange is my Marvel boyfriend, I grabbed this out of the box right away but I will have to wait to add my creative genius to it until after NYCC. I almost hate to mark up the book because it’s really pretty. Good thing I got two because by the Hoary Hosts of Hoggoth, I’m not a colorist! Quick, by the Ruby Rings of Raggadorr, conjure up Jordie Bellaire! 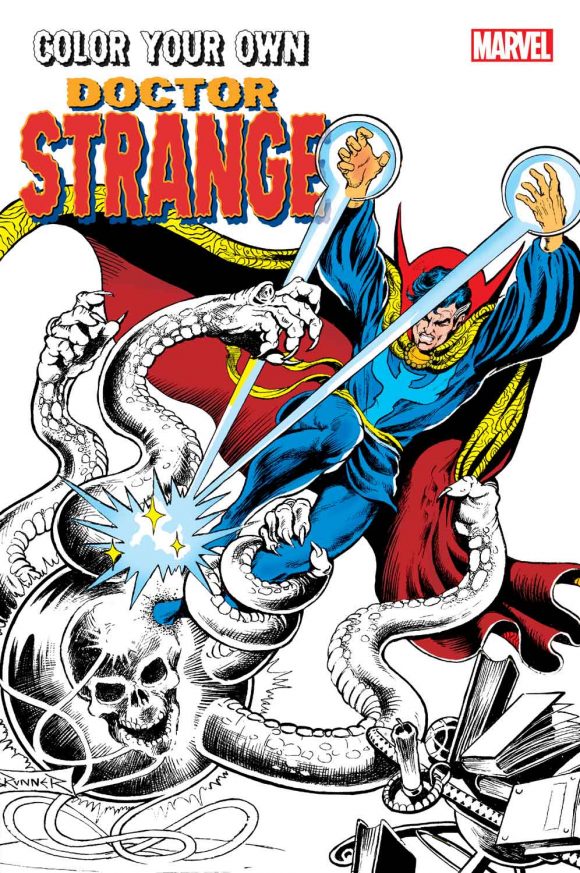 Finally, the only phrase to describe the next book is “I have the power!” Well, OK, not the only one. There’s always “Snarf! Snarf!” Or “Thundercats HO!” But seriously, DC’s He-Man/Thundercats #1 from Rob David, Lloyd Goldfine and Freddie E. Williams II is super fun! I felt like a kid again watching the television show except it was a super cool mashup! Kids and adults will like this book! 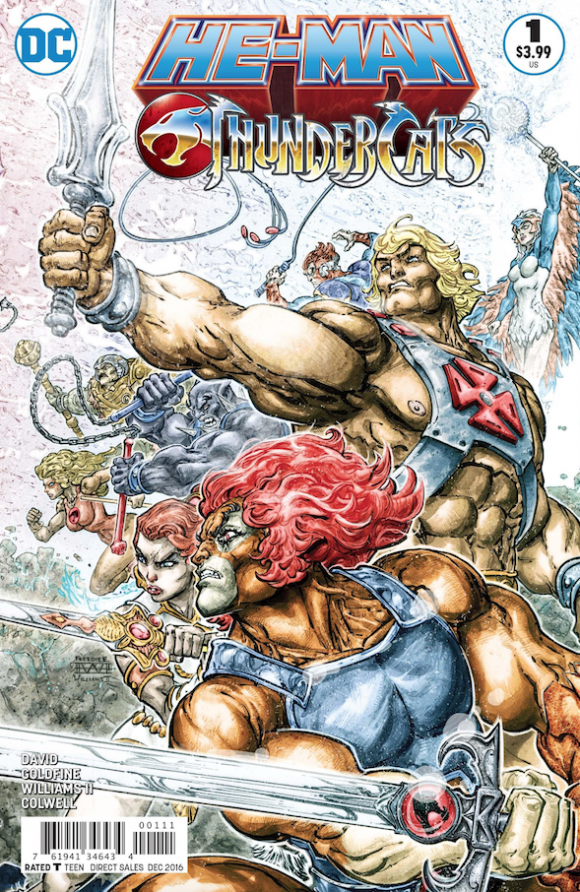 And now it’s time for the Lightning Round: DC’s Batman #8 (yes, I am a big fan of this series. Thank you for noticing!), the Goldie Vance trade by Boom!, and Death of Hawkman #1 from DC. However, I did take issue with Adam Strange, an archaeologist, being shown digging up a dinosaur. That’s a paleontologist.

Also, I have to give a special shout out to IDW’s Star Trek Waypoint #1 by Donny Cates and Mark Chater. It would have been one of my selections last week except my store didn’t get it until this week. But, as they say, better late than never. And I have a huge soft spot for Data so this book was perfect for me!

I’m at New York Comic Con right now, finishing this up in my room before I head to the show. And my feet are thankful for this short break because they hurt. There’s so much walking in NYC and when that’s compounded with all the con walking, it’s a lot. That’s not really a complaint as walking is good for many reasons, it’s more just an observation.

This is a great convention. I haven’t been here in a few years and I’m glad I made the decision to attend. There’s such a great mixture of all geekdoms here. That’s present at a lot of conventions, too, but this one is just different. It’s hard to describe. It’s like there is a sense of belonging here where everyone can just be themselves. I think that has a lot to do with the character of the city. I always remember John Lennon saying that he moved to NYC kind of for that reason. Everyone here just seems to do their own thing and that atmosphere is present in the convention, even when the majority of the people travel from all over the world to attend. It’s contagious and in a good way.

I realize that the end of my columns have been about conventions lately but that’s what is happening in my life right now and they are a big part of the comics world. Next week is another convention, a much smaller one, in Kokomo, Indiana. While smaller conventions don’t have the flair of ones like NYCC or San Diego, they have their own charm and I can’t wait to go.

Well, I’ve gone past my word count (sorry, Dan) and my feet are sort of rested. I guess it’s time to make the trek to the convention. Fortunately, Death Wish Coffee, which I believe it makes up about 10% of my body composition by now, has a truck outside of the convention. That’s a good start to the day!! 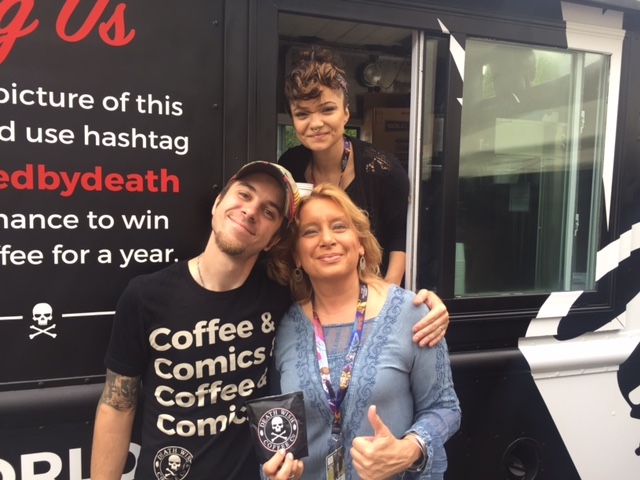 So, until next week comic peeps, Toodle-Pip!