Well, it’s almost time. The countdown has begun and all the advent calendars are being used. My house is no different. Well, except I am counting down until Rogue One. THEN I will countdown until December 25. Because that’s when the Doctor Who Christmas Special airs.

But until then, there are plenty of comics to read to keep us occupied. Let’s get on to the countdown — well, it’s not a countdown but it sounds cool. My version of cool, that is, which really isn’t that cool but in my head, it sounds that way. ANYWAY, on to the comics:

First, the Poe Dameron trade is out. Marvel’s Poe written by Charles Soule, drawn by Phil Noto and lettered by Joe Caramagna. There is also a special story in it by Chris Eliopoulos and Jordie Bellaire. Let me start by saying I am jealous of all these people for getting to work on a Poe Dameron book but I am also so grateful to them for making such an amazing one. Charles captures Poe’s attitude in the most wonderful way and just as I do when I see pictures of Poe, I look at Phil’s art and just think, “Poe is so attractive.” And BB-8 has the best lines. Seriously. So thank you. If you are excited about Star Wars at all, pick this up. If you like a good story with gorgeous art, pick this up. If you are a Poe fan or an Oscar Isaac fan, you should already have this. This is the only current series out where I have all the issues, including all the variants. I adore this book. Try it out! (And I’m still waiting for that call, Oscar!) 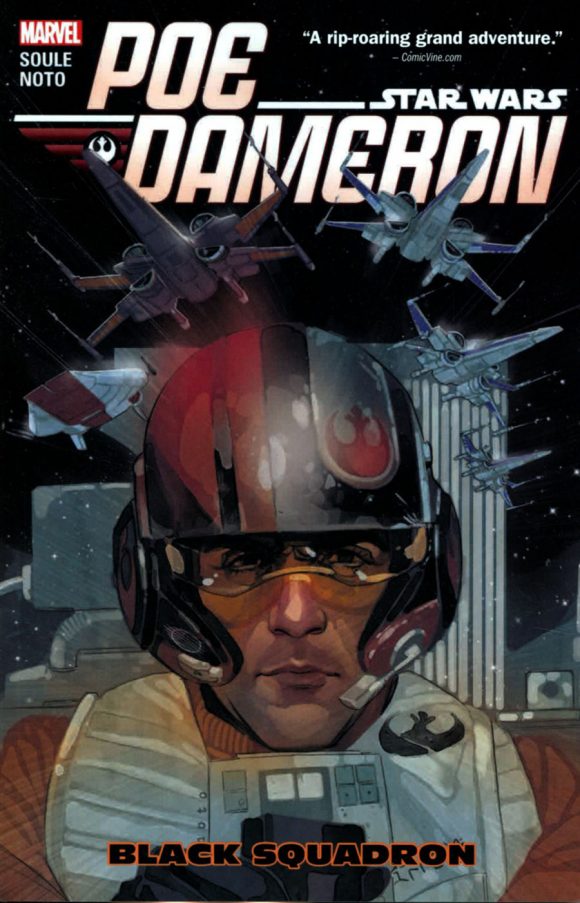 Next up, Marvel’s Unworthy Thor #2 by Jason Aaron, Olivier Coipel, Matt Wilson and Joe Sabino. I love cosmic Marvel stories. Just love them. This book had a big cliffhanger last month and this month is no different. If you want to see an awesome Thor, giant goats, spaceships, lots of drinking, Beta Ray Bill and Thor as bros, the Collector, and a ton of other great things in a story that continues to be new and engaging, read this series. I wasn’t going to pick this one because I picked #1 of the series, but it’s THAT good. Read this! 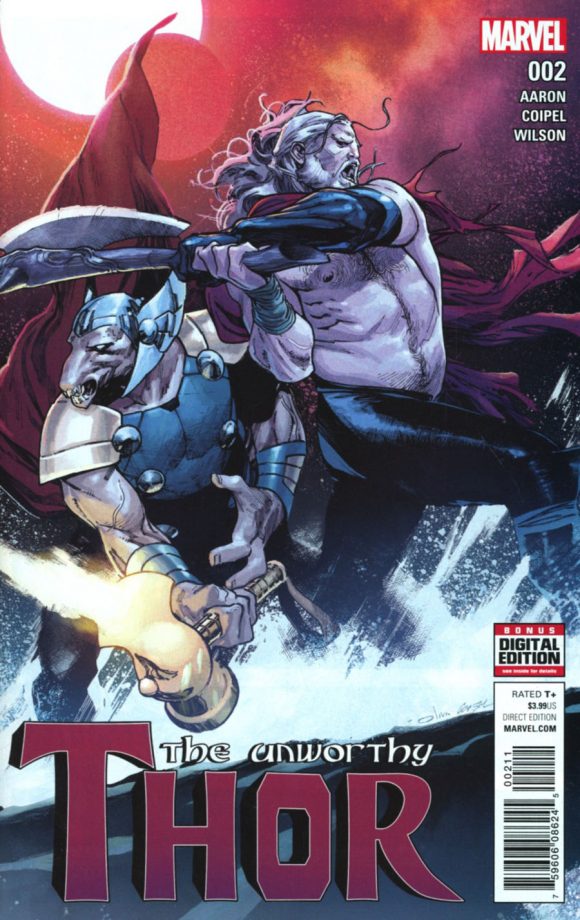 Finally, I love, Love, LOVE Image’s I Hate Fairyland trade #2 by Skottie Young, Fluff My Life. This story is just the best. In person, Skottie has the best sense of humor and even better than that, he knows how to translate that into his writing AND his art. I can’t say enough about this book and how much I enjoy it. Just looking at the covers make me laugh. Gert is a jerk and we would totally be friends! After you read this, there is also an I Hate Fairyland coloring book. It’s lovely. Try this series if you haven’t. Skottie is one of those creators that I will always take a chance on and he has never let me down. 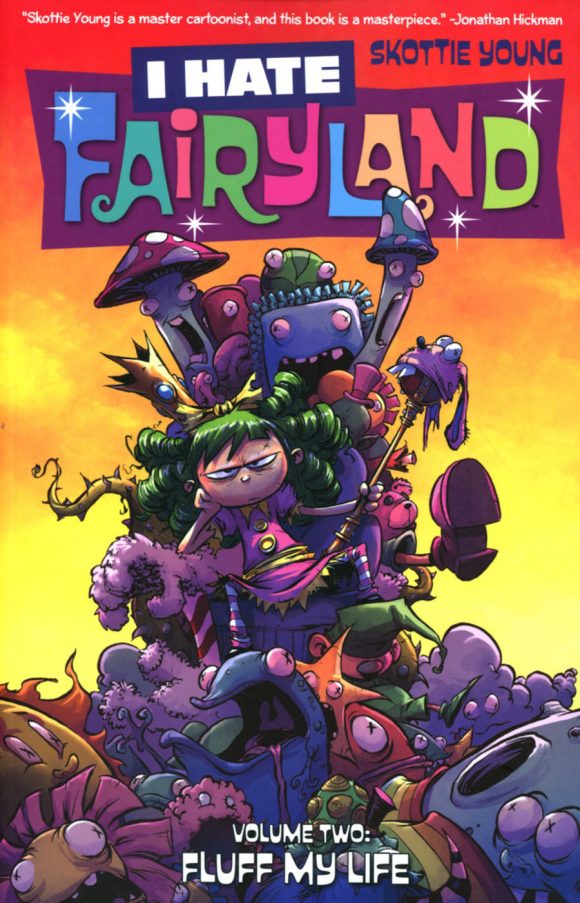 Lightning Round! Image’s Motor Crush #1 by Brenden Fletcher, Cameron Stewart, Babs Tarr and Aditya Bidikar is definitely worth the read! Domino Swift is a terrific new character and if you like Fast and Furious movies, check this series out! … You should pick up Image’s The Beauty trade #2 by Jeremy Haun and Jason A. Hurley (and trade #1 if you don’t have it!) because this series will blow your mind. When the monthly of this book comes out, I read it first thing. And I reread the trade. … Last but not least, DC’s Batman #12 by Tom King (you know him — the writer that is on EVERY best-of list this year and he totally deserves it), Mikel Janin, Hugo Petrus and June Chung. If you were ever on the fence about this series (WHY?!?) this issue should cement you as a permanent reader.

That’s all for now, comic friends. Enjoy time with your family and friends and read lots of comics. Go see Rogue One. Watch the Spider-Man: Homecoming trailer and the trailer for War for the Planet of the Apes. Go see Doctor Strange again (I’m seeing it Sunday with my daughter). Watch Westworld. I can’t stop thinking about it. I’m listening to the soundtrack as I write this. Enjoy life every day and make it a better day than yesterday. I mean seriously, there is a new Star Wars movie coming every year for the foreseeable future. There is always something to look forward to. And please, support your local comic shop. Until next week, be good to each other. And May the Force Be With Us.