The busy writer steps into the 13th Dimension with a MIGHTY Q&A on his forthcoming Deep State. 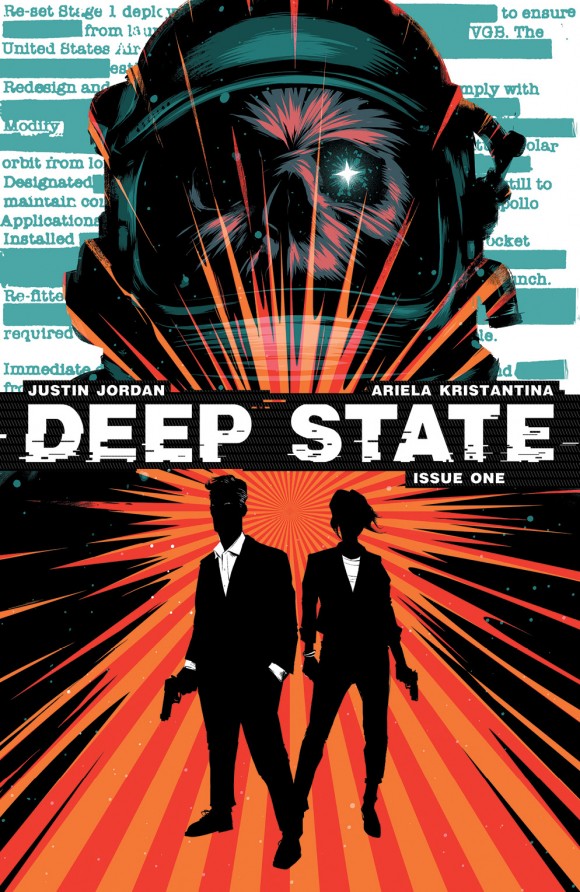 Justin Jordan is getting into that “busiest man in comics” territory reserved for the likes of Mark Waid or maybe Rick Remender. Every time I turn around, dude’s got another book out, like Luther Strode or Spread.

His latest is the forthcoming Deep State, one of a trio he’s got with Boom! It’s the flip side to the classic conspiracy concept, and the first issue is due 11/12.

John Harrow doesn’t exist, and his job is to make sure that other things don’t exist, too. At any given time, the government is running dozens of black book operations, experiments that aren’t on any official record and are never acknowledged to exist. Some of these are innocuous. Some of them are monstrous beyond reason. And most of the time, they go as expected and the public is never the wiser. Most of the time. John Harrow’s job is to handle them when things go wrong, and do anything to make sure the government’s secrets stay just that—secret.

Justin Jordan: One of the things about conspiracy theories is that they sort of require some sort of super clandestine organization that’s existence can only be inferred. So I got to thinking about….what if? What if there was an organization that existed to keep the government’s secrets, secret?

There’s also the notion of various disinformation units the military has used, which I always found interesting. So that and a lot of other things is what led to Deep State.

I’ve interviewed a lot of writers who write about conspiracy theories. It’s rich material. But what makes your story stand out? What can you tell readers that will make them want to pick up your book in particular?

Well, I think my elevator pitch would be that it’s what you’d get if the X Files were told from the POV of the Cigarette Smoking Man. So if that sounds awesome, you should pick the book up. 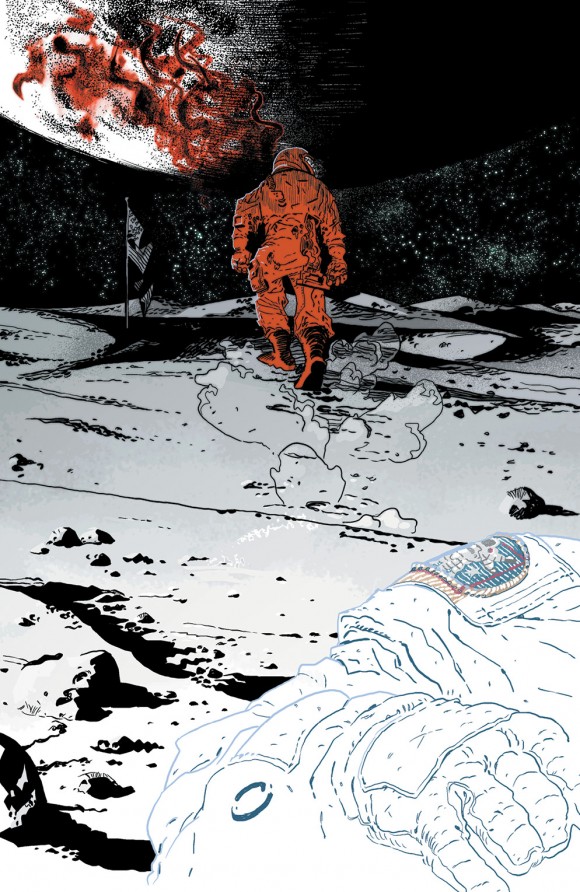 Tell us more about the protagonist, John Harrow. Usually, we’re supposed to root against the guys trying to keep the conspiracies quiet.

One of the driving questions in the series is whether Branch and Harrow actually are the good guys. Certainly, Harrow believes that he’s on the side of right. That what the government does is for the good of the people, and that keeping it quiet is for the best.

But Harrow doesn’t know everything he thinks he knows, and that starts to change him. He is, fundamentally, a decent guy, so eventually the job is going to start to get to him. In ways he and the reader may not expect.

How are you collaborating with Ariela Kristantina? How did your partnership on this come about?

It’s going awesome. Actually, the project as a whole is coming together better than I have any right to expect. Ariela really gets what I’m going for, and keeps producing work that is better than what I had in my head when I wrote it.

Ariela is SCAD alumni, which is the same school that my Luther Strode collaborator went to, and I met her on Facebook sort of generally through that connection. Her stuff is awesome, so when Deep State got greenlit I brought her up to Boom!

As it turns out, the editors already knew her work and loved it, and then here we are.

Did “The Parallax View” freak you out as much as it did me? Because that brainwashing sequence is seriously messed up. Still creeps me out.

Man, that’s a good movie. Yes, creepy as all get out. And keep that brainwashing thing in mind – it’s going to come up later.