Of all the notes I get from readers, one of the biggest questions is whether DC will produce a Batman ‘66 Meets the Monkees comic.

Given all the other Batman ’66 comics crossovers we’ve seen, this match-up is one of the most natural: Both shows debuted the same year and share substantially overlapping fandoms. Not only that, Rhino, the Monkees’ label, and DC have a corporate familial connection. Hell, both Batman and the Monkees have teamed up with Archie — just not each other. Nevertheless, it’s an idea that will not go away.

Some time ago, writer Carl Cafarelli put together a column laying out how a Monkees/Batman crossover could play out. (Click here to check it out.) It was a lot of fun even if it was speculative. 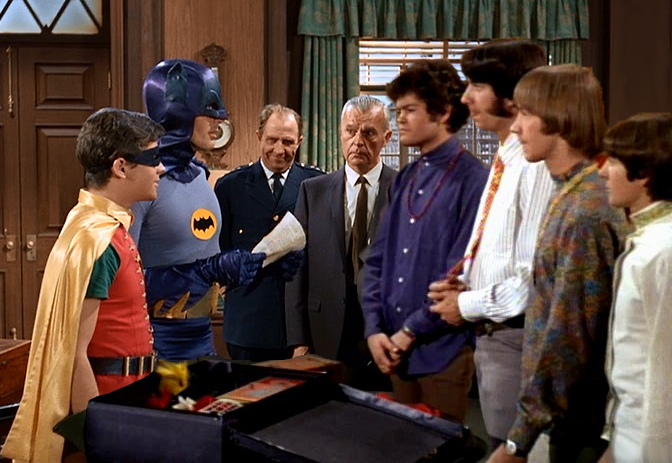 Unfortunately, nothing has changed since then, at least not outwardly. But at least we’ve got Batman ’66 art fave Mike Allred around to give us a taste of the team-up that isn’t.

See, the other day I interviewed Mike — an unvarnished devotee of all things Batman ’66 and the Monkees — about his latest gig: the cover for the Monkees’ upcoming Christmas album. (Click here for the full interview.)

During our back and forth, he mentioned that he’d done two Batman/Monkees pieces for kicks. So I asked him what he thought the chances were for a BatMonkee crossover.

“If it were up to me, yes. But it’s not. The powers that be need some convincing,” he said. “Just need to tip it over the top.”

He added, “Someone suggested publishing an omnibus collecting all the Monkees’ comic books from the ’60s. No fancy digital re-coloring, just scanning the actual comics in all their vintage glory. I’d happily do a new story, covers, whatever. If it’s the Monkees, count me in!”

Anyway, dig the two images that Allred put together for his own gratification: 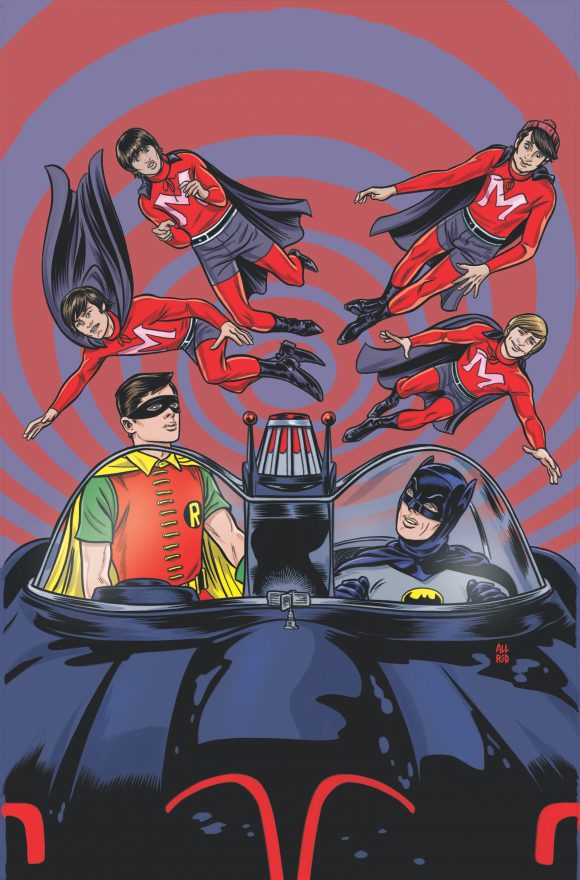 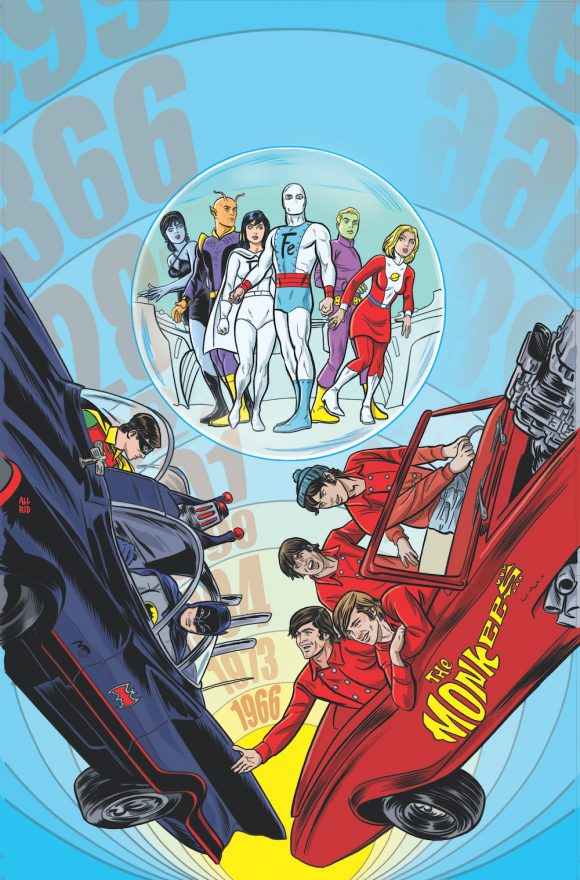 So, maybe the Batmobile will never show up to the Monkees’ beach house. But you can at least spend a Pleasant Valley Sunday imagining that it does.