For SPIDER-MAN WEEK, the writer of The Bunker and the forthcoming Marvel Infinite Comics series Spider-Man: Who Am I? didn’t have to look too far … 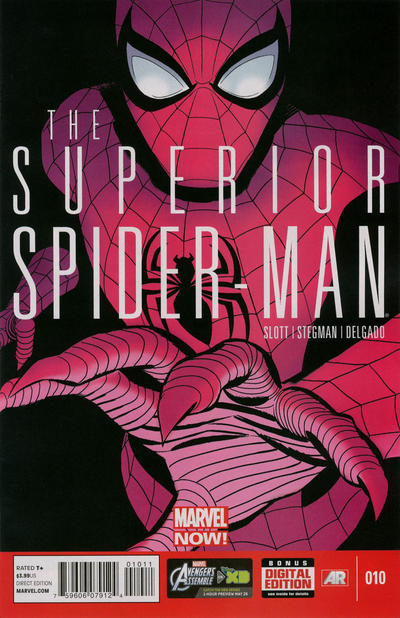 I suppose everyone is digging deep, or going for the big stuff. Obviously, Kraven’s Last Hunt and the Death of Gwen Stacy pop to mind, but, and maybe this is a little bit too soon, but what Dan Slott has done with Superior Spider-Man may go down as one of the most definitive Spidey stories of all time.

The instinct of all Spidey writers is to try and break Peter down to prove how much crap he can take without snapping like a twig. But, nobody has ever actually, well, snapped him. And what we got was a story that didn’t star Peter Parker that definitively explained what was so damn special about him. It’s a massive, impressive feat of fiction might, and, while I suppose I might be biased from having the occasional ringside seat to it, I can still say it with a clear conscience:

Dan Slott’s Superior Spider-Man is my favorite Spider-Man story of all time.