Well, not to stretch the metaphor too far but that’s sort of what ran across my mind when artist Joe Jusko — a recurring 13th Dimension contributor — recently posted a glorious 1989 Batman painting on Facebook and noted that he really wasn’t comfortable with it. 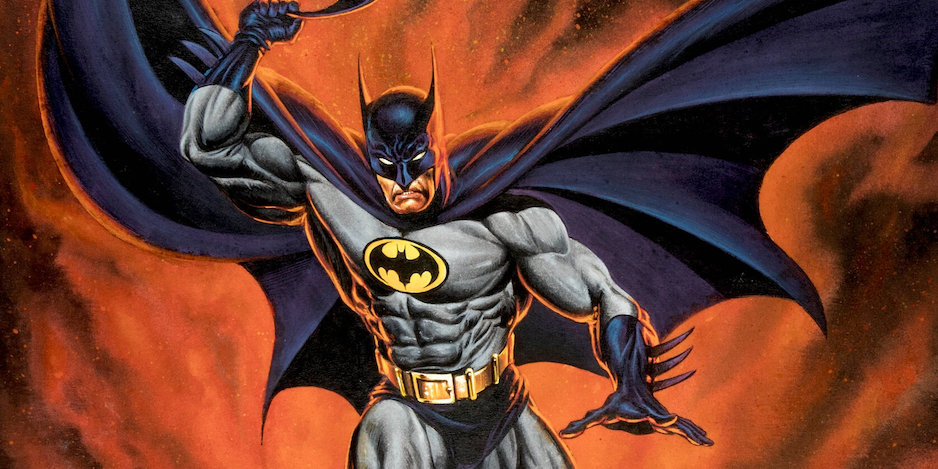 That’s not false modesty, either. That’s an artist recognizing or feeling something that the rest of us don’t. Maybe it’s because they’re too close to it and we’re too far. In any event, it’s a compelling phenomenon, so I asked Joe about it and he put together this groovy guest column.

When you have a career that spans over 40 years you can be pretty sure that you’ve painted a LOT of pieces during that period. Oddly, I can remember details about practically every one, from where it was painted, to what I was thinking, to what issues I had painting it, to conversations I had while delivering it to the offices. It is incredibly rare that I do not remember a piece at all. It’s only happened once or twice that I can think of. (Example: a pen-and-ink pinup of Luke on a Tauntaun that was published in a Star Wars comic comes to mind).

This is one of those pieces that I’d completely forgotten about. A friend told me there was a Batman painting of mine in the new Heritage auction, and when I went to look for it I initially scrolled right past it! Painted more than 31 years ago, before Marvel even began producing Marvel Universe or Marvel Masterpieces trading cards. It took more than a few minutes, but I finally began to place it. 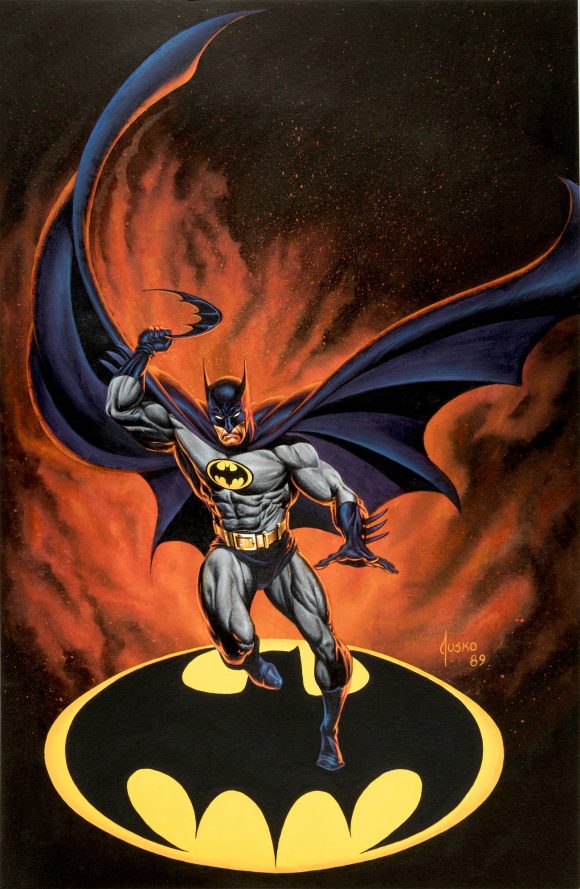 After the first Michael Keaton Batman movie came out, a new surge of Batmania was everywhere. I was contacted by my then art dealer Mitch Itkowitz at Graphic Collectibles concerning a couple of Batman commission requests. I remember the other one as I’d shot film of it, but even though this one is coming back to me now, it’s almost like I’m seeing it for the first time.

I do know this was the first time I’d ever drawn or painted Batman, or any DC character (a detail I found ironic as 12 years earlier I was awarded the DC Comics Award of Excellence upon my graduation from New York’s High School of Art & Design, yet was repeatedly turned down for work whenever I approached them). 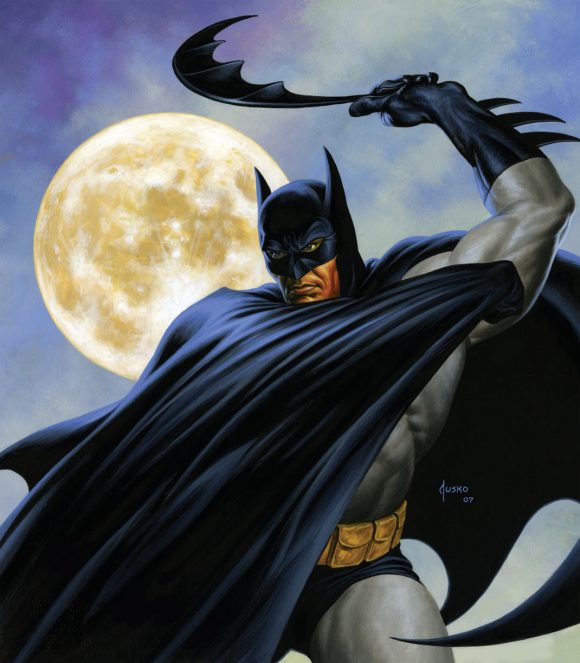 While the anatomy is a bit extreme and the figure work itself a bit wonky to my eyes today, I’m not totally appalled by it as I am by some of my earlier work. It’s definitely not “The Dark Knight,” but more of the Silver/Bronze age superhero version. I like what I attempted to do with the cape and the addition of the bat-emblem gives it a certain retro toy box/merchandising/poster feel.

That said, despite several other commissions over the years, I’ve never been really comfortable with Batman. My Batman always feels a bit derivative to me. Because of that he’s my least favorite character to paint after Iron Man (that friggin’ armor). 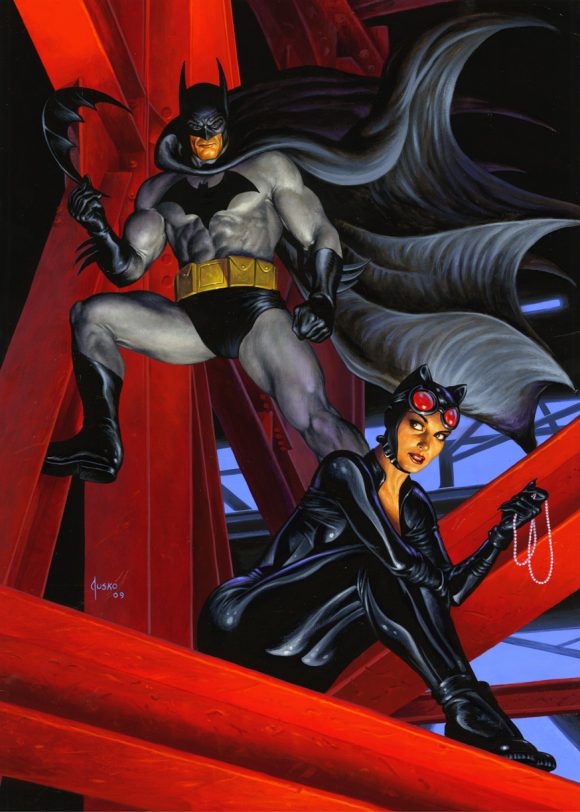 It was while once talking Batman with Dave Gibbons, where he agreed that he also wasn’t really comfortable with him, mainly because he hadn’t worked on him enough to have a developed a uniquely personal approach, that I realized that was my issue, as well. I would really need to spend extensive time with the character to develop a “Jusko version.” I think back to Bernie Wrightson’s off the bench home run in Swamp Thing #7 as the epitome of someone getting it right the first time.

Looking at this painting as the kitschy retro-style art that it resembles, it grows on me each time I see it. I guess that’s a good thing.