Jim Salicrup Brings You The FIVE MOST UNDERRATED X-MEN STORIES

The former X-Men editor of great renown and a friend pick some of the unsung X-stories you need to read, for X-MEN WEEK!

Most Underrated? Gee, there’s so much to choose from! Of course, I love all the original issues by Stan Lee, Jack Kirby, Roy Thomas, Werner Roth, George Tuska, Neal Adams, Arnold Drake, and many more.

But if I had to focus on the all-new, all-different X-Men, I’d have to selfishly pick the version of the Death of Dark Phoenix, in which Jean Grey lived, which was published as Phoenix: The Untold Story, April 1984. Of course, that version’s virtually forgotten, even though I’m still interviewed about once a year about the final version that appeared where Jean Grey died. 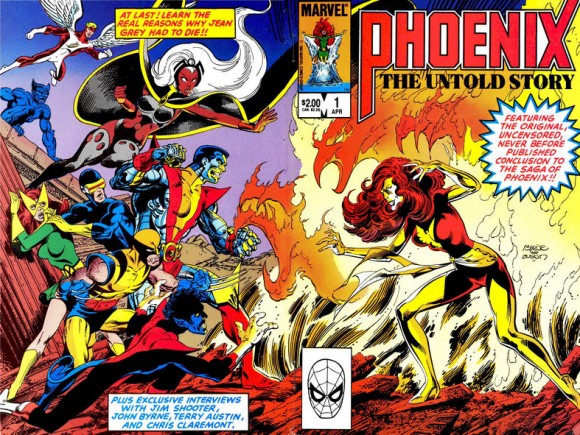 In a nutshell, then Editor-in-Chief Jim Shooter, upon learning that Jean Grey was going to not die, decreed that she must die, and writer Chris Claremont, penciler John Byrne, inker Terry Austin, letterer Tom Orzechowski, and colorist Glynis Oliver were all called together, working with new X-Editor Louise Simonson, to make it so. As a result, that issue is now considered a classic, and deservedly so.

But since I’ve been asked to select the Most Underrated X-Men stories, how can I not pick the version I edited? What could be possibly be more underrated than that?

Since I was asked to pick 5 Underrated X-Stories, and selecting The Uncanny X-Men at the State Fair of Texas, written by David Anthony Kraft and me, would be pushing it, even for me, I decided to ask my friend, librarian and comics writer, Maria Jose Negueruela to pick her four most underrated X-Stories. 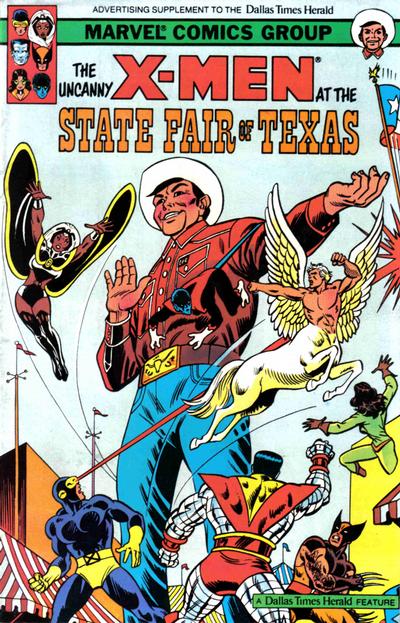 After all, she knows the Uncanny X-Men better than I do, and sure enough, she picked four great choices. Hey, that’s what editors do—ask writers to write stuff! So, take it away, MJ!

In 1986 Marvel Comics launched Classic X-Men, a comicbook series that covered the first years of the second generation of X-Men. Editor Ann Nocenti, writer Chris Claremont and artist John Bolton, however, wanted to give fans more than just a reprint of classic stories and added all-new back-up stories that further elaborated upon the source material.

The tone and pace differed from that of the Uncanny X-Men, paying more attention to character development than to action. Claremont’s expertise and Bolton’s elegance turned the apparently irrelevant stories into gems that capture the reader’s heart at a glance. Among the 27 new stories created, four stand out on their own merits, and all happen to be collected in the book X-Men: Vignettes, Vol. 1.: 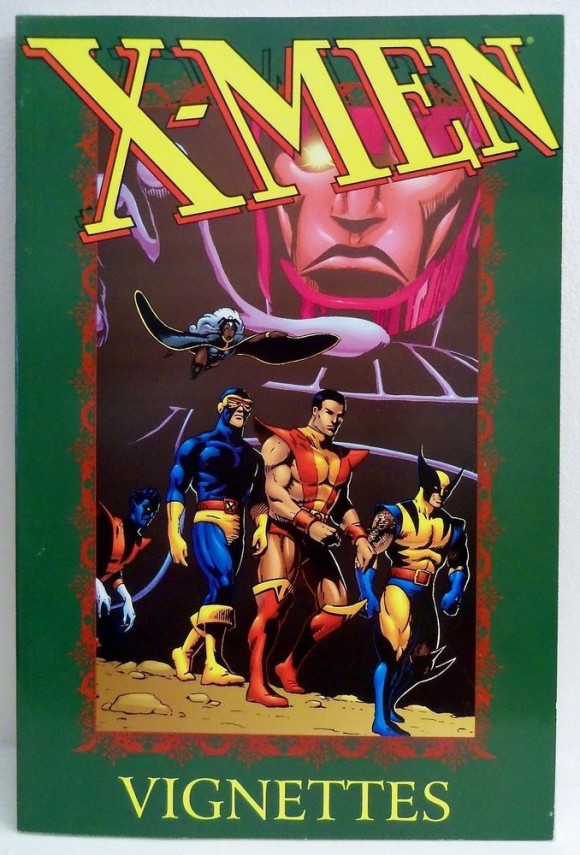 Mourning. CLASSIC X-MEN #3. Date: 11/86.  Just a few hours after the funeral of John Proudstar, a.k.a. Thunderbird, the X-Men discover the tomb of their comrade has been defiled, and set out to find the person responsible for the crime, only to find out that person is John’s younger brother.  A poignant story about the meaning of family, isolation and missed opportunities. 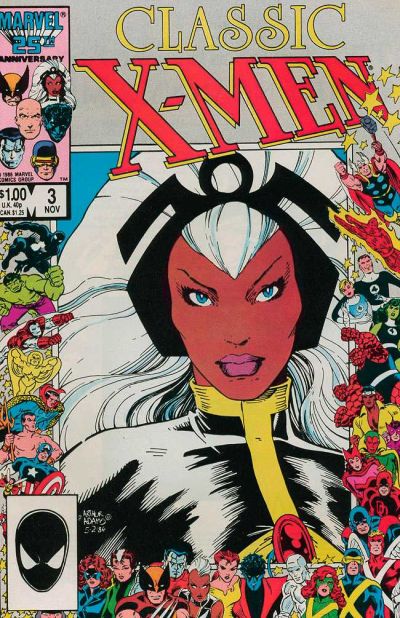 The Big Dare.CLASSIC X-MEN #4. Date: 12/86.  Wolverine and Nightcrawler having a day out in the city. The former dares the latter to go for a walk without using his image inducer to conceal his true identity. Nightcrawler reluctantly accepts the challenge and, much to his surprise, he is met with tolerance by most humans. A deliciously mischievous story about personal bias and the hope of a better tomorrow. 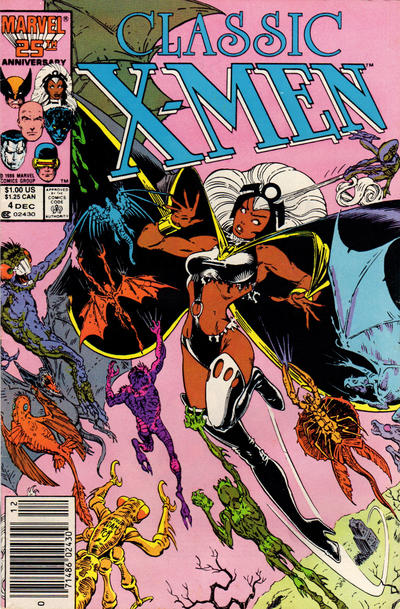 A Love Story. CLASSIC X-MEN #6. Date:  2/87. On a snowy winter night, Jean Grey gets ready for a date with Scott Summers. She has a bath. She picks up a dress to wear. Scott knocks at her door. Not a word is spoken.  They kiss and leave the apartment. There is a Sentinel flying through the Manhattan sky. On that night Jean will be abducted by the Sentinels, the first step toward becoming the Phoenix. Nothing will ever be the same for them. Storytelling at its finest. A haiku poem in pictures. 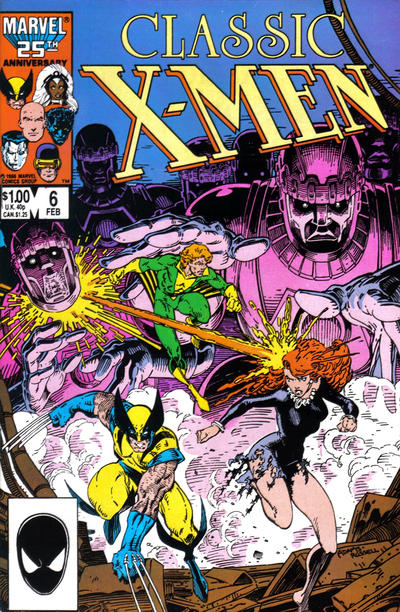 A Fire in the Night! CLASSIC X-MEN #12. Date: 8/87.  Memories of the past trouble Magneto`s sleep as we learn about his escape from the Auschwitz concentration camp, his first wife Magda, his little daughter Anya and the tragic discovery of his magnetic powers. Bu t… is Magneto a heartless villain, or just a good man overwhelmed by grief? A heartbreaking story about the evil that men do. 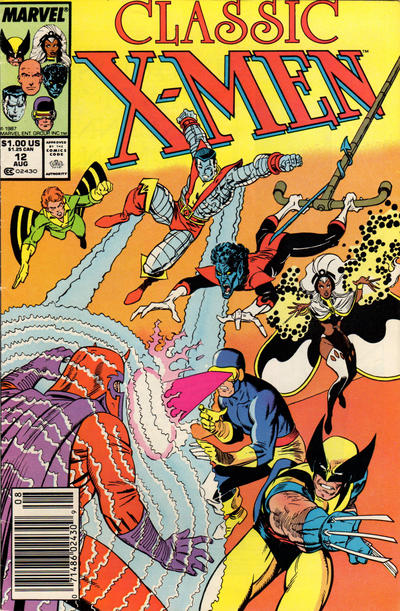