JESSICA JONES is Great — But ALIAS is Even Better

The Netflix show is all it promises to be, but its source material is one of the best comics of the last 40 years. 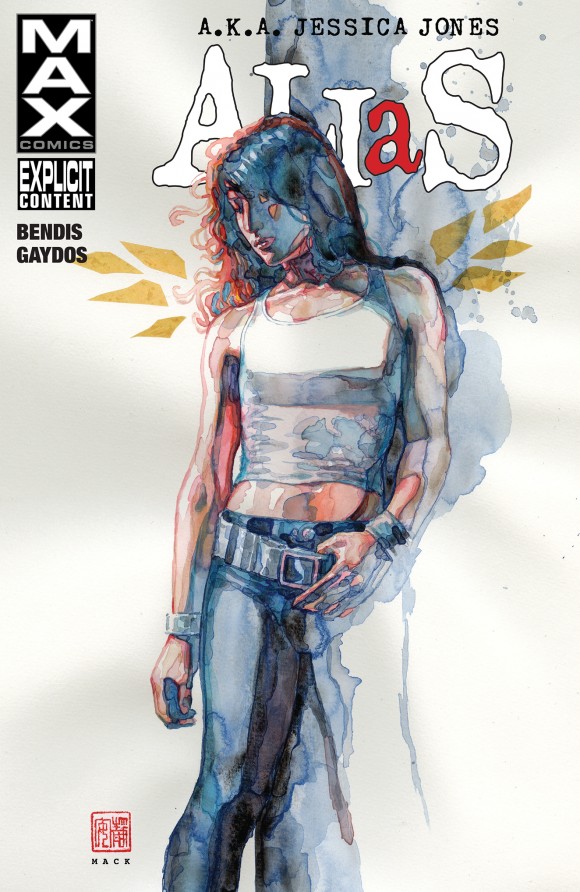 Let’s say you love pizza. Like, you really love pizza. You think that combination of sauce, cheese, dough and topping(s) is the most amazing thing ever created, and that everyone should be eating it. Your buddy comes up to you and says, “I’m hungry. What should I eat?” Your answer, because you’re so devoted to the pie:

What I just did, metaphorically, is set the stage for a particular comic-book series you’ve almost certainly heard of by now — but that I personally happen to be obsessed with: Alias.

Jessica Jones, starring Krysten Ritter, has generated a lot of positive buzz, with the Marvel/Netflix team now 2-for-2 after Daredevil. In the case of Jones, good vibes should be a given considering Alias — the comic it’s based on — is, hands down, one of the best comic-book series of the past 40 years. 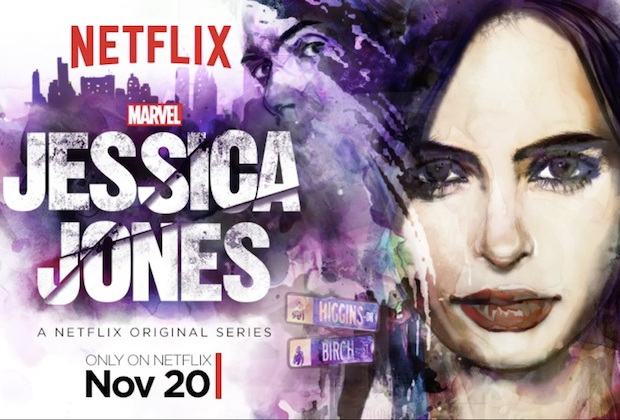 The first Wolverine limited series. The Dark Knight Returns. Watchmen. All three are widely considered among the most groundbreaking works by the Big Two. It may be blasphemy to put Alias up there with those three, but I’m going to blaspheme away.

Published by Marvel’s MAX imprint back in 2001, Alias follows the day-to-day, trying-to-get-by existence of Jessica Jones, a private investigator based in New York.

“Ooh, a lady P.I. Real groundbreaking,” you might be thinking. But wait, there’s more!

You see, Jones used to be a superhero named Jewel, but things didn’t work out for her—to say the least. She’s prone to late-night trysts; a lot of cursing; and a whole lot of drinking—all while getting mixed up in the craziest cases. 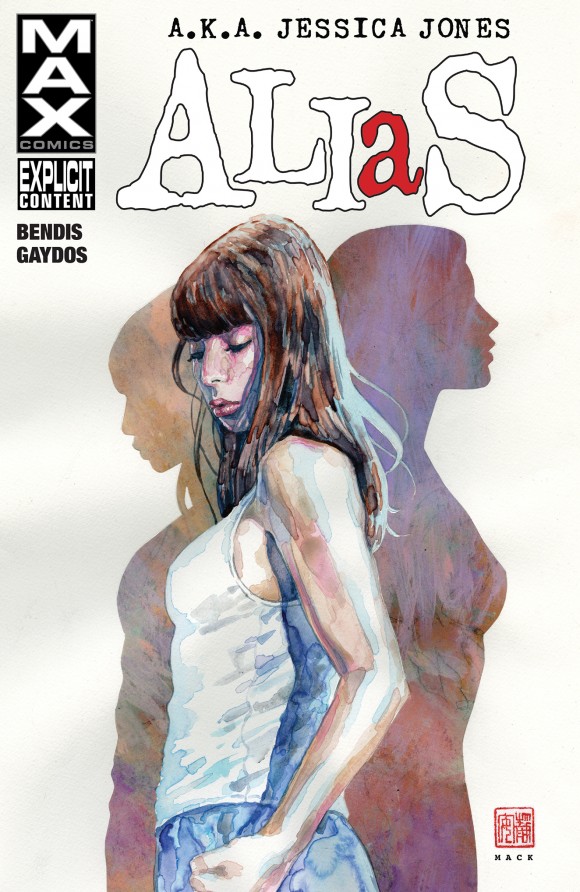 And this isn’t some alternate reality where all of this is happening: This is going on right within the workings of the Marvel Universe. The world of Captain America and Spider-Man. Of Daredevil and perhaps most prominently, Luke Cage, Power Man.

Conceptually, the whole thing is brilliant. Writer Brian Michael Bendis, already firmly established in the medium by that point, was able to create an indie-minded comic with mainstream players. Thanks to no Comics Code approval, he could do whatever he wanted. It’s no holds barred as we watch Jones get pulled in all sorts of directions. While at times it’s almost like you’re watching a trainwreck, you do see signs of inner strength from Jones—especially as things come to light toward the end.

Perfectly marrying with the story is the artwork of Michael Gaydos. There’s no sheen to the characters: You get the impression that Jessica Jones is just an average person—even though she can fly, has super strength and is nearly invulnerable. 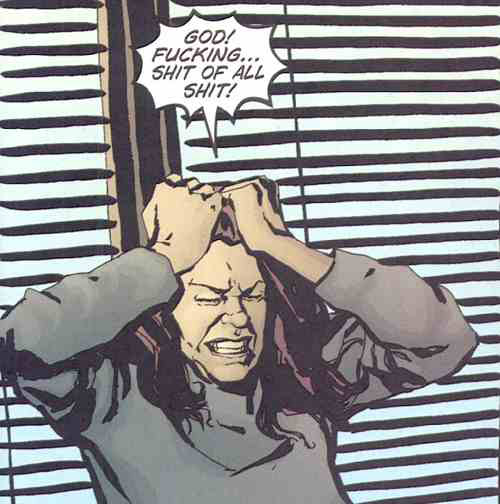 I just really love this title. Case in point: I have all 28 issues, but since they’re bagged and boarded and stashed away, last year, I asked “Wifey Claus” for the omnibus, which collects the whole series. I’ve read that a few times since.

I know this has been a lot of proselytizing, but in the spirit of that pizza lover above, it had to be done. Do yourself a solid and check out Alias, a modern classic if ever there was one. 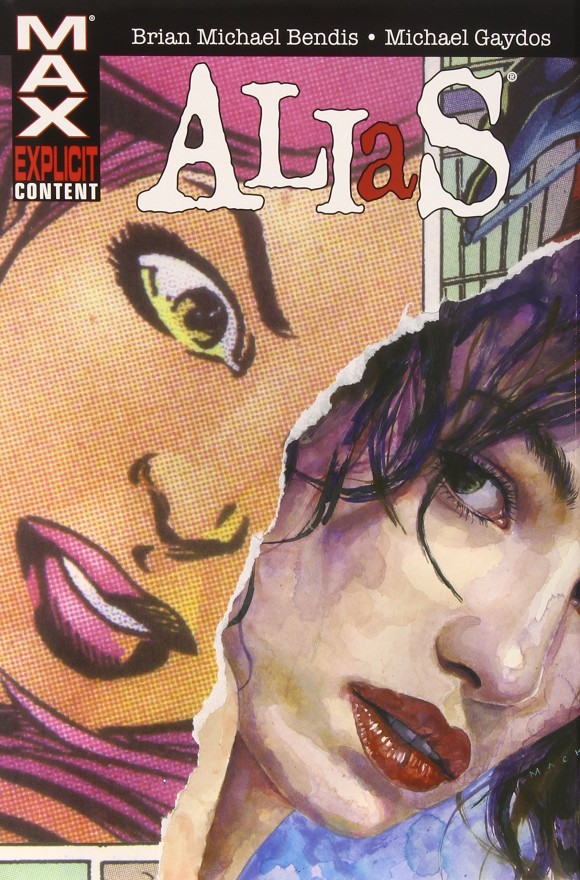 NOTE: Van may like the complete Alias, but that’s pretty hefty if you’re just looking to try it out. In anticipation of the show, Marvel is reprinting the series in a new set of trade paperbacks. Volume 3 (below) is in comics stores now and will be available from online booksellers in early December. The volumes list for $20-25. I know someone who’s getting the first volume for Chanukah. — Dan 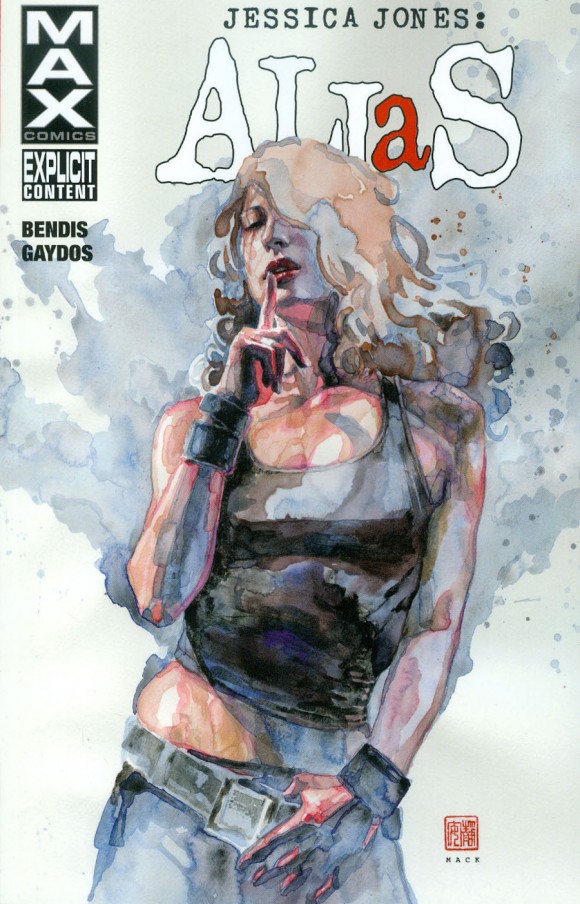