Boy, Annihilus is getting a lot of attention these days…

From FF #83. Pencils by Jack Kirby. Inks by Joe Sinnott.

Hey, y’know how the other day we EXCLUSIVELY announced that Marvel would be re-releasing in January 1968’s classic Fantastic Four Annual #6 as a Facsimile Edition — ads and all?

No? Well, click here for all those fancy details. 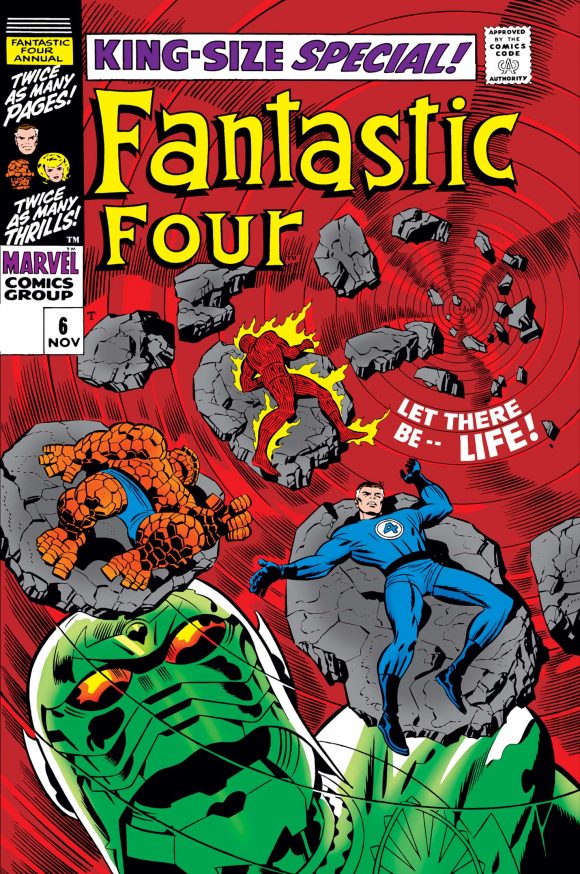 But get this: IDW has now announced through its latest solicitations Jack Kirby’s Fantastic Four Artisan Edition — and it includes the original art from that very issue by Stan Lee and Kirby, featuring the birth of Franklin Richards and debut of Annihilus. 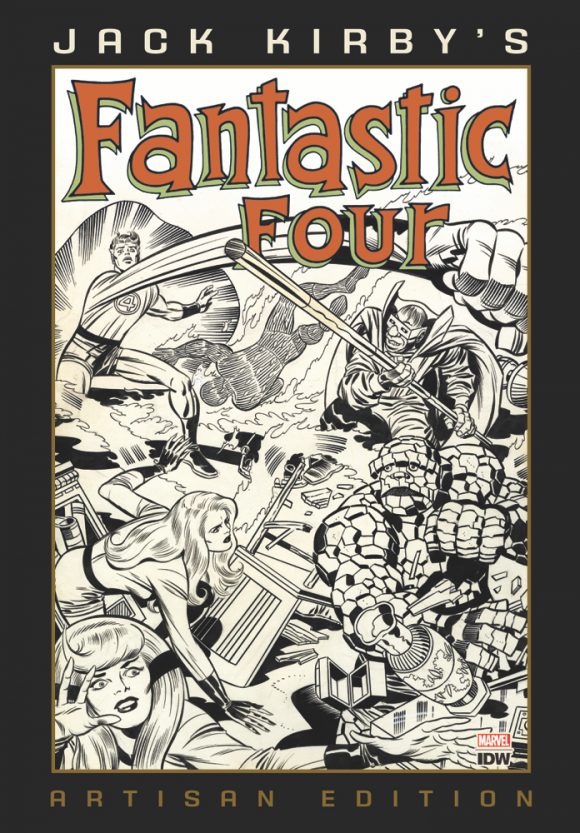 Jack Kirby’s Fantastic Four. World-shattering events, cosmic calamities, and Kirby Krackle—does it get any better?
Jack Kirby is one of the most important creators in the history of comics, and the Fantastic Four is one of his greatest achievements. First published in 1961, the adventures of Mister Fantastic, the Human Torch, the Invisible Girl, and the ever-lovin’ Thing introduced a bold new era in comics. Kirby’s dynamic storytelling, coupled with Stan Lee’s poignant writing style, were unlike anything comic book readers had seen before—it literally ushered in THE MARVEL AGE OF COMICS!

Including Fantastic Four Annual #6, the 48-page groundbreaking story that featured the birth of Franklin Richards! Also presenting issues #71, #82, #83, and #84, featuring the Inhumans, Doctor Doom, and others—plus a beautiful gallery section of some of Kirby’s most incredible pages, all scanned from the original art!

Like all of IDW’s award-winning Artist Edition style books, each page has been painstakingly scanned from the original art to ensure the finest possible reproduction, mimicking the experience of seeing Kirby’s hand-drawn pages—it’s the next best thing owning the art! 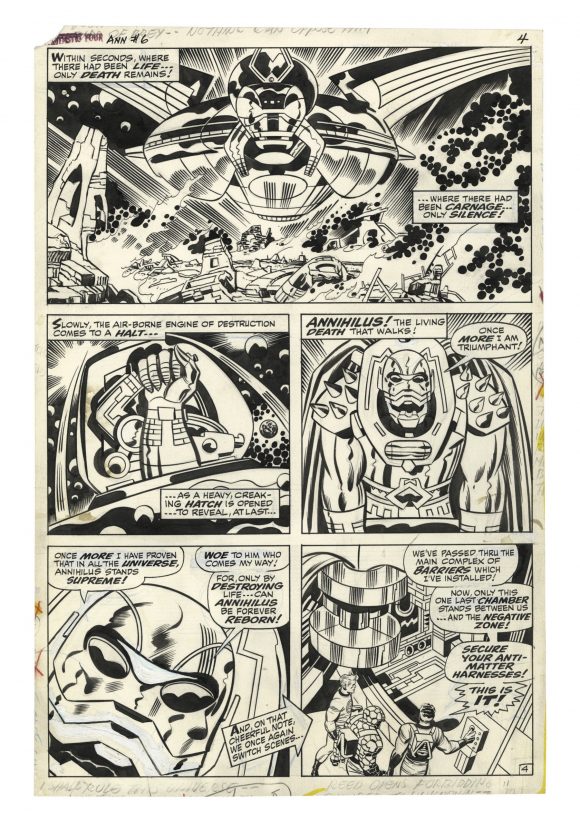 From FF Annual #6. Pencils by Kirby, inks by Joe Sinnott.

Simple: Artist’s Editions are oversize hardcovers that produce highly detailed reproductions of original art at original size, with complete stories. They tend to run about $125 and up.

Artifact Editions are very much the same, only they tend to be more of a survey of an artist’s work, often on multiple projects.

And Artisan Editions are essentially more affordable versions of these, shot down and in softcover. So if you’re not ready to splurge on one of the more expensive editions, this might be a more palatable option. But you still get the same selection of marvelous original art.

So in this case, you’re talking about a less expensive version of Jack Kirby’s Fantastic Four Artist’s Edition, which came out in 2017. (If you want to see 13 PAGES from that hardcover — which will be included in the new volume — most definitely click here.)

And if you want to see that page above in living color — to be featured in Marvel’s Facsimile Edition I mentioned — well, dig this: 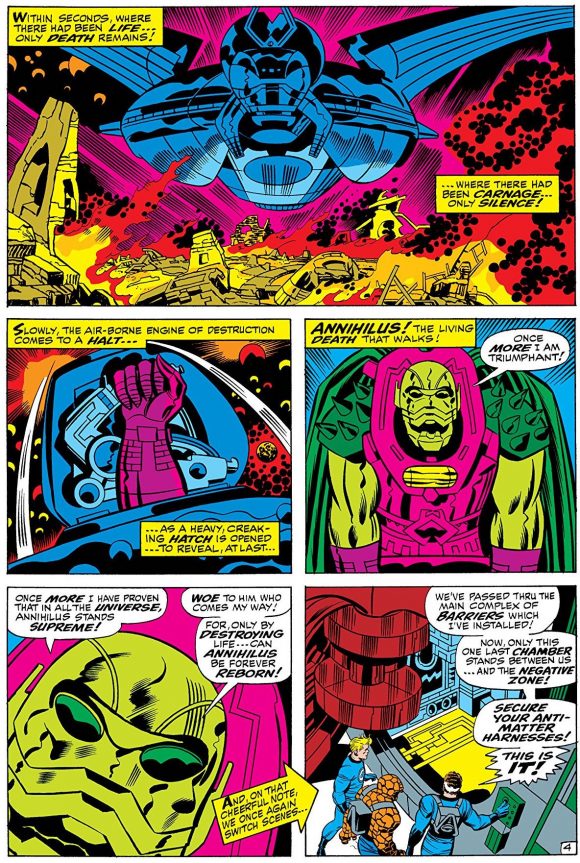