It’s MIKE MIGNOLA’s Birthday! Do Something Scary For Yourself

Home » ACTION FIGURES & MERCH » It’s MIKE MIGNOLA’s Birthday! Do Something Scary For Yourself 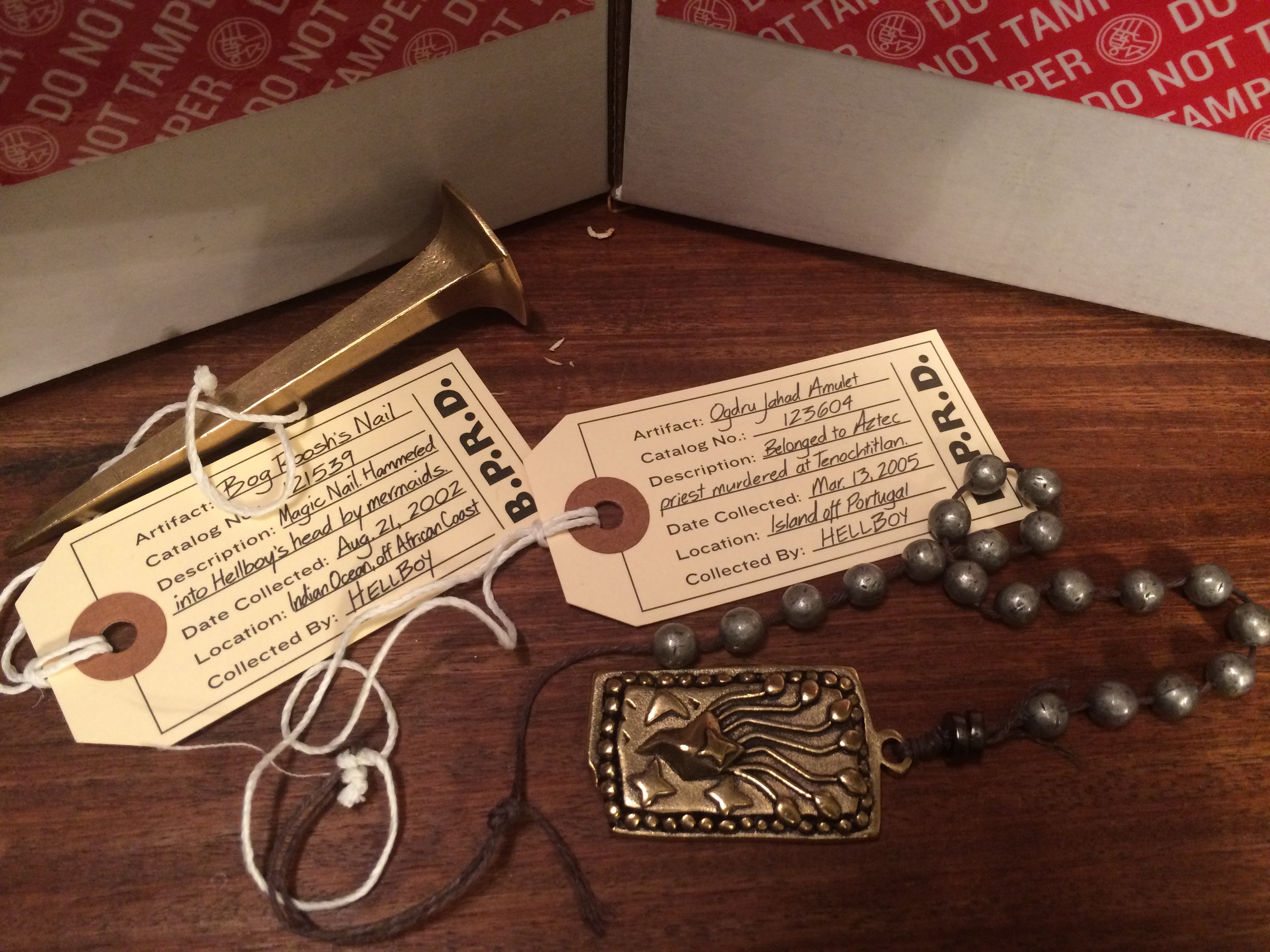 No joke, I love boutique comics merch companies. The more focused they are, the more likely you are to get really interesting niche items that the big companies just can’t be bothered with.

Such is the case with Skelton Crew Studio, which has interesting licenses like Image’s Chew, IDW’s Locke & Key, The Stuff of Legend  — and Dark Horse’s Hellboy/B.P.R.D. 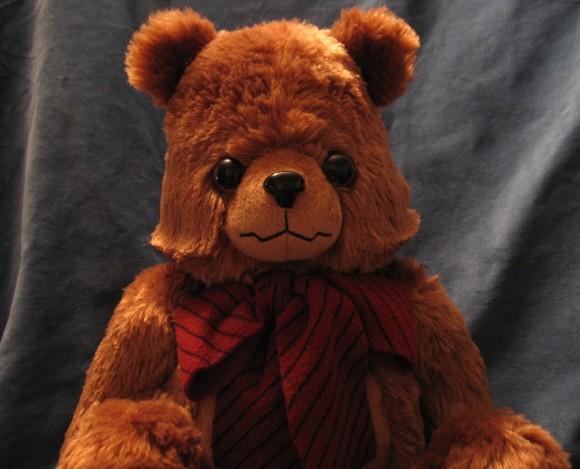 Plush Max from The Stuff of Legend

Since it’s Hellboy creator Mike Mignola’s birthday, check out a couple of these tchotchkes the fine folks at Skelton Crew sent over to us. (They have more at their site, naturally.) 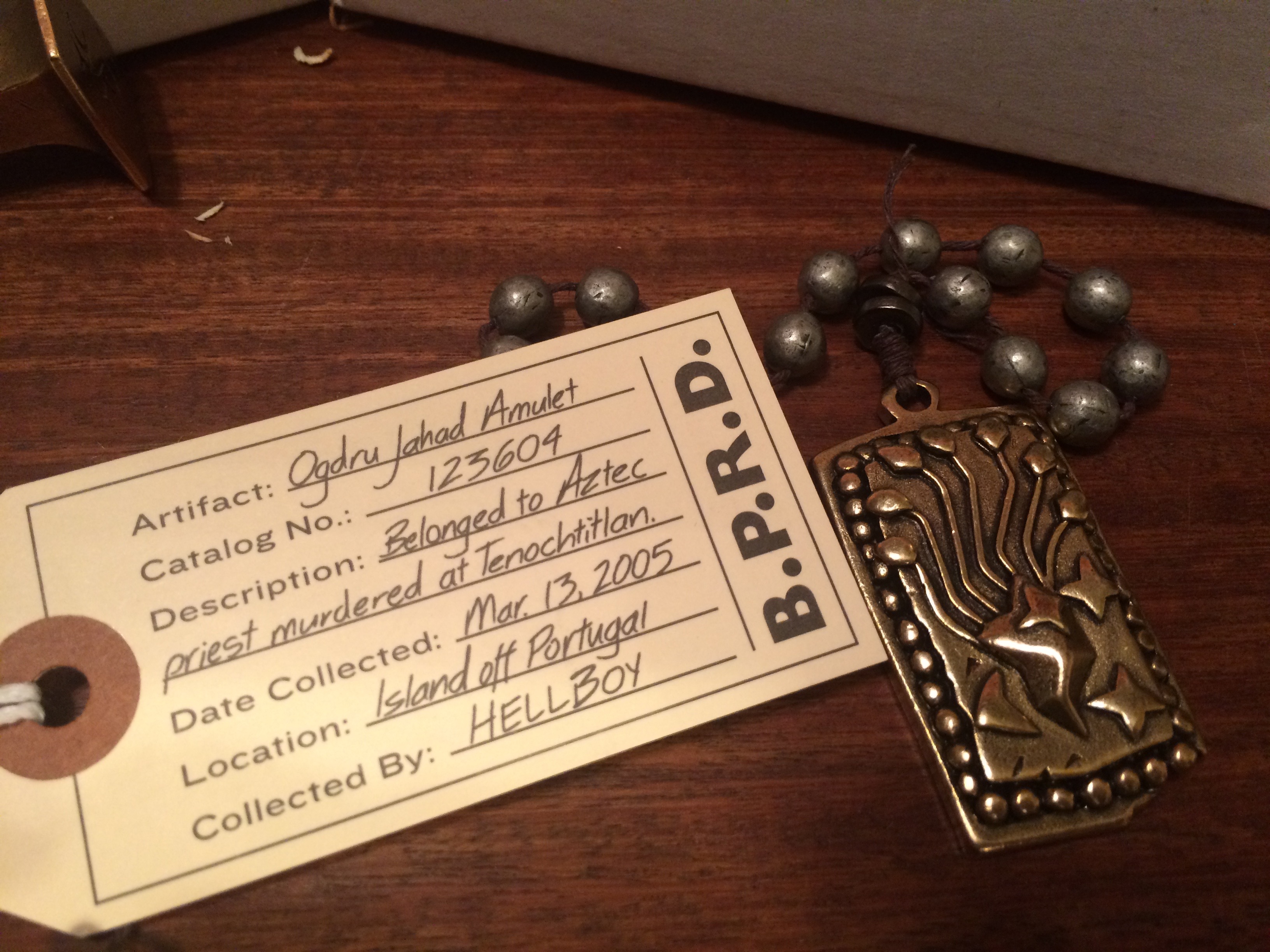 All I can tell you is to be careful with this one — a talisman that signifies the worst of evildom. Most times you have to battle monsters and whatnot to find one of these but Skelton Crew sells them for $34 a pop.

The craftsman is solid — the amulet is heavy — and like other items in the line, it comes tagged with important information. There’s a sealed outer box marked FRAGILE that also bears a label including all sorts of archival info. Inside is a smaller box, similarly labeled — and inside that is a pouch containing the item. 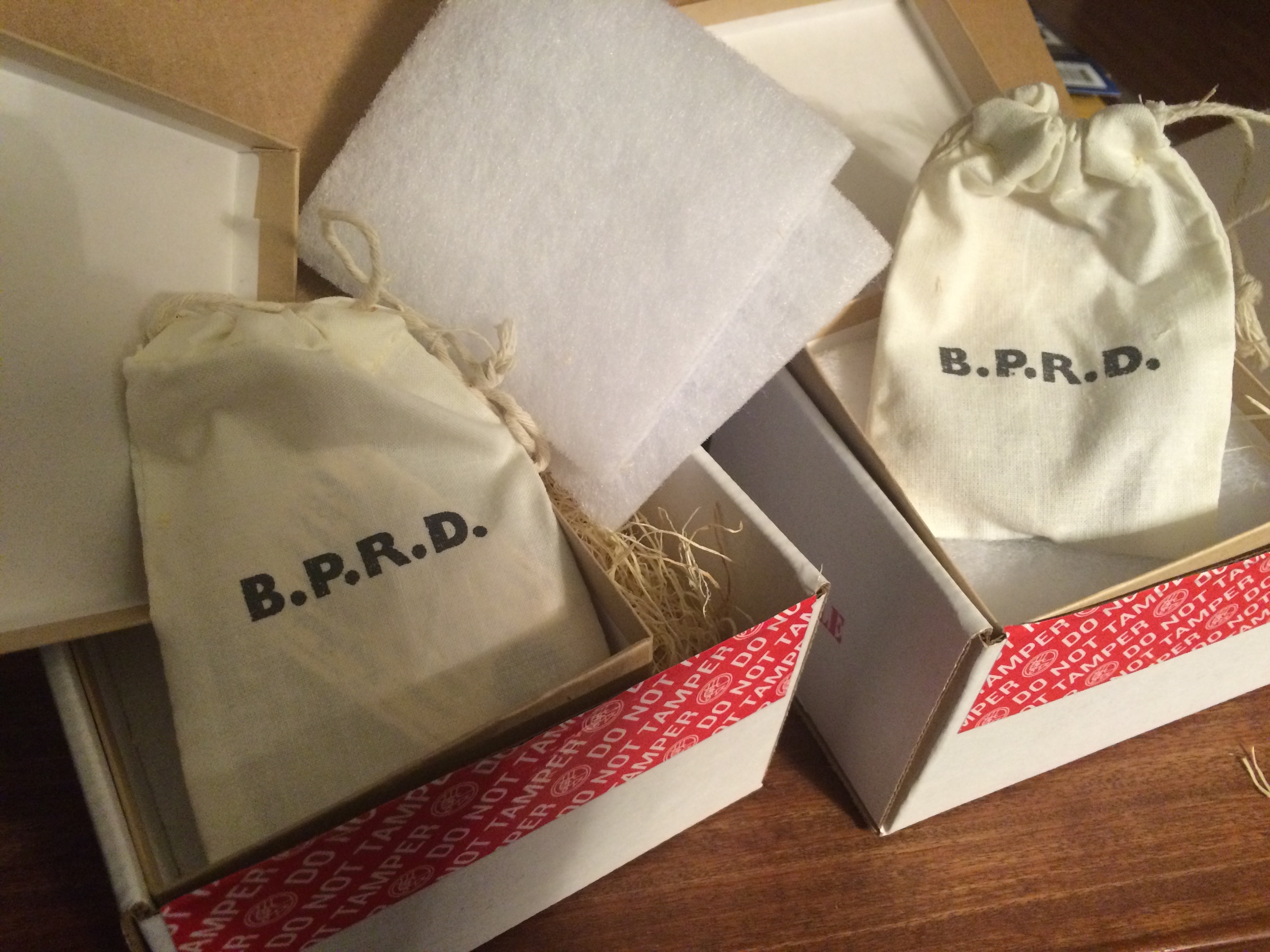 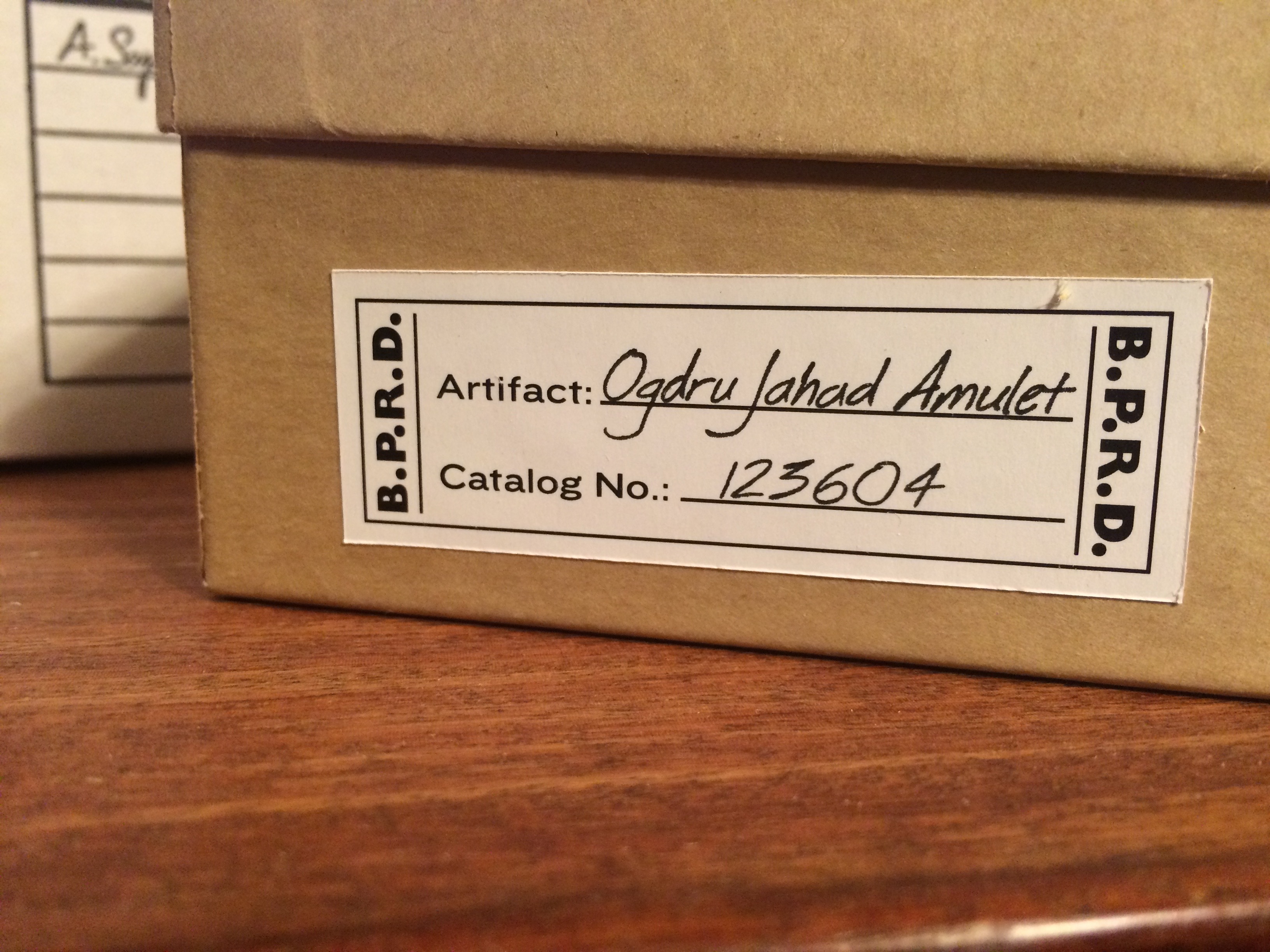 Any item that actually plays with the idea that you’re in that world is OK by me, y’know? They could have just sold the amulet, but the packaging adds a whole new dimension. 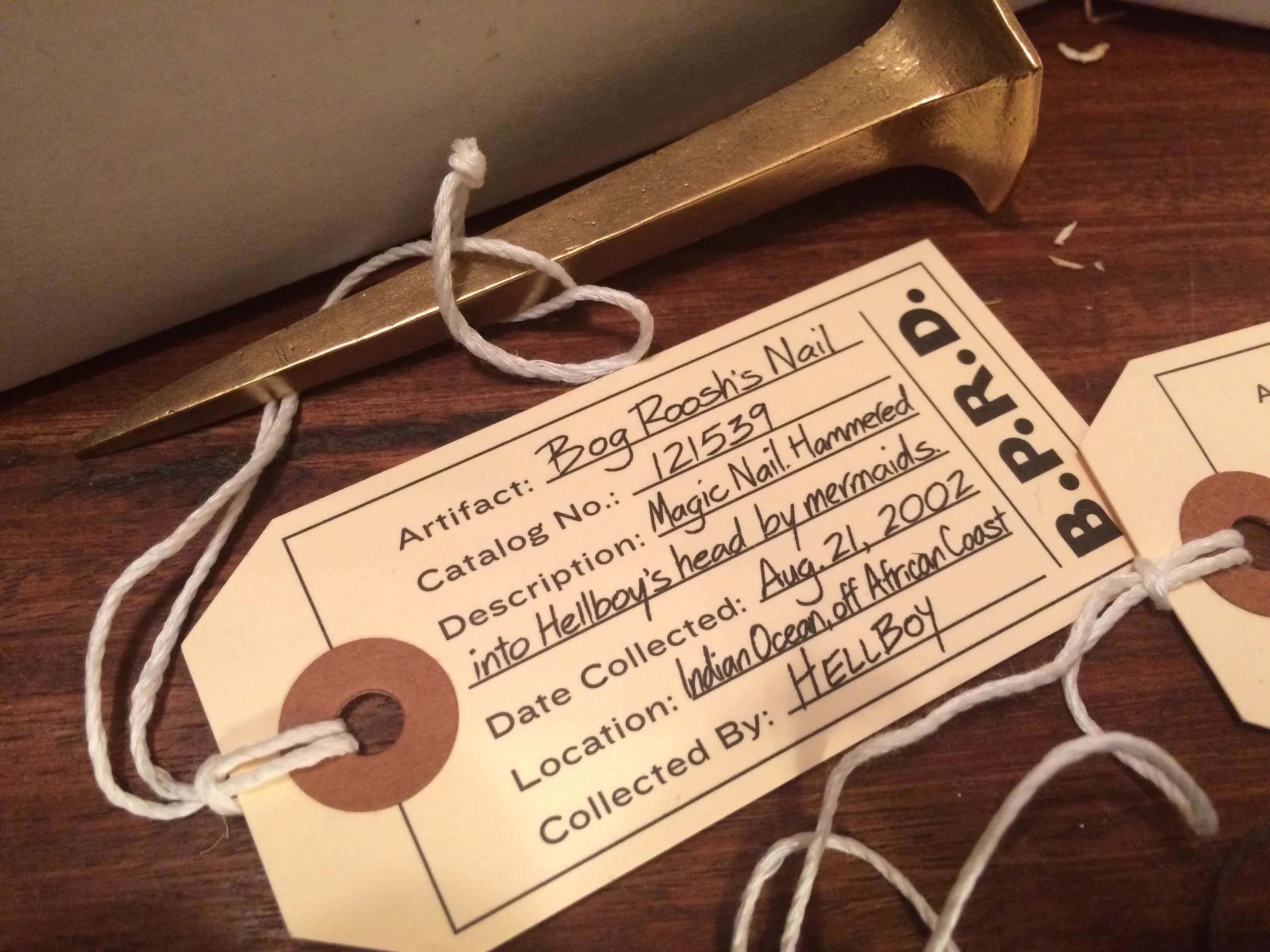 You better be careful with this — because unlike Hellboy, if you jam this into your head, you will not be able to survive underwater. Or anywhere else, most likely. I admit I like the amulet more because it’s more ornate. This is, well, a heavy nail — though it comes with the same kind of faux-archival packaging as the amulet. At $34 each, this is probably more for Hellboy diehards — but then chances are that if you’re reading this, that’s what you are. 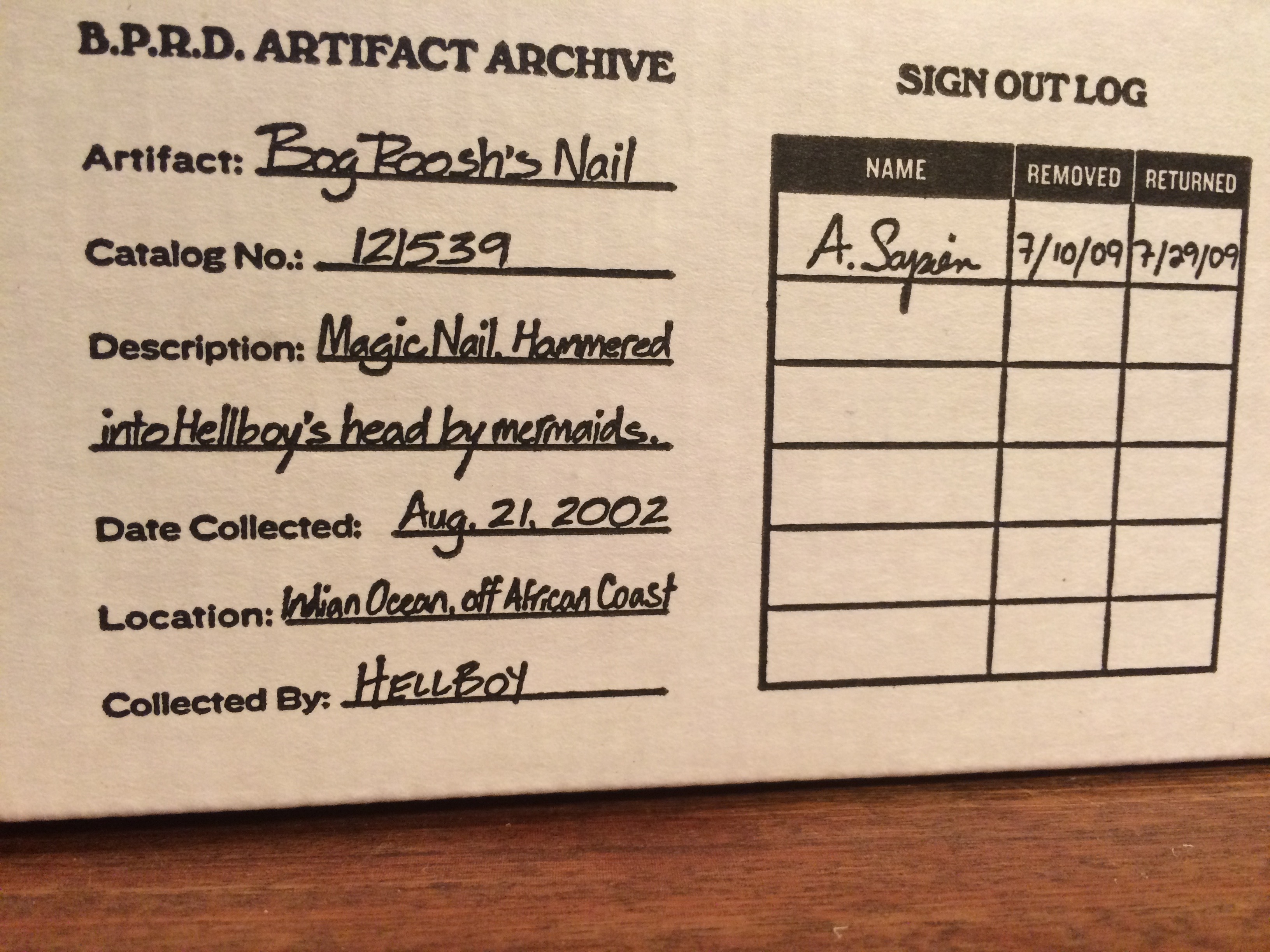 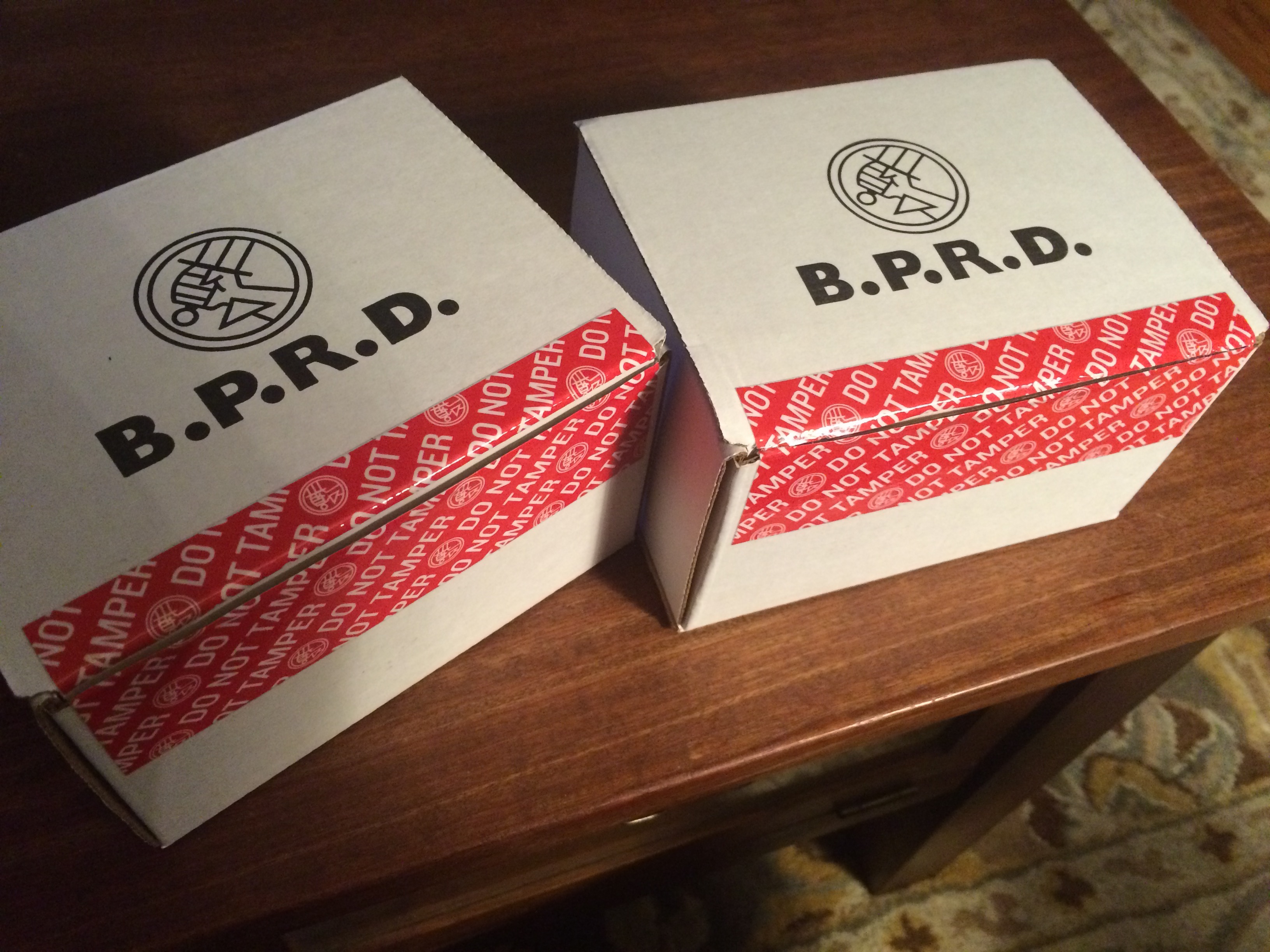 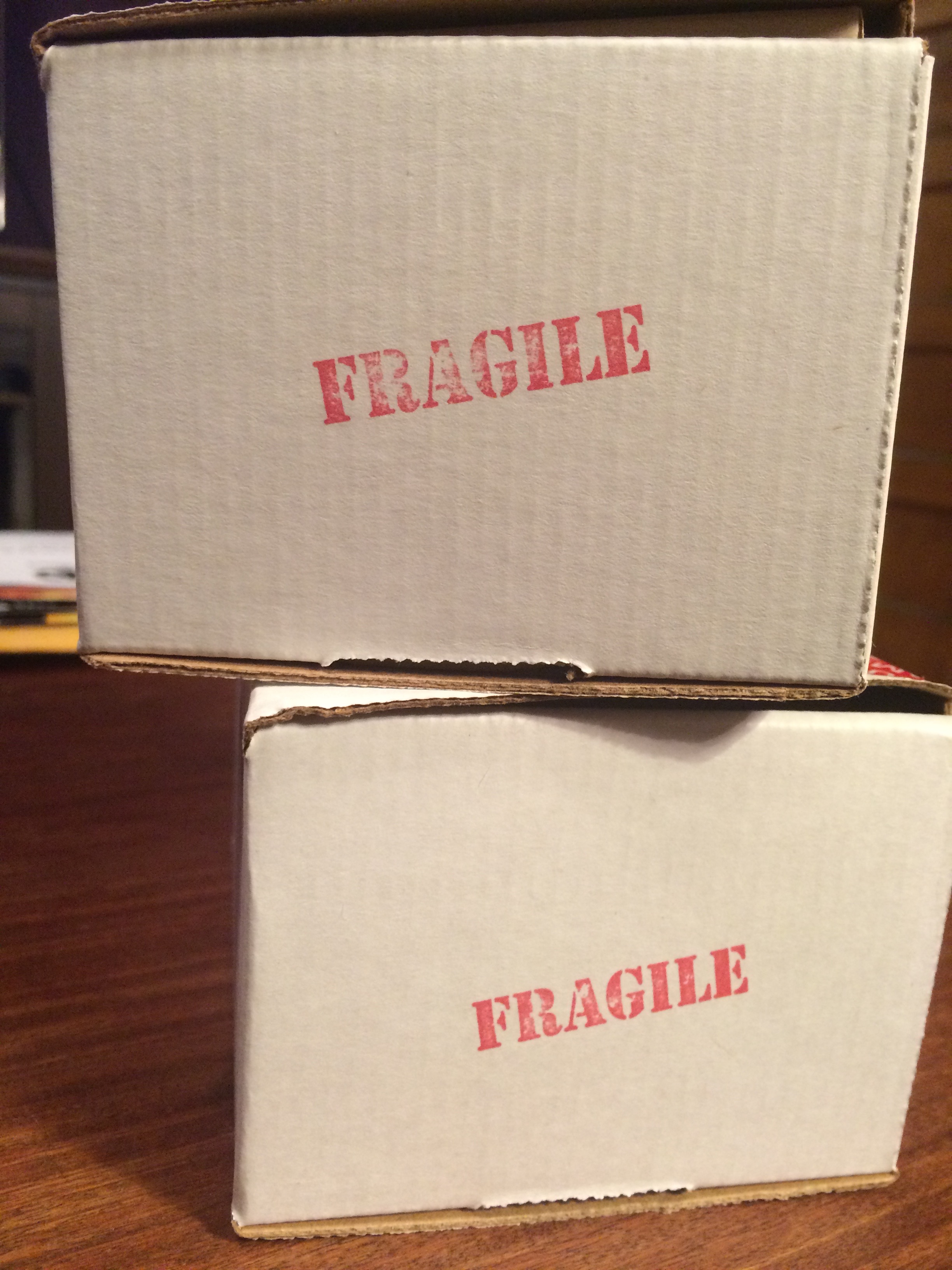 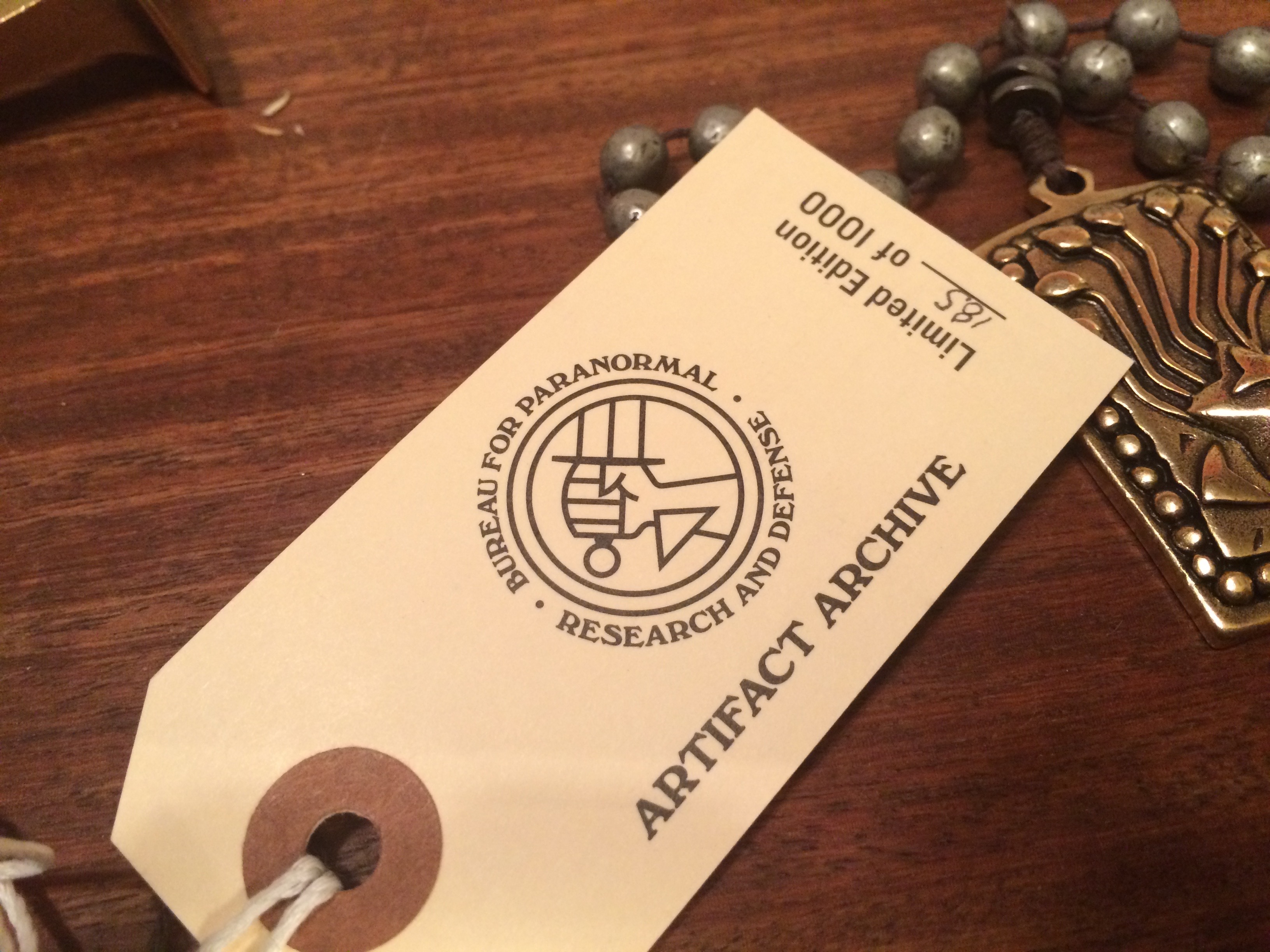