Some of the most magnificent, high-end action figures you’ll ever see…

I’ve known Yaron Steinbuch for almost 25 years. We’ve bonded over Bond, Corgi cars and our mutual love of the cheesy, dulcet tones of Herb Alpert and the Tijuana Brass.

We also both love action figures. The difference is I tend to go small and he tends to go big.

While I do have a number of super-dailed statues and oversize figures, he’s all in on the Hot Toys front — with about 30 figures in his considerable collection. Plus, Yaron’s a photographer, so he takes stunningly realistic pictures, like this: 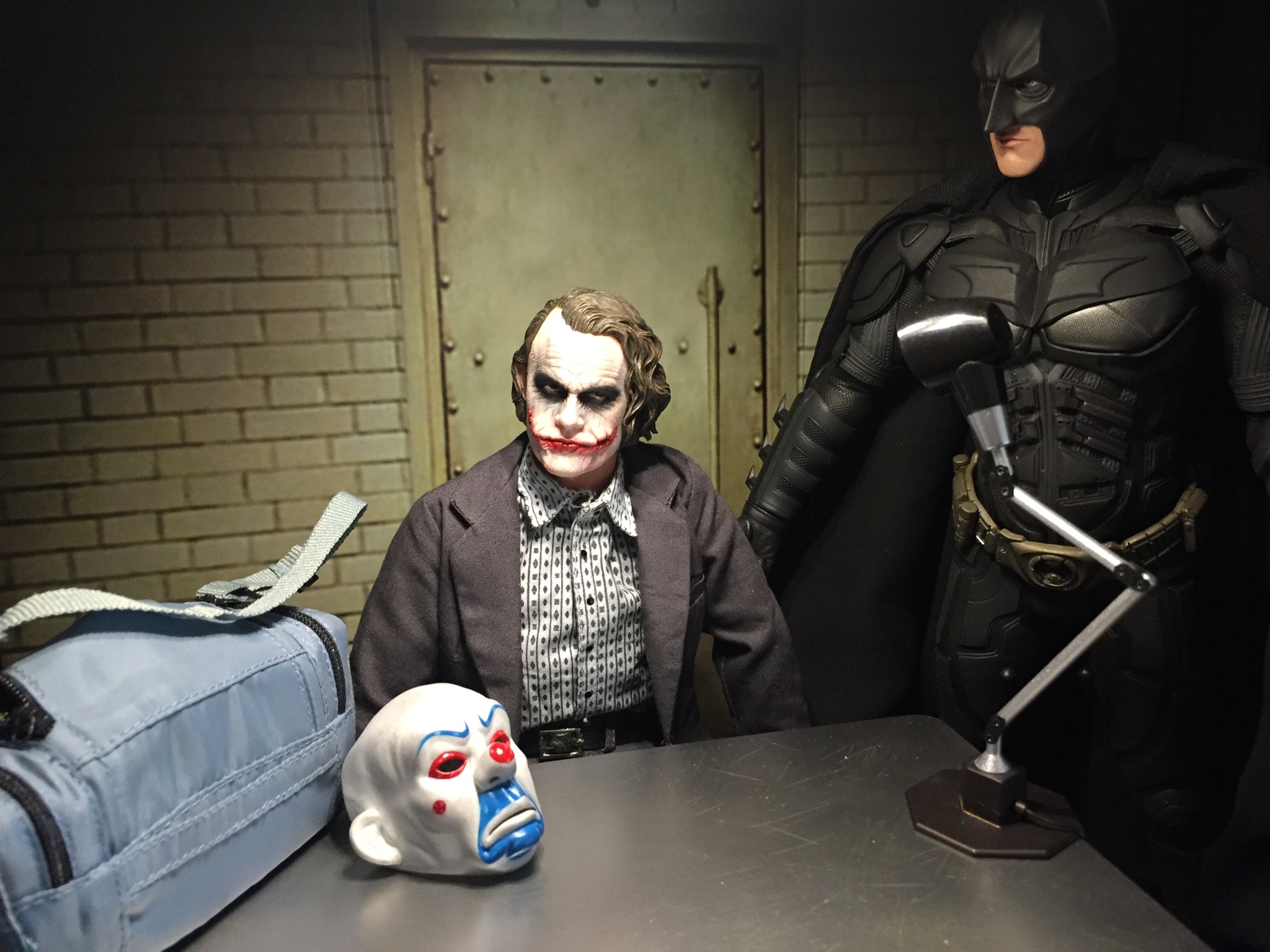 “I don’t have a price breakdown for my 30 figures — mostly because I prefer not to be shocked, though all of my purchases besides the (Back to the Future) Delorean were from eBay,” he told me. “I have a pretty simple buying strategy: Always new, always unopened, always auction (no Buy it Now prices) and from reputable sellers. Many of my purchases have been up to $100 below retail at Sideshow Collectibles.

“I have four display cases, including the popular Detolf by Ikea. I added custom, remote-controlled lighting from various angles. One of the cases has lighting that changes colors automatically.”

And he doesn’t just place them in the case, either.

“Some of the collection includes accessories and dioramas, such as the Dark Knight Joker (bank robber version), which I have sitting at a table with a lamp and an interrogation-room backdrop, along with Lt. Jim Gordon. I bought the table, lamp and backdrop new as separate components taken from a complete set. Separating purchases like this saves a lot of money. I did the same with the Batman Armory, which I bought as a separate unit taken from a set that included Batman and Alfred Pennyworth.

“The backdrop for the Star Wars collection came in a deluxe version of Princess Leia (Episode IV: A New Hope). The sought-after Indiana Jones figure came with its own movie-accurate backdrop, pedestal, fertility idol, etc. And I paired Robocop with the mechanical chair (docking station) with LED lighting.” 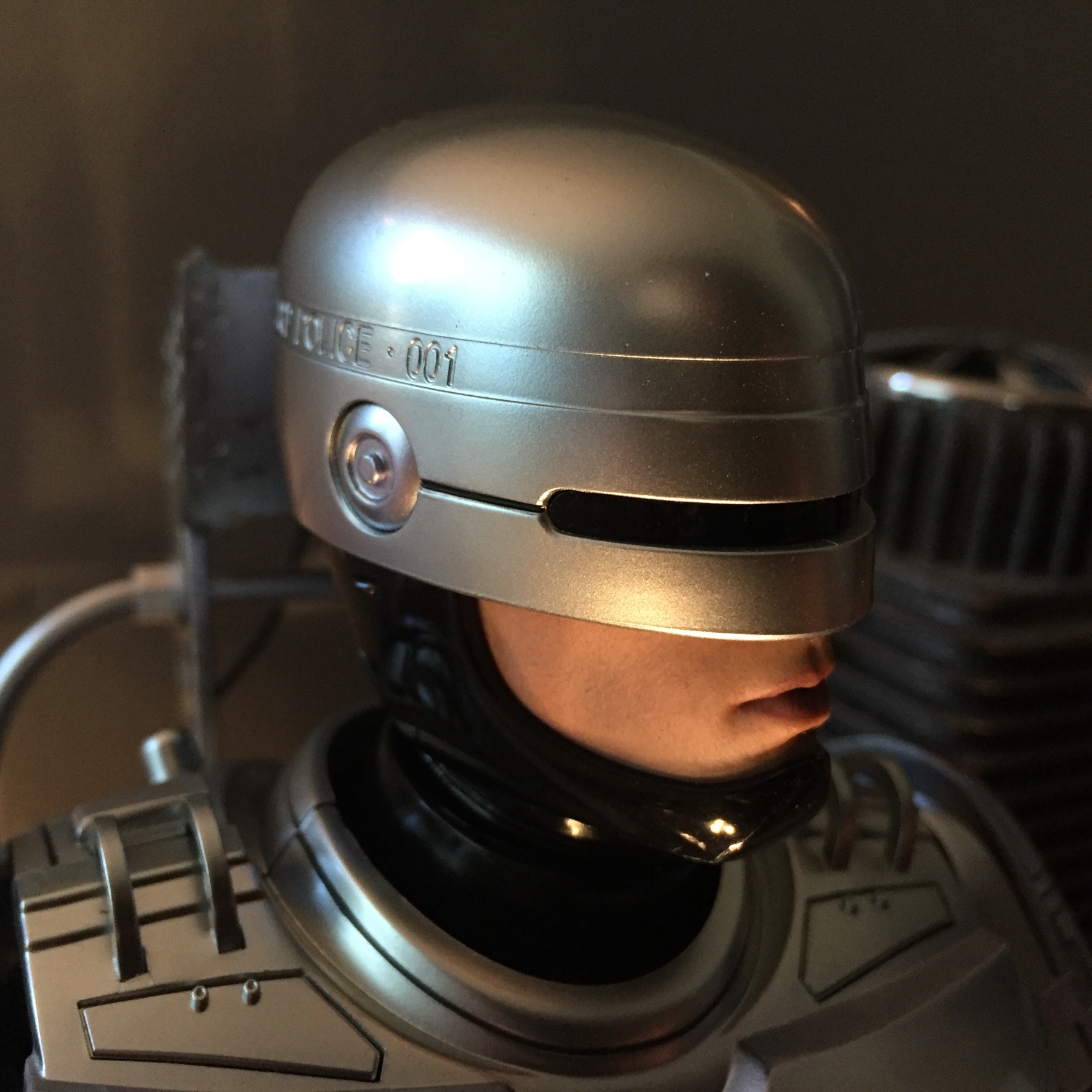 And he’s not done yet.

“High on my wish list is Doc Brown, which is expected to hit the market in about a year,” he said.

And he has a First Avenger version of Captain America on the way.

Since we count in increments of 13 around here, I’ve picked my favorite 13 photos from Yaron’s collection.

Feast your eyes on these: 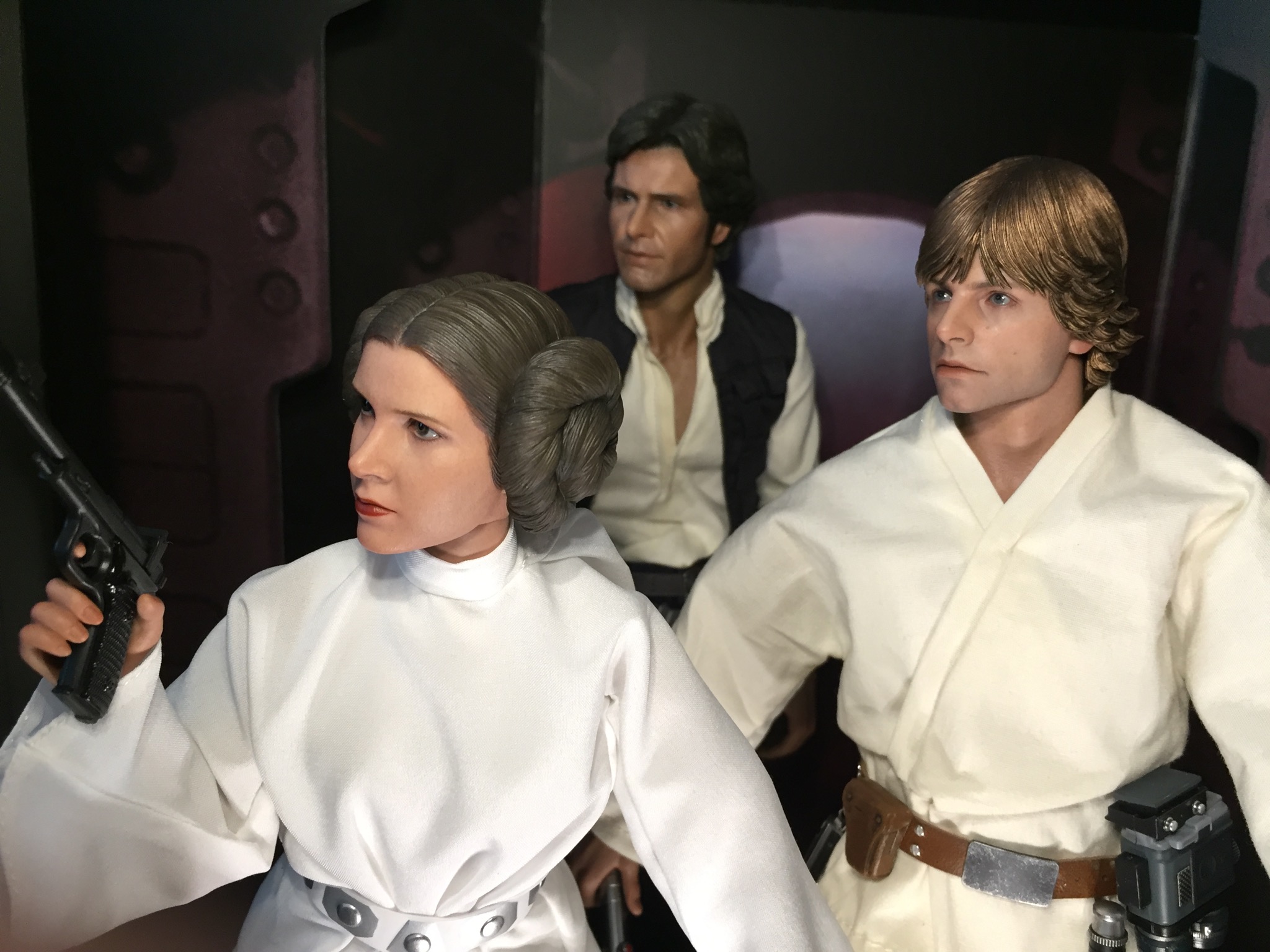 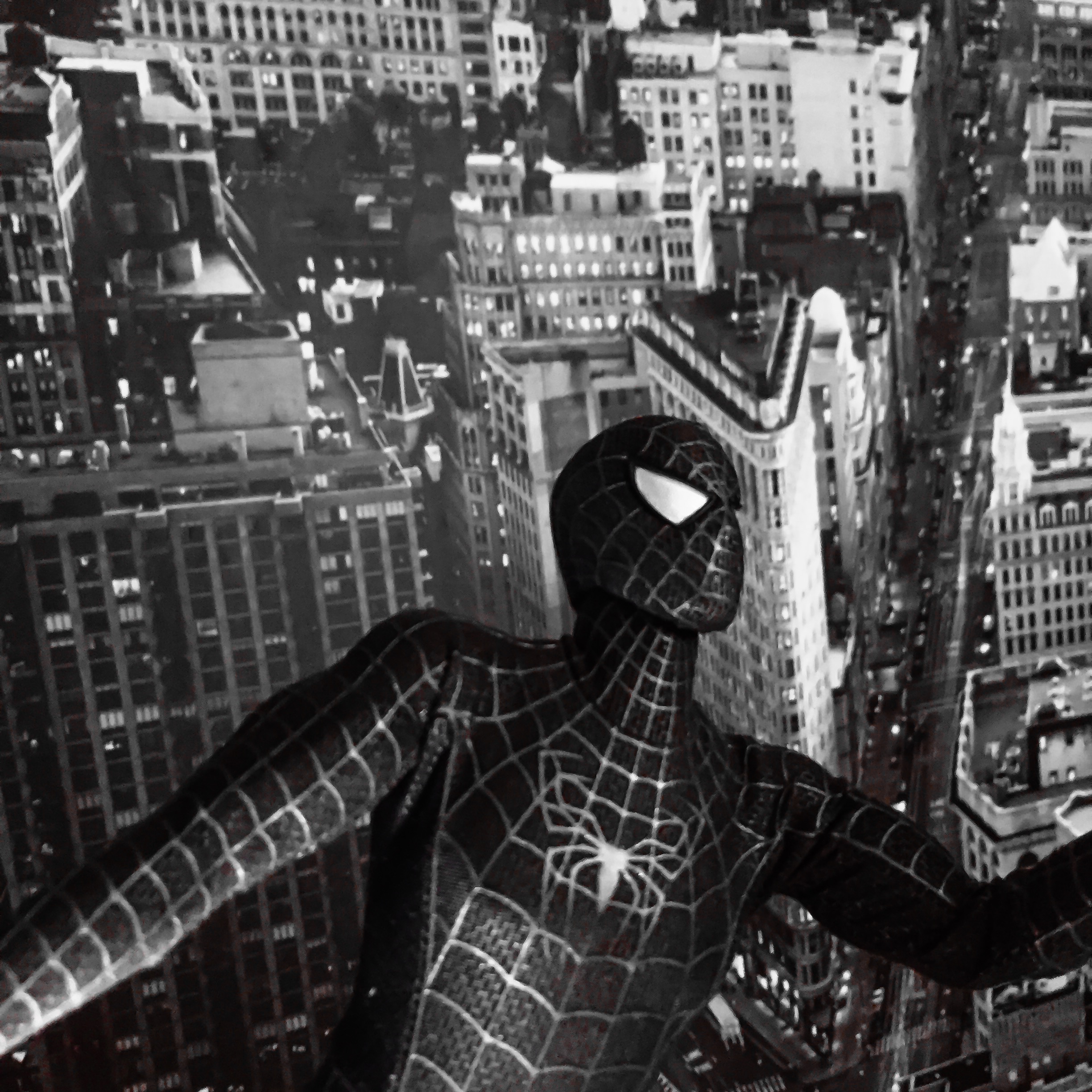 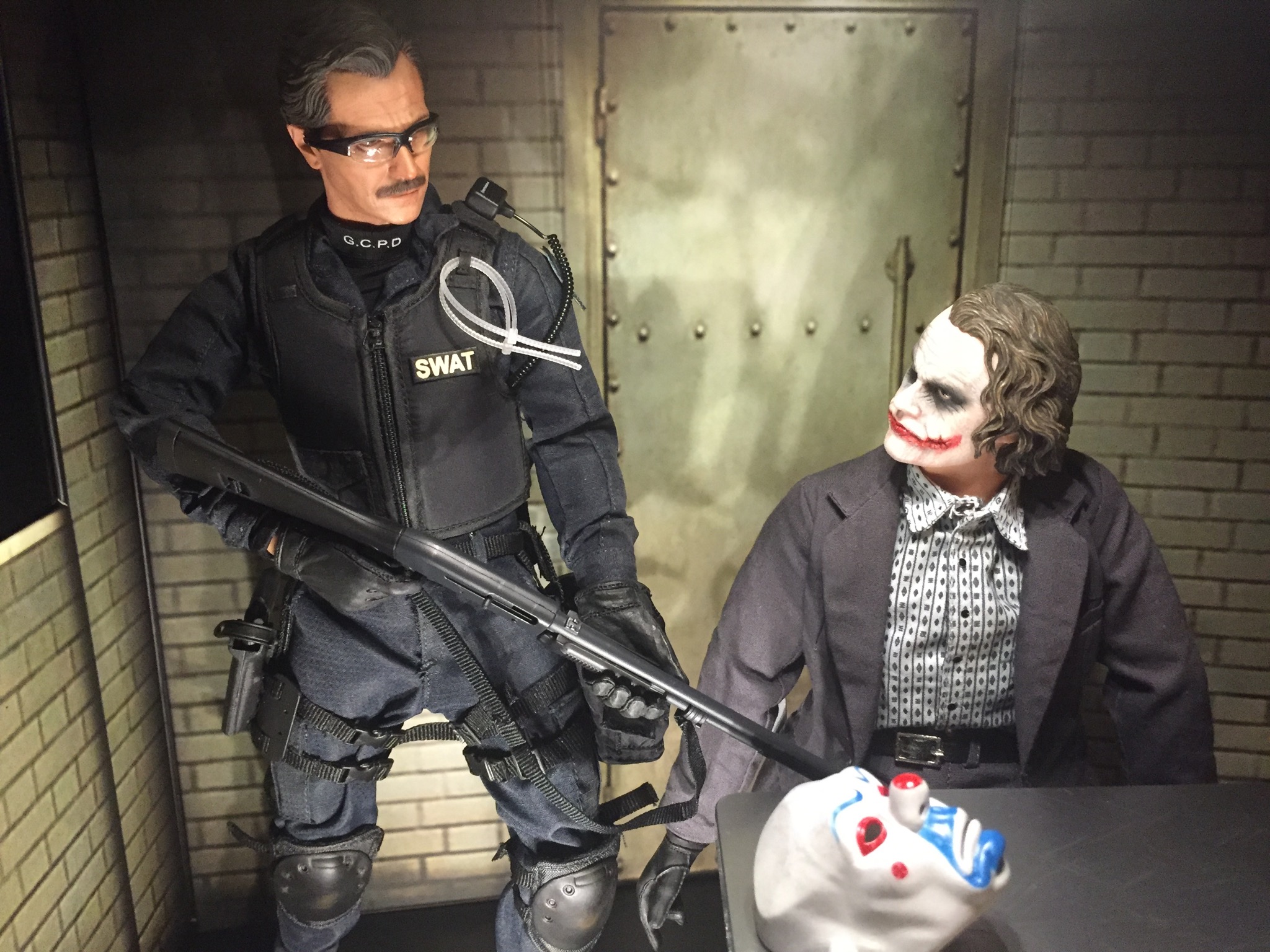 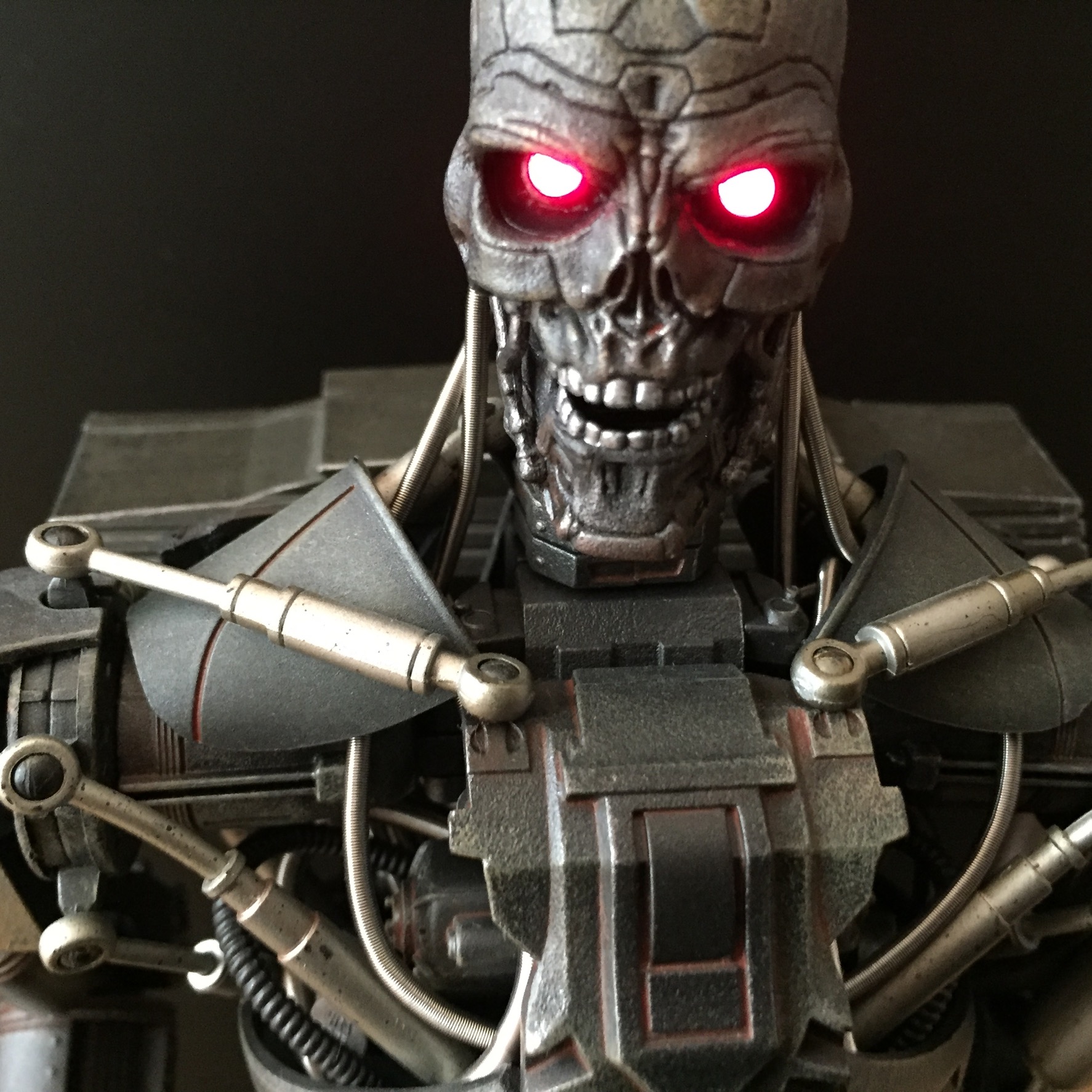 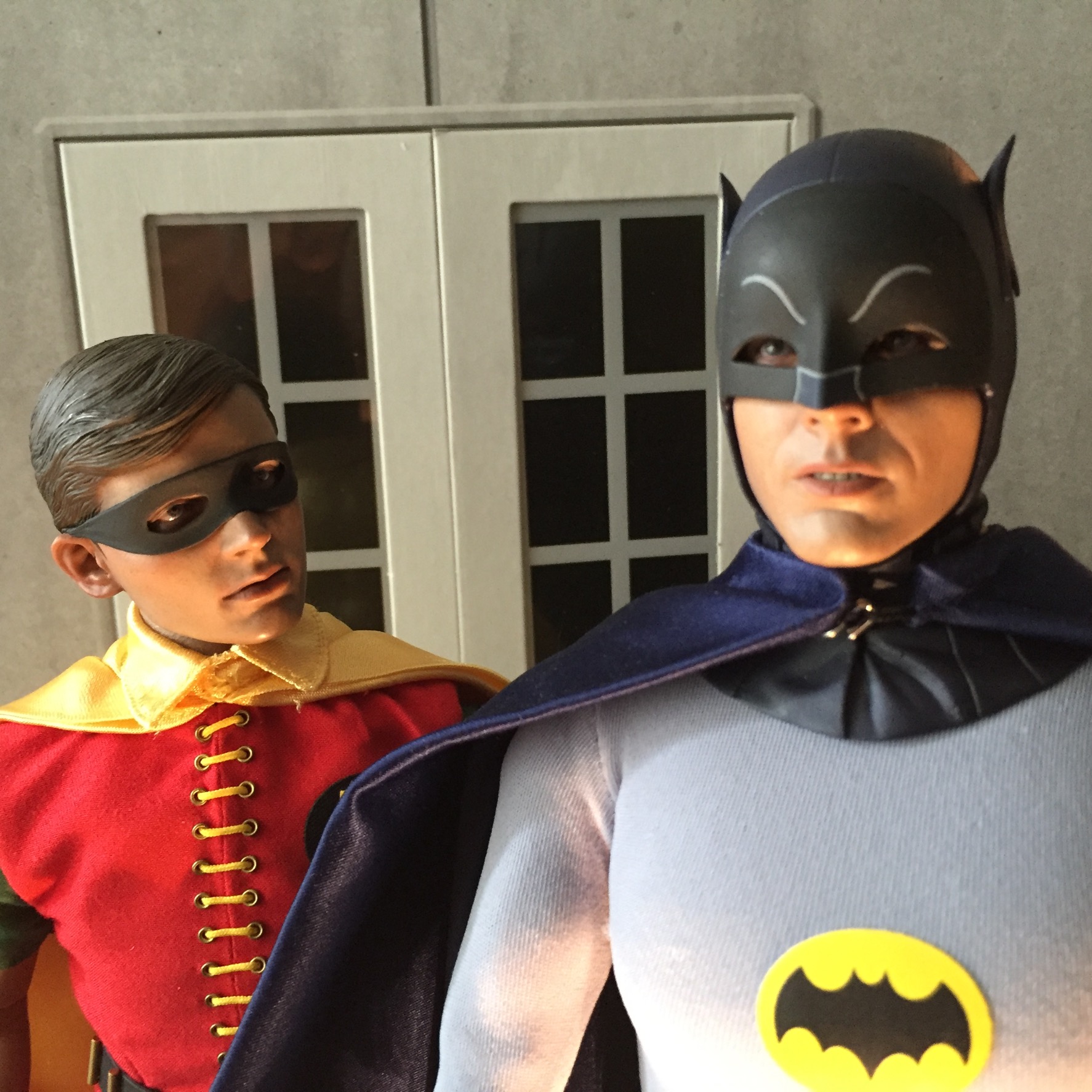 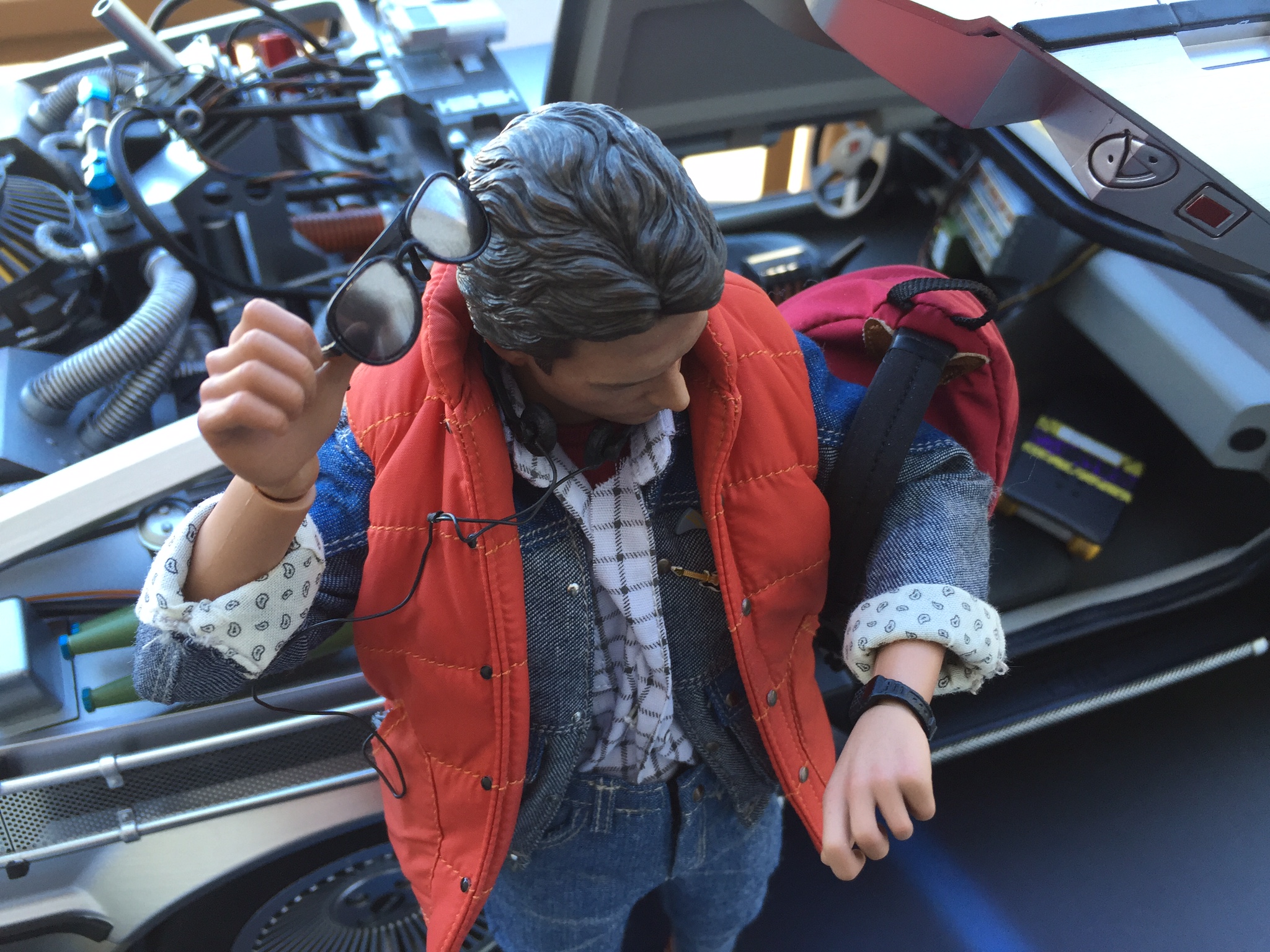 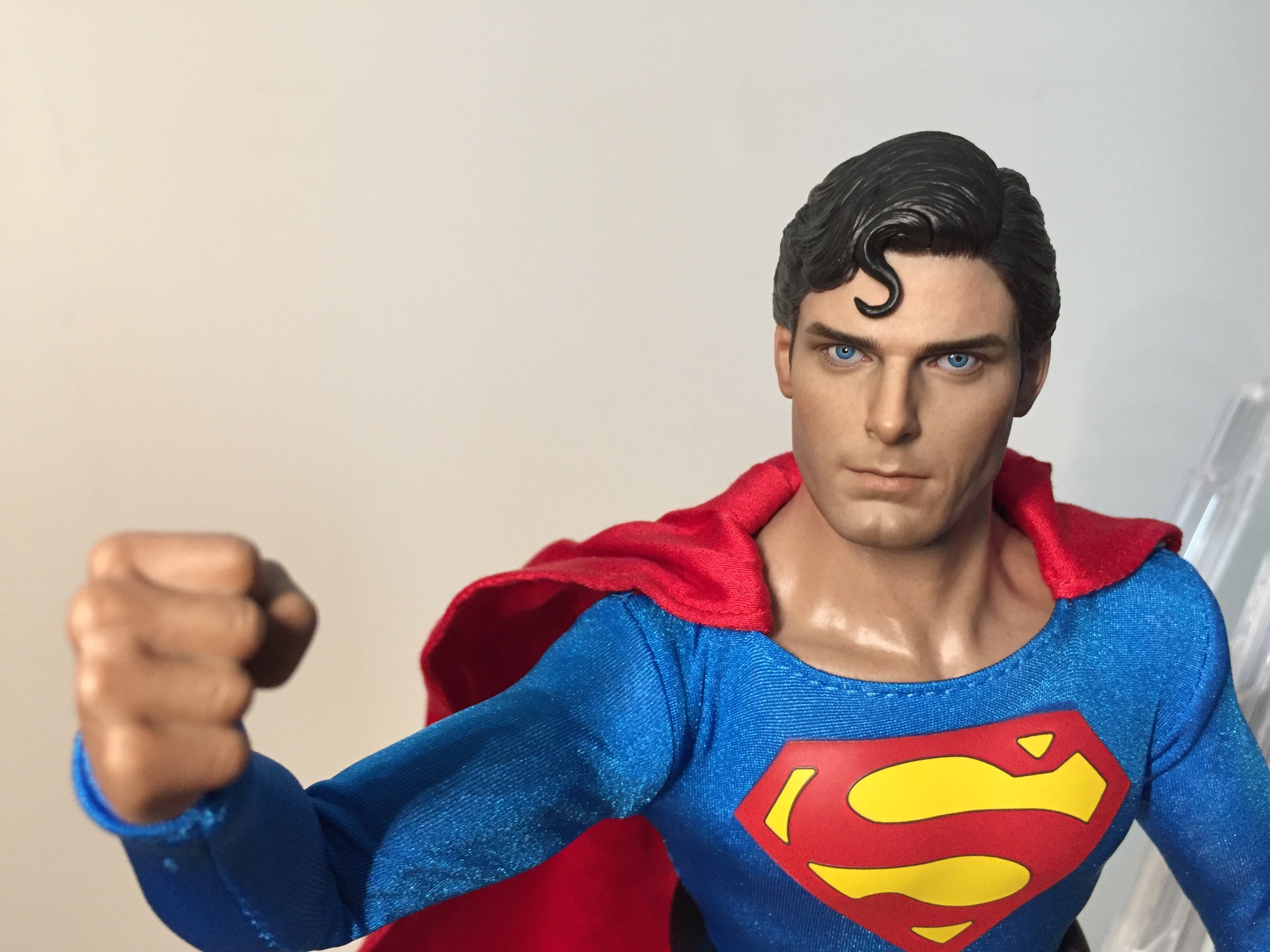 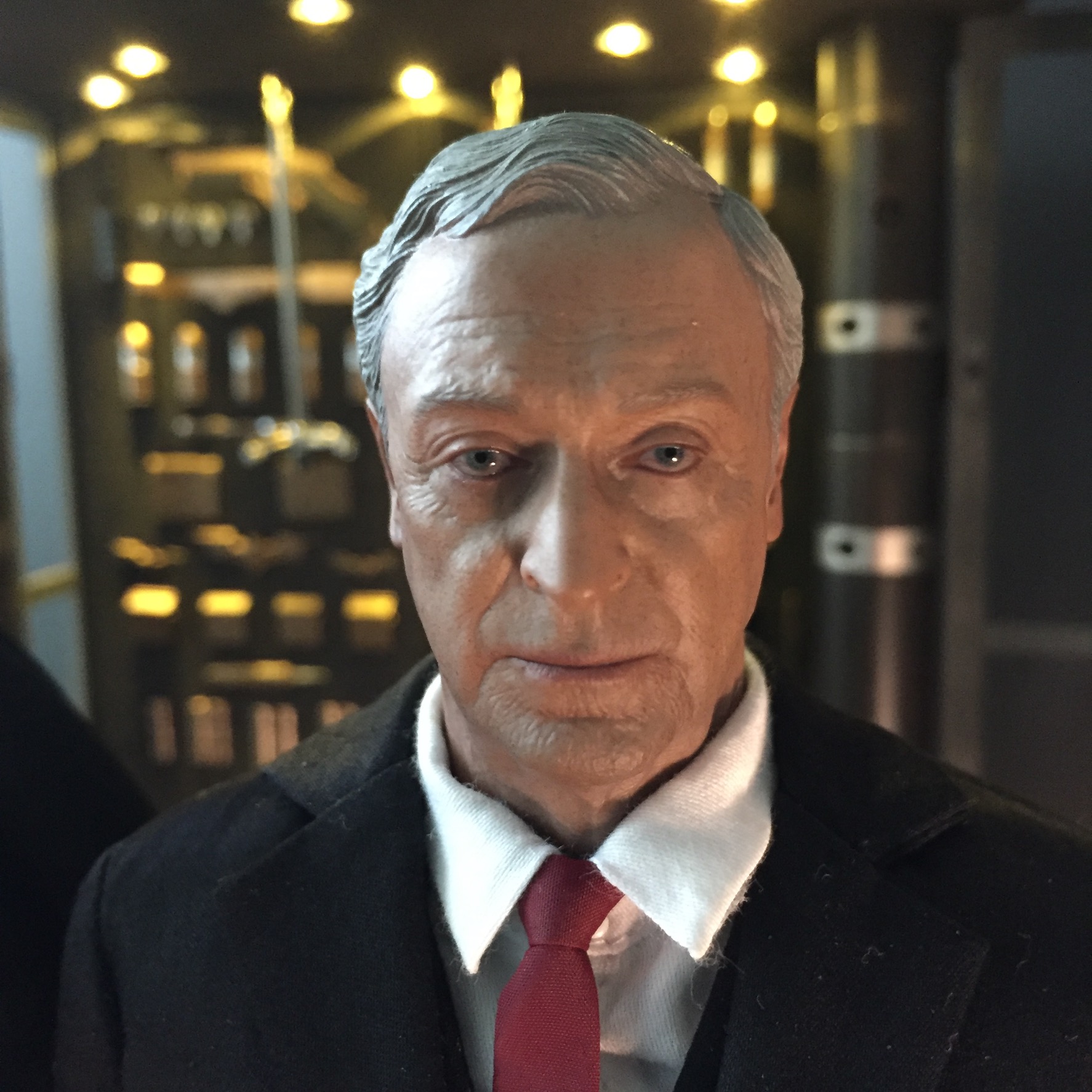 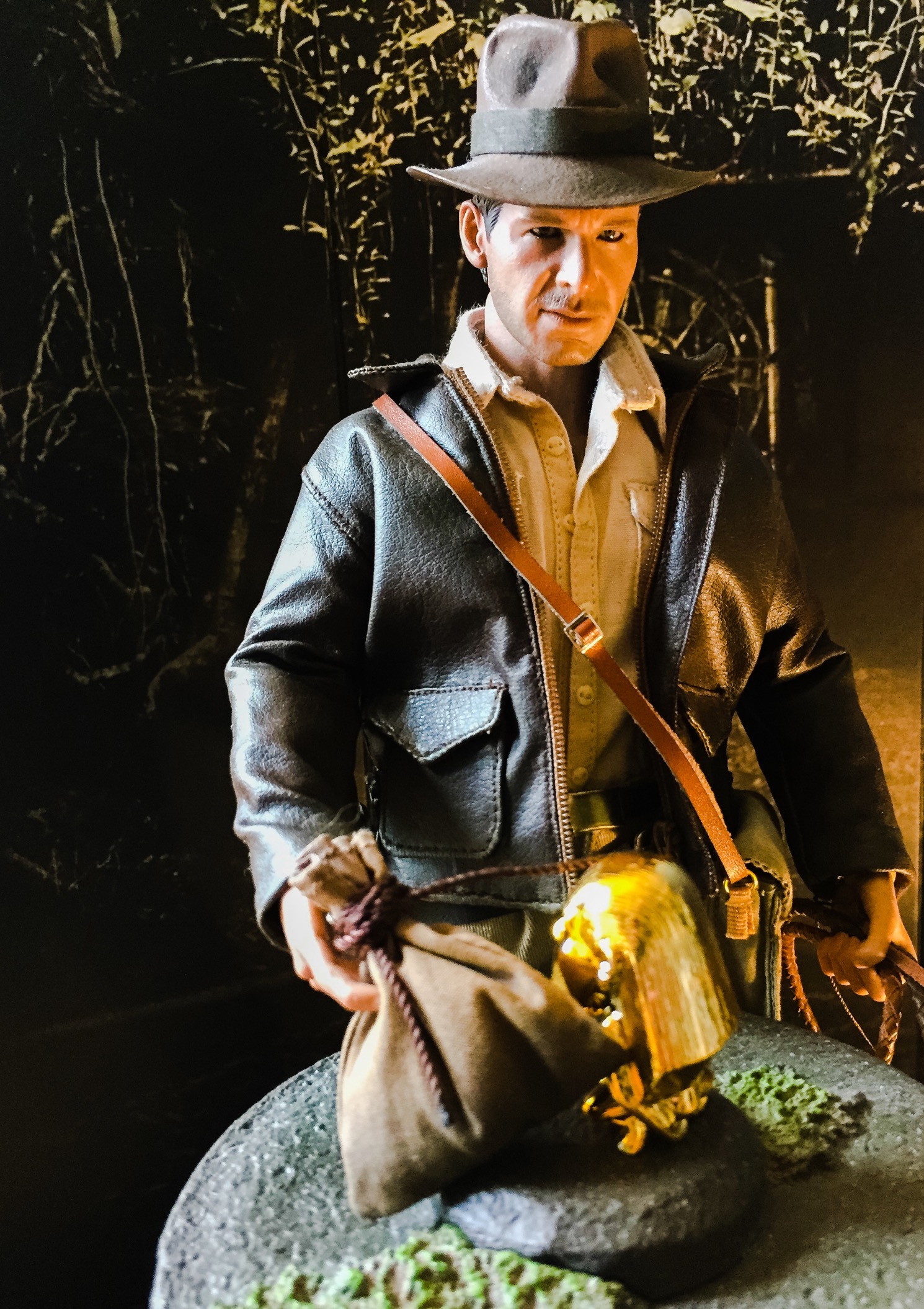