INSIDE LOOK: The New DREADSTAR Guidebook

EXCLUSIVE: A peek inside the companion volume to Jim Starlin’s Dreadstar Returns… 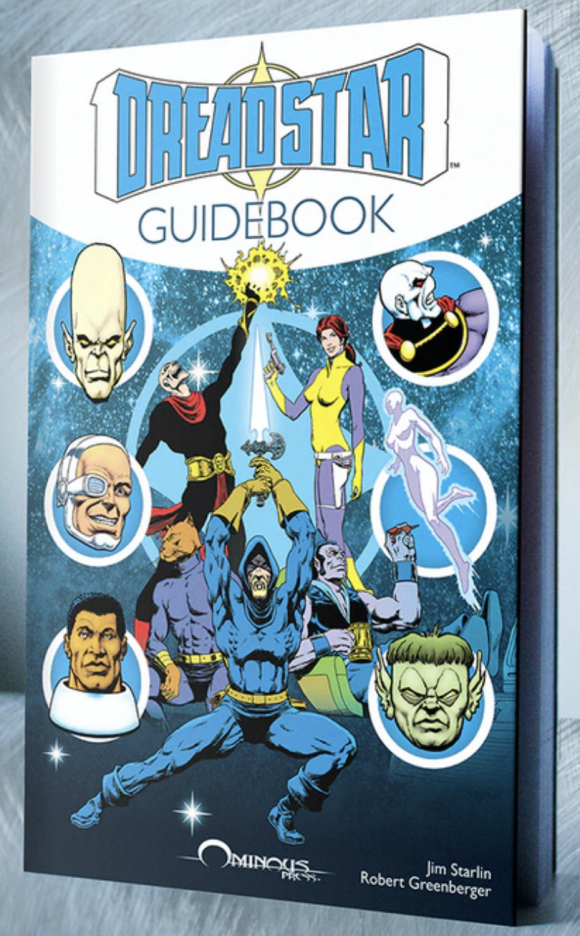 Jim Starlin’s return to drawing with Dreadstar Returns has been getting a lot of attention, with a Kickstarter that as of this writing is closing in on three times the original $28,000 funding goal.

Well, just as we’ve been able to show off 13 PAGES from the project (click here), now we can give you an EXCLUSIVE INSIDE LOOK at the Guidebook, with Bob as our tour guide.

Oh, and don’t forget, there’s still nearly three weeks left in the Ominous Press/Creation.INK campaign, which is filled with all sorts of fancy packages and whatnot. (Click here to get in while the getting’s good.) 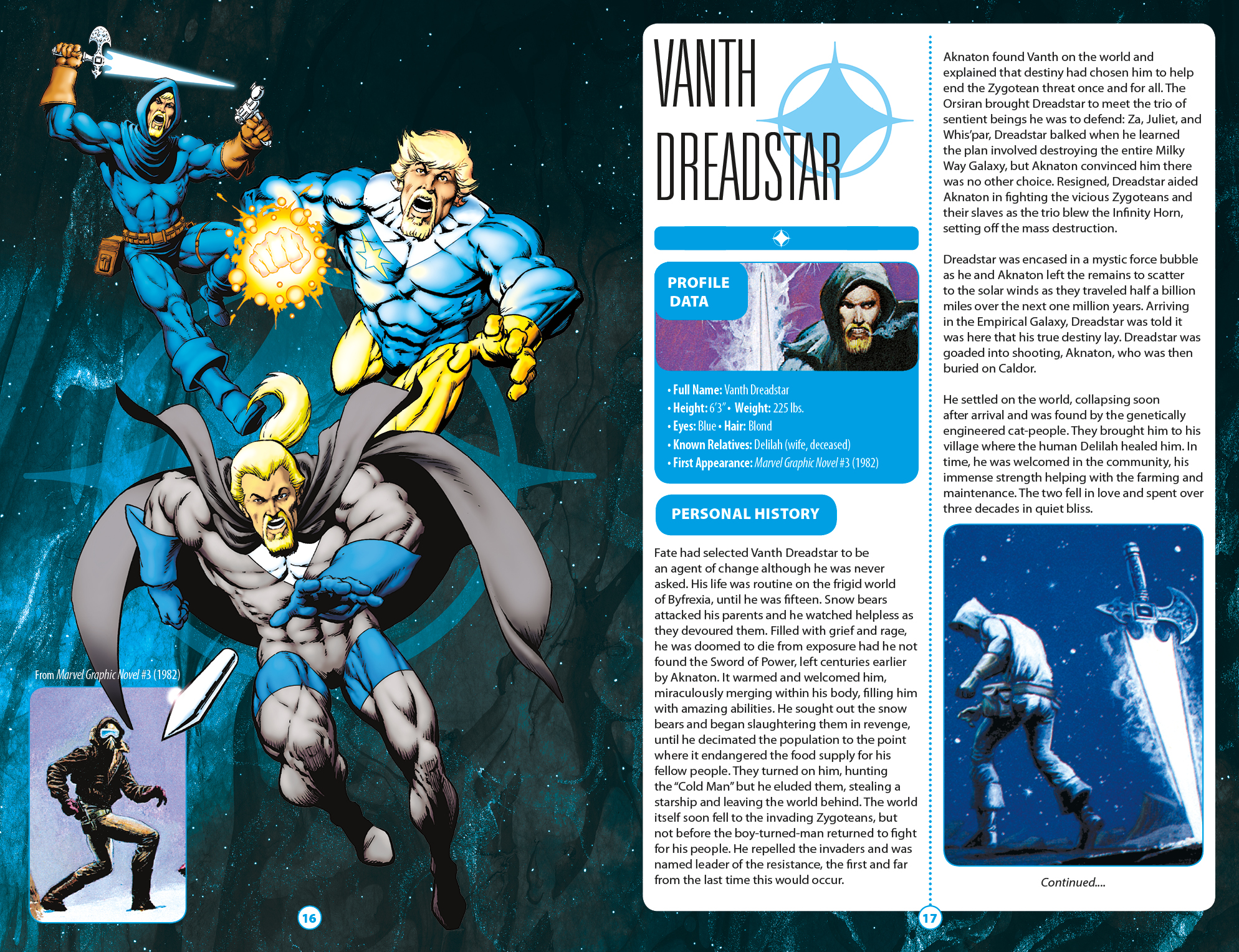 Bob Greenberger: I read the entire Epic/Eclipse/Epic/First/Bravura run when it was all released (starting in the ’80s), so I was a fan of Jim and his world. Additionally, while editing Comics Scene, (Marvel’s) Jim Shooter took me and Jim to lunch, giving me the scoop on their creator-owned contract which brought Jim back into the fold. The deal allowed him to produce first The Death of Captain Marvel and then his Dreadstar graphic novel before the Epic Comics series followed. 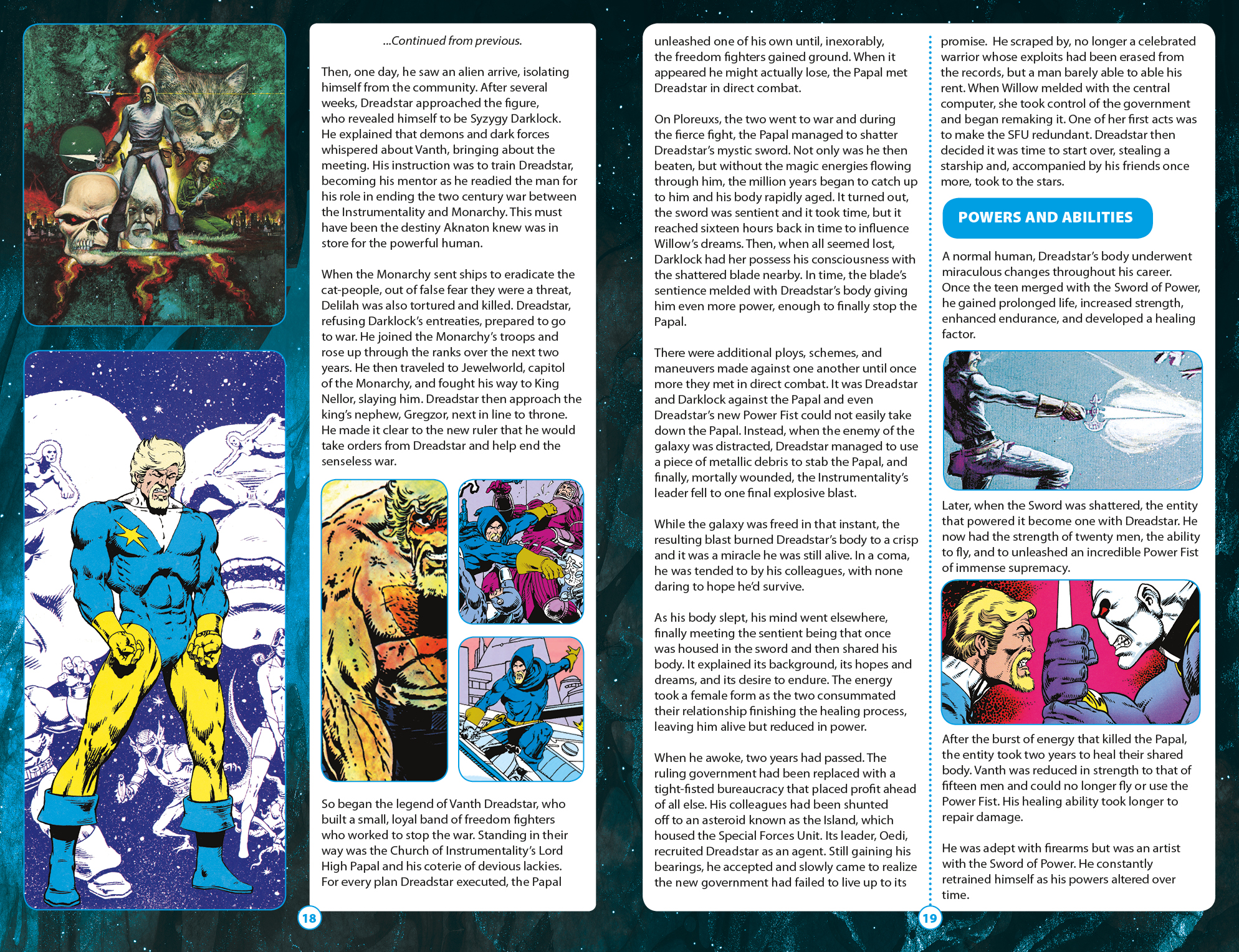 Dan: How did you get involved in this project to begin with?

Bob: Ron and Ominous Press have a great working relationship with Jim and as the Kickstarter campaign for the three-volume omnibus got under way, Ron cryptically said he had a project for me in mind. That was mid-2019 and I kept waiting to see what he had in mind. Earlier this year, he finally told me about a new campaign and one element would be the Guidebook with me writing a Who’s Who-style section on all the Starlin-written issues. It wasn’t until I was researching that I learned the other component was a brand-new graphic novel. 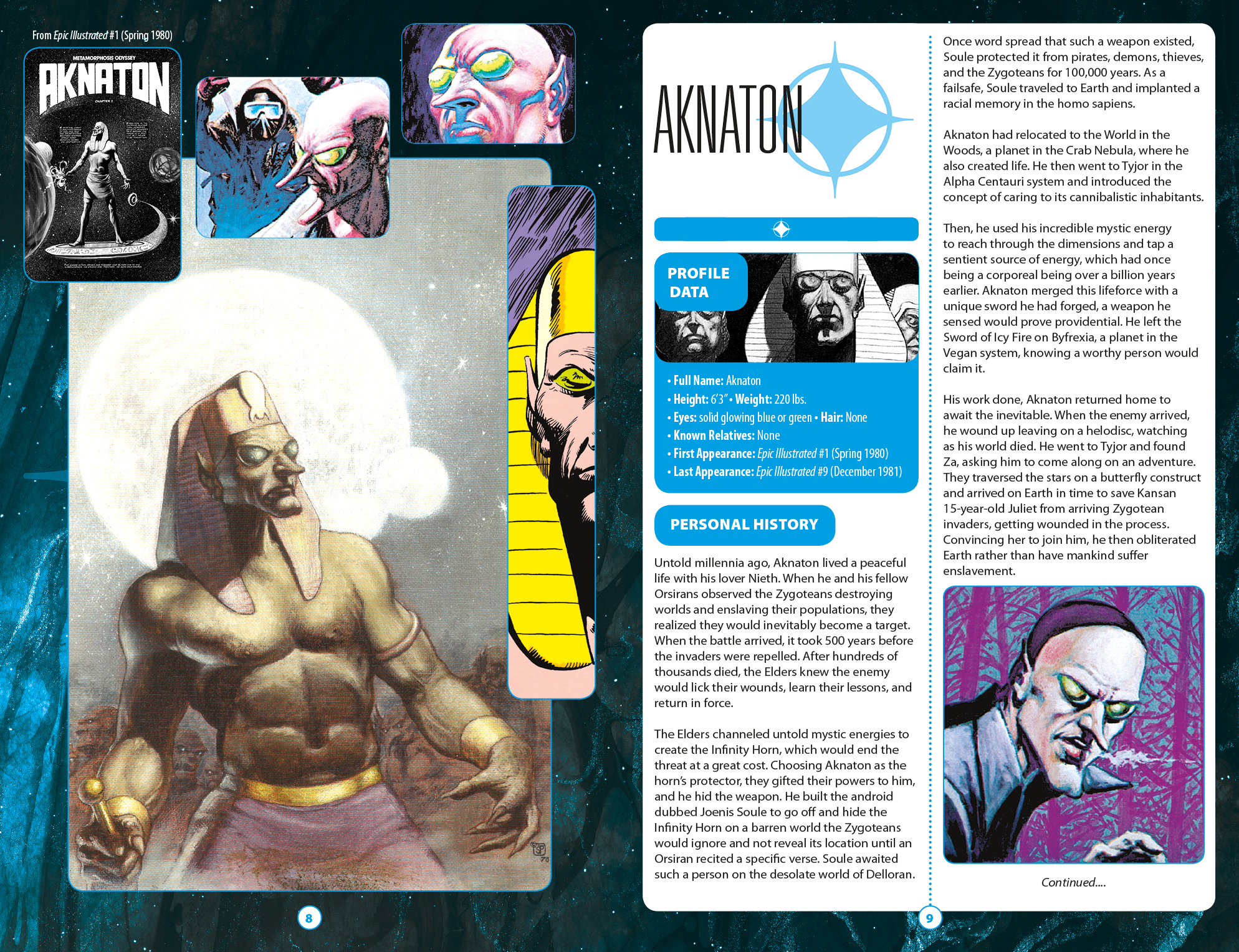 Dan: You were involved with the original DC Who’s Who. You’ve also written a lot of books that spotlight various comics characters. How did you prepare for putting together the Guidebook?

Bob: The DC Comics-related material is a lot easier to work with in that I have been reading them for the last 55 years, editing them and writing about them for most of my adult life. You tell me you want the 100 Greatest Moments of the Legion of Substitute Heroes, ideas immediately bubble up before I have to reread a single story. Something like Dreadstar, though, meant rereading all the material in the three omnibuses for the first time in 30 years. There are no Wiki pages for these guys to consult, no brain trust to tap for guidance, so it was just me and the printed material. I read through them, I went back through them and began taking detailed notes. Then I got to work, writing the entries during my spring break from being a high school English teacher. A week after submitting the manuscript to EIC Ron Marz, the campaign kicked off. 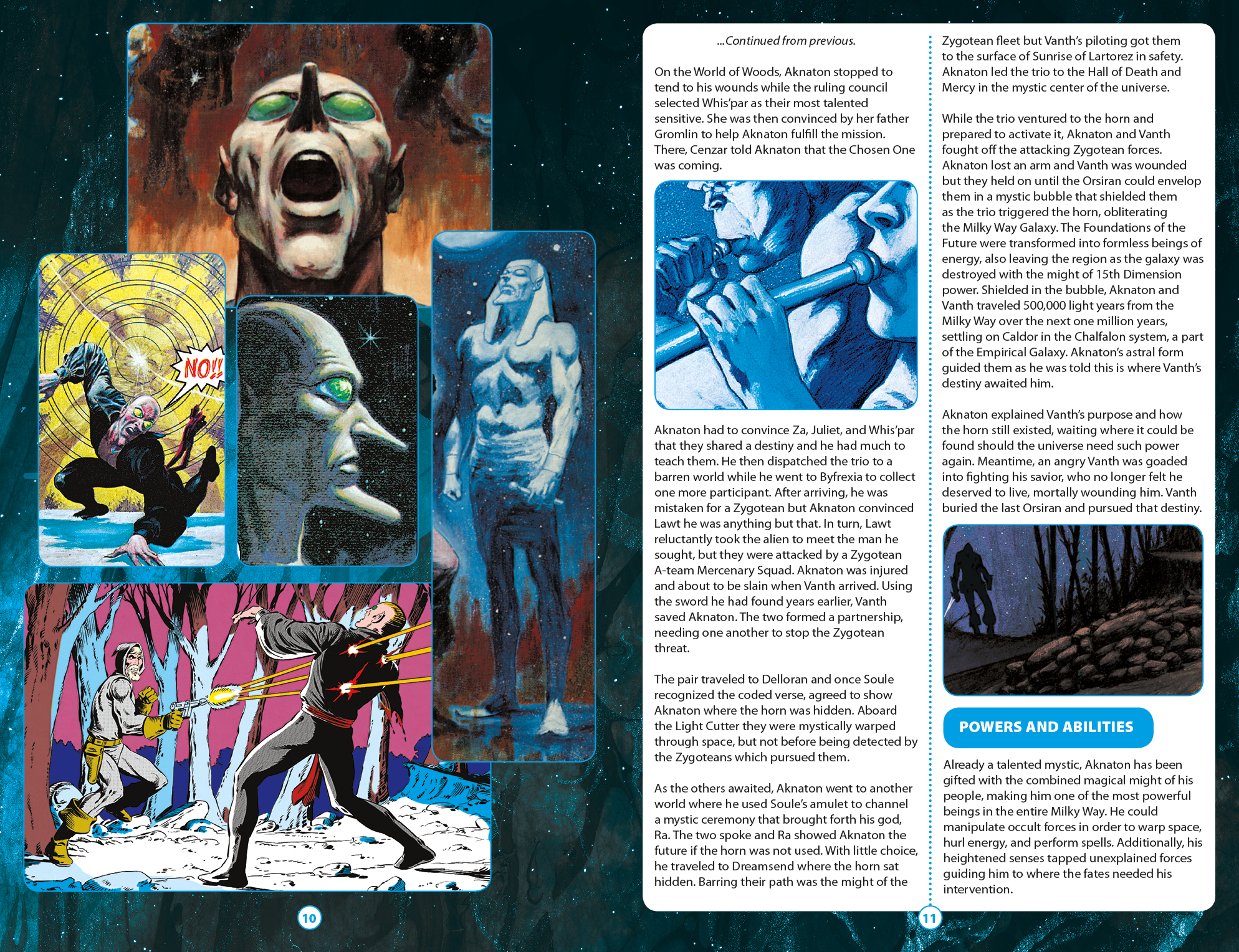 Dan: How have you been collaborating with Jim?

Bob: I have known Jim for close to 40 years and we get along whenever we’re together but I haven’t spoken to him directly in about two years. He’s been busy with the new material so he relayed one nugget to me through Ron and as far as I know, he’ll first look at my work in the design stage. I hope so, since I had to guess about heights and weights based on his art. 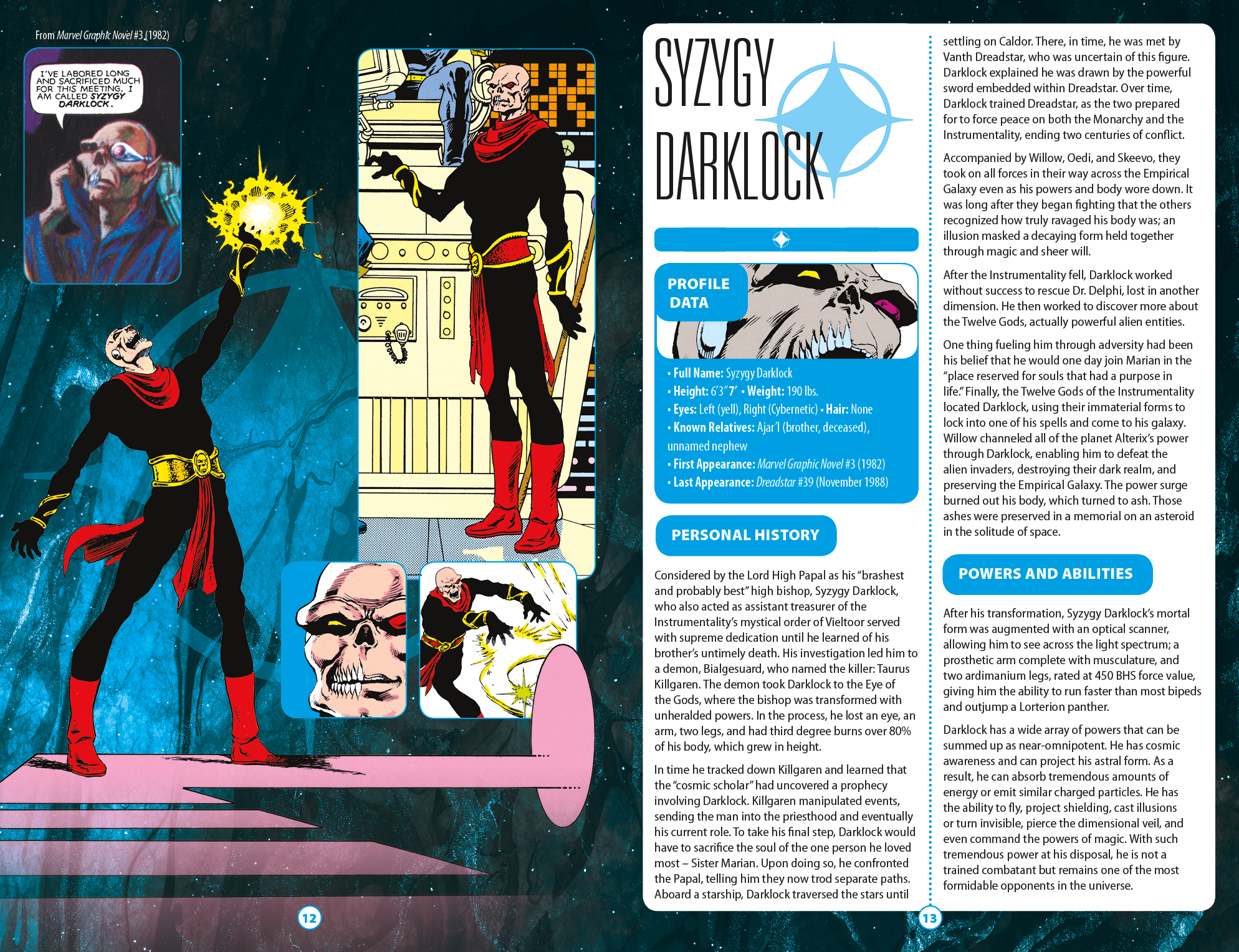 Dan: What do you think will surprise readers the most about the Guidebook — and Dreadstar Returns itself?

Bob: One thing that surprised me as a reader going back to this for the first time in decades is how tightly interwoven everything was. It made it very easy to connect character dots and craft a working timeline, which will be a part of the Guidebook. I think readers will also come to appreciate what a rich universe Jim created with plenty of nooks and crannies to explore for additional tales.

— Inside BLACK BOOK: THE ART OF JIM STARLIN. Click here.