This month begins a new series The Indie Corner, will be a spotlight on three independent books and the people who create them.

I knew Dave Ryan had been working on a very different project called Owl Girls. He told me about how he got involved with an illustrator from Italy quite by accident.

“I had been unacquainted Facebook friends with Rachele Aragno, an artist from Italy when one day she started “liking” some of my posted artwork. At the time she had a cute illustration as a profile picture so I looked through her artwork folders. Her comic work was derivative of Mike Mignola but her illustration work had a great European whimsical feel to it that I loved. She had another folder called Owlgrils. There were a few drawings of these three females with the heads of owls. We began to discuss things and over a year developed the characters into what they have become today.

I felt we were ready to commence with a comic book series. I contacted Robert Sodaro and asked him if he would be interested in writing the series and gave him a premise to work from. Rob wrote a great introductory issue without delving too far into their past, which will come at another time so we began the art process. Since Rachele had a limited comic book background We begin a page with me doing a detailed breakdown. I email it to her and she redraws it in her style. It’s a slow process but I think the artwork is as unique as the characters themselves. I edit the book as well as add graphics such as actual wallpaper art from the 1940’s. I colorize the pages into a green grey which adds a certain aged look to the story. We funded the first book through Kickstarter with approximately 70% of our pledges being women.”

Cruzader is like Nick Fury meets a Dan Brown novel, full of plenty of classic comic book action but imagine the Vatican is S.H.I.E.L.D., sort of. The Maulin’ Monk battles aliens, demons, zombies,  and anything or anyone else who gets in his way. 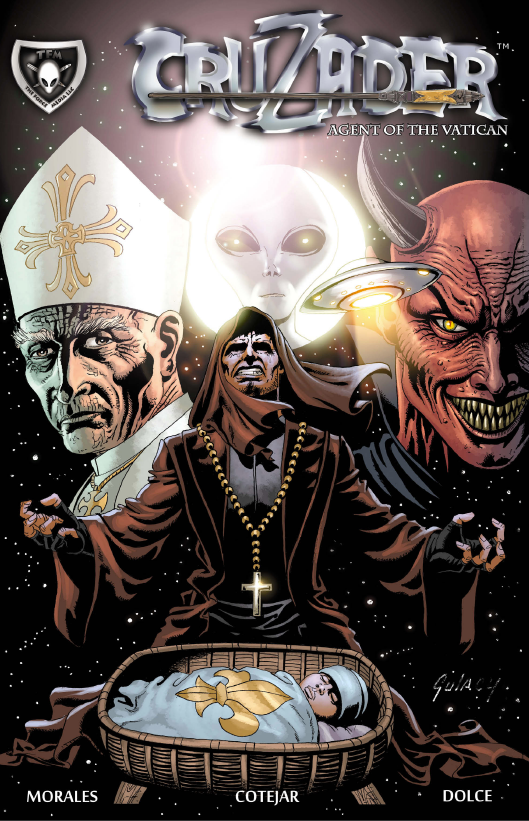 Skuds told 13th Dimension about his new book:”Rumble Moon 1 is a new series of short science fiction mixed with slice of life stories set in my own universe of strange weirdness. The first book deals with sex, mech fights and finding vinyl in old abandoned cities.” 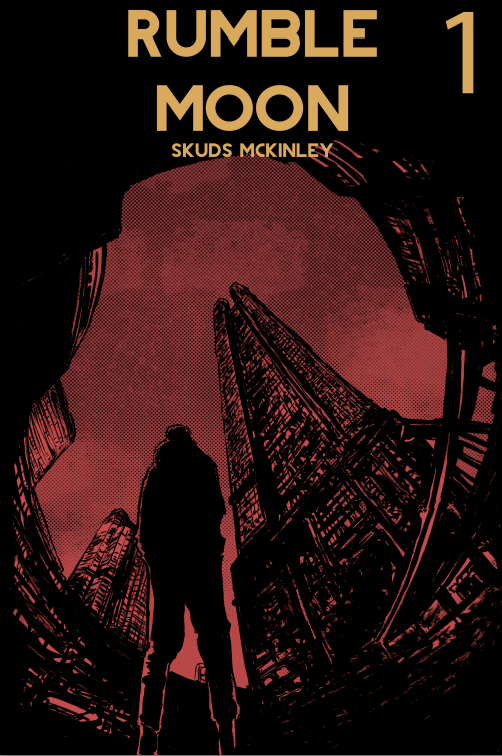 He continued about how the book came about: “A lot of improv, no scripts, just taking ideas in my head and stretching them as far as I could. I always panic when it comes to comic structure and pacing a story so I really tried to just let go and see what happens. I took it page by page.”

More Skuds McKinley over at www.skudsink.com