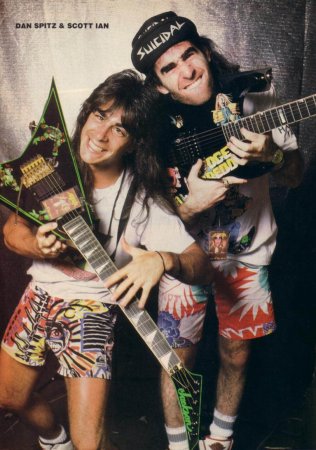 A lot of companies have jumped on the comic book bandwagon and have churned out models to coincide with the release of popular movies and TV shows. There’s even a line of classic Marvel character guitars:

Peavey Guardians of the Galaxy 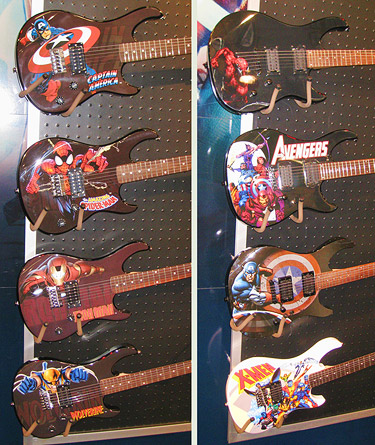 Now, those are fine for the hardcore comic fan/budding guitarist, but what about us serious gear heads who want to up the ante? Those of us who want more than an entry-level guitar with a skin slapped on it. Scratch builders of the world, unite! Most of these are one-of-a-kind custom builds (and a few limited editions), so crank your amps up to 11 and feast your eyes on the rockin’ beauties! 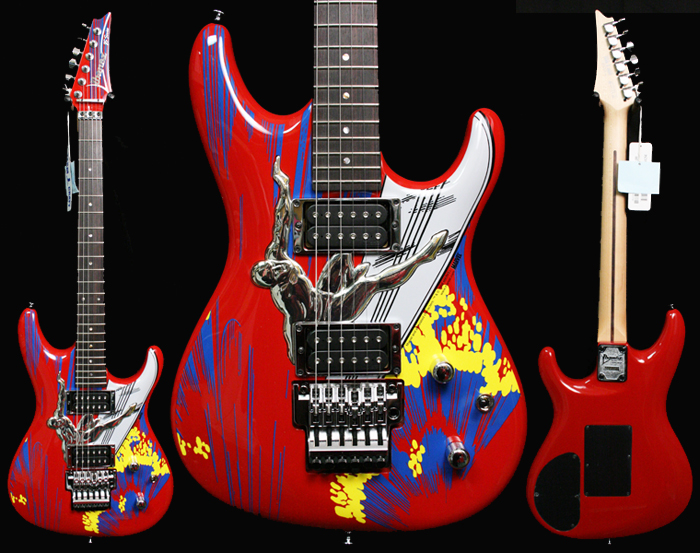 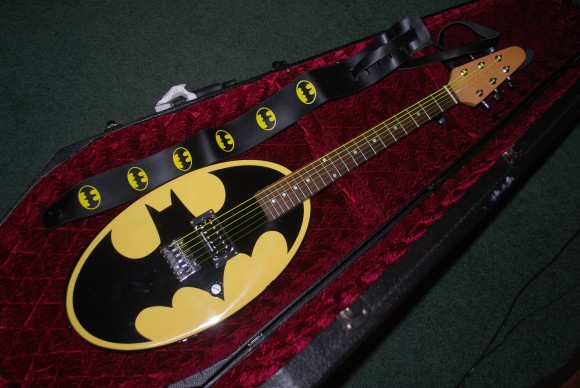 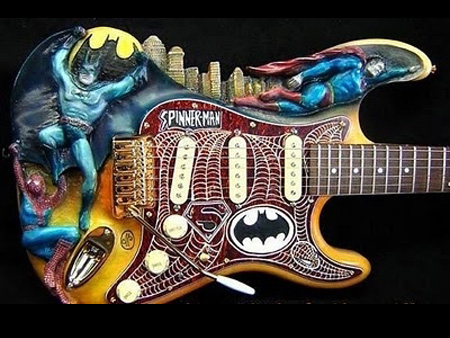 Batman, Superman, Spider-Man guitar. Check out the carved relief on this sucker.

Look at the misspelling of “Spinner-Man.” I guess whoever built this didn’t want to get sued for an unauthorized crossover event.

Pretty cool, huh? Get ready to have your hair blown back by these! 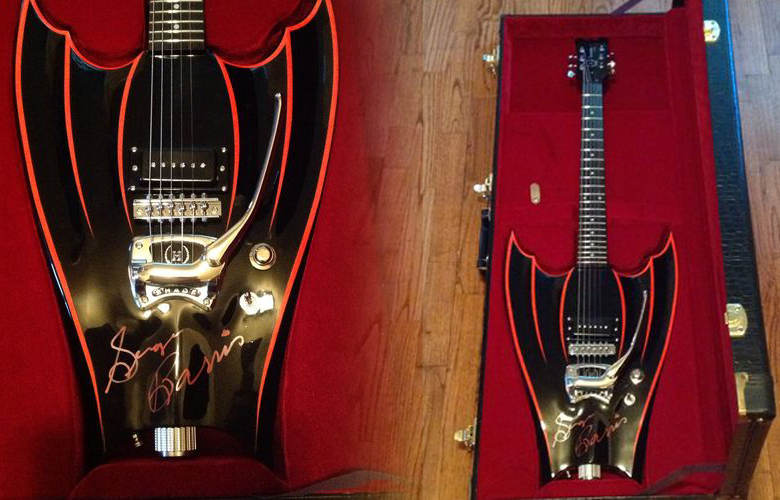 Pro car builder George Barris made 100 Batmobile axes based on his classic TV hooptiemobile. And the brake light on the tail lights up! 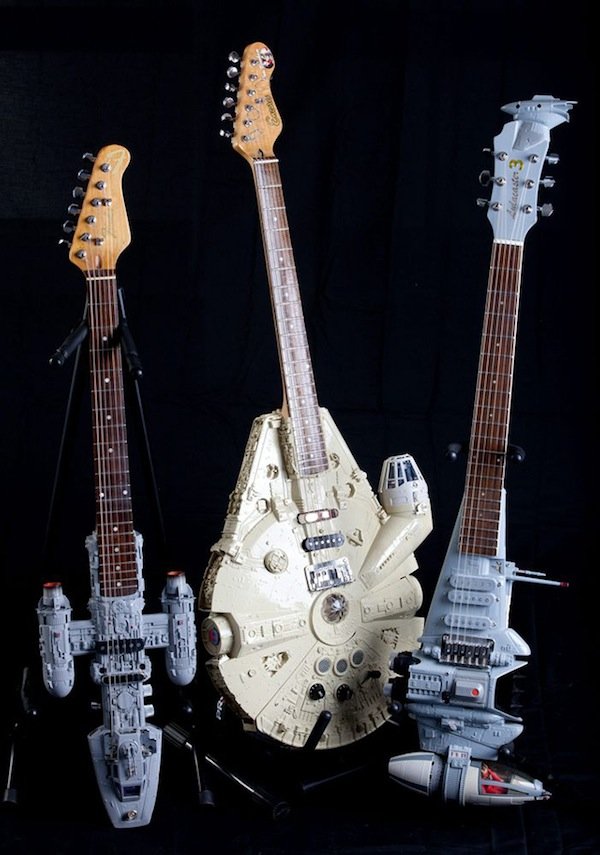 I know what you’re saying. What monster would desecrate classic Star Wars vehicles?! A monster craftsman named Tom Bingham based in the UK builds these working, light-up, custom electric guitars from yard sale finds. So blame the guys selling their childhood, not the man with the vision. Makes my CBG’s look like s-h-i-….

But I digress. I’m gonna leave you with the baddest daddy of em all: 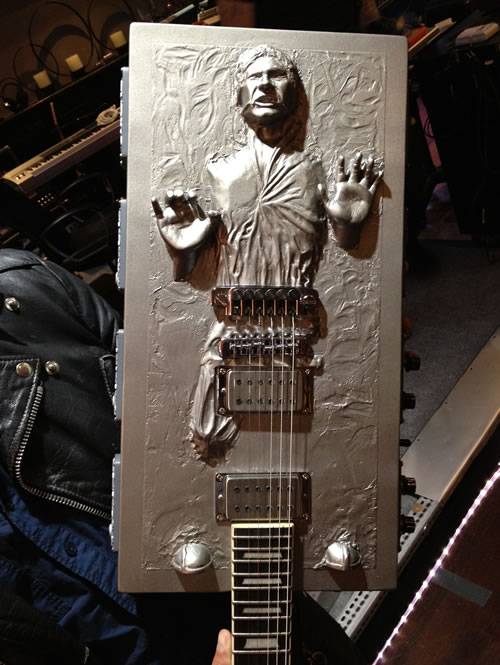 Custom built for Evanescence’s Ben Moody by Travis Stevens, this is the be-all, end-all of nerd axes. Based off of Bo Diddley‘s boxy Gretsch design, Han in his carbonite prison is a natural fit. Not for anything, but he carved that sucker to look just like Harrison Ford. And with the volume and tone controls on the side to mimic the carbonite’s control panel, well that’s just genius. I just hope he doesn’t scrape off Han’s nose when he plays that song I can’t remember the name of.