Clay N. Ferno, one of our earliest contributors, returns for a visit with an INSIDE LOOK at IDW’s new Star Trek series… 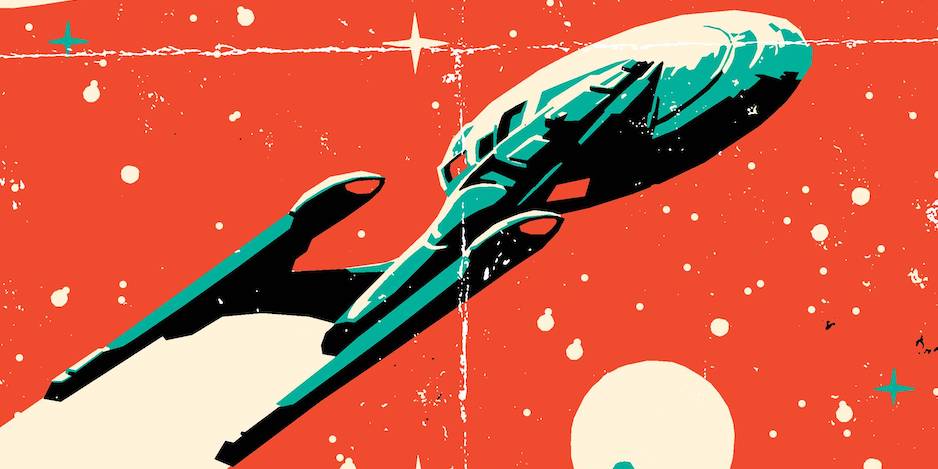 In July, IDW announced Star Trek #1 by fan-favorite writers Collin Kelly and Jackson Lanzing, with art by Ramon Rosanas. We invaded IDW City at New York Comic Con to talk to the guys about  the ongoing title hitting shelves this Wednesday, Oct. 26. However, that’s not all; in March 2023 Captain Worf heads off to Star Trek: Defiant, written by Christopher Cantwell, inspired by Kelly and Lanzing’s pitch to Trek and IDW for the new series. 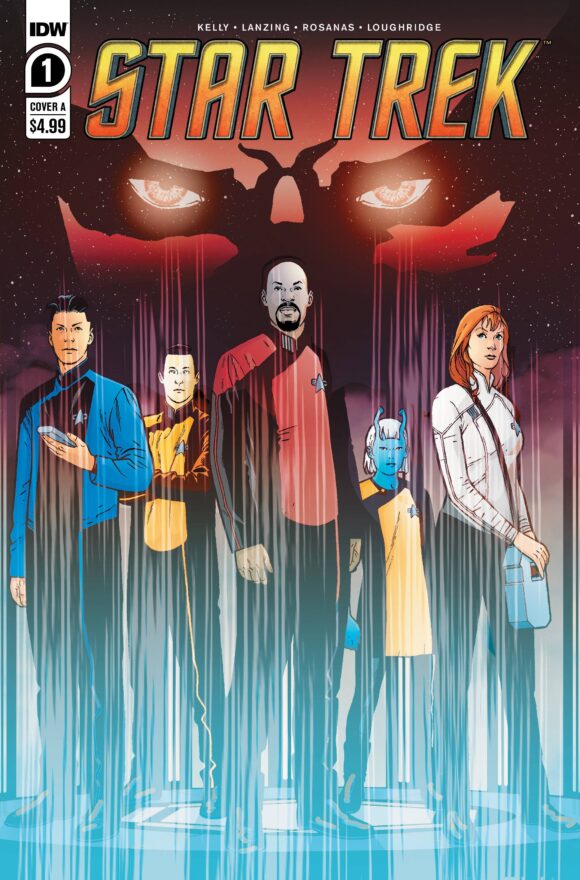 Clay N. Ferno: Some fans say that the real stars are Kirk/Spock and Bones.

Jackson Lanzing: Star Trek is not just about Kirk/Spock and Bones! And I say that as someone who just wrote Star Trek: Year Five! It’s about all kinds of characters and perspectives. It’s not just those three guys.

Clay N. Ferno: Is Gary Mitchell the keystone to your Star Trek multiverse from the Issue #400 preview of your book?

Collin Kelly: There’s no multiverse here! This is canon; we’re not going to the Mirror Universe. The Kelvin timeline is wonderful, but we are not touching that. This is the window between Voyager and Nemesis.

Lanzing: We have about a year and a half of canon there where we are allowed to do whatever we want as we work with Star Trek. Everything we are doing is with the current shows, from Lower Decks to Strange New Worlds and Discovery, and especially with Picard to make sure the stuff feels like canon and fits with what is happening. There are characters that we love from Next Generation, Deep Space Nine and Voyager, and they are all sitting in the same space, cohabiting with the Alpha-Beta Quadrant at the same time. 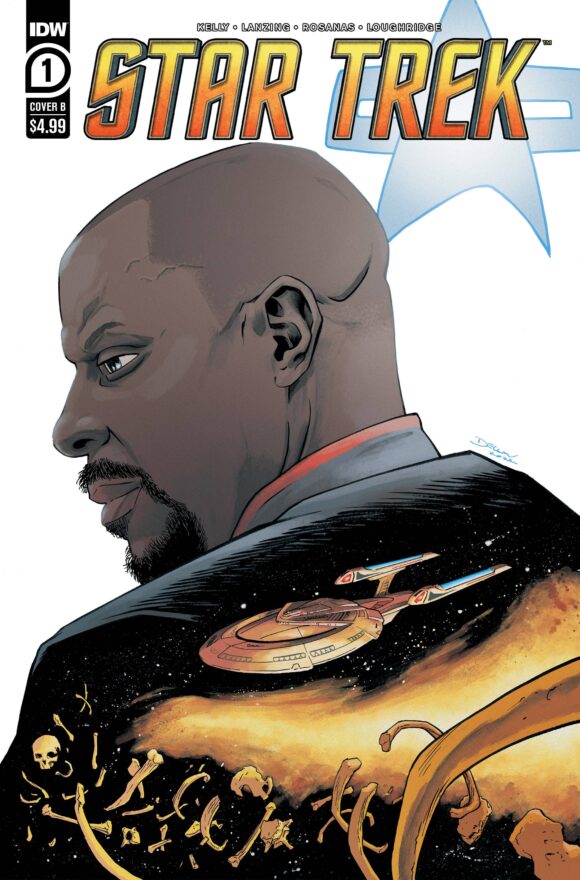 Lanzing: The last time we saw Worf, he went off to be the ambassador of the Klingon Empire. We have a Lower Decks crossover coming eventually. We worked specifically with Mike McMahan, an old friend of ours. We went to the Star: Trek Discovery premiere together before any of us were working on Trek!

Clay N. Ferno: How is it working with Paramount and Star Trek?

Collin Kelly: It’s not just the two of us. Heather Antos (senior editor) sits at the center of the comics and is an amazing representative of what IDW is doing, as well as directly interfacing with CBS and Paramount. She is our guardian and holds all the pieces, and that allows us to do what we do.

Lanzing: One of the cool things is that everybody is all aligned to make Star Trek as dope as possible, especially in the comics space, where it has effectively been ancillary to the movies and TV shows for a long time. They are tie-in books. We want to bring a new reader in. I want someone who found us through Captain America. 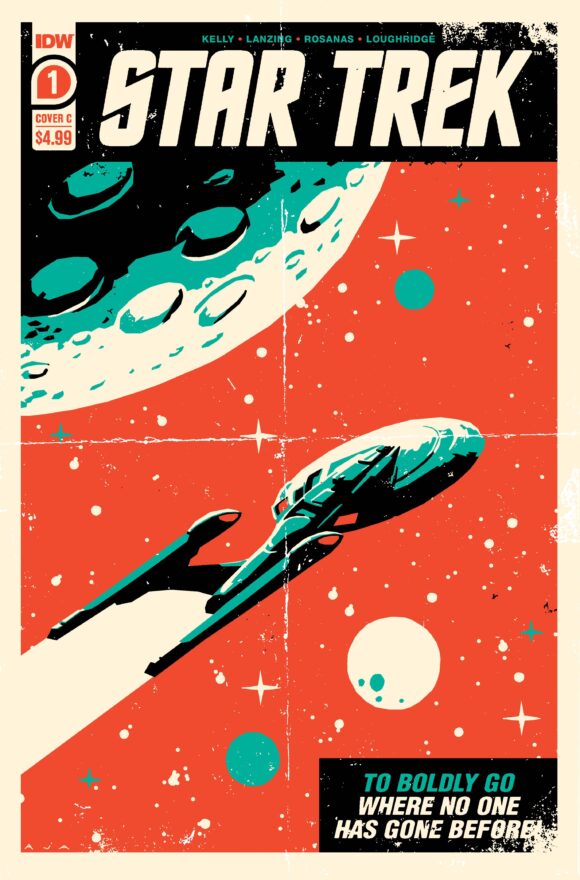 Collin Kelly: Ideally, they can fall in love and say, “Who is this? I need to find out more!”

Clay N. Ferno: Tell us about Star Trek: Defiant! This comes from your idea, but Christopher Cantwell of Halt and Catch Fire is on writing duties.

Lanzing: He was the first name on everyone’s lips. We came up with the “concept.” We had the title, and we had Worf, Spock, B’Elanna, and a general idea of the vibe of what we’d want the book to be. We knew we eventually wanted to use Lore in the run, but we didn’t know how we were going to introduce him. We knew Chris wanted to do Star Trek comics. He came in and said, “Yeah, but can I change the whole cast? I love Worf, Spock, and B’Elanna, but I want to change the rest”.

It has been really cool watching Chris build his own side of this line so that we can figure out how we can work together and how things affect each other. 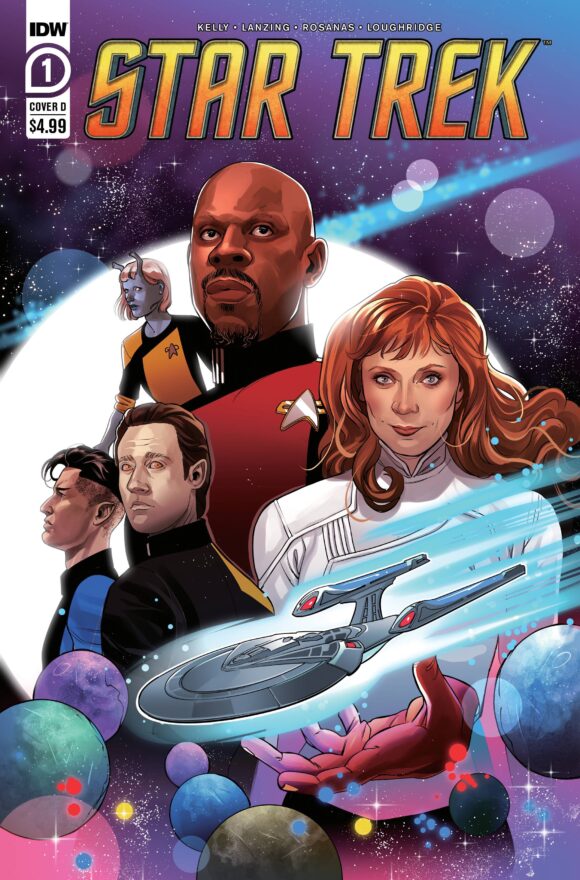 Clay N. Ferno: If this is new and ongoing, what happens after the Sisko years?

Both: Why would we tell you that? You’ll have to find out!

Clay N. Ferno: When will you blow up your first ship? 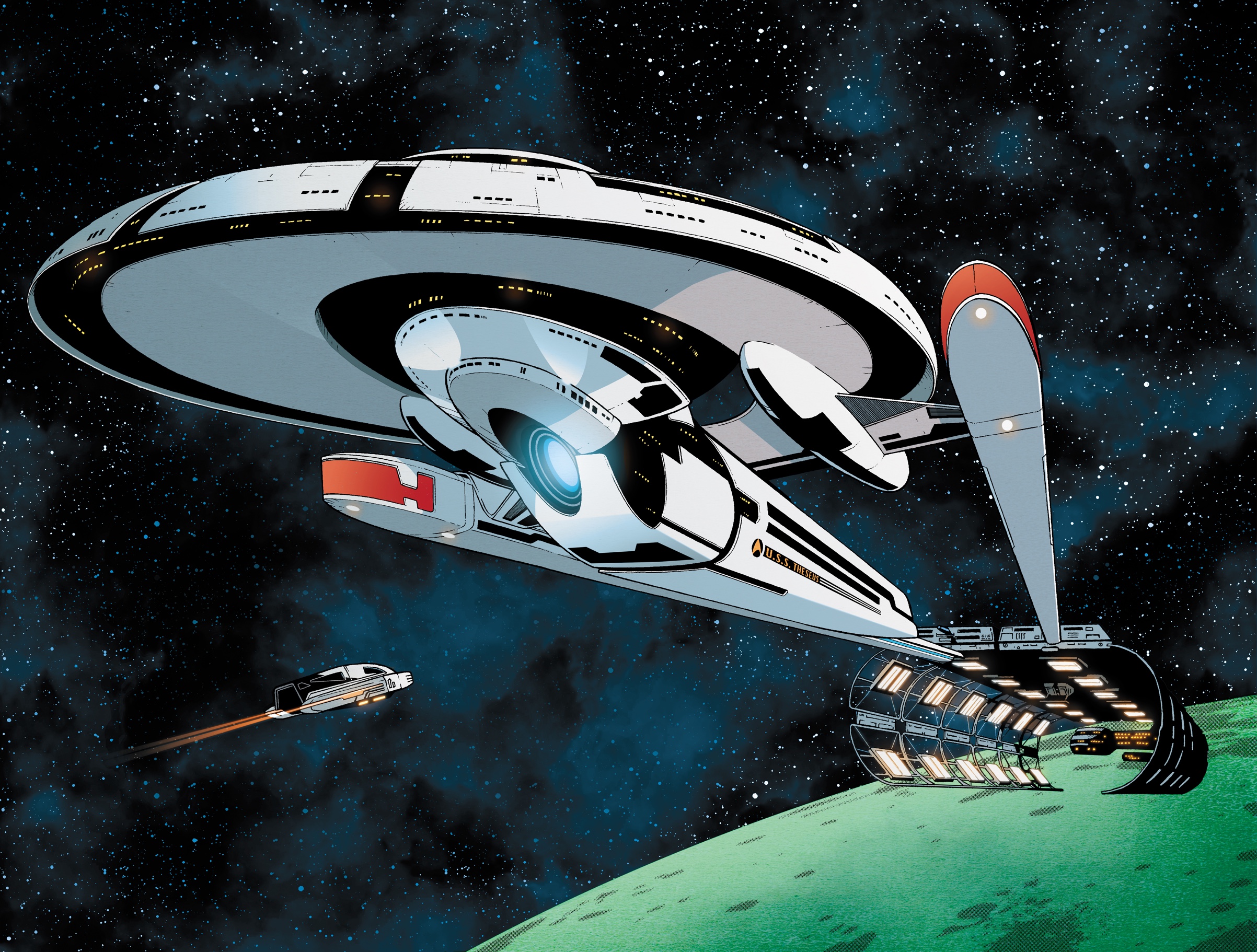 Lanzing: We haven’t blown up a starship yet! We are being cautious about blowing up ships only because Discovery did it so quickly! We are careful not to mess with anything Nemesis or Picard or Lower Decks. We respect these shows and movies so much we don’t want to step on them. Blowing up stuff is tricky. That said, Theseus is a new ship, not in any of that stuff, so… it can blow up at any time!

Kelly: We love a good explosion!