How WONDER WOMAN Saved My Life

Who is Wonder Woman?

All during WONDER WOMAN WEEK we’ve heard from the pros, and that’s been fantastic. (Click here for more on that.)

But the celebration would not be complete without hearing from just a true fan. I’ve known Scott Jolley for more than 20 years and I’ve never met anyone who loves Wonder Woman more. So I invited him to write this piece from the perspective of a reader and viewer.

It’s one of the most moving pieces I’ve ever read about what a fictional character can mean to a real person. — Dan

Who is Wonder Woman? Sure, she’s a superhero in a comic book, a TV and movie star, even a feminist icon. To me, she’s all that and more — she quite literally saved my life.

I grew up worshipping Wonder Woman. My first time seeing her was, like it was for many others, on the animated Super Friends show in the early ’70s. I was this little gay Greek kid in the Deep South, a precocious introvert, reading at an early age, drawn to larger-than-life stories of heroes and gods. My gateway drug to Wonder Woman, and comics in general, was D’Aulaire’s Book of Greek Myths, a beloved Christmas gift from my father.

From the start, I was captivated by Princess Diana: her powers (as strong as Superman? hell yeah!), her accessories (the lasso … the bracelets … the invisible plane, c’mon!), and her backstory steeped in Greek mythology. Any time the neighborhood kids played Super Friends, I played Wonder Woman. (My squad was boys-only, so someone had to do it, right?) I spent many an afternoon spinning around in the backyard, twirling a rope spray-painted gold, hoping against hope for that flash of light that would transform me into something wonderful.

With the Saturday-morning cartoon percolating in my head, I eagerly sought out her adventures in print. (I still remember my first-ever WW comic book — #222, featuring two Wonder Women fighting on the cover, guest appearances from Batman and other Justice Leaguers, a story based on the 12 Labors of Hercules, and luscious interior art from the great Jose Delbo.) I read everything featuring Wonder Woman I could get my hands on. I adored her fantastic origin, which comes not from natural disaster, such as the explosion of Krypton, or horrific crime like the murder of young Bruce Wayne’s parents, but from a mother’s love. 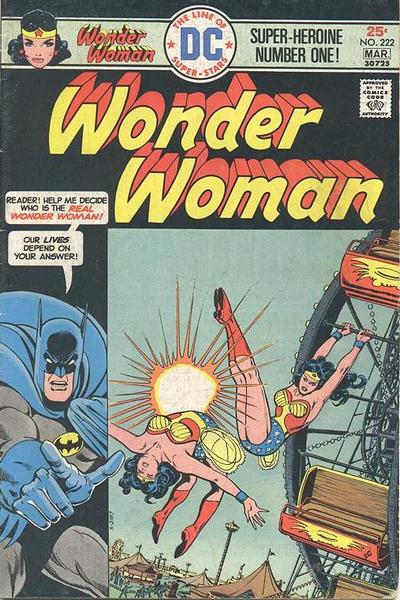 I became utterly smitten with Wonder Woman when the live-action TV show arrived a few years later. I watched the show with my dad. I never quite understood why this ex-Marine was so interested in the show — I was just happy to spend time with him — but revisiting the DVD box set as an adult shows why: Season 2’s titles start with buxom Lynda Carter running down a hill! The stunning Carter was the living embodiment of everything I wanted to be: strong, kind, smart, compassionate — a hero.

Then, not much later, I was molested. I’ll spare the details, but I will share this: How I coped was imagining Wonder Woman wrapping her golden lasso around my bed to protect me and holding my hand until I fell asleep. She could be powerful when I was powerless. She could fight for the truth amid all the secrets.

I kept reading her comics for years, falling in love with her all over again via the 1987 George Perez reboot with its gorgeous art and heavy focus on Greek mythology. (To this day, that’s my Wonder Woman.) But by the time college rolled around, I put away what I thought were childish things and sadly ignored Wonder Woman for years. 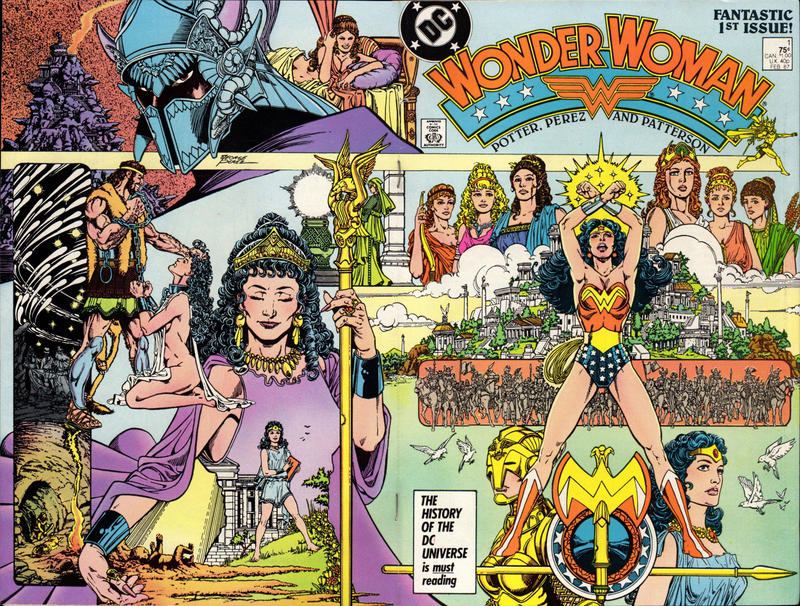 Flash forward to the early ’90s, when I graduated from college and moved from my tiny Louisiana hometown to New York City. (There was a pit stop in Charleston, SC, where I came out to my family. I was asked to leave home, but quickly found my own apartment. One night, surrounded by boxes, I channeled Wonder Woman’s courage and opened up my address book, calling every friend in it to come out to them, too.) Since I was living in the East Village, I naturally had to get a tattoo. “Pick a symbol that means something to you,” urged a friend. I didn’t have to think twice: her iconic double-W logo is on my right bicep forever. And I’ve followed her adventures on the page and screen ever since. 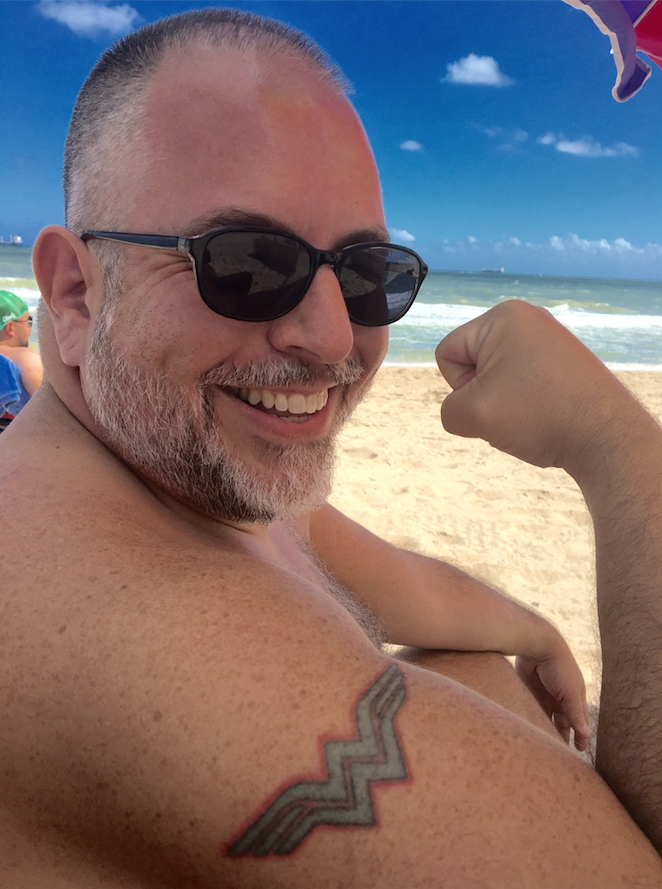 Who is Wonder Woman? She is her own special creation, to paraphrase Jerry Herman. Wonder Woman is not a spinoff of a previously existing male hero such as Supergirl or Batgirl or Hawkgirl (not that there’s anything wrong with any of those fabulous females). She’s an icon of feminist thought and compassion. She is strong beyond measure, but she’s never a bully. She can fight like hell — and you know she’ll win — but she’ll talk it out first.

Who is Wonder Woman? She’s my hero.