How I Created My ARCHIE #1 Variant, by COLLEEN COOVER

Home » RANDOM STUFF » How I Created My ARCHIE #1 Variant, by COLLEEN COOVER

EXCLUSIVE ART! The comics star kicks off a weeklong series featuring some of the best Archie #1 variants coming in July.

We dig the art of the variant here, so when Archie Comics took a Star Wars-sized splash in the pool for their historic 7/8 relaunch by Mark Waid and Fiona Staples, we decided to get in on the Riverdale action. We asked a number of top artists in the business how they came up with their image. Today: Eisner winner and 2015 nominee Colleen Coover. 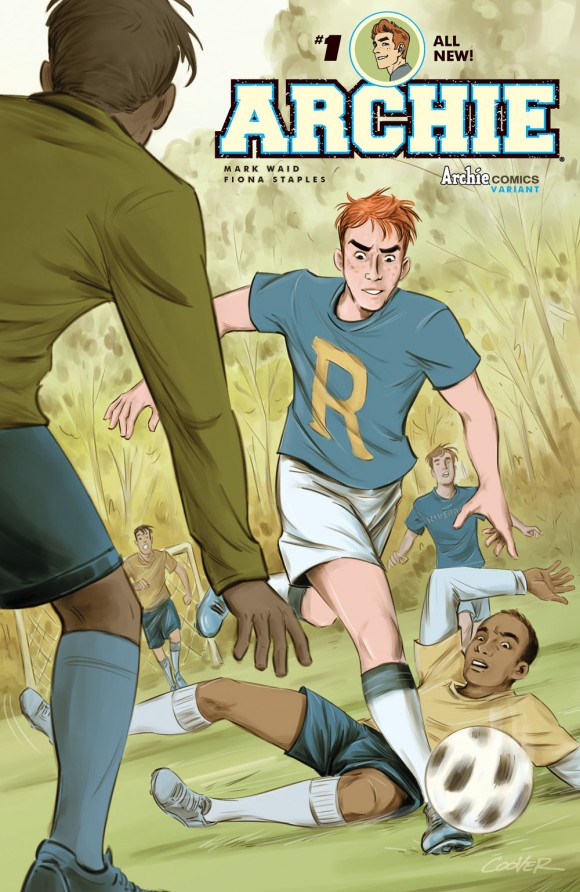 I chose soccer for my cover theme because A) I love soccer, and B) it feels to me like the most “teen” of teen sports. I wanted to capture the feeling of a practice scrimmage on a weekend afternoon, where the kids are playing hard but just having fun.

I used a similar technique drawing the cover as I use with my Bandette comics, except instead of using ink wash on paper, the art was created entirely digitally in Manga Studio. I used a combination of digital “watercolor” and “oil” brushes set to black. Then I converted the gray art to a sepia tone and created a color layer in late summer/early autumn hues to go beneath that.

It makes me think of the time right as everyone’s going back to school for the new year, which I guess is appropriate for the debut of the new Archie! 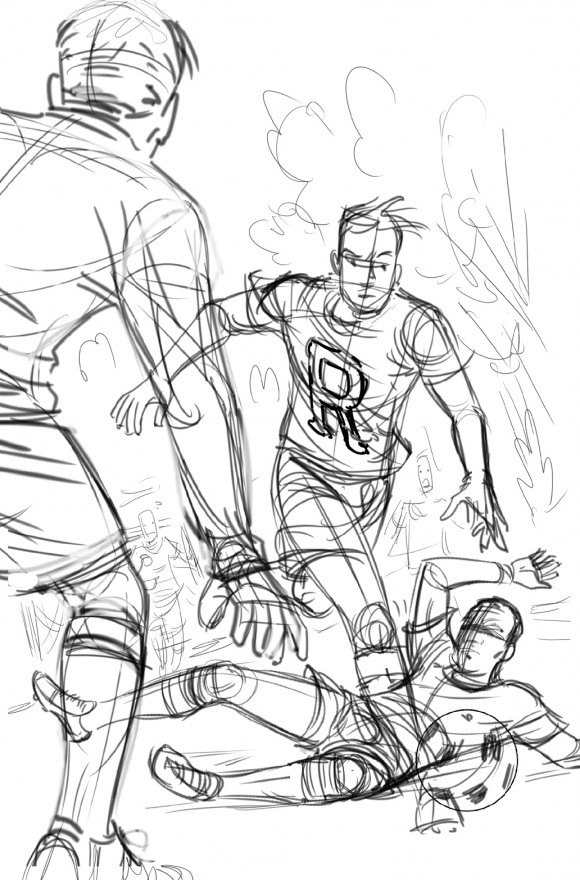 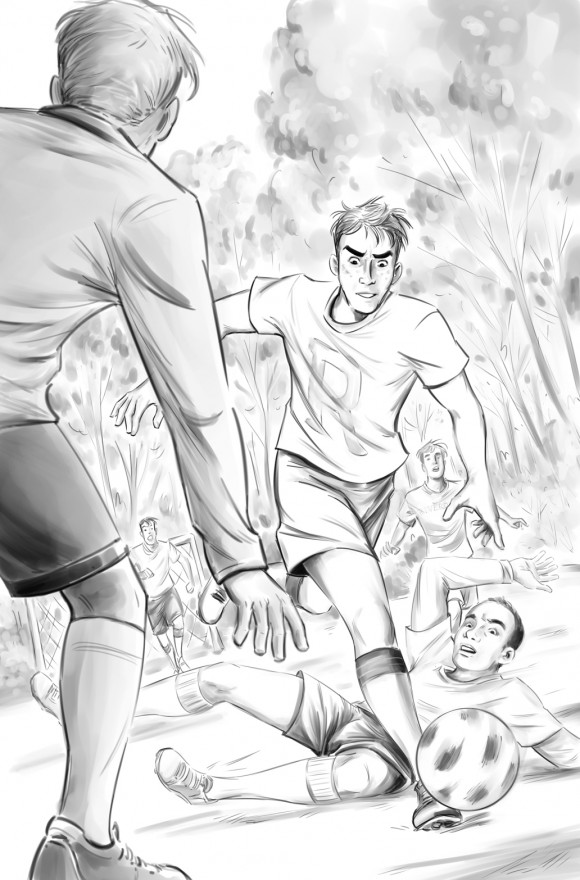 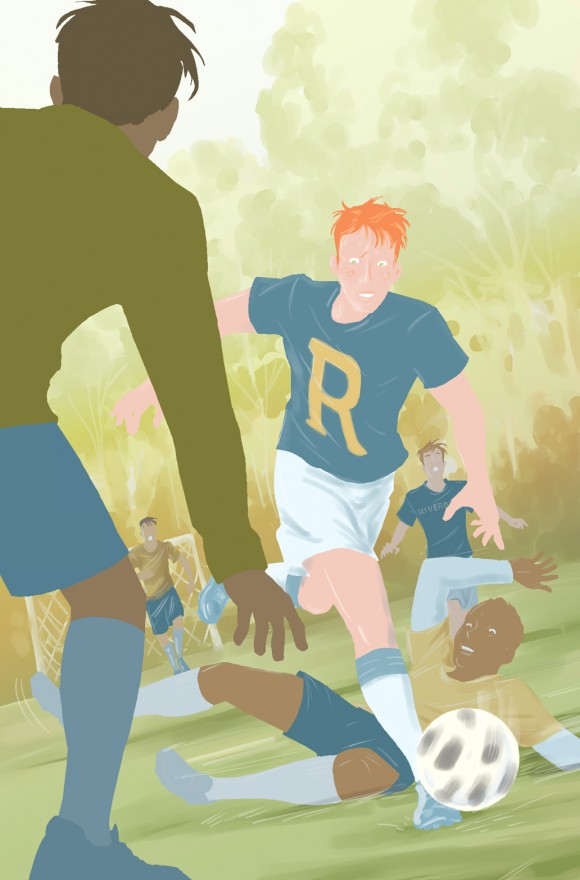