How CAPTAIN AMERICA: CIVIL WAR Made a True Believer Out of Me

Home » MOVIES & TV » How CAPTAIN AMERICA: CIVIL WAR Made a True Believer Out of Me

Our resident comic-book filmologist explains why it took 13 Marvel Universe movies to win him over for good.

As Captain America does to Iron Man at the end of this movie, let’s get right to the heart of it: Captain America: Civil War simply is Marvel Comics.

Having had varying reactions to the previous Marvel Cinematic Universe offerings over the years, I went into the latest one a little dubious: Could the filmmakers possibly fit in all these characters and not have the movie come off like It’s A Mad, Mad, Mad, Mad Civil War? Of the three main legs of The Avengers stool, I have enjoyed the Captain America solo films the most. So while I was happy to know I’d be seeing the live-action debut of Black Panther and the MCU intro of Spider-Man, I didn’t want to see Chris Evans’ Cap get pushed out of his own film. 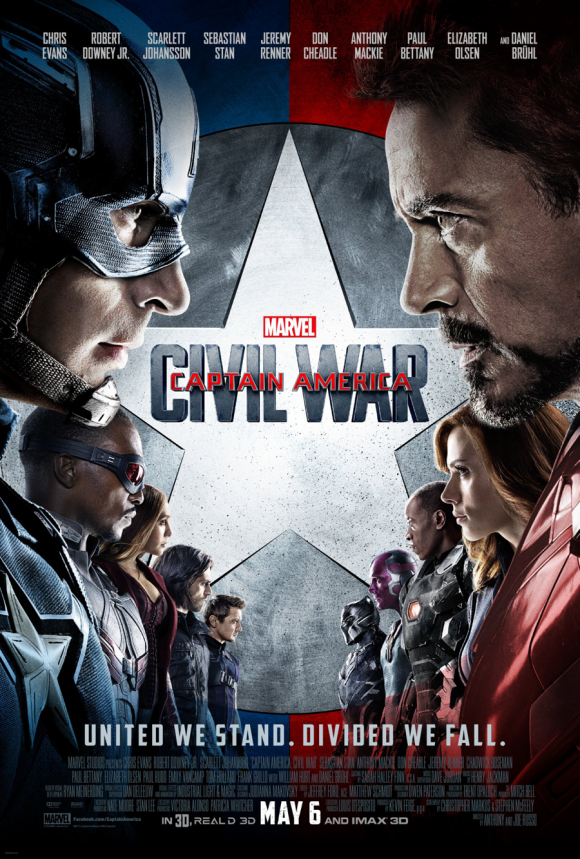 Thankfully, it didn’t take long into the almost 2-1/2-hour running time for those fears to be allayed. The Russo Brothers and their screenwriters successfully balance all of the various character storylines while never forgetting that Captain America needs to be driving this story. It’s the Sentinel of Liberty’s actions that matter the most, and those actions ripple across the surrounding characters, resulting in a panoply of super-powered reactions (or overreactions in some cases).

The plot, despite all the twists and turns, is relatively straightforward: The mysterious baddie known Zemo (Daniel Brühl, so wonderfully slimy in Inglourious Basterds) wants to exact revenge on the Avengers, so he conceives of a plot to pit the Earth’s Mightiest Heroes against each other, using brainwashed double agent Winter Soldier to do it. The government (represented by William Hurt’s Thunderbolt Ross, who has gone from Army general to Secretary of State) reacts like it always does when threatened—let’s try and control everything. This forces our heroes to take sides, resulting in a climactic battle that might be my single favorite scene in any Marvel movie to date.

Without getting too deep into spoilers, I want to talk about this scene in detail because I honestly believe it features more than a dollop of actual Movie Magic: It really shouldn’t work. It takes place at a contrived “mostly empty” airport (ahem) and features a dozen grown men and women dressed in silly costumes punching and kicking each other in various permutations. And yet it felt like what, at its core, every Marvel superhero comic since Fantastic Four #1 has been striving for: a perfect combo of pathos, action, laughs, and excitement. 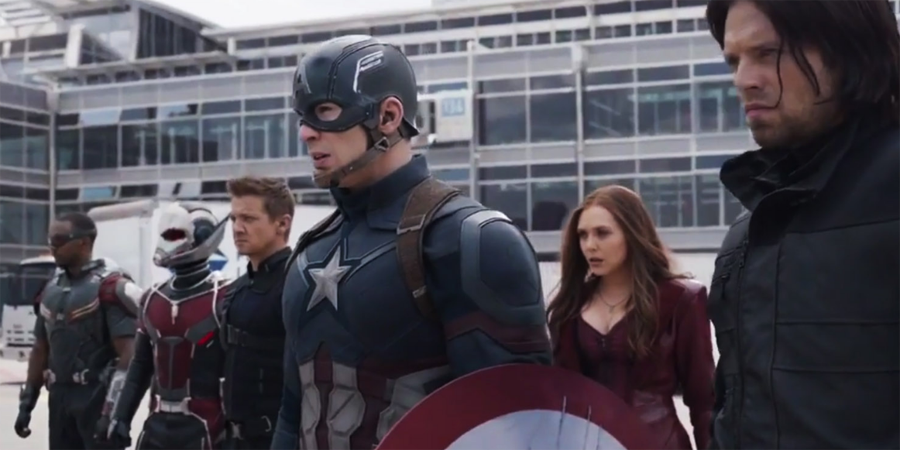 Each hero (and there are so many) is given a chance to shine, to show what makes them unique in the Marvel Universe. As the scene rolled on, I imagined that the screenwriters sat back and mapped out every moment, to ensure that everyone, from Cap to Iron Man to Spider-Man to Ant-Man, got something amazing to do. I had a giant stupid grin on my face during the whole sequence, so delighted at how this live-action “When Titans Clash!” moment was playing out. It’s a reminder why we go to see these movies in the first place.

But as good as this scene is, it of course wouldn’t amount to a whole lot if the build-up and pay-off didn’t work. Thankfully, they do: The actions taken by Captain America make sense on a thematic and character level, and each hero looks increasingly bewildered over a problem they can’t just punch their way out of. And the film’s final sequence, set in a snowy compound where Cap and Iron Man finally come face-to-face with Zemo, is tense and gripping, and offers a wallop of a surprise. The final shot of Iron Man, laid low in more ways than one, shows him framed by giant stone pillars that resemble the stars and stripes. It’s a powerful visual that brings the character’s part in the film largely to a close. 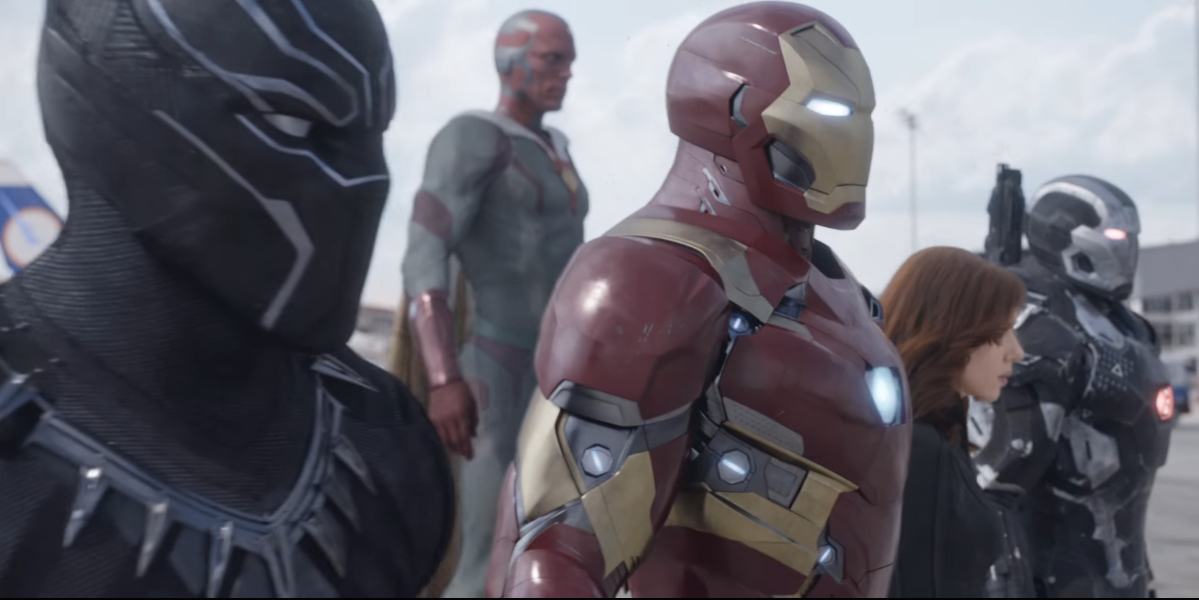 Now that there have been a half dozen films featuring him in the role, I can confidently say that Chris Evans as Captain America ranks up there in the annals of great casting, as perfect a fit of actor and role as Christopher Reeve and Superman was in 1978. And just as important: Like Reeve, you never catch Evans winking at the audience or seemingly apologizing for Cap being so “square.” He’s a hero, pure and simple. And while he’s capable of mistakes (he makes a few here), he ultimately wants to do Good.

Marvel shrewdly recognized this was essential to making the character work in live action and it has paid off: Evans as Cap is the lynchpin of the MCU. I was heartened to read a few months ago that he essentially went on the record to say he’ll play the role as long as Marvel wants him. For my money, I could watch another half dozen Cap movies as long as Evans is in the role. He’s that good.

But I don’t mean to diminish the contributions of the other actors: Robert Downey Jr., as big a star as he is, slides effortlessly into a supporting role here. Chadwick Boseman brings a terse, clear-eyed determination to Black Panther. Paul Bettany and Elizabeth Olsen get a couple of nice, warm scenes as the Vision and Scarlet Witch, hinting at a relationship all us comic nerds are familiar with. Paul Rudd’s Ant-Man gets a scene-stealing turn, proving the character has every right to be among these titans (you might even say he dwarfs his co-stars at one point). 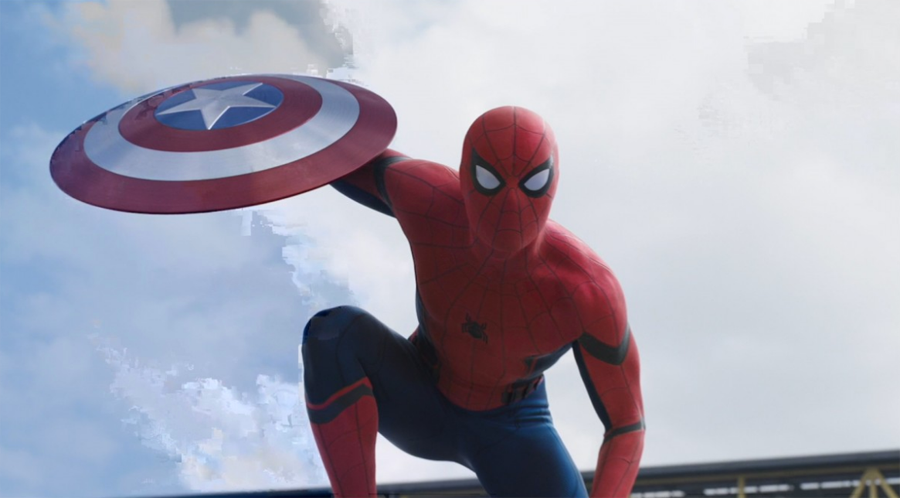 And it’s telling that I found more fun to be had with this live-action Spider-Man (a delightfully tiny and nerdy Tom Holland) than any of the other, non-Marvel versions. Spidey wasn’t relegated to just a cameo; he is slotted into the story for a purpose, given some great moments, and then departs. It’s a, er, fantastic introduction, a word I hope can be applied to another set of rights-challenged Marvel heroes down the line.

I ended up liking Captain America: Civil War more — a lot more — than I expected to. I’ve seen every Marvel film and, with a few exceptions, I’ve left every one not feeling much. Sure, I was entertained to varying degrees, but they never made me feel anything: I generally forgot them by the time I got home from the theater. But Captain America: Civil War delivered so many superb moments—including more laughs than a lot of comedies I’ve seen—that the movie just made me feel good. It captured that palpable excitement that every Marvel comic promised, covers beaming at the little kid me, as I stared at the spinner rack, wondering which books to buy with my hard-earned allowance.

Captain America: Civil War deals with some heavy issues, but it has that sense of escapist fun, mixed with a sharp wit, that makes it a winner.

Rob Kelly is a writer/artist/comics and film historian. He is the co-host of The Fire and Water Podcast (and the host of its sister show, The Film and Water Podcast), the co-creator and writer of the award-winning webcomic Ace Kilroy, and the creator of the book Hey Kids, Comics!: True-Life Tales From the Spinner Rack. He would love to have this t-shirt again: 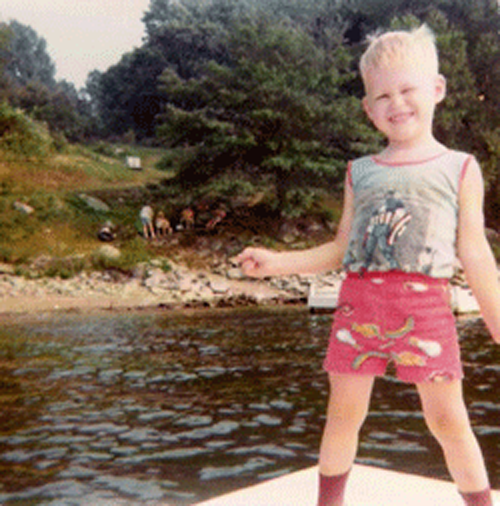