There’s before BTAS and after…

UPDATED 11/11/22: Kevin Conroy, the quintessential voice of Batman, has died at the age of 66. Here’s a piece that first ran in 2017 for Batman: The Animated Series’ 25th anniversary — and it includes commentary from Conroy himself. We think you’ll appreciate it. — Dan

Animator J.J. Sedelmaier (The Ambiguously Gay Duo, Beavis and Butt-Head) is one of the most knowledgeable people around when it comes to cartoons. Here, he writes how Batman: The Animated Series dramatically altered the landscape: 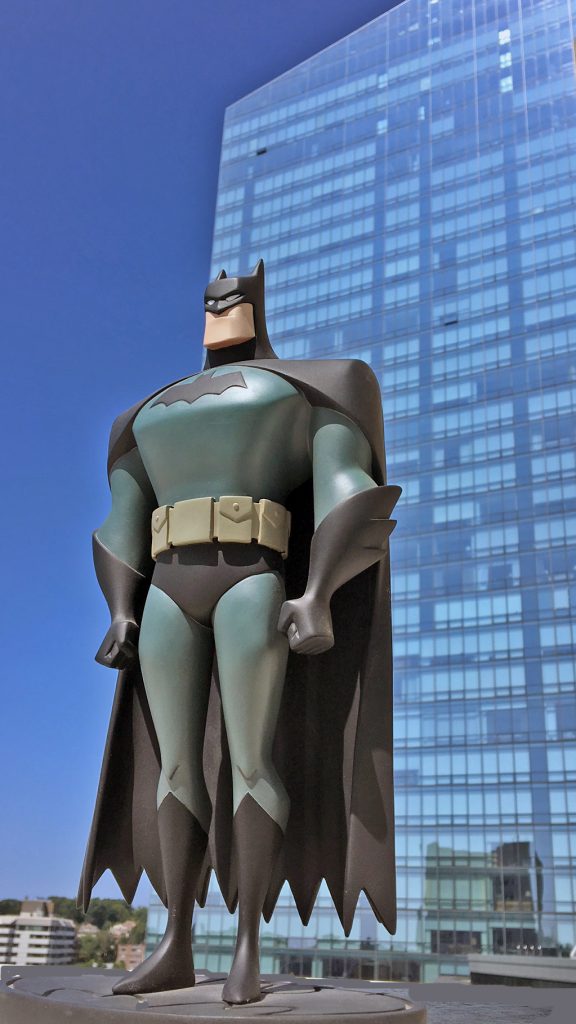 In 1992, J.J. Sedelmaier Productions Inc. had been open a little over a year and we were about to embark on a series for MTV Networks called Beavis and Butt-Head. The cartoon industry wasn’t exactly thriving, and other than MTV/Nickelodeon (Liquid Television, The Ren & Stimpy Show) and Fox (The Simpsons, The Tracey Ullman Show), the level of animation programming that could be enjoyed by kids and adults was pretty low and still adhered to a “Saturday Morning”-type sensibility.

Then Batman: The Animated Series hit.

I remember thinking that, finally, something interesting must be happening out on the West Coast when it came to mainstream cartoon programming! The combination of resurrecting the Dark Knight aspect of the character, as well as the strategic staging reminiscent of the Fleischer/Famous Studios Superman cartoons, was fabulous! (It also took strong graphic influence from Alex Toth, but was able to do more justice to the translation of the model sheets into the actual animation than Toth’s work received from Hanna-Barbera.) The original opening to the show is still one of my favorite animated sequences ever.

What intrigued me most after watching the show for awhile was the understanding and respect that the program seemed to have for the classic comic book and animated works of the past. Whoever was responsible for this truly knew their shit, and wanted to show everybody how it could be translated into a modern sensibility. The show also successfully did what I thought the Tim Burton live-action Batman sagas attempted to achieve but never did – the darkness, the mood. Burton’s films and the other Batman movies (prior to Christopher Nolan’s) always seemed silly and cartoony. I found the animated series ironically less cartoony and darker.

The animation was limited, but not in the customary “Saturday Morning” method. This was more along the lines of how anime works – strategic staging in the layout process combined with dynamic posing and terrific timing. The only aspect that I didn’t go for (but understood its place in the show) was the use of close-ups during down moments with Bruce Wayne, etc. The flat, simple, graphic design didn’t hold up as well if the close-ups lingered for too long.

But the action sequences were superb – and the choice and use of music was spot-on. I soon learned that the main forces behind the series’ unique production were Bruce Timm and Eric Radomski (producing/design/animation) and Paul Dini (producing/writing). 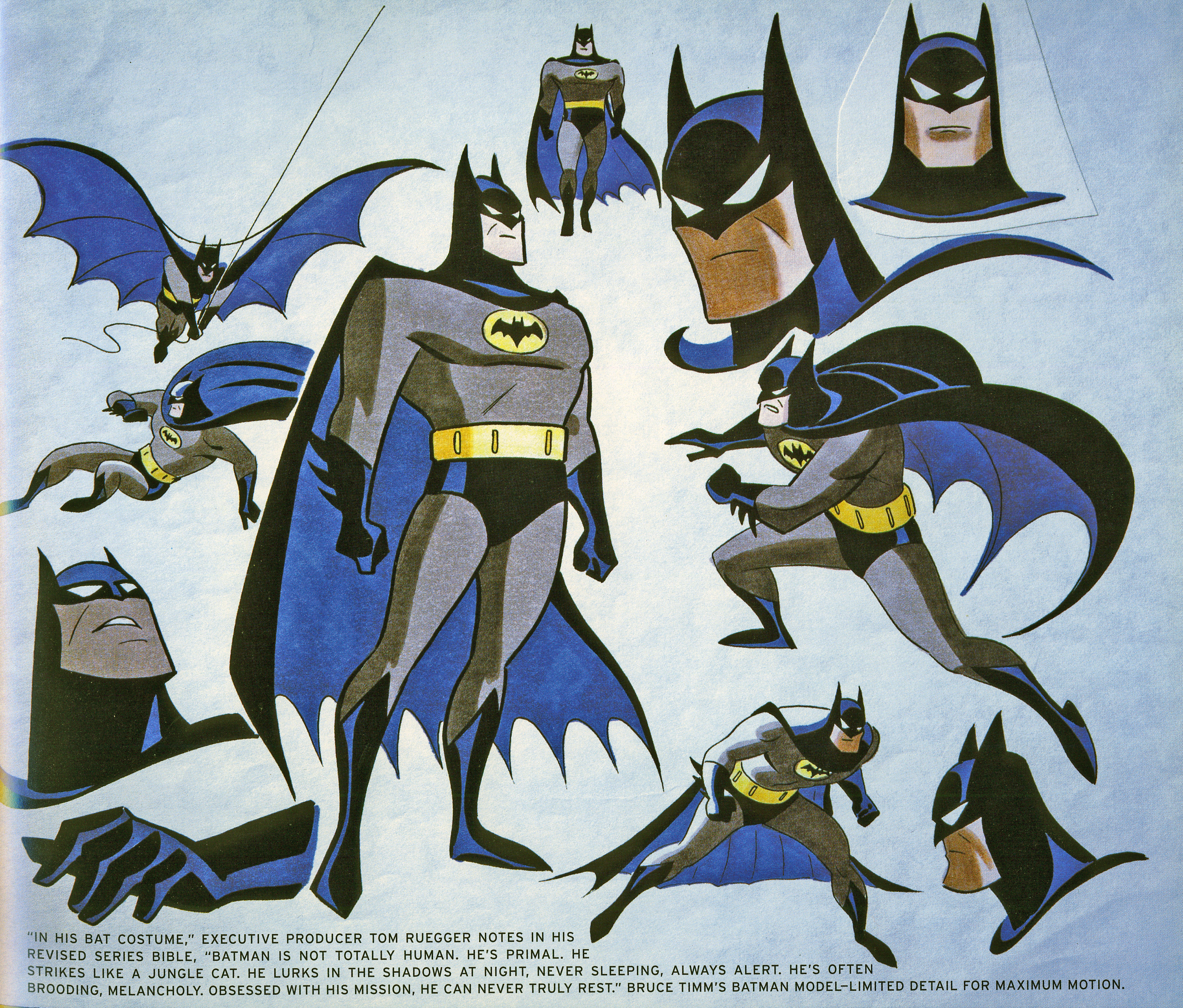 From the 1998 book Batman Animated, by Paul Dini and Chip Kidd.

As is often the unfortunate case with initially successful series production, the show’s graphic style became the new canon for television animation production – especially when it came to superhero subject matter. It’s like what happened when Ren & Stimpy found success – there was a deluge of R&S-inspired cartoons that adopted the look but weren’t able to duplicate what made it terrific. Suddenly, all superhero cartoons seemed to look the same. This may have helped in a branding sense, but I never felt any of the other spinoffs had the clean originality that the pioneering Batman: The Animated Series did.

I think it’s fair to say that it also gave a powerful boost to comic-book character presence as well. Both DC and Marvel seemed to benefit from the renewed interest and response to the use of their characters in animated and live-action productions.

DVDs and VHS tapes that J.J. uses for reference.