THE BILL SIENKIEWICZ INTERVIEWS: The artist reveals his quick — but circuitous — route to the House of Ideas… 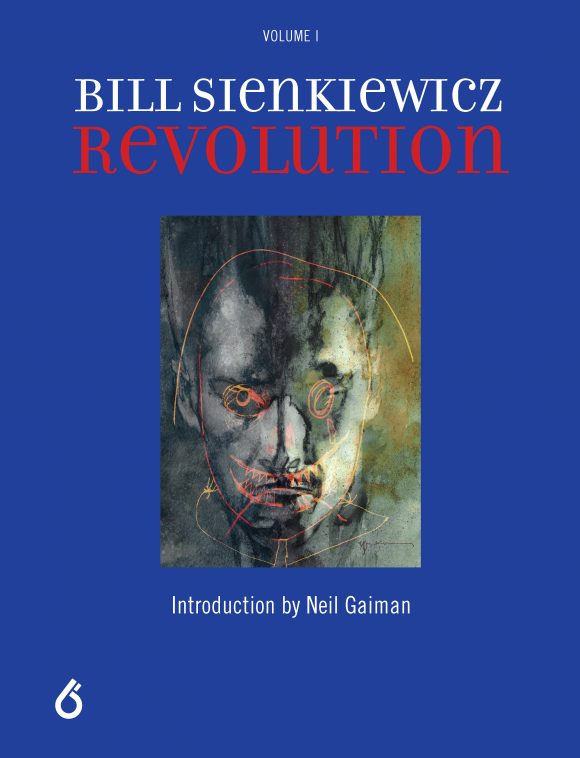 UPDATED 4/12/22: With Moon Knight getting a lot of attention on Disney+, it seemed like the perfect time to re-present this piece from 2019’s BILL SIENKIEWICZ INTERVIEWS. Right on. — Dan

Welcome to PART 2 of THE BILL SIENKIEWICZ INTERVIEWS — a three-part series looking at the groundbreaking artist’s creative beginnings. This series, which we’re publishing to mark the release of Six Foot Press’ hardcover retrospective Bill Sienkiewicz: Revolution, is running across three consecutive Sundays. Dig it. — Dan

For PART 1 — in which Sienkiewicz reveals the classic comics that first inspired him — click here. 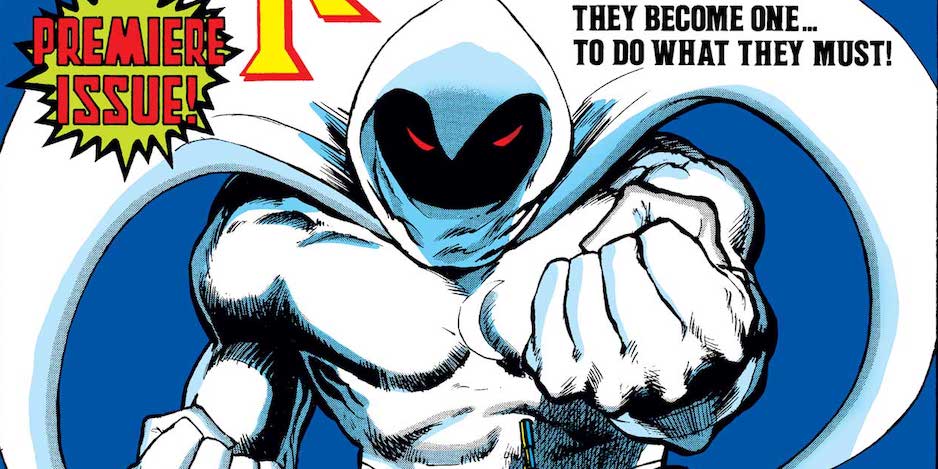 Dan Greenfield: Where was it that you grew up?

Bill Sienkiewicz: I grew up in northern New Jersey, an area called Hainesville. … I was a farm kid, I was baling hay and stuff. Comics were (big) and reading in general — I was a big Jules Verne fan and big H.G. Wells fan, science fiction, Harlan Ellison, Star Trek, you name it. It was all kind of, this kid who’s out getting teased by older teenagers who would like, dare me to try chewing tobacco.

Bill: I never thought of it that way. I just knew I was gonna do comics. My goal was, if I could tell comic book stories, I would be the happiest guy. Anything else that has happened in terms of my career, it’s all been gravy. It’s all been like, I just knew that comics were the thing that I needed to — my language. My mother tongue. So, I always stayed with it. Then when I was at art school, my friends —

Dan: Where did you go to art school?

Bill: I went to art school in Newark. The Newark School of Fine and Industrial Art, which was illustration, fine art, and advertising. I was in my second year, my friends were older, they were all graduated, and I learned a lot in school. 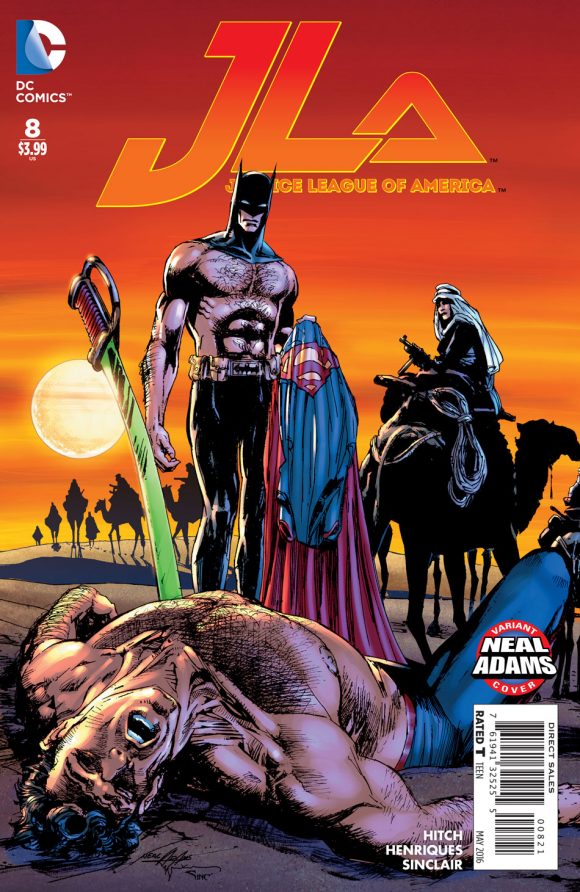 Dan: This would have been about what time?

Bill: 1977? ’78, somewhere in there. Because what happened was they were all graduating, I decided I would at least like to get a portfolio together, take it into DC, because I didn’t think my work was good enough for Marvel.

I’d fallen in love with fine art and abstract expressionism and jazz. I said well, “Maybe I’ll try to do some stuff in comic books.” So, I said since I love Neal Adams, let me channel Neal, because I know there are a lot of people doing Neal, like Mike Grell and Mike Nasser and people like that.

I’d drawn like 15-20 pages, pin-ups, storytelling pages, of all the DC characters that Neal was well known for. Didn’t have an appointment, I just thought at least I’ll get a critical review. I thought, if they give me a pin-up, I’ll get a pin-up. At least I’ll get some feedback and if I don’t get anything, I can go back and finish out my last year of art school and then decide the following year what I want to do.

Dan: What were some of those Neal characters?

Bill: Oh there was Batman, Green Lantern. Nothing with Deadman, but mostly all the stuff that he was doing at the time, Green Lantern, Green Arrow. I did Batman, Wonder Woman, the Justice League. 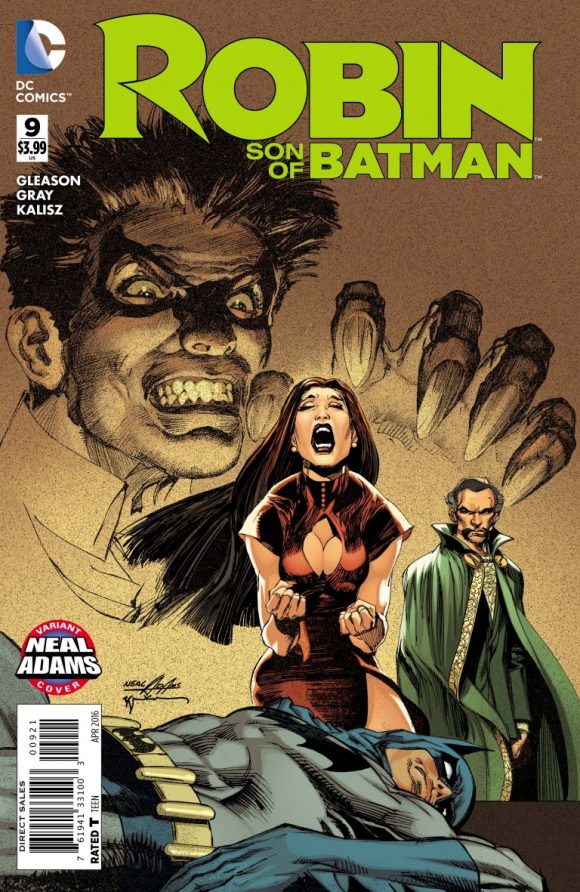 Dan: Why did you think you could get in at DC but not at Marvel?

Bill: I just didn’t think I was good enough for Marvel. When I went in to DC, Vinnie Colletta, who was the art director at the time, looked at my work and said, “I think you could be working, but in a couple of weeks you’ll be on the curb.” Because everybody was getting kicked out at that point, through the DC Implosion. (Click here for more on that.)

So, he called up Neal, and then somebody from Neal’s office happened to be there at DC and they walked with me over to Continuity (Neal’s Manhattan studio). So I’m walking in to meet my hero. He pulled all the artists out at Continuity and they were just talking about my work.

Again, I was a country kid, I had — everything I was wearing was petroleum based. There was no cotton. I had like, nylon, seersucker pants that were so largely checked you could play checkers on them. And chess at the same time, and not crowd out one box. An Eiffel Tower tie. I still remember it.

And Neal said he called up (Marvel editor Jim) Shooter, and said “There’s a guy here, he draws like me, make of that what you will.” So, I ended up going to meet with Jim Shooter, and I got hired at Marvel with nothing but a portfolio of DC characters. (Bill laughs.)

Shooter was like, “Look, costumes don’t matter. It’s the storytelling. And then when they offered me Moon Knight, I had no idea who that was. 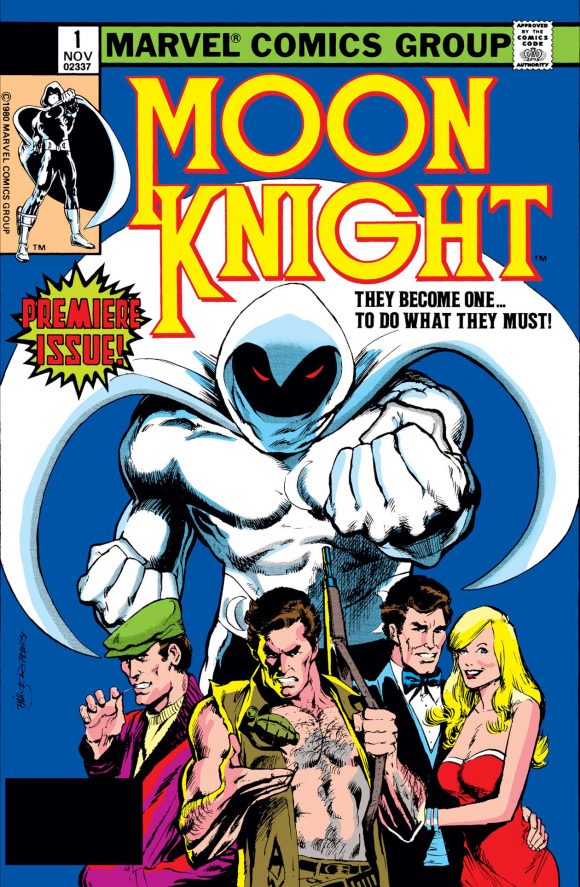 Dan: That was your first gig for them?

Bill: That was my first gig, yeah. Which was kind of weird, because when I went in there I was aware of the fact that I was sort of in this little maelstrom, this tornado of “I’m running with the day” kind of a thing. I just couldn’t believe it was happening. I was too ignorant to be afraid, but at the same time, I’m in there and then they offer me Moon Knight, and it’s like, “We can give you a series.”

I wasn’t gonna just get a pin-up or a review or a critique. I was literally going to walk out with a career. Which is more than I ever could have hoped for. It was beyond my wildest expectations.

And yet when they said Moon Knight, I was like, “Why not the Hulk?!” I was this mix of absolute ego and just this wide-eyed puppy of, “Oh my god, I’m getting to do comic books!” 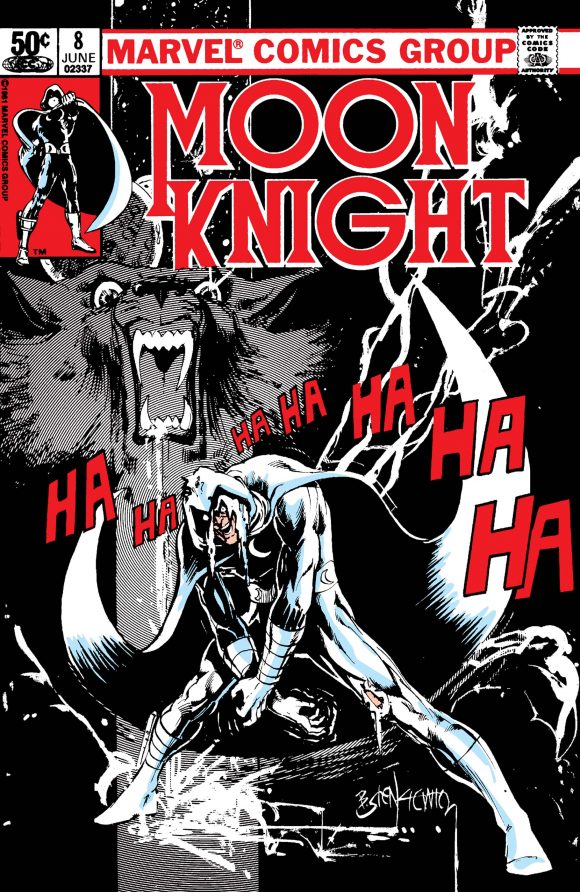 This interview took place at New York Comic Con and has been edited slightly for clarity.