A place of memory… 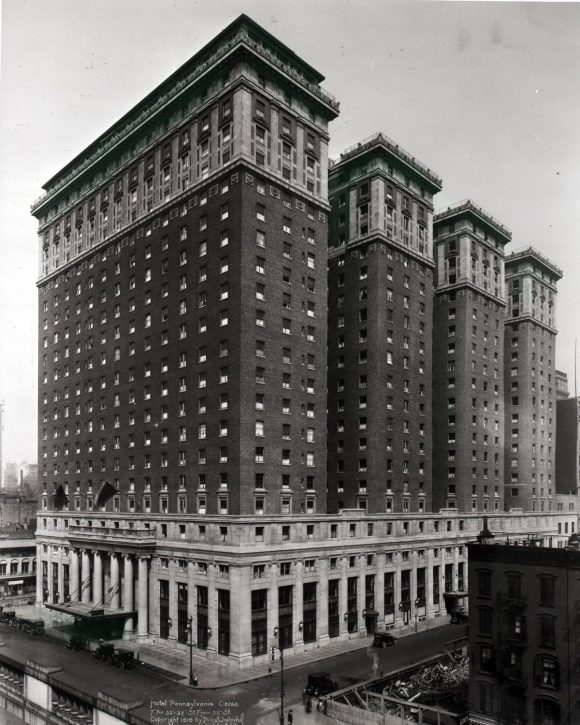 Nothing lasts forever. I get that. But it was still troubling to learn that the Hotel Pennsylvania, a shuttered old New York hotel across from Madison Square Garden, is expected to be razed.

It’s not that I have a particular affinity for NYC’s older buildings — I very much do, as it happens — it’s just that the Hotel Pennsylvania has hosted many a comics convention since the 1970s, including my first solo outing when I was about 12 or 13 years old.

I didn’t know comics conventions were even a thing until about 1979, when my mother took my sister and me into the city for Beatlefest. Paula, who is 4 1/2 years older than me, had fallen under the Fab Four’s spell well after they’d broken up but was eager to experience all things John, Paul, George and Ringo, whether it was Beatlemania on Broadway or Beatlefest, a major convention now known as the Fest for Beatles Fans. 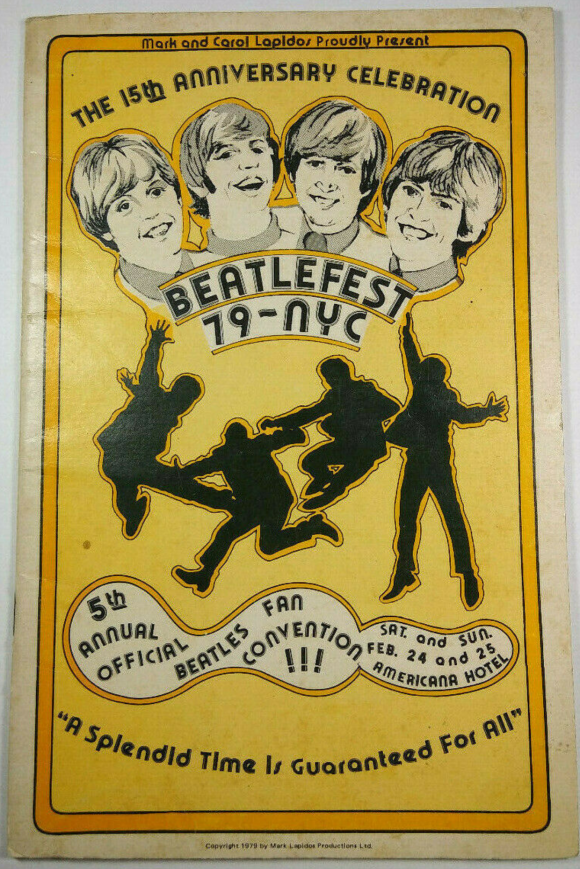 Anyway, evidence suggests that Beatlefest was at the Americana Hotel — now the Sheraton New York Times Square Hotel. (For years, I swore this show was at the Pennsylvania but now I think I was wrong.) Either way, we took the elevator up and landed on a floor where there was a convention, all right — a comics convention. It was the wrong floor and it was as if Captain Marvel zapped me right between the eyes: I peered into this big ballroom and there was table after table of old comics just waiting to be stared at and bought.

Even though we were there for Beatlefest, my Mom took pity on me and gave me a little bit of cash to go enjoy myself. (Begging was involved.) I had just enough to pick up one or two things but the main upshot was now I desperately wanted to go to a comics convention for real, for a whole day. 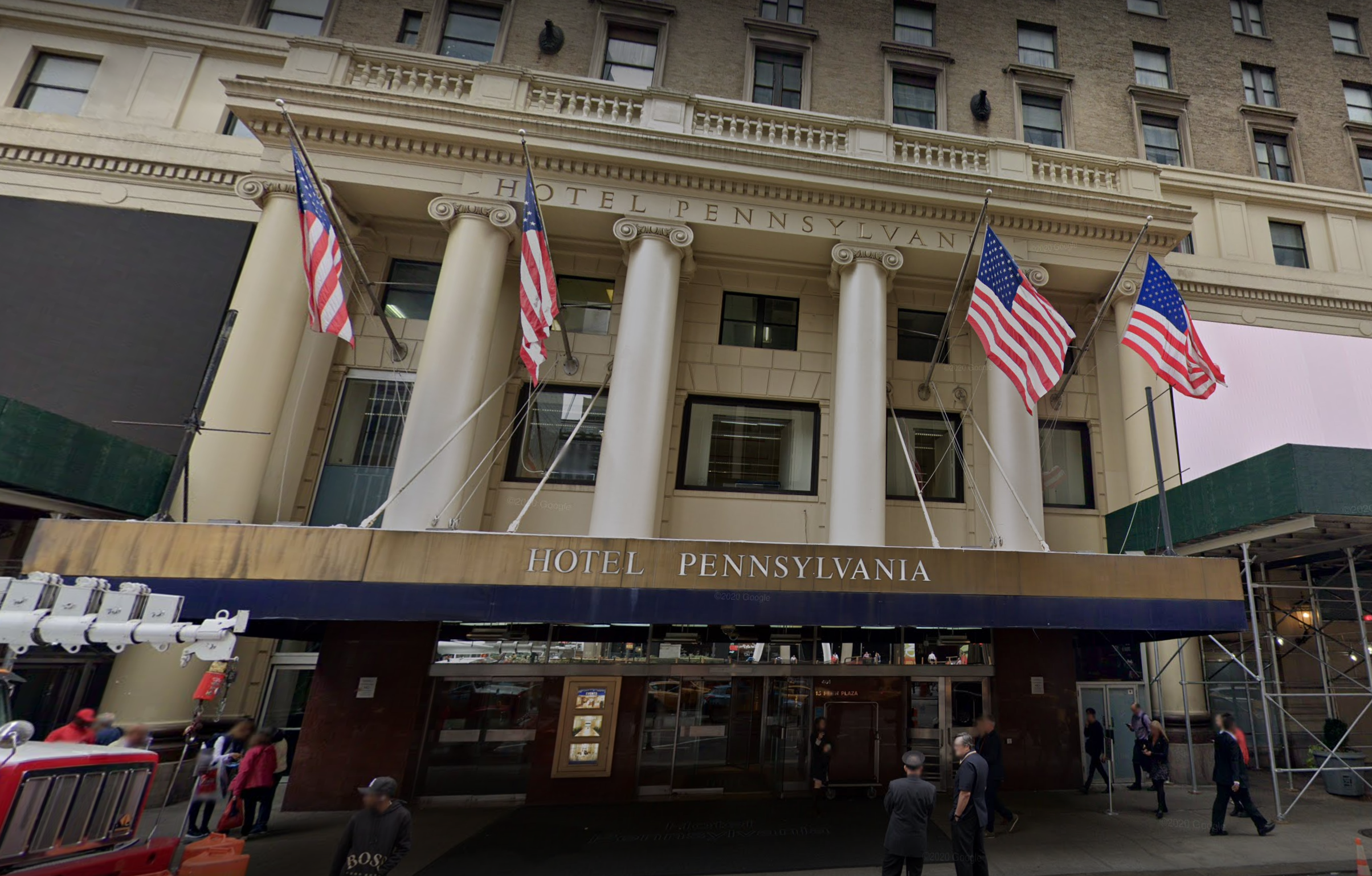 Months passed — my memory isn’t clear on how many — but eventually, I got my wish: a day at the Creation Convention at the once and future Hotel Pennsylvania, perhaps known at the time as the New York Statler.

It was not only exciting that I got to go — it’s that I got to go by myself to a big New York event: I could take the time to browse the tables and thumb through the longboxes at my own pace amid thousands of fellow travelers. I wasn’t quite savvy enough yet to check out any panels or presentations; I just wanted as many old comics as I could add to my burgeoning back-issue collection. 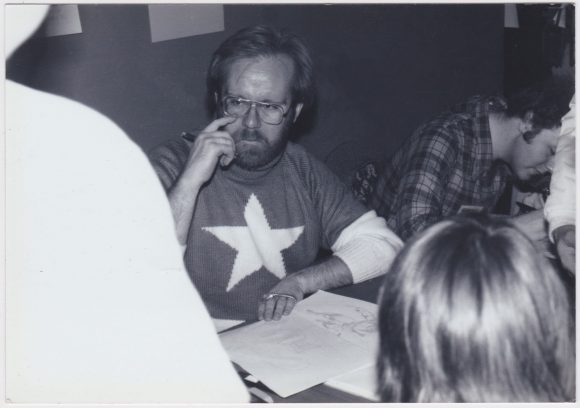 John Byrne at what I believe is the same Creation show I went to. Photo from The Collection.

My clearest memory was sitting on a wall outside MSG waiting for my Mom to pick me up when I saw a guy in a full-on shorty-pants Robin outfit leave the hotel, cross the street, walk down the block, cross back over, and return inside, as seen-it-all New Yorkers howled in appreciation (and derision), with a number calling out to the guy and asking him where Batman was and so forth. This was New York in the ’70s, folks, so like the Teen Wonder on patrol, this poor guy was practically taking his life into his own hands. 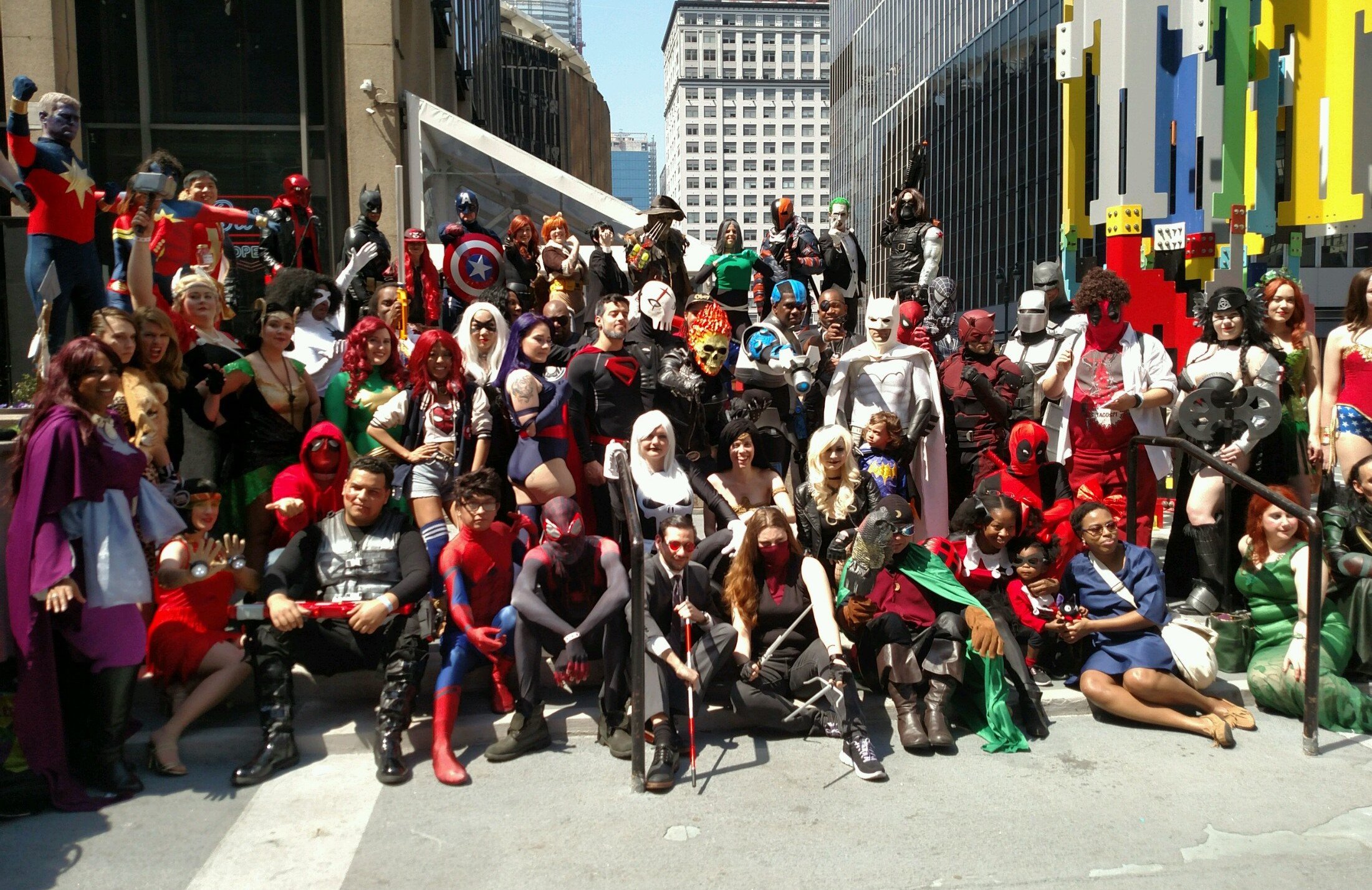 How times of changed. Behind these fans sits the wall where I waited for Mom. Now, EVERYONE cosplays — but I don’t see a shorty-pants Robin in the bunch! Photo from Big Apple Comic Con.

This would be my last comics convention for a long time, but the Hotel Pennsylvania would remain the site for accessible, old-school shows on and off for decades to come. Finally, some years back, I made a return engagement after Mike Carbonaro brought his cons to the hotel complex. Compared to New York Comic Con and San Diego Comic-Con, the new shows were pleasantly analogue, even if often cramped and a little seedy. 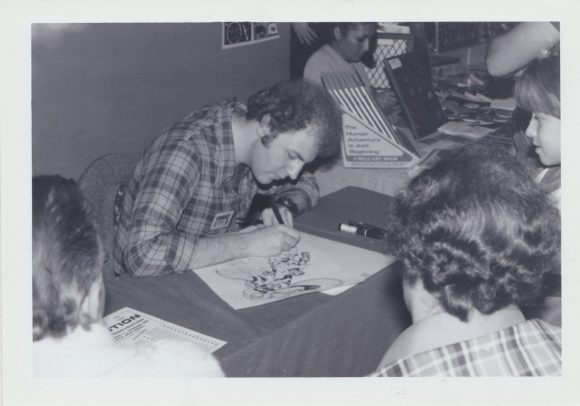 The most important thing is I took my son Sam with me a couple times just for nostalgia’s sake. We loved every minute.

The Hotel Pennsylvania has faced the wrecking ball before but this time it looks like it’s going to happen. I’m not sure when but it should be relatively soon.

And with it will go a place that keeps a home in the hearts of thousands of comics fanatics like you and me.

— How THE BEATLES Made Me an Even Bigger Comics Fan. Click here.